Lenovo’s latest investment, ZUK, launched their first smartphone today. Already Chinese media have shared their hands on photos of the ZUK Z1 along with Antutu benchmarks.

The ZUK Z1 launched today with a RRP of just 1799 Yuan for the Chinese Mainland. The Chinese version of the phone was surprisingly announced with the aging quad-core Snapdragon 801 chipset running at 2.5Ghz, 3GB RAM and 5.5-inch FHD display.

Party trick specifications include a finger print scanner below the display with integrated gesture controls, 64GB internal memory as standard and USB Type C 3.0. What is also interesting is that the Z1 ships with a pair of USB Type C earphones with adjustable noise cancellation and also packs a 3.5mm headphone jack too. With two audio output options it means that two people can share music or listen to a movie via the phone with no need for a splitter cable.

A 4100mAh battery has fast charging and ZUK have designed the charger in such away that it protects the battery while charging to extend battery life.

As standard the ZUK Z1 comes in white with glossy rear panel. The back can be removed (although the battery cannot) and options wood panels will be available for the new phone after launch through the official ZUK store. 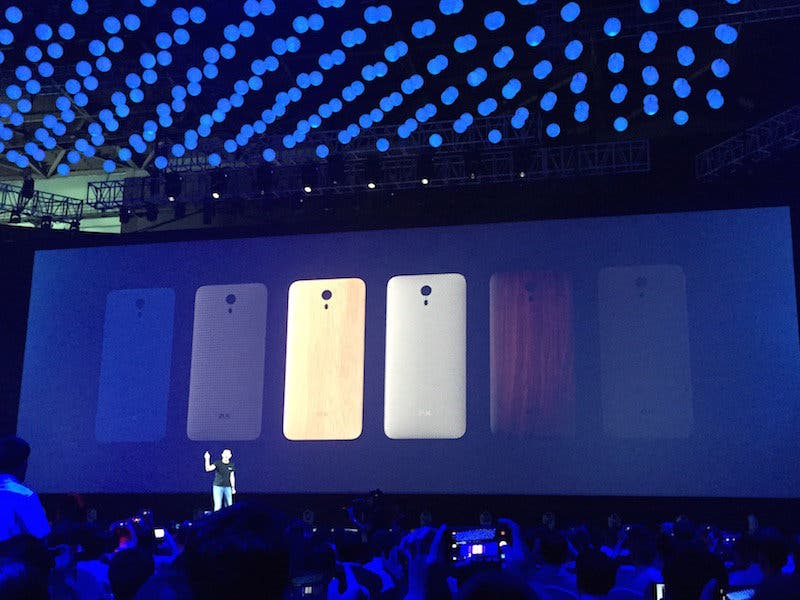 In addition to the hands on photos, ZUK also posted a screenshot of an Antutu benchmark score obtained on the Z1. A score of 47,463 points is very impressive for a phone running last years quad-core processor and 3GB RAM. In comparison I ran Antutu on the OnePlus 2 today and (octacore Snapdragon 810 and 4GB RAM) and managed a score of 52,589, so the old SoC isn’t too far behind the new breed. 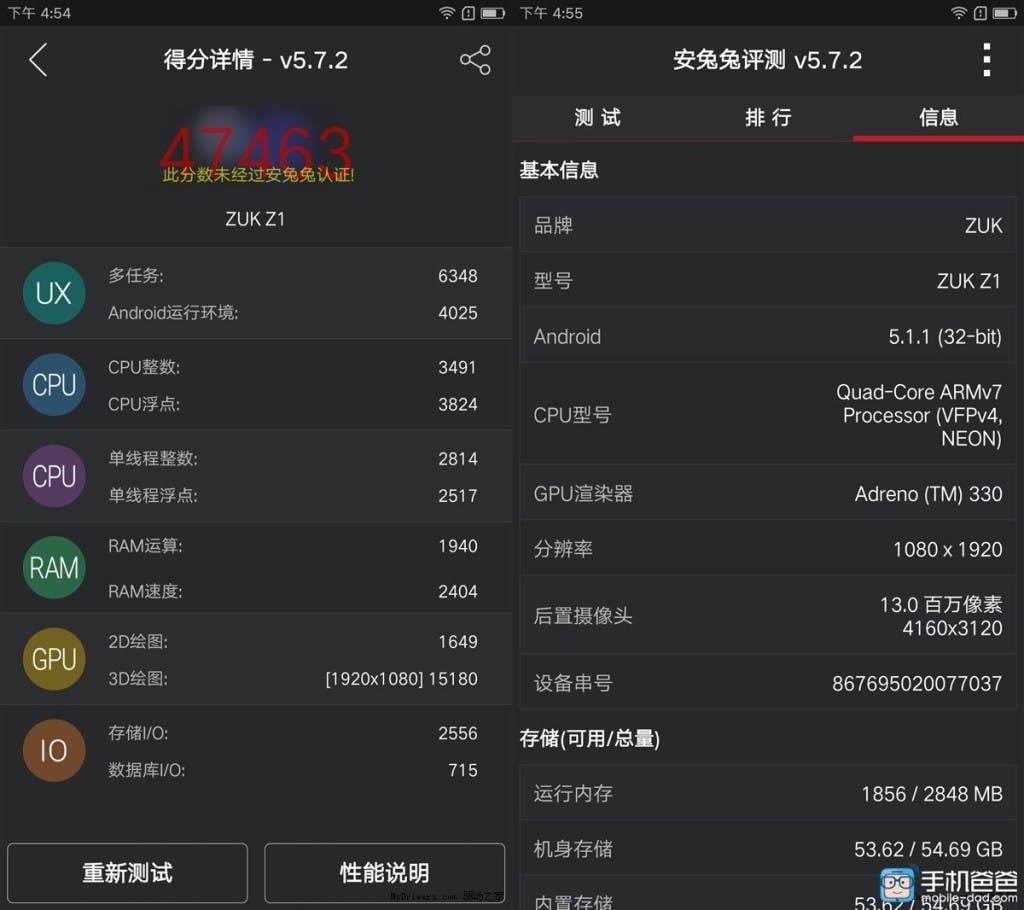 The ZUK Z1 is already on sale in China for 1799 Yuan for the standard 64GB version, an International model will be released before the end of the month and will go on sale through the official ZUK international store.

Next Z1-Smooth handheld stabilzer review: A worthy addition to your backpack