ZUK recently launched its first ever smartphone in China and during the event had an innovative transparent phone prototype on display.

The ZUK Z1 lauched earlier this week with 5.5-inch FHD display, USB Type C, Snapdragon 801, 3GB RAM and low asking price of only 1799 Yuan. The launch on the 11th was all about the ZUK Z1, but during the show fans and media were allowed to glimpse the future of smartphone design.

A bezeless ZUK smartphone model with transparent body was shown at an “experience” booth at the launch event filling us with hope of some very cool and interesting phones from the Lenovo sub brand in the future. 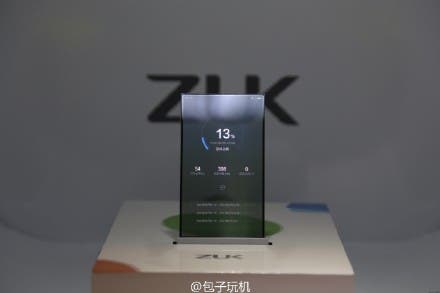 Obviously the prototype on display is nothing more than a display with all the electronics, power supply and other necessary hardware hidden in the large box beneath, but it is an exciting concept non the less, and proof that ZUK aim to be in the market for the long run.

I will be heading to Shenzhen at the end of this month to take part in the ZUK Z1 international launch. Keep posted for my hands on and first impressions of the new flagship and more ZUK news.

Microsoft Band 3 would have been an excellent wearable