Ahead of tomorrow’s launch, I get my hands on the ZUK Z1 to see if the latest Lenovo brand and start-up have what it takes to tackle the Chinese smartphone world.

The ZUK Z1, the first phone produced by the Lenovo backed start-up, was released on the Chinese market earlier this month in Beijing, and tomorrow we will learn what plans the company has for an international release.

Although nothing will be official until tomorrow, ZUK have been kind enough to give me a Z1 phone in the international packaging to get to grips with. As far as I can tell the hardware of the phone I have is the same as what ZUK will offer to customers outside of China, only the ROM will be different to the international market (but this will be revealed tomorrow). 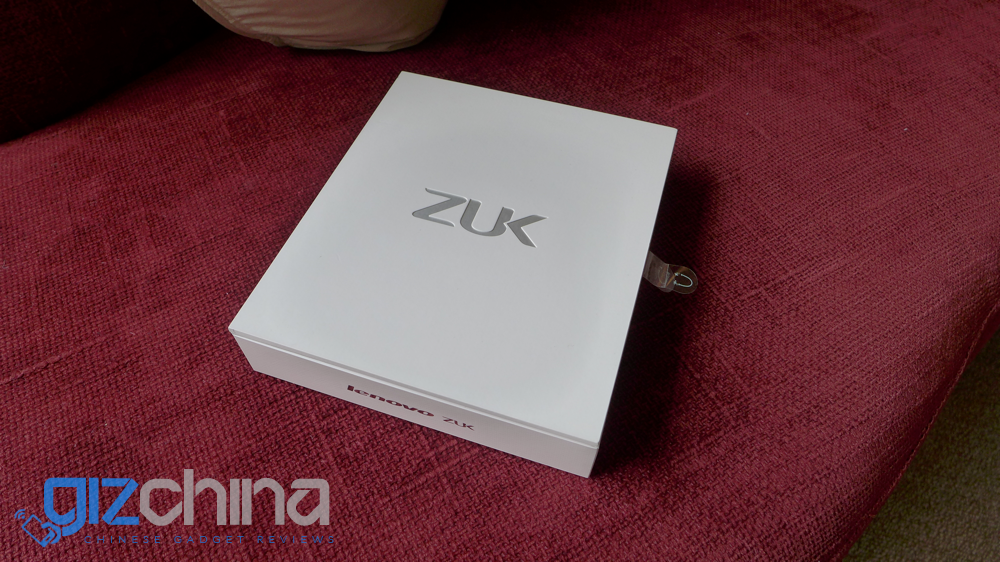 Compared to the Chinese packaging, the ZUK Z1 for the rest of the world comes in a larger and more substantial box. The thicker box will mean peace of mind when having the phone shipped to you, but the large packaging doesn’t mean you get any additional accessories inside, in fact we are getting a little less. 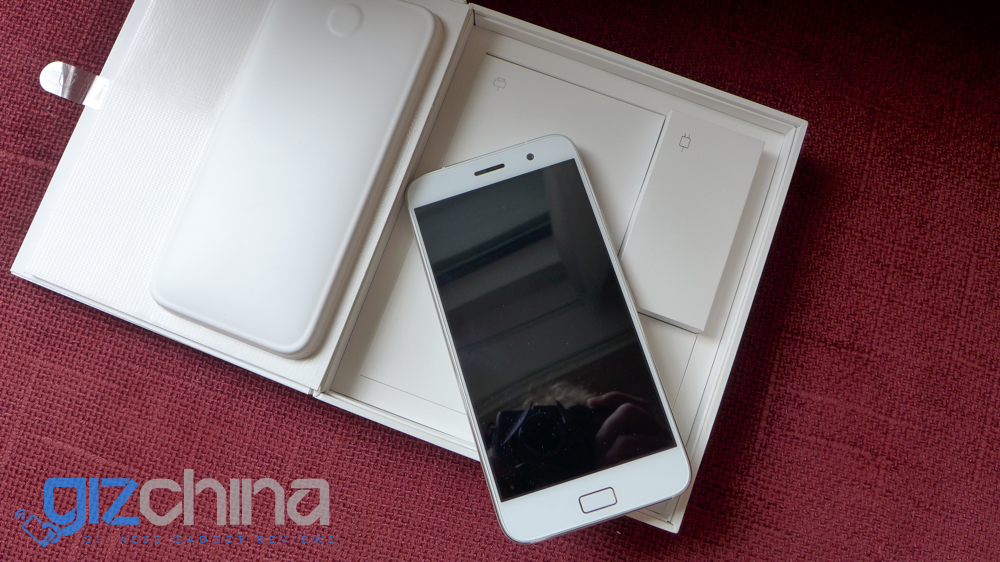 While Chinese customers will get a pair of USB Type C earphones, the international packaging only includes a USB Type C cable, EU charger, warranty and quick start guide plus the phone itself. 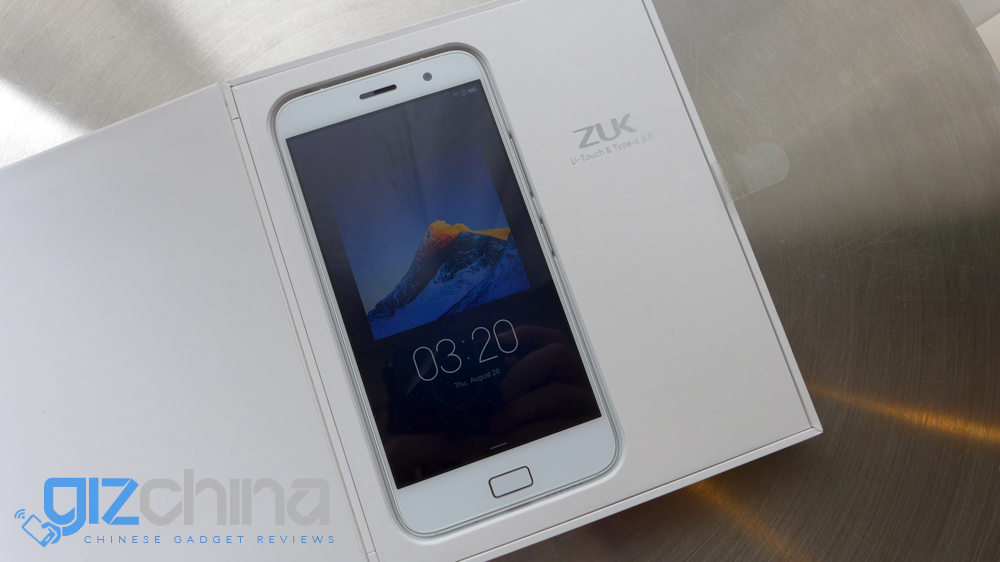 The phone itself is of an alloy, glass and plastic construction. The glass being across the front 5.5-inch 1920 x 1080 display, plastic on the rear and alloy making up the rounded chassis. Speaking of which the chassis looks like plenty of other 2015 Chinese phones i.e similar to the iPhone 6 Plus.

In the base of the phone there is a speaker, microphone and USB Type C 3.0, so we can look forward to fast transfer speeds, in addition to fast charging and even audio support. The left side has space for dual nano SIM cards, there is no SD card support as the phone comes with 64GB as standard.

On the right we a power and volume rocker and in the top a 3.5mm headphone jack, so with a pair os USB Type C earphones and a standard pair, 2 people can enjoy audio from the phone at once. 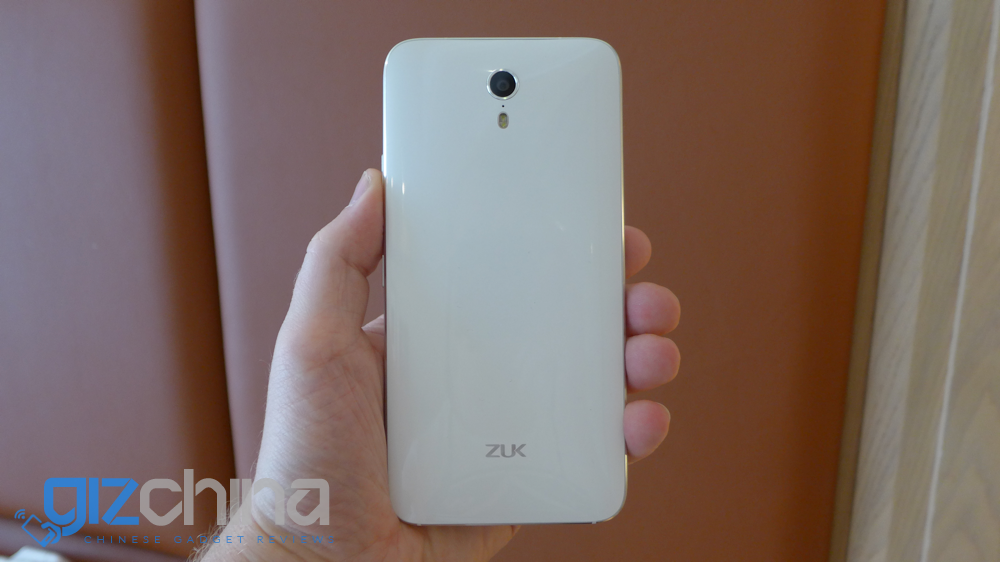 The back of the phone is plastic (possibly removable but I have not tried) with ZUK logo, dual LED flash and 13 mega-pixel main camera. The camera also boasts OIS for steady imaging and an aperture of F2.2 which isn’t the largest, but thankfully doesn’t really hinder night performance too much either (see samples here).

Back to the front there is a physical home button which built-in fingerprint scanner. The button also supports ZUK’s Utouch gesture control system. Sliding down on the button takes you back, and while in an app left and right swipes will take you to other apps running in the background (you can see this in action on the video). It’s a neat and well optimised system for multi-tasking. Because of the home button and the larger than standard gap between the screen and button the ZUK Z1 is slightly longer than other 5.5-inch phones. Compared to the OnePlus 2 the ZUK Z1 is around 4mm longer and a couple of mm wider.

I’ve not had chance to see how well the 4100mAh battery lasts yet nor have I tested GPS or audio, but I have tested ZUI on the phone and it all runs very smoothly with no lag. The 2.5Ghz Snapdragon 801 really was a clever choice by ZUK, it kept costs down and means killer performance, not to mention the fact that the SoC is well understood by developers opening up the chance of plenty of custom ROM options.

Speaking of the ROM, my version of the phone runs ZUI which has English and Chinese but no Google app support, the final launch phones will ship with another ROM (which will be announced tomorrow) that will support Google services, and will please many Android fans.

Considering the 1799 Yuan retail price, 64GB RAM, OIS, fingerprint scanner, huge battery, quick charger, fast USB Type C and decent build quality the ZUK Z1 is a great first phone from the company. The choice of a Snapdragon 801 and a massive 4100mAh battery are very smart, and I think people choosing the phone will be more than happy with the performance (and I hope battery life). I believe that tomorrow when we finally learn more about ZUK’s international launch, their mystery international ROM, and pricing we will have a better idea of how the ZUK Z1 will compare against it’s rivals, but so far I am more than impressed.