I met up with the shop.gizchina.com team today who gave me a rather exciting present, the Xiaomi Redmi Note 2. Here is my first hands on and impressions of the latest Redmi device.

At the time of writing this hands on and first impressions I have lost my voice and in a hotel room with less than adequate light conditions, so a hands on video will have to wait until later on in the week, but what I can give you now are my initial impressions of the 2nd generation Redmi Note.

Opening the all to familiar Xiaomi packaging brings me face to face with the Xiaomi Redmi Note 2 for the first time, but like the recycled cardboard box the face of the phone is a familiar sight. With a 5.5-inch display and red navigation hardware buttons there are some similar features on the Xiaomi Redmi Note 2 compared to the original model, but the design is now slightly more compact, more rounded and finished to a high standard.

Narrower bezels and a slightly thinner body means the new Redmi Note 2 feels right at home in the palm of your hand. It might not be as compact as some other 5.5-inch phones, but there is very little in it and at this price the increased attention to detail is even more notable. To compare to other phones, the figures of the Redmi Note 2 are 152 x 76 x 8.25mm. Adding to the overall quality feel is the soft to the touch finish of the removable rear panel. As per usual Xiaomi have released on the white version of the Xiaomi Redmi Note 2 for now, but other colours are coming, and as the back can be taken off it will be easy to switch to the one you want. The soft to the touch panel is similar to the panel on the Xiaomi Mi4i and the original white OnePlus One. 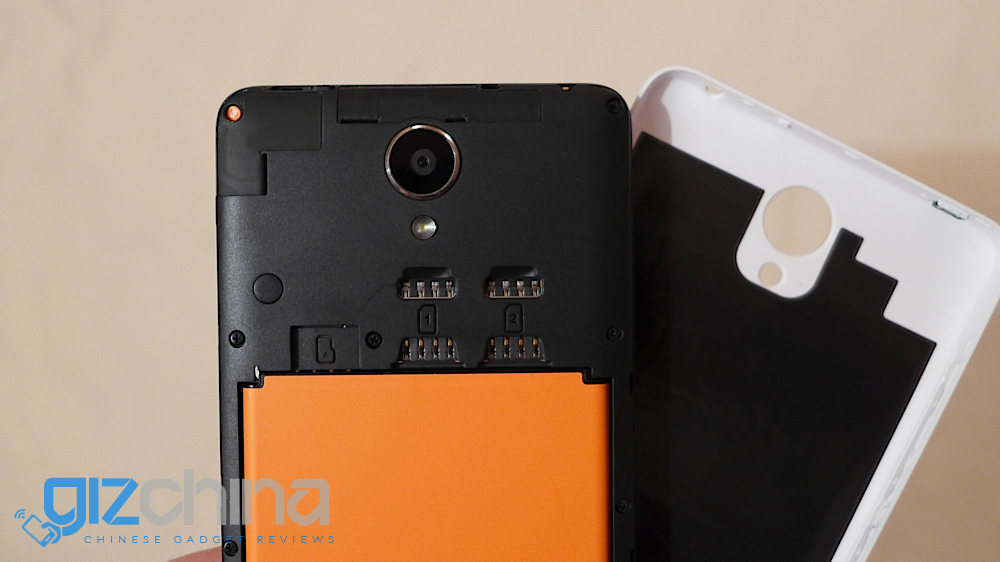 Removing the rear is simply a matter of pulling at one of the corners and once inside the big orange 3020mAh battery of the Redmi Note 2 is visible. Just as with the older Redmi Note the battery is removable and there is space for dual SIM cards and even an extra slot for an SD card!

If we move on to the exterior of the Redmi Note 2 again we see that 13 mega-pixel main camera which boasts fast PDAF auto-focus (Phase Detection Auto Focus) and a single LED flash.

At the top there is a 3.5mm headphone jack and an IR sensor allowing the Xiaomi Redmi Note 2 to be used around the house as a universal remote. Power and volume buttons are located on and right, standard USB on the base and a speaker is found on the rear.

So from a design stand point the Xiaomi Redmi Note 2 is a better looking, more comfortable, and overall better engineered phone, but not all the differences are cosmetic. 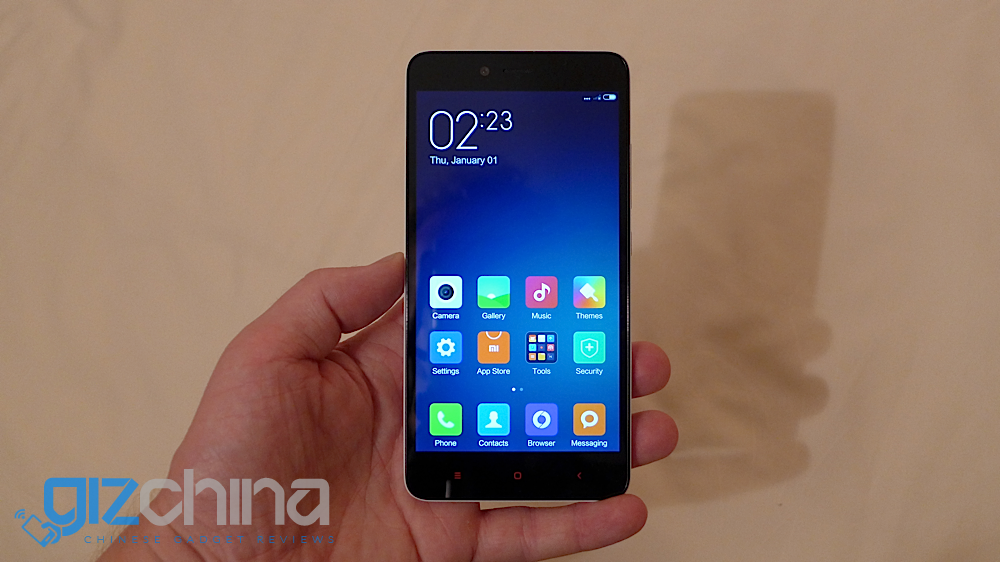 That 5.5-inch panel may not have grown any but the resolution has increased to FHD standard giving the panel 1920 x 1080, the same as most modern day flagship phones. Below the screen are backlit capacitive buttons and above a 5 mega-pixel camera with face beauty options. The 13 mega-pixel main camera on the rear is an update on the old camera. It still comes from Samsung though but now boasts PDAF for a claimed focus time of 0.1 seconds. PDAF is a feature we are starting to see on more and more phones, but not generally on devices that cost so little.

Other upgrades go on under the skin. The processor in this model is a Mediatek X10 Helio chip running at 2.0Ghz. There will also be a ‘prime’ version of the Redmi Note 2 with 2.2Ghz chip, but so far it is unreleased in China. The Helio X10 is a stonking performer and again a surprising addition on a phone that costs so little. The first thing you notice when turning the phone on is the screen. Compared to the older 720p panel the 5.5-inch 1920 x 1080 screen on the Redmi Note 2 is crisp, sharp, clear and vibrant. I’ve only used the phone in the evening so will need to wait until tomorrow before I test it out in the burning Shenzhen sun.

So far I have no gripes about performance and so far the Redmi Note 2 seems way more responsive and stable than the Xiaomi Mi4i. Mediatek really have come of age with these Helio chipsets!

Xiaomi’s claim of a 0.1 second focus speed is only partially correct. I certainly see the speed of focus when going from a close up to something at more of a further distance (its almost instant) but items that a closer to the phone give it something to think about. Again I have only used the Redmi Note 2 in the evening with lower light which might be part of the reason, and I plan to fully test the camera tomorrow in the daylight. 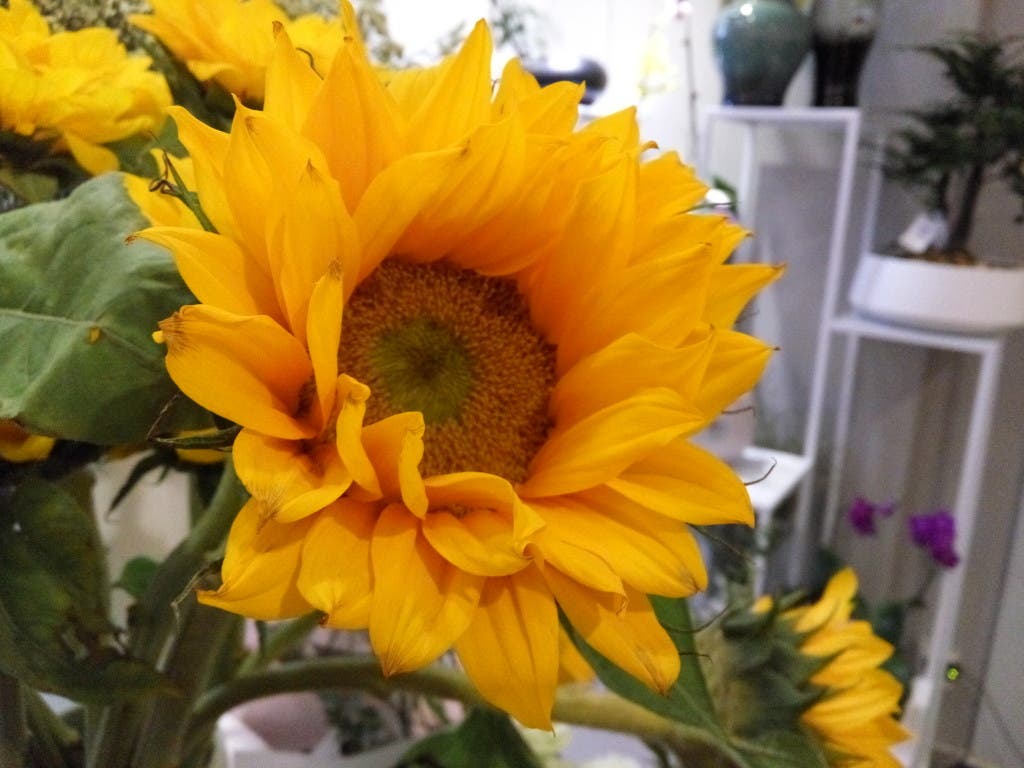 That said though the camera on the Xiaomi Redmi Note 2 is well above and beyond what we have seen of a Redmi phone so far, and the images snapped are good considering the cost of the Redmi Note 2 package. Below are a few samples from this evening, more camera samples will be posted tomorrow.

So far I am very impressed with the Xiaomi Redmi Note 2, it is by far the best Redmi Xiaomi have made, it looks and feels better and the hardware it boasts is good enough to keep it ahead of the competition for sometime to come. I also have to admit that the Redmi Note 2 is a better performer so far when compared to the Xiaomi Mi4i, MIUI has been faultless with no slowing, lag and there is no overheating present either.

Keep posted for tomorrow when I plan to post more Xiaomi Redmi Note 2 camera samples and give you more of an insight of the phone after a day of use. For those of you wanting to buy the Xiaomi Redmi Note 2 head over to shop.gizchina.com where you can choose to have the phone shipped from China or the EU right now.

Next UMi eMax getting Android 5.1 update