While most of the world will be focussing in IFA in Berlin this week, Chinese smartphone fans will be keeping an eye on PPTV when they launch their first smartphone on the 7th September.

PPTV are a video streaming provider in China similar to Netflix and not 100 miles apart from fellow content provider LeTV. Earlier this year we saw LeTV release 3 Android smartphones which have proven to be so successful that 1 million LeTV devices were sold in only 3 months!

PPTV are obviously hoping for similar success with the release of their new smartphones which could boast 3D screen technology. 3D screens have been used in Chinese smartphones in the past without much success but the new teasers make it sound like PPTV have a new 3D tech that can convert 2D video in to 3D on the fly. 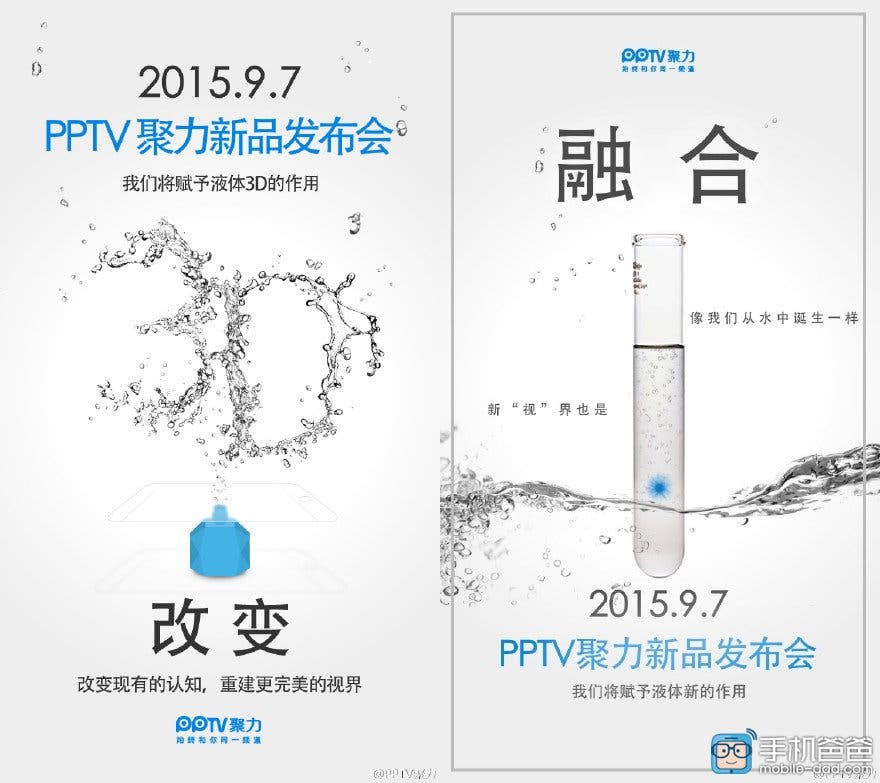 In addition to 2D the panel may also be a 2.3D 2K unit! With 3D and 2K technology we certainly hope the processing power of the phone is going to be up to the job and we are equally intrigued by how large the battery in this phone will be.

Is 3D a feature that still interests you?

Previous Another OnePlus One allegedly explodes

Next Lenovo Phab Plus launches in China with 6.8-inch display