There are rumours that OnePlus will launch another phone at the end of the year, while it might be nice to hope for a OnePlus 3 a leaked internal email makes it clear that can’t be the case.

OnePlus will be launching another phone/device by the end of this year. It has been mentioned my OnePlus staff, and if we are lucky we might see the phone launch in time for Christmas. But don’t hold out for the OnePlus 3 yet.

The email goes on to say that the OnePlus 3 will really shock the industry, but they must also realise that they all have difficult challenges to face before the end of the year is here. 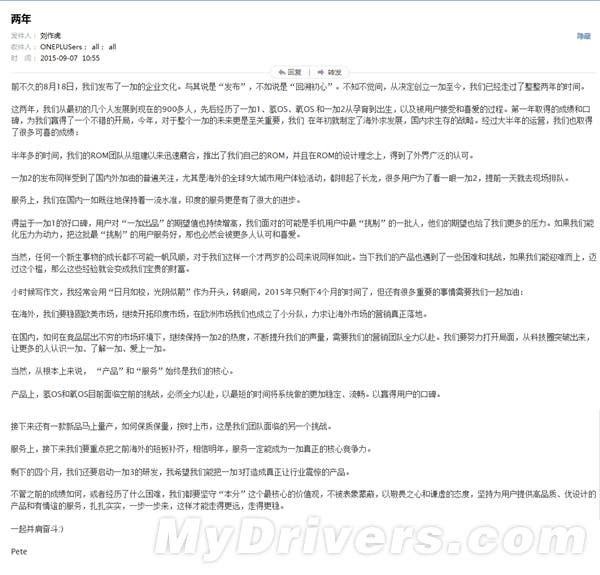 So whatever OnePlus do plan to launch next it won’t be the OnePlus 3, but then what will it be? Could it be a phone designed for fans of stylish lower powered devices? Or is the device not a phone at all?

Next HTC officially releases the underwhelming Desire 728 in China