Yu’s newest, the Yu Yunique is now alive and kicking. After being leaked hours ahead of launch, full spec info and other details about the device are now available.

What makes the Yunique unique is the fact that it is the cheapest Cyanogen OS phone around at just 4,999 INR or US$75. Not just that, the Yunique also happens to be the most affordable 4G phone in India according to Yu, which is a Micromax subsidiary.

The Yunique comes with a 4.7-inch 1280 x 720p HD display, and is powered by a 1.2GHz quad-core Snapdragon 410 processor along with 1GB of RAM and 8GB on-board storage. Besides that, the US$75 phone has an 8 mega-pixel rear camera, 2 mega-pixel front facing shooter and a 2000mAh battery. 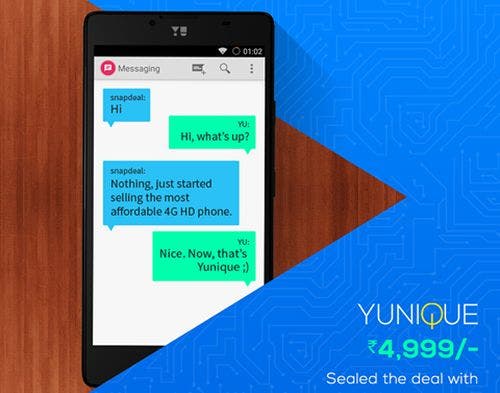 It runs Cyanogen OS 12.1, based on Android 5.1.1. If you’re in India, you’ll be able to purchase the Yunique from Snapdeal every Tuesday at 12pm noon starting 15th September.

Yu has been fairly well received in India since its first phone, the Yureka (review). The young phone maker followed it up with the Yuphoria, Yureka Plus and ultimately the Yunique.

A more powerful Snapdragon 810 version too is expected to be unveiled, leaks and rumours of which have been making rounds lately. Keep watching this space for updates!

How’s the Nougat performance on the budget AGM A8 ?

First Impressions: The Elephone Trunk is a shockingly nice $100 smartphone