Geekbench has been providing all the answers today, first pointing out specs of the new Meizu and now with details of the Huawei Nexus.

Later this year Huawei and LG are believed to be launching new Nexus phones. There have been a boatload of leaks on both devices all ready, and now Geekbench scores reveal some of the details of Huawei’s offering.

Google Nexus devices always ship with the latest Android OS, so it is no surprise that the Huawei Nexus shows up with an Android 6.0 build. That tasty Marshmallow treat runs on a Snapdragon 810 chipset and 3GB RAM. What Geekbench doesn’t tell us, but other leaks have pointed at, is a USB Type C socket. 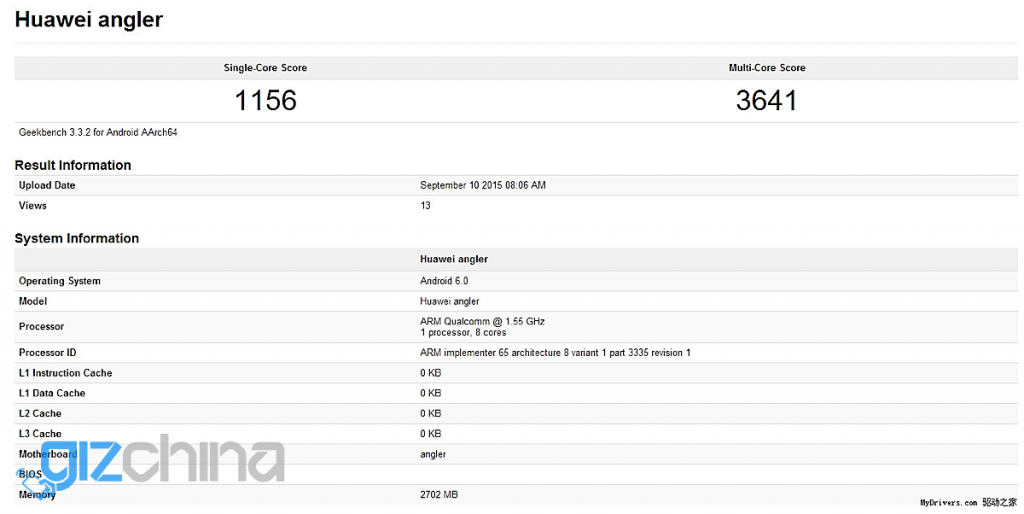 One point that remains unanswered is the resolution of the screen. It seems like a 5.5-inch panel will adorn the front of the Huawei Nexus but will it be a 1080 panel or 2K panel? For their own flagship Huawei have been firm to stay away from 2K screens, will this continue for the Nexus?

Next Flyme 5.0 launching on 23rd September