It seems as though making phones is in the genes of the Chinese. No wonder that an online content provider comes out of nowhere to make a phone (three, actually), which kills every other in its price rage. I’m referring to LeTV, if you’re wondering.

Its been a few months since the first lot of LeTV phones came on the market, and its about time that the online giant did another (few) launch(es). The company’s been teasing a Snapdragon 820 powered phone, reportedly the LeTV X Pro.

AnTuTu benchmarks of this very device have surfaced, and sure the phone does seem as powerful as promised. It scores a massive 75,413 points on AnTuTu, which should give you an idea of what the phone is capable of doing. 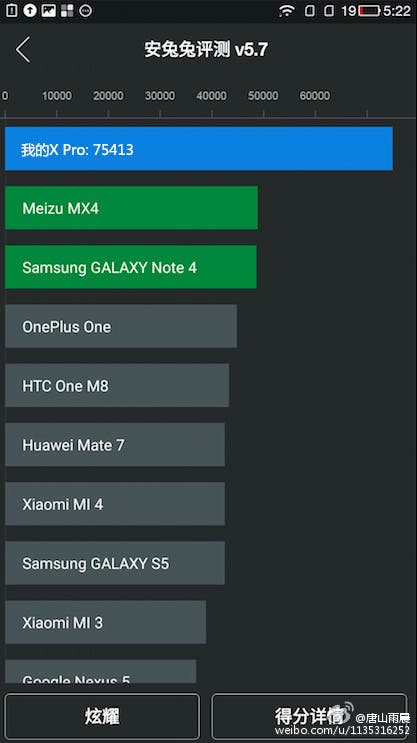 Once a geek-only benchmarking app, AnTuTu is now used by Chinese companies who want to flaunt their new device. Often, benchmark scores such as this will leak out much ahead of launch to create hype.

Coming back to the LeTV X Pro, the phone is expected to ship with a 21 mega-pixel camera, a fingerprint scanner and 4GB of RAM.

Previous No.1 S3 smartwatch adds functionality and beats the competition on price