Meizu’s been fairly busy launching new phones this year, but today’s launch of the Meizu Pro 5 will be the company’s biggest and most important for this year.

The impressive MX5 was launched only a couple or so months back, but the need for a higher-end smartphone lineup has lead Meizu to give birth to the ‘Pro’ line. The Pro 5 is the first from this series.

From a distance, the Meizu Pro 5 will look pretty much the same as the MX5. It’s only when you get closer up that the differences will start showing. For one, the Pro 5 has 2.5D curved glass (which is a first for Meizu) over its 5.7-inch 1920 x 1080p Super AMOLED screen.

Like the MX5, the Pro 5 features a single button below the screen which acts as the back and home button, as well as a fingerprint scanner. The difference however is that Meizu have made the fingerprint scanner even faster on the Pro 5 (the MX5 has a really nice scanner already).

Beneath the cosmetics, you’ll find a Samsung-made Exynos 7420 octa processor ticking along with either 3GB (and 32GB storage) or 4GB (and 64GB of storage) of LPDDR4 RAM. Meizu are keeping up with the trends, and will ship the Pro 5 with a USB Type-C connector on the chin of the phone. You might be happy to know that the Pro 5 will support microSD expansion.

Another improvement over the MX5 is the camera. The MX5 ships with a Sony IMX220 sensor, while the Pro 5 gets the slightly higher-end IMX230 from the same company. Meizu claim you can take a photograph in a mere 0.7 seconds thanks to the tech they’re using. On the front, the Meizu Pro 5 will have an OmniVision OV5670 5 mega-pixel sensor.

The Pro 5 will continue to feature Meizu’s mCharge fast charging technology, which on the 3050mAh battery of the Pro 5 will charge it from 0-65% in 30 minutes.

Meizu have also introduced their newest iteration of the Flyme OS — Flyme5. 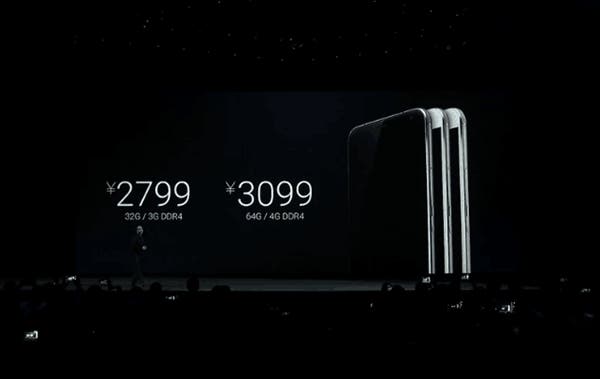 The company’s also offering a couple other retail versions of the Pro 5, one with a Harman Kardon stereo kit and another with Soho II NC with active noise cancelation headset for 4098 Yuan (US$642) and 3698 Yuan (US$579) respectively.

Previous LeTV X Pro does OK at AnTuTu with over 75,000 points

Next Meizu Pro 5 specifications and pricing