Tablet maker Ramos released its first smartphone this year and are now teasing a second larger model with 6000mAh battery.

A few months ago Ramos held a press event where the tablet maker released its first Android phone. The Mos 1 costs 1999 Yuan in China, is designed to be visually similar to the iPhone 6 while remaining slimmer and obviously more cost effective. We were impressed to see that the first Ramos phone boasted a slim 1.9mm bezel, 7.6mm thickness while retained a large 3050mAh battery, a still overlooked area by some phone makers.

The battery is once again a point of consideration on a new Ramos phone that is being primed for a launch in October. The new model is called the Ramos Mos 1 Max hinting at a large screen size (possibly 6-inch), and rumoured to get a larger battery to match.

The first teaser shows the battery as a selling phone of the new phone, but if that’s not proof enough then we have a leaked photo of a 6000Ah battery manufactured my BYD that is destined to live in the device too. 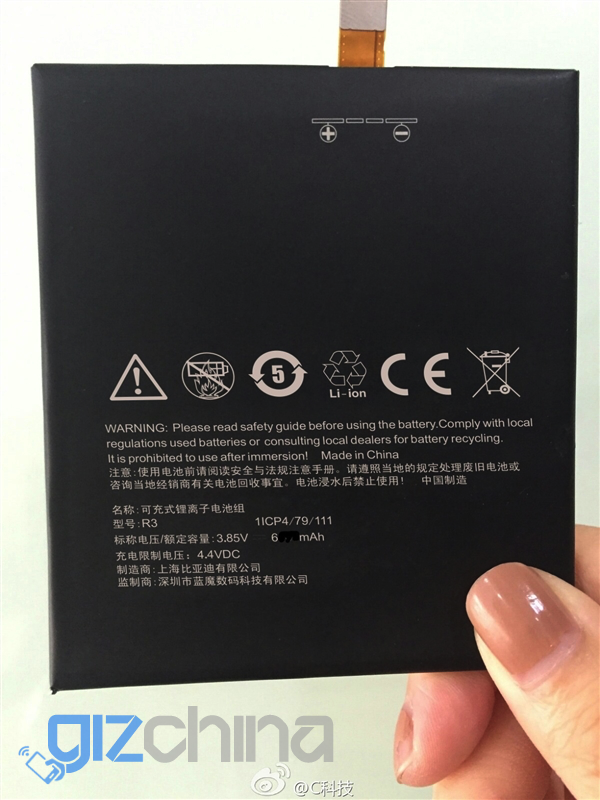 Ramos are expected to ramp up the marketing for the Mos 1 Max and we hope to see another Qualcomm powered device with slender design released at the launch.