Believe it or not but we are only a few months away from 2016! Christmas, New Year celebrations and new phones are just around the corner, including 7 new phones in total from Zopo!

Most of 2015 has been a little quiet for Zopo. We have seen them officially launch in Spain and India, and they have also released the Speed 7 and 7 Plus, but that’s about it. It’s not much, but those international launches have laid the groundwork for the 1st half of 2016.

Zopo have no secrets about what we can expect from January to August, and have helpfully posted their product roadmap on Weibo naming each device they have planned and a rough idea of when we can expect to see them. 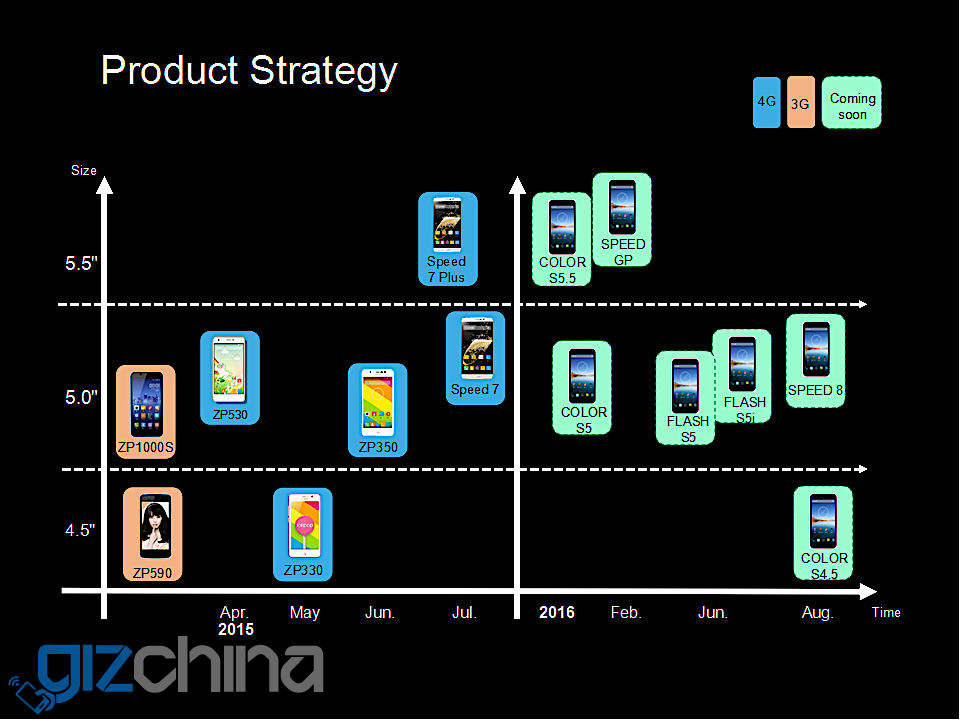 Starting in January Zopo will launch the Zopo Color S5.5 (5.5-inch display?), followed by the Color S5 (5-inch display) and Speed GP in early February. The Speed GP will likely be a follow up of the most recent limited edition device Zopo launched in Spain.

Between March and July the Zopo the Zopo Flash S5 and Flash F5i will be announced. Both models should have 5-inch panels, stylish designs and camera-centric features. Next inline is the Zopo Speed 8, the latest addition to the flagship speed range.

Finally (at least for the 1st half or 2016), Zopo will release the Zopo Color S4.5, which could be a 4.5-inch smartphone. If done well and with high enough specifications this might be one to watch.

So that’s what Zopo has planned, but are you excited? Have Zopo’s 2015 changes been enough to bring you back to the brand or are you still keeping clear?

Thanks to GeiKa for the tip!