While Chinese phone makers fight for a piece of the cake in other developing markets besides their home country, tablet makers seem to be having a field day.

Companies such as Teclast, etc. seem to have much less to worry about, than similar phone makers from China. A reason behind that is also the fact that tablet sales aren’t nearly as much as that of phones.

Nonetheless, this article is about the new Teclast X98 Air III, so lets talk about that. The 9.7-inch ‘retina’ tablet from the Chinese OEM combines the tried and tested combo of the Intel Z3735F processor and Windows/Android dual-boot. 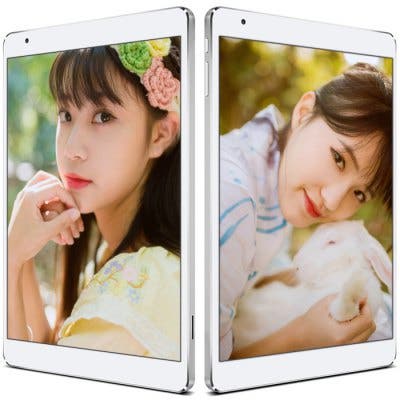 It ships with Android 5.0 Lollipop and Windows 10 out of the box, so there shouldn’t be any tinkering required from your end to get either of the two OS’s working. Besides that, the X98 Air III has 2GB of RAM, 64GB of on-board storage (besides a microSD card slot for more), a 5 mega-pixel rear camera, 2 mega-pixel front-facing camera and lastly, an 8000mAh battery.

From the renders, it looks like the Teclast X98 Air III features a Xiaomi Mi 4-esque chamfered metal finish on the edges. The tablet is $167 shipped, and can be ordered by following this link.

Next Open Thread: What would you be happy to pay for the OnePlus Mini / X?