With Google’s release of Android Marshmallow to Nexus owners, and the unveiling of its own Nexus 6P and Nexus 5X, we’ve been anxiously awaiting the announcements of Google’s Android OEMs regarding their update-eligible devices and a possible timeframe for the new update’s release. LG just announced earlier this week that it would begin updating its flagship G4 in Poland next week, with the update rolling out to Korea, then Europe and the Americas. Not one to fall behind, Huawei has now joined the gang of OEMs with its own Android Marshmallow-eligible devices list.

This is an initial list for the Android Marshmallow update, and we don’t know if this list will remain in its current state over time (sometimes, companies add devices to the list as last-minute decisions). As for when you can expect Android Marshmallow, Huawei is expected to start rolling out the update next month (November).

Join GizChina on Telegram
Read Also:  Huawei resumed deliveries of smartphones and other gadgets to Russia 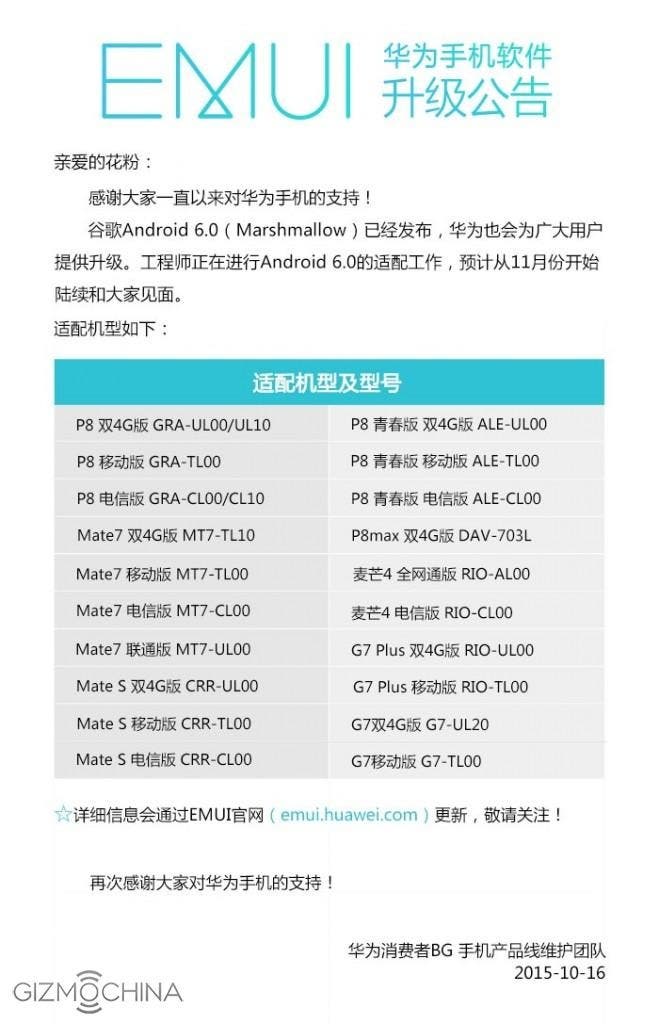 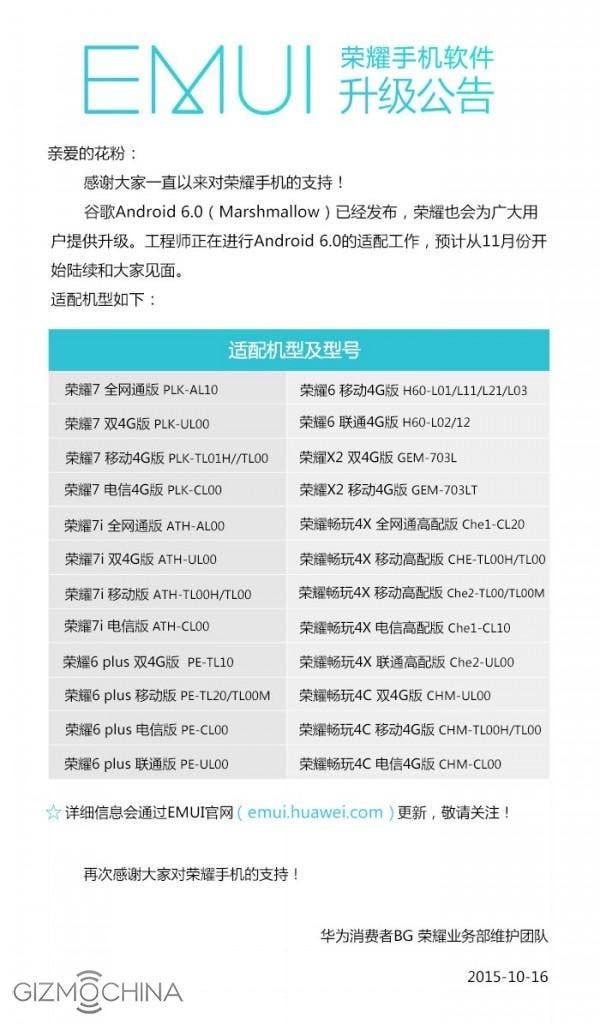