After the poor show that was the Xiaomi Mi4i, we have been wondering if Xiaomi could make a comeback, and they certainly proved that they can with the release of the Mi4C. Keep reading for my full Xiaomi Mi4c review.

Although physically identical (well almost) to the Xiaomi Mi4i, the new Xiaomi Mi4c is a different beast. It offers innovative features, better camera, and much more usable performance. This is the phone the Xiaomi Mi4i should have been, and I wish I could keep it.

There really isn’t much to say about the Xiaomi Mi4c’s design that wasn’t already said about the Mi4i. They are almost identical to each other, the differences being the Mi4c has an integrated IR remove in the head phone the phone and lacks English writing on the rear of the body. 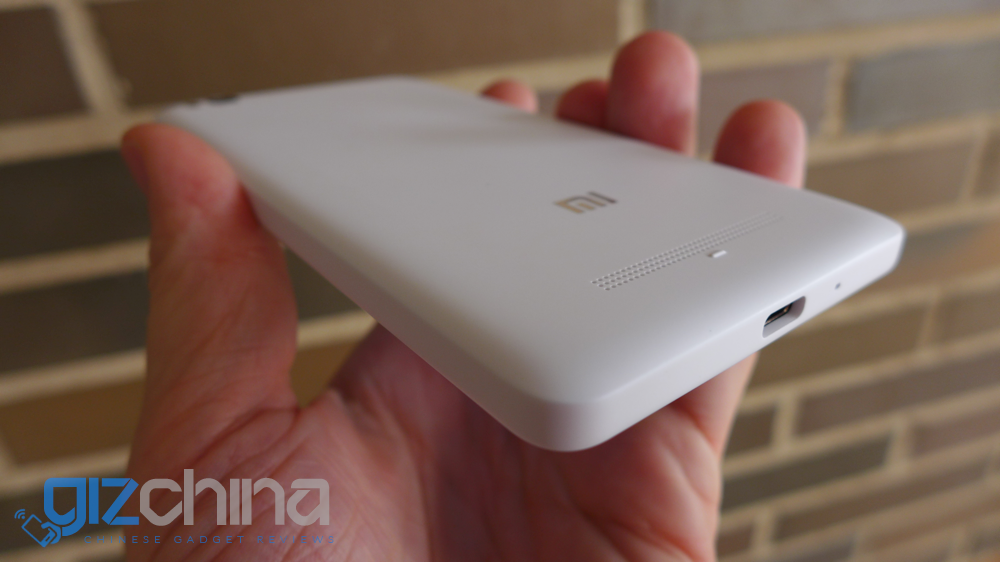 The rest is exactly the same (physically) which means opinions will be once again divided. Personally I really like the smooth finish of the soft white rear panel, and enjoy the compact (thin and narrow) 5-inch polycarbonate phone, but others using the phone say it feels cheap and that they much prefer a metal border.

As someone who routinely uses metal bodied phones, I still love the design and feel of the Xiaomi Mi4C and would say it ranks as one of the best made plastic phones on the market today.

For those of you not familiar with the Mi4c or Mi4i I’ll give you a very brief tour around the phone. 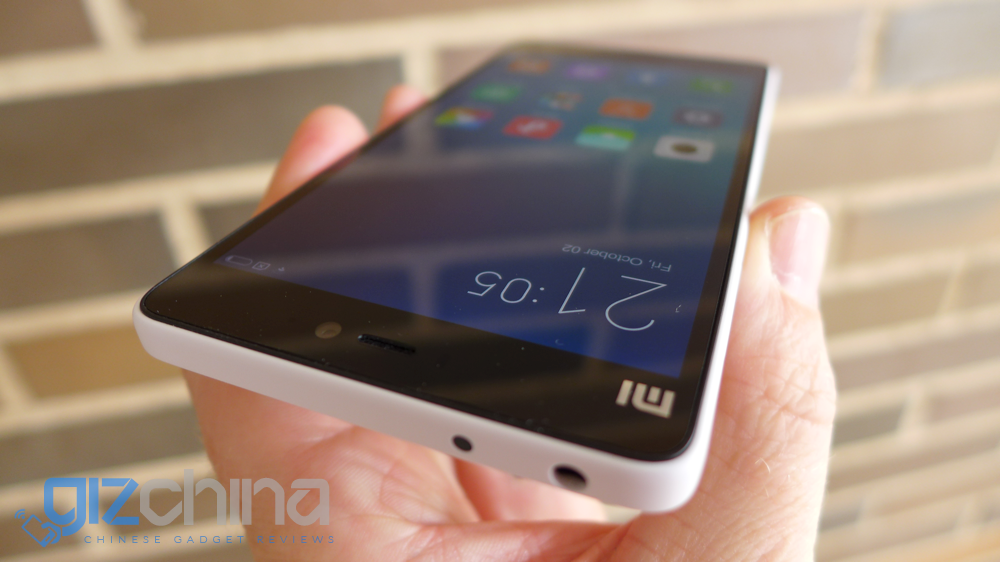 The front of the Xiaomi Mi4c has a 5-inch 1920 x 1080 display, below the screen are back-lit hardware buttons (only visible when they are pressed and the LED behind them lights up) and above we have the Mi logo on the left, receiver and a 88 degree wide-angle 5 mega-pixel F2.0 camera. 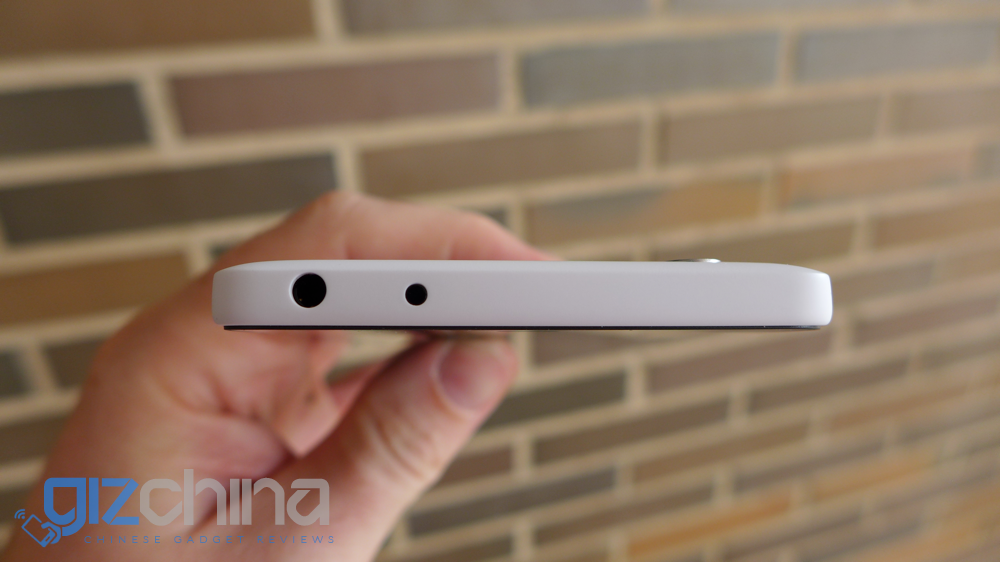 Around the edge of the phone we find the aforementioned IR remote and 3.5mm headphone jack at the top right, a dual micro SIM tray on the left (no SD card slot), power and volume buttons on the right, and USB type C in the base (yes, this is also a physical difference to the Mi4i, sorry).

The white sides of the phone a moulded in to a single rear panel that spreads across the back of the phone too. There is a white version, black version and other options available too. 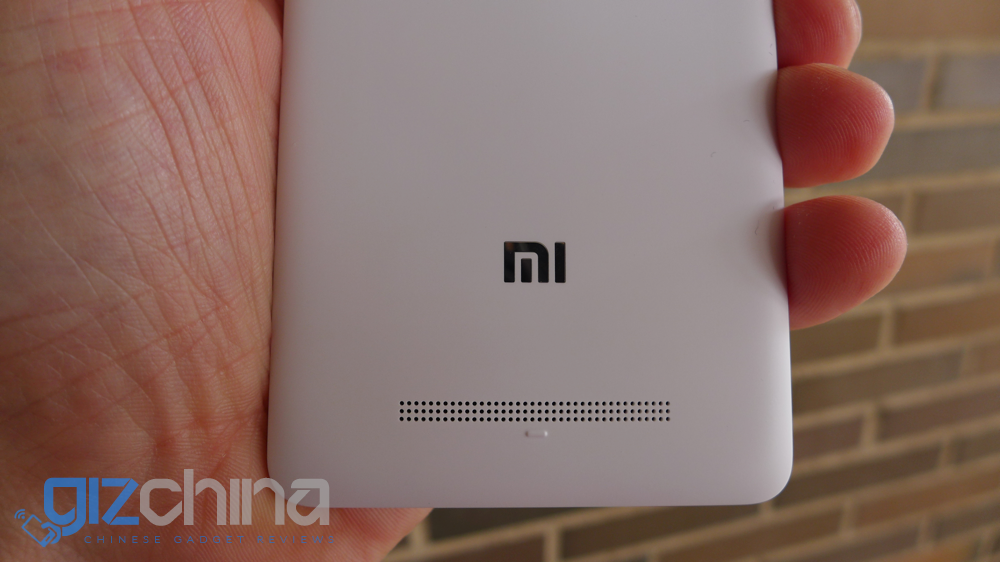 A single speaker sits behind a grill in the rear of the phone, next up is another Mi logo, and finally at the top left we have dual tone LED flash, and 13 mega-pixel camera. 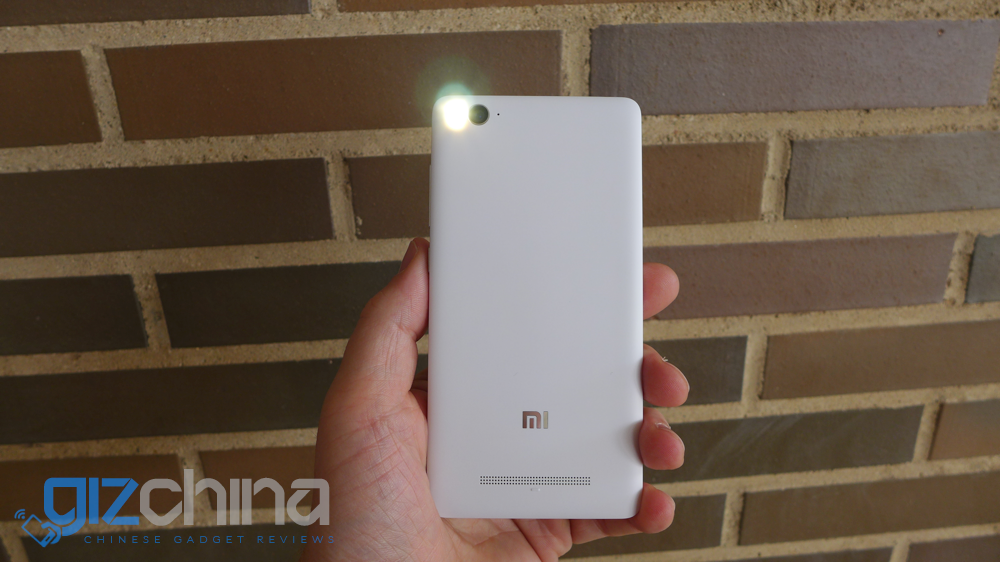 If you didn’t like the Xiaomi Mi4i’s design then you are not going to like the Mi4c, I’m lucky and think they both look and feel great.

While the Xiaomi Mi4i suffers from constant lags, over heating and general sluggish performance, the Xiaomi Mi4c is a joy to use. The Mi4c handles everyday use in its stride, barely breads a sweat when pushed, and so far hasn’t missed a beat!

The Xiaomi Mi4c comes with MIUI 7 Beta installed, and like many of you, I wondered if Xiaomi had just finally managed to optimise the phone with the new system. Perhaps installing MIUI 7 on the Mi4i you can get the same terrific performance? The answer to that is sadly no. I have both my Xiaomi Mi4i and Mi4c on the same MIUI 7 Beta, and the Mi4i is still a bag of lags and bugs.

So the performance is better on the Xiaomi Mi4c due to the new Snapdragon 808 chipset, but are there any other differences? Yes! 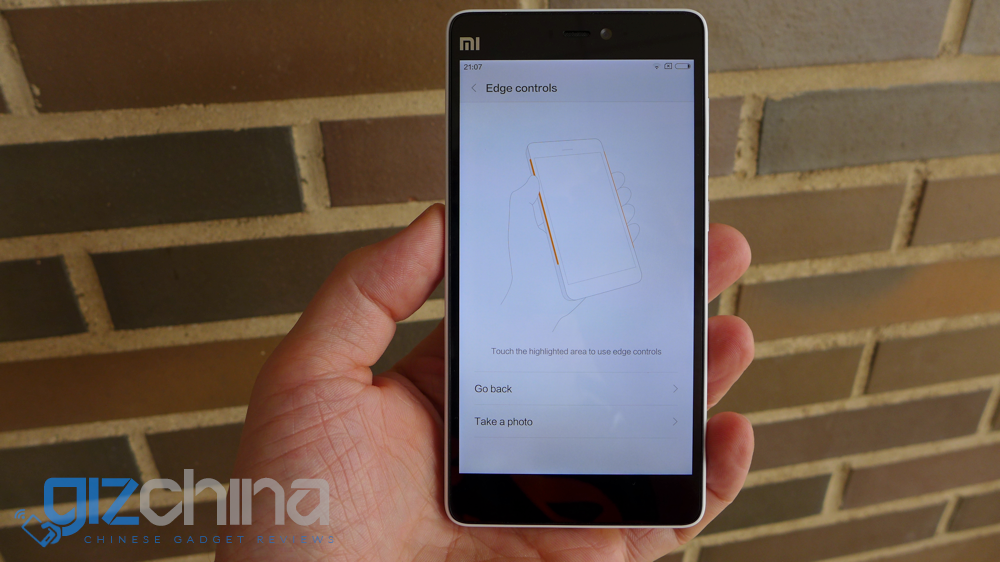 First of all we have a new side touch control on the Xiaomi Mi4c. Side touch is set to work as a optional camera control be default, but in the settings you can also have it set as a home short cut too. Basically all it does is allow you to tap the edge of your phone to head back to the home screen or snap a photo. It sounds like a gimmick but I found myself using it a lot (its especially good for selfies). 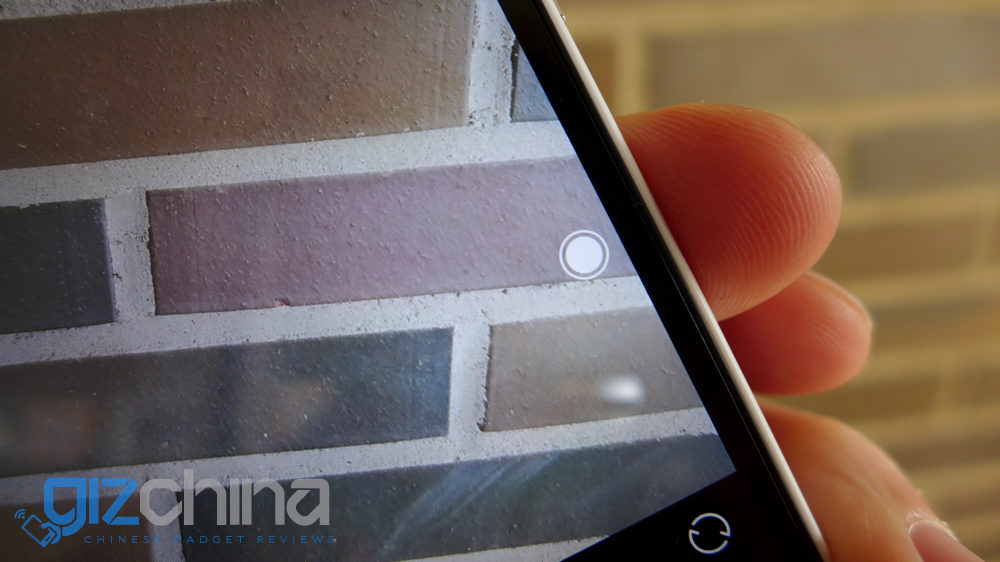 The Mi4c also has a IR remote built-in meaning that you can connect home devices to the phone and control them from one universal device. I was unable to use this as my LG TV doesn’t appear to be supported, and that’s the only IR controlled device I have to test it on. Still it is there if you need it.

Audio performance on the Xiaomi Mi4c is good. With headphones attached (I tested with Piston 3 and OP Silver Bullets) audio performance is really good. It’s not as rich or rewarding as LeTV or Vivo, but you aren’t going to be disappointed. Audio from the rear built-in speaker is loud and clear. Im using the phone to play music now and with half volume I have my small living room filled with drum and bass.

The battery in the Xiaomi Mi4c is rather large in comparison to the size of the phone. Remember this is a 5-inch device, yet it has a 3080mAh battery inside. There are large phones with smaller batteries (the new Nubia Z9 for example) so I was expecting good battery life and I got it. As the processor runs much cooler I was getting over 6 hours of onscreen time with the Xiaomi Mi4c, with more frugal usage more is possible. 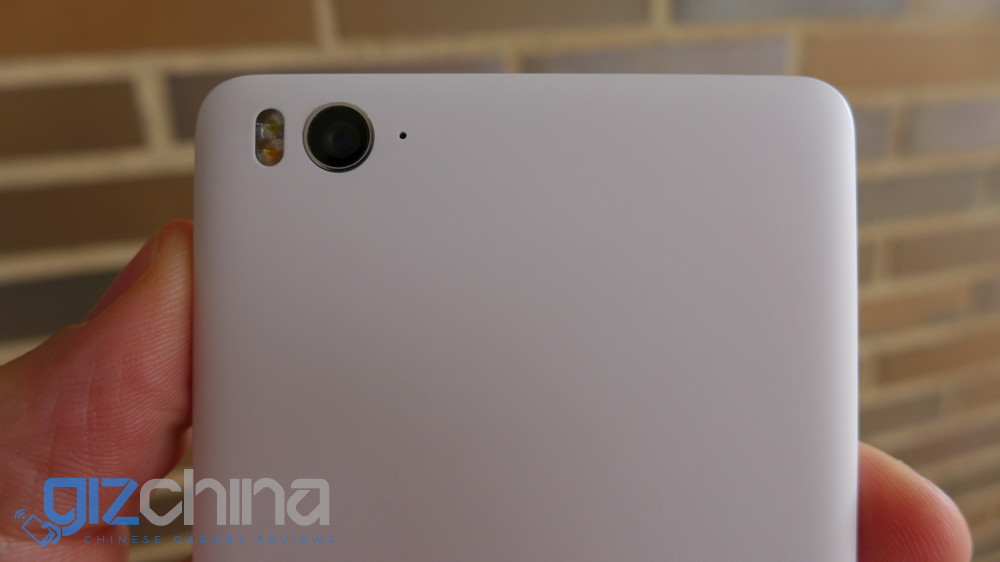 Camera’s have also been improved on the Xiaomi Mi4c when compared to the Xiaomi Mi4i. Lens are not much wider front and rear, and now camera performance is more similar to the Xiaomi Mi Note, impressive as the Mi Note has a killer camera set up.

MIUI 7 looks and feels great on the Xiaomi Mi4c. MIUI engineers have done a great hob of optimising the system for the new Snapdragon 808 chipset, but this being MIUI 7 there are also some new features included too.

MIUI 7 now has a Mi Wallet feature. This is like Google Pay and will require that you log in with your Xiaomi account (with connected payment card) and let you pay for products and services. I am using the standard ROM that comes with the phone so I also have the Chinese Game Center will new icons and redesigned UI. The weather app has a new icon design that tells you the current weather in your location, plus there is a new Video application giving you access to Chinese content.

The biggest changes I found were in the settings. For example the battery and performance settings have moved. There is also the Edge Control settings and a new Child mode (at least I haven’t noticed this before in MIUI 6)

Not huge changes, so anyone who has experience with MIUI (or iOS) will feel right at home.

As already mentioned in the hardware section, the cameras on the Mi4c are much better than the Mi4i. While the Mi4i had great sensor, the optics made for narrow images, now on the Mi4c that’s been changed and you can fit much more in to your photographs. 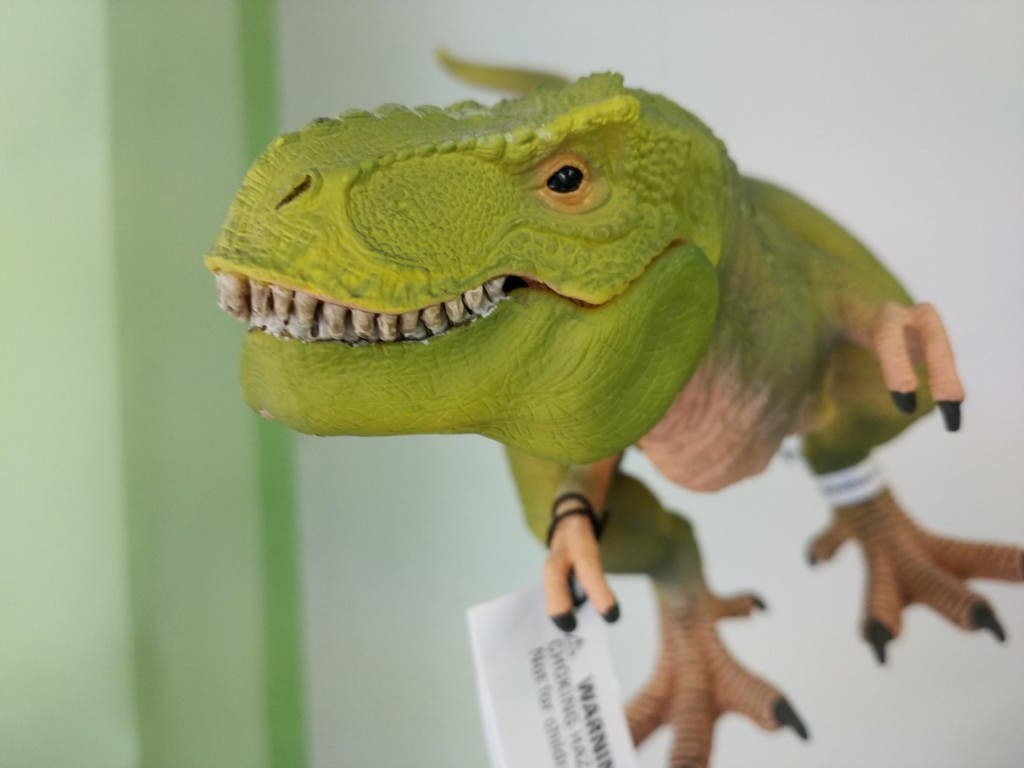 Again not much has changed in the camera application on MIUI 7, you still have options to have HDR on, off or in Auto mode. With the speed of the Mi4c I opted for auto most of the time. A swipe from the right will give you a live preview of 12 different filters and a swipe to the left brings up 9 camera modes and a camera settings short cut.

Overall I’m really happy with the performance of the camera on the Mi4c, I just wished the weather was a little better so I could have taken some better photos.

So physically the Xiaomi Mi4c and the Xiaomi Mi4i are very similar, almost identical, but in use they are very different phones. One is just a headache to use (the Mi4i) and the other is pure joy (Mi4c). 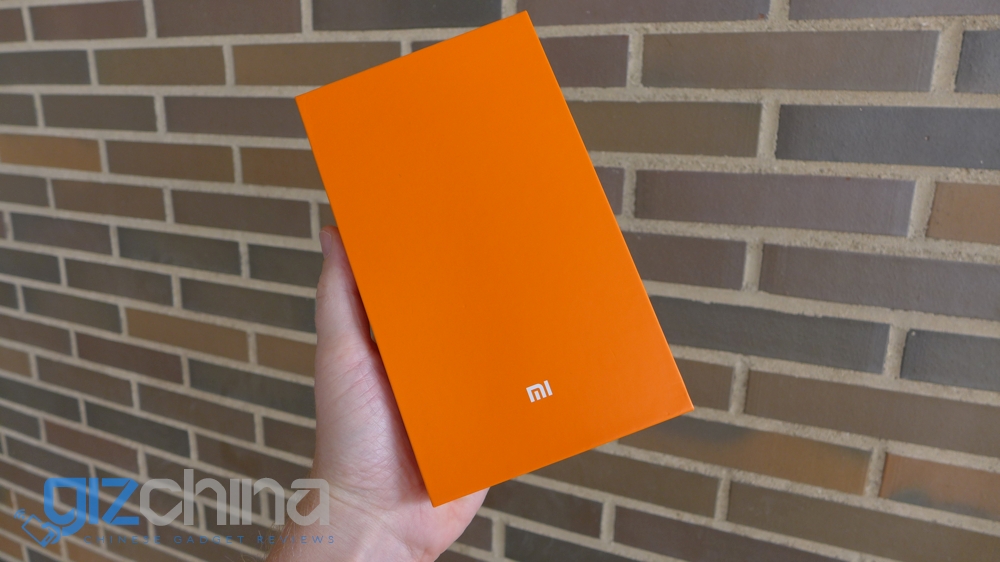 As an owner of the Mi4i I am a little upset, I want my phone to be the Mi4c, if it were I would probably give my OnePlus 2 a rest and use the little Xiaomi for a while (you sometimes forget how nice a 5-inch phone can be to use).

However I have to send this review unit back, perhaps I can switch it for my Mi4i though and hope no one finds out.

The Xiaomi Mi4C is available to buy now from shop.gizchina.com

Next Just a Rumour: Siswoo have not bought Zopo