Cubot are woking with reseller Coolicool to offer the Cubot X16 at a cut down price of only $76.99 being held on the 21st October.

Anyone who is interested in buying the Cubo X16 can do so now at the regular retail price of $144.99, but if you can hold on until the 21st of the month the slim handset will be offered at just $76.99 for a limited time.

The flash sale will be held with conjunction of online reseller Coolicool, and will likely be a one time deal only valid until stocks run out, which shouldn’t take all that long at this low price. 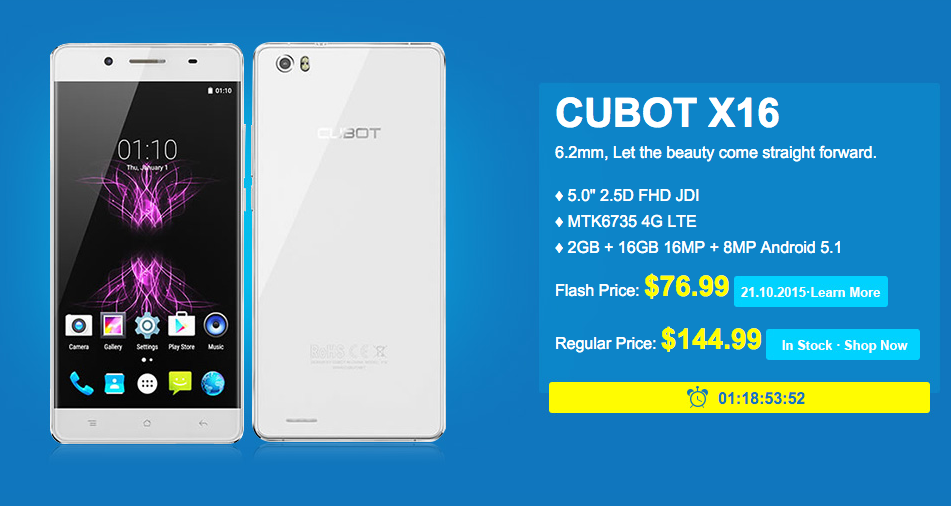 Any GizChina readers planning on bagging this bargain later in the week? For anyone wanting too head over to Coolicool to make the most of this offer.

Previous How about 32MP selfies? MediaTek says you can, with the Helio X20