Ulefone say they built the Ulefone Paris to be the perfect balance of performance, price and build, so have they managed to meet their own criteria? Find out in our full Ulefone Paris review.

Ulefone have used the know how they learnt with building the alloy bodied Ulefone Be Touch and Be Touch 2, and created a slim budget phone that (Ulefone says) ticks all the boxes.

Design, design, design. Ulefone have gone to town on the design of the Ulefone Paris, adding every possible finishing touch and feature possible to create a handset that they hope will be considered good-looking. 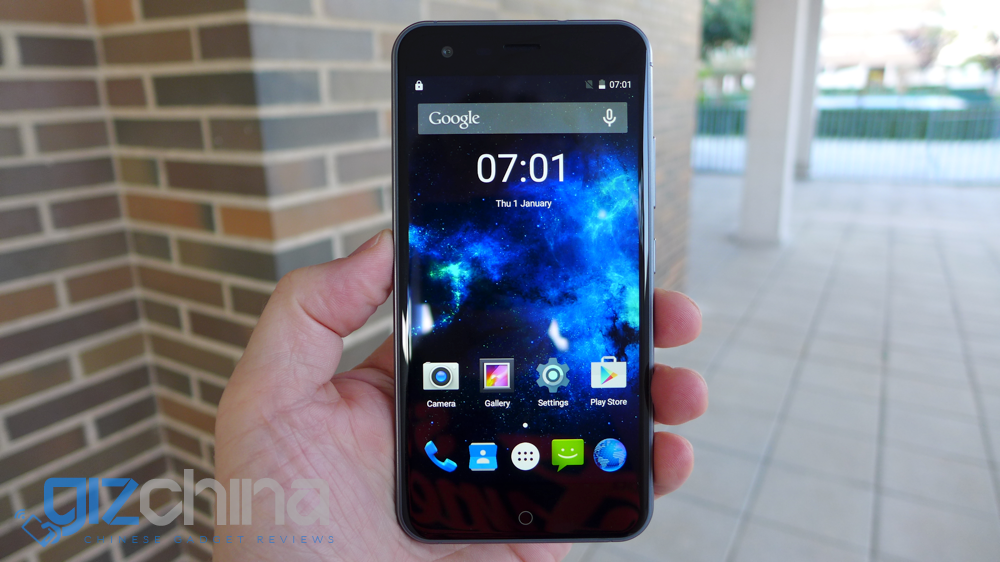 Did it work? Well I like the fact that the Ulefone Paris has a 5-inch 2.5D curved display, and I like that Ulefone have added a plastic bezel around the display which follows the curve so that we end up with a continued rounded design around the alloy chassis. 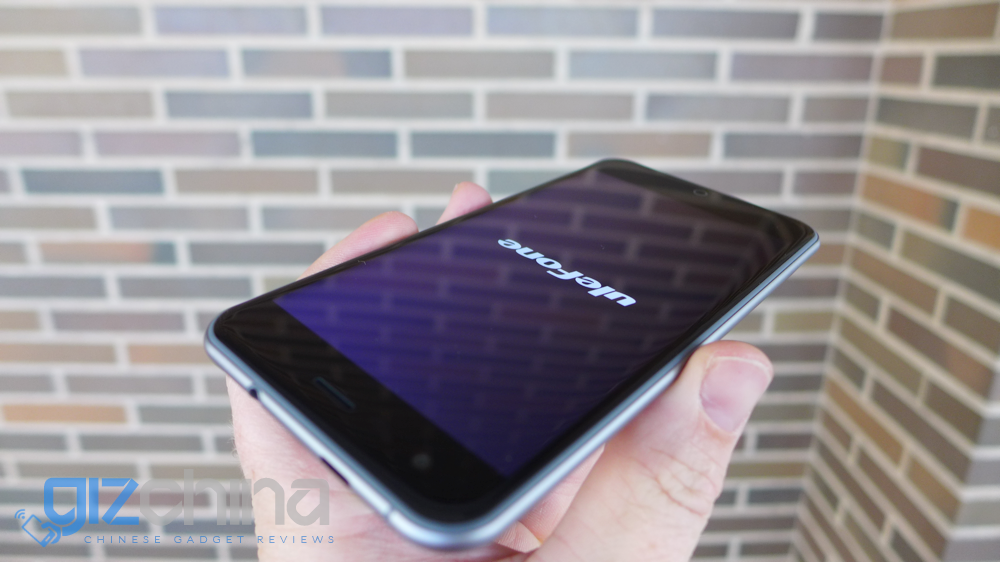 The metal chassis itself is very slim and has a nice (and so far durable) grey finish, and that too meets a second beveled plastic bezel which meets the curved removable rear panel. 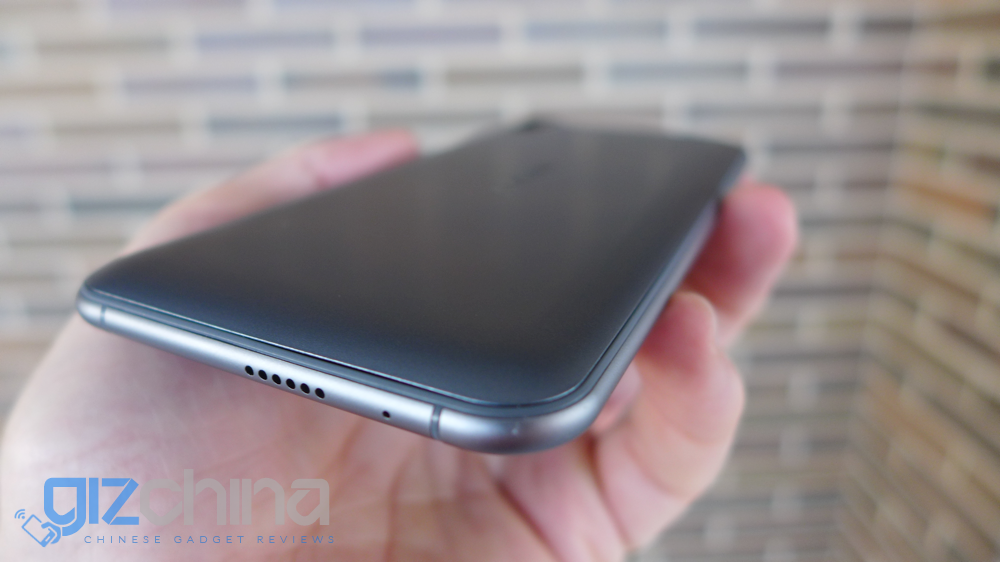 Although a lot of thought has gone in to making the Ulefone Paris as curved and comfortable as possible, it does seem like the design rushed the camera and flash enclosure on a Friday evening. 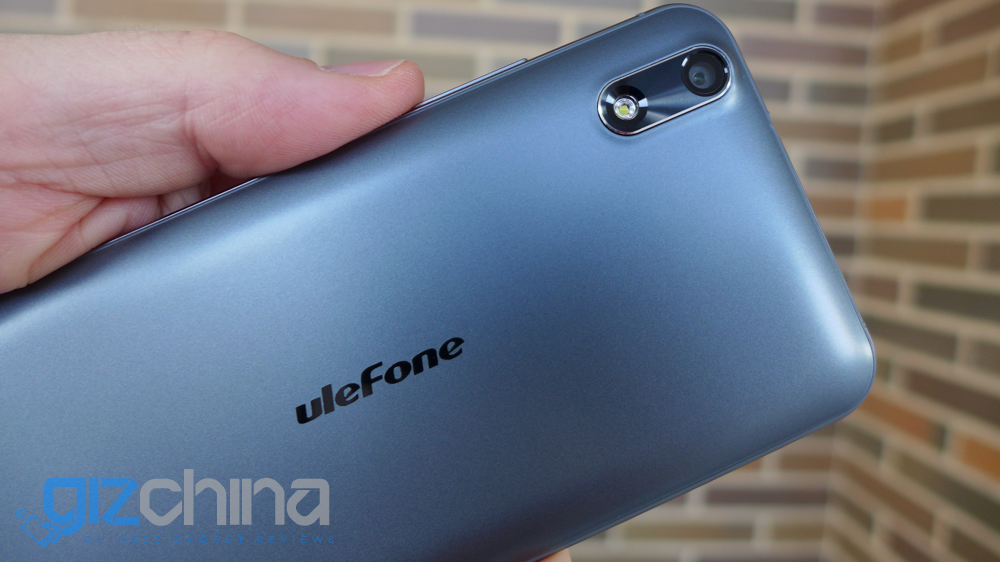 The single LED flash and rear camera are set in a alloy oval. It doesn’t really suit the rest of the phone’s design and looks like something from an ancient HTC phone not a 2015 device. This is not a big deal though, and overall the Ulefone Paris looks good for the $129.99 price point it currently occupies. 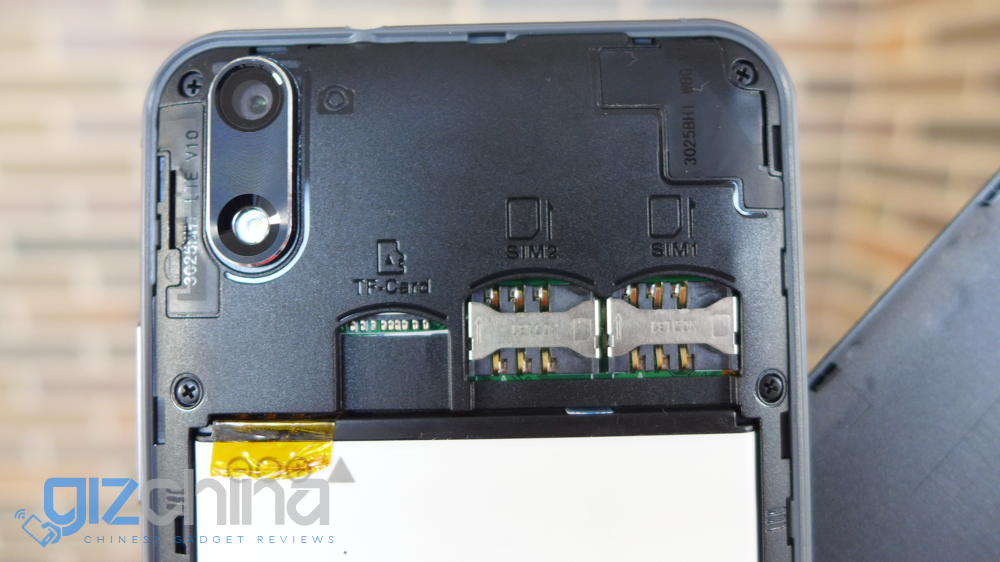 As you will already know (with the removable rear) the Paris is not a unibody design and so adding your SIM (or both SIMS) means taking the plastic rear cover off. While you are also in the back of the phone you can add a Micro SD card, and switch out the battery if you feel the need too.

A final quick tour around the exterior of the Ulefone Paris reveals a single capacitive ‘Halo’ home button below the HD display, and front camera plus LED notification light above. single speaker in the base, power and volume buttons on the right side and headphone jack plus standard USB at the top of the phone. The Ulefone Paris is another phone that makes use of the octacore Mediatek MT6753 chipset. The MT6753 runs at 1.3Ghz and has a 64bit architecture like the rest of the 2015 Mediatek line-up. The SoC comes equipped with an ARM Mali T720 GPU, and the phone has 2GB RAM onboard, and an almost stock Android 5.1 install.

The octaocre MT6753 is a good chipset, but it is just a budget processor. Mediatek made this SoC as an everyday chipset capable of simple gaming, regular day to day apps (social media etc) audio, video etc.

A 5-inch 720 x 1280 HD On Cell IPS display sits under the 5-inch curved display, and it looks really good. Viewing angles are superb, but even on max brightness you might struggle to see the panel in intense direct sunlight. Corning Gorilla Glass 3 is a bonus at this price, so you can feel a little more at ease should you knock or bump it. 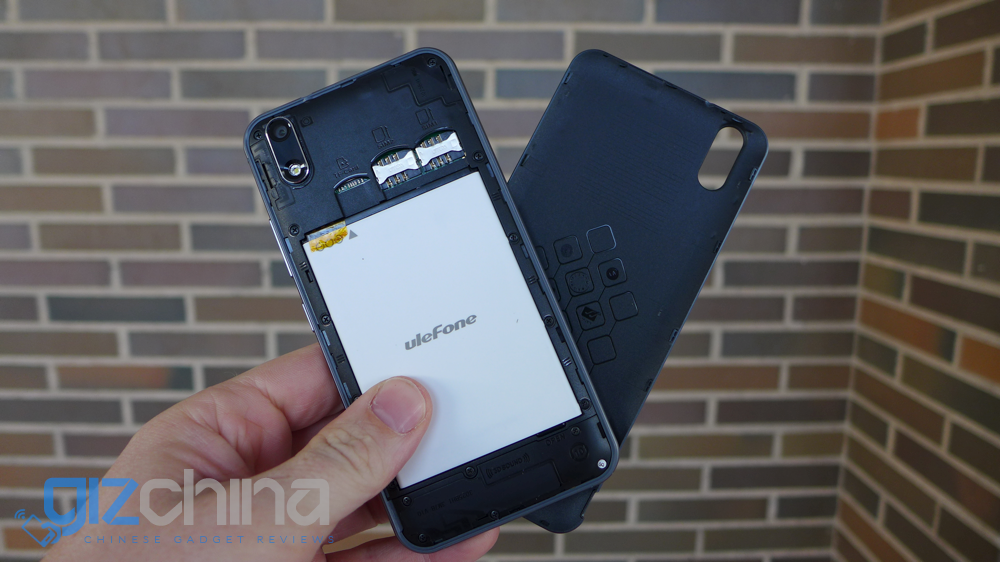 Sony provide a 2250mAh removable battery (according to the specs) it’s a small battery compared to other phones of 2015, but with that narrow chassis there is limited space inside the phone. In my testing I managed just under 4 hours of onscreen time, not bad but could be better. 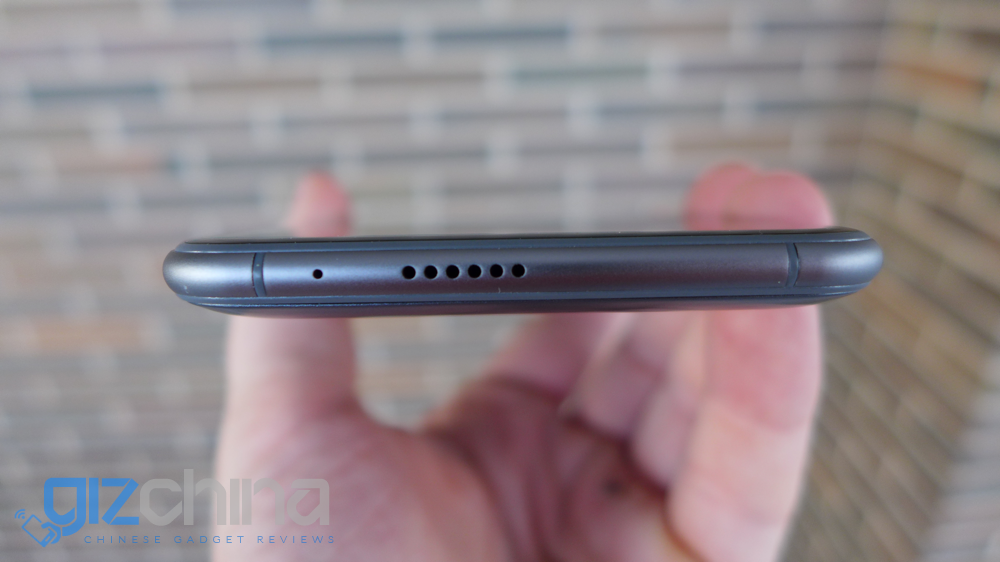 Like plenty of other phones we have been lucky enough to review this year, the audio on the Ulefone Paris is pretty good with earphones, but fails to impress through the built-in speaker. The tiny included speaker is quiet and tinny, better to stick to a set of earphones.

Ulefone chose the Ulefone Paris to be the first phone to ship with their own U-Launcher, to be honest this brings very little to the user experience of the phone and is simply used to switch themes and icons. 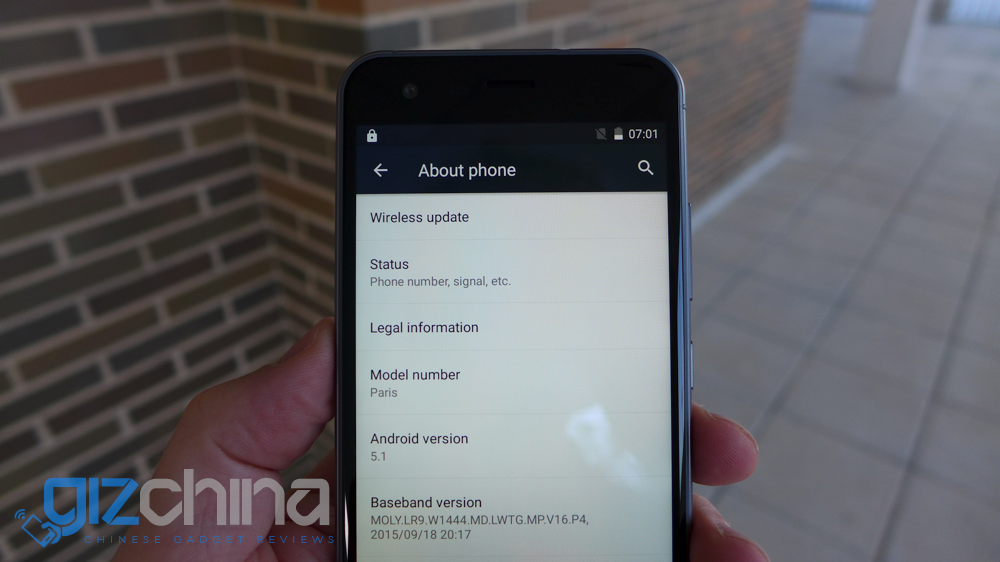 Android 5.1 looks and feels just like a stock Android ROM does on most Chinese phones, with the only changes being the option to take screenshots with a 3 finger screen swipe. There are also ‘action’ gestures too allowing you to operate the phone with select movements or gestures, for example picking up the Paris will answer an incoming call, flip to mute, and using the proximity sensor to take screenshots and photos.

Since I received my review phone I have had one OTA update. The update has made the system smoother and more fluid, it also seems to have improved the speed of the camera (both taking and saving photos).

That last points brings us nicely to the camera hardware and performance of the Ulefone Paris. Both sensors are Omnivision, the front sensor os a 5 mega-pixel shooter and performs well in good natural light conditions. 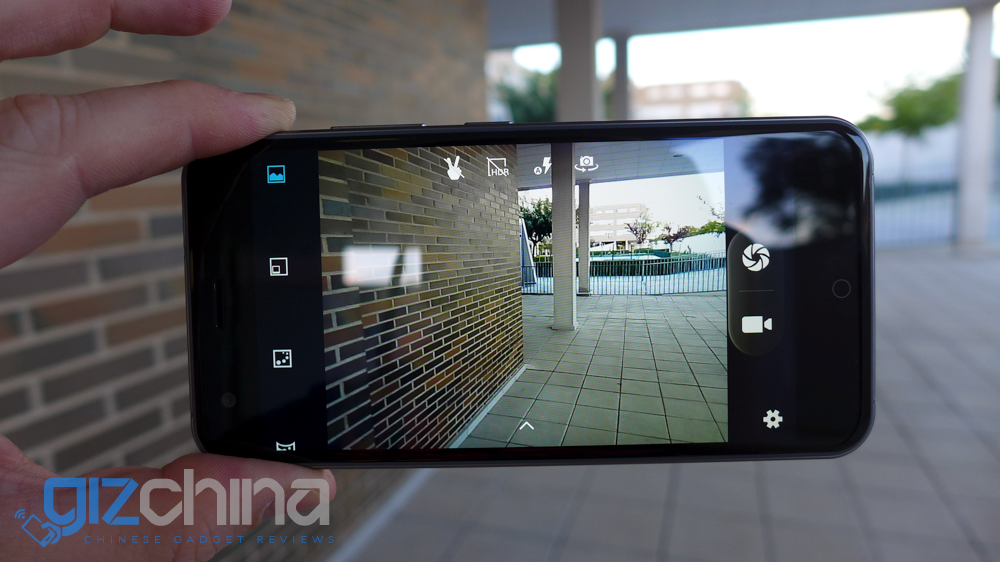 On the rear is a 13 mega-pixel F1.8 aperture camera, and again we have a solid performer in nice bright conditions but performance suffers as light dries up. I would say that the Paris doesn’t perform as well as a regular Xiaomi Redmi 2 if that gives you an indication of how it works.

Ulefone wanted to make a phone that was a perfect balance of all features, while maintaining a low price. It was a tall order and overall we do end up with a phone with a good balance of features, but nothing is mind-blowing, everything is just average. 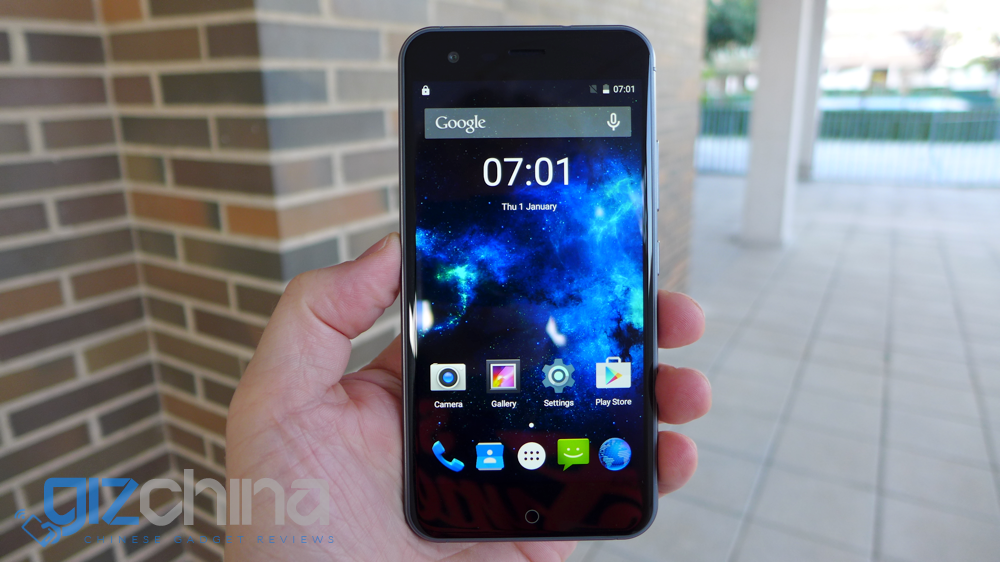 Battery life, camera, phone performance, audio are all good, but the Paris only really shines in the design and build department, where at this price it is one of the best options. A slim metal CNC body, and 2.5D display really do look the part and if these are details are important to you then take a look.

Next Ninebot mini is Xiaomi's first self-balancing scooter for $315