So it was the new Mi TV 3 that all the hoopla was about.

Xiaomi call themselves a ‘software company’ (you would be having a fair idea where that comes from), but what caught your attention towards Xiaomi was probably the Mi-series of phones some two years back. Besides making phones, Xiaomi also do tablets, home appliances, luggage, and TVs.

Today’s launch was for the new Mi TV 3, which as usual, is a super powerful TV with a super lucrative price tag. There had been murmurs about the Mi 5 being launched today, but that’s confirmed not to be happening.

The Mi TV 3 is a 60-inch slate with a 4K resolution with the actual panel coming from LG facilities. That’s what Xiaomi do well — component sourcing. And they usually make it a point to let buyers know, too. 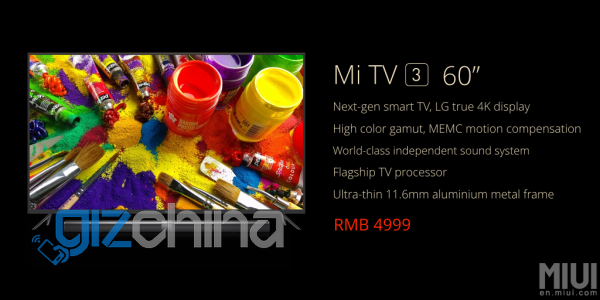 The aluminium draped TV is powered by the MStar 6A928 4K TV processor with 8GB on-board storage.

Xiaomi most likely will take its own time in bring the Mi TV range to markets out than China. As for the pricing, the Mi TV 3 is 4,999 Yuan ($785) in China, with no exact date of available mentioned yet. 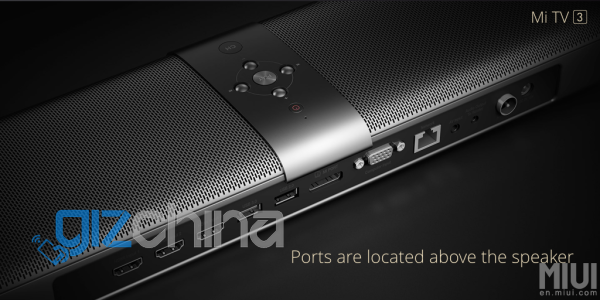 Previous Siswoo will launch in the Chinese market with R9 Darkmoon