Besides announcing the 6-inch, 4K Mi TV 3, Xiaomi also announced a rather interesting product at today’s conference in China — the Ninebot mini, a two-wheeled, self-balancing scooter developed in partnership with Segway.

According to a short post by company VP Hugo Barra, the Ninebot mini can work with surfaces with a gradient of up to 15-degrees. What’s more, one single charge on the Ninebot mini will take you 22km, which sounds pretty cool for a 1,999 Yuan ($314) device.

Barra mentions that the Ninebot mini features a ‘super-strong magnesium alloy structure’. The Ninebot mini can do speeds of up to 16km/h, and is controlled by your legs. 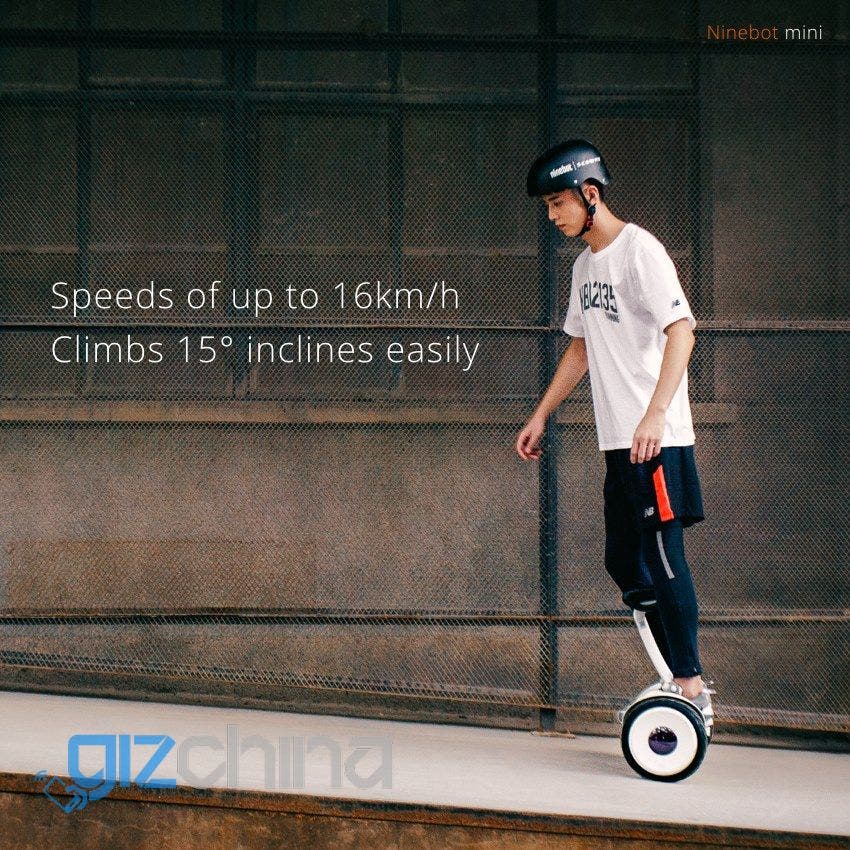 The device weighs 12.8kg, which isn’t exactly lightweight, but should you run out of battery it shouldn’t be too big a hassle getting it back home.

“Xaomi invested in Ninebot a year ago and Ninebot announced its acquisition of Segway this April. We all know that Ninebot and Segway are the giants in the scooter field. And this one, Ninebot mini, is tailored for Mi fans,” said Xiaomi.

There’s a smartphone app to accompany the device, which will let users access information like speed, distance, etc. and importantly, offer firmware upgrades.