Elephone got all upmarket and made a unibody metal device when they launch the Elephone M1. Has the premium design and material rubbed off on the rest of the phone? Find out in my full Elephone M1 review.

Elephone have a history of knocking one phone out after the other. Some devices get months of build up (the Elephone P7000 and Vowney for example) while other Elephone devices appear out of nowhere (P8000). The Elephone M1 comes under the latter and launched with barely the fanfare and hype other ELE devices receive, strange as this is one of the better looking and the first to feature a metal design.

Take a brief look at the design of the Elephone M1 and you will instantly recognise it as being similar to current Oppo phones. The slim metal body, rear fingerprint scanner and gold colour options all scream Oppo R7 Plus. Even Elephone’s marketing team see the M1 as an upmarket device and say the phone gives a “M1 premium user experience”. 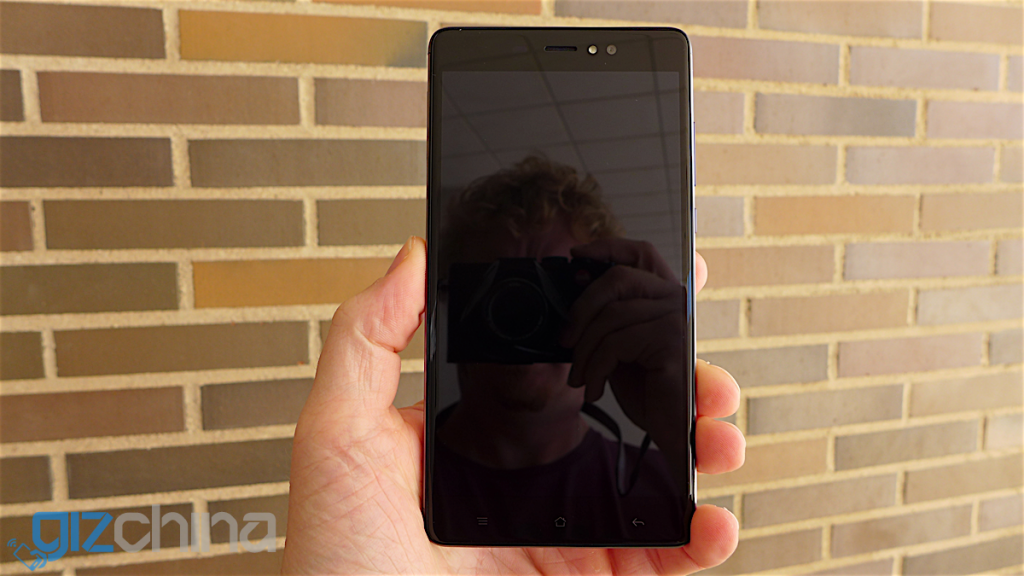 With an upmarket build and the use of a mostly alloy rear shell (plastic is used at the top and bottom to prevent antenna interference), the Elephone M1 is a stand out model in the Elephone line-up. 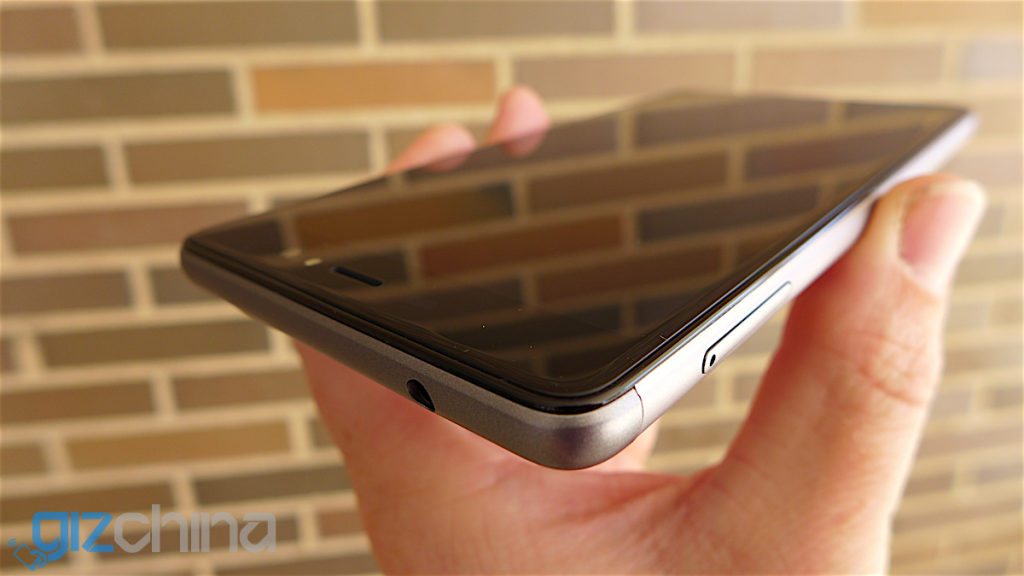 Premium features continue with a 2.5D glass display, unibody design, integrated fingerprint scanner on the rear side and a dual LED flash. 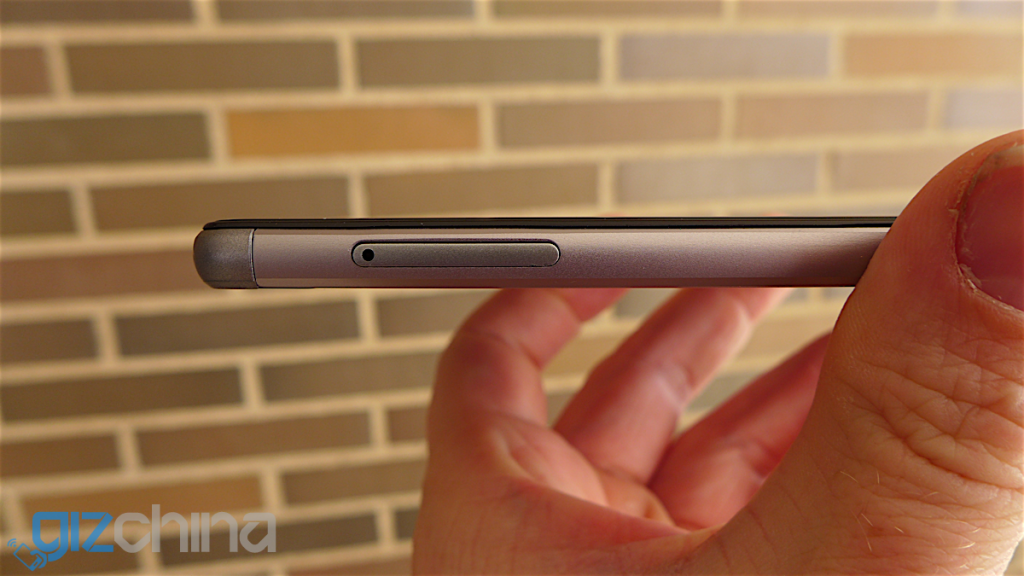 The 7.6mm phone packs a 2780mAh battery, which for it’s specifications is a nice chunky cell and a little surprising for a phone marketed at the “business user”, who generally won’t be asking too much of the phone from day to day.

My review sample of the Elephone M1 is the sliver and black version, which is by no means as stylish looking as the all gold version of the phone, but it is a device I imagine someone tucking away in to the pocket of a suit while they head off to an important meeting. 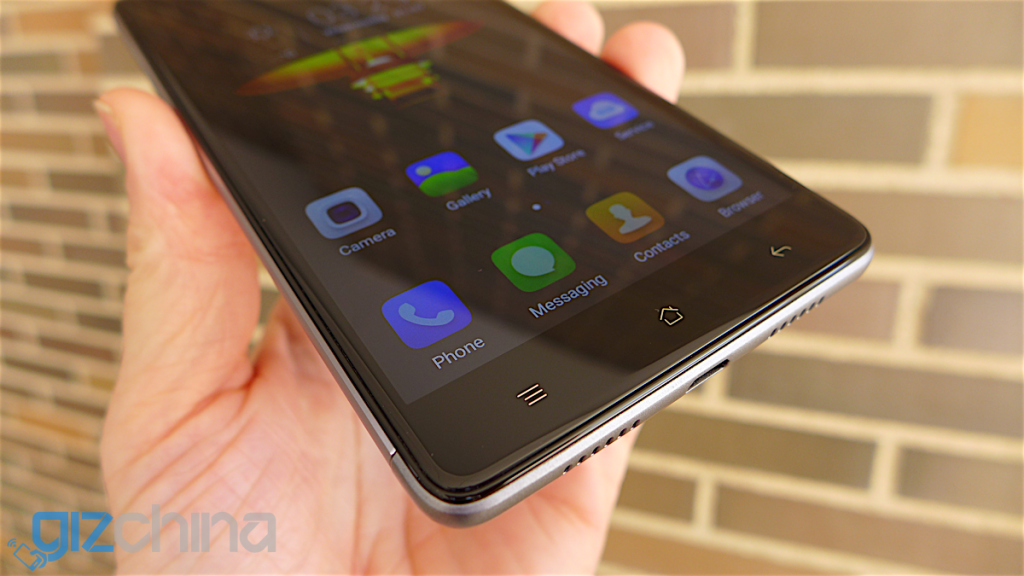 Taking a more detailed looking around the Elephone M1 you will come across icons for Android navigation hardware buttons, but they aren’t back-lit. The front 2 mega-pixel camera is accompanied by a front facing flash and the 5.5-inch HD display runs right up to the edges of the bezel (i.e no hidden borders).

As the 2.5D glass display curves it meets a rounded border which helps smooth the transition on the the bevel of the alloy/plastic rear construction. The main construction is a metal body but this is alloy sheet that is cut, folded and stamped to create the 3D structure. More expensive phones have a machined alloy body that creates a better finish, and lighter, sturdier feel but ultimately costs a lot more.

The sides of the phone have a SIM tray on the left for SIM and SD cards, 3.5mm headphone jack in the top, speaker vents and standard USB in the base plus physical buttons on the right. 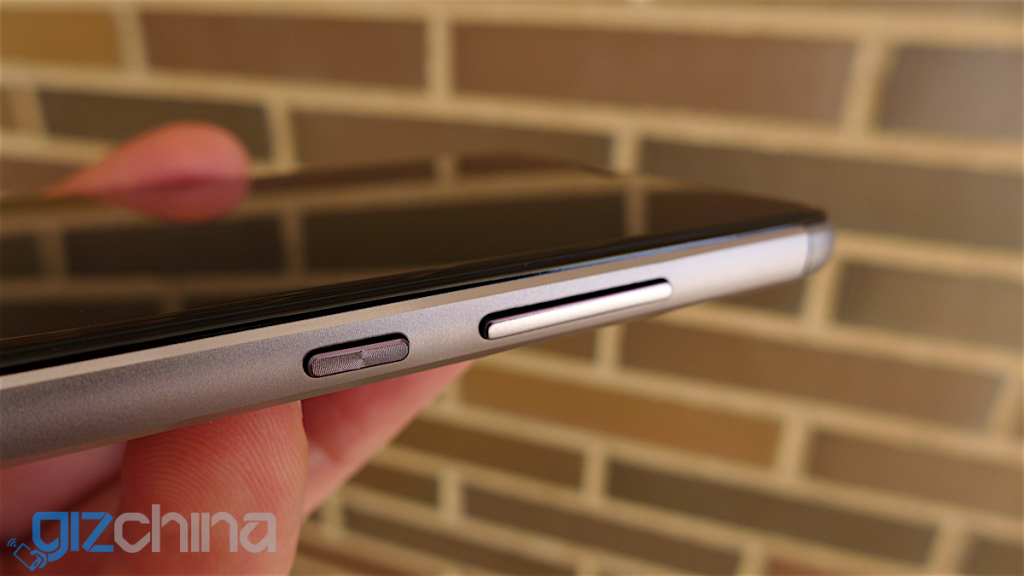 Physical buttons are for power and volume, the power button having a slight machined finish to it. Both buttons have a nice satisfying action to them, but are not made to high tolerances and do wobble a little. 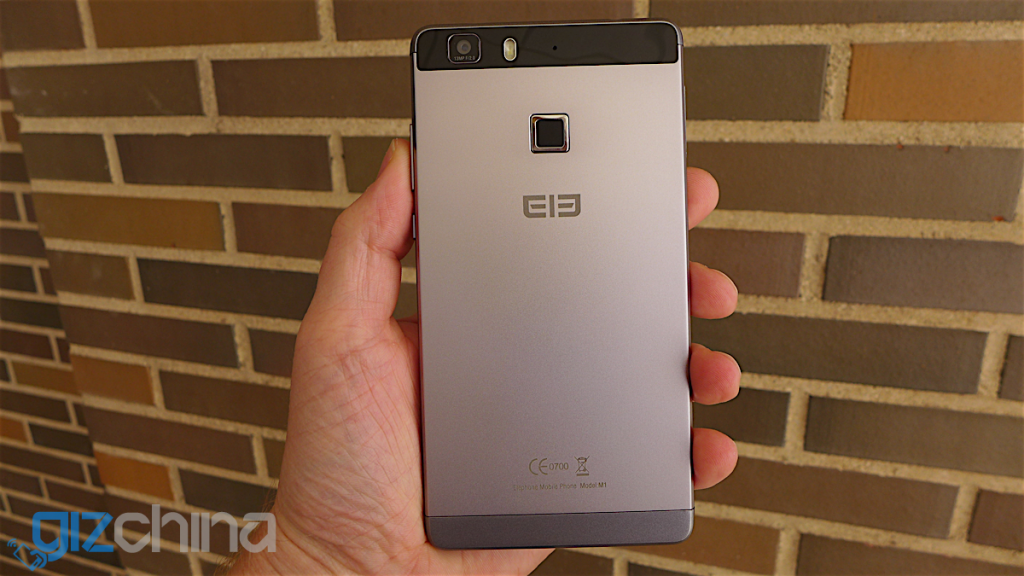 Elephone haven’t covered the Elephone M1 in logo’s all you get on the phone is the ELE logo in a subtly, slightly darker, grey against the metal body. Above the main logo is the rather small fingerprint scanner. Generally the smaller the scanner the less accurate they tend to be, but so far so good with the Elephone M1. Finally, at the very top is a blacked out area with dual LED flash and 13 mega-pixel F2.0 rear camera.

Other than the slightly lose fitting buttons the only other quality concern I have is with the fit of the metal and plastic parts on the rear of the phone. The plastic cap on the base fits fine on my sample, but the upper cap is slightly off.

We have a nice quality design, and alloy rear with 2.5D glass front, this is already pretty good for a phone that costs $149.99, so is there any money left in the budget for the rest of the specs? 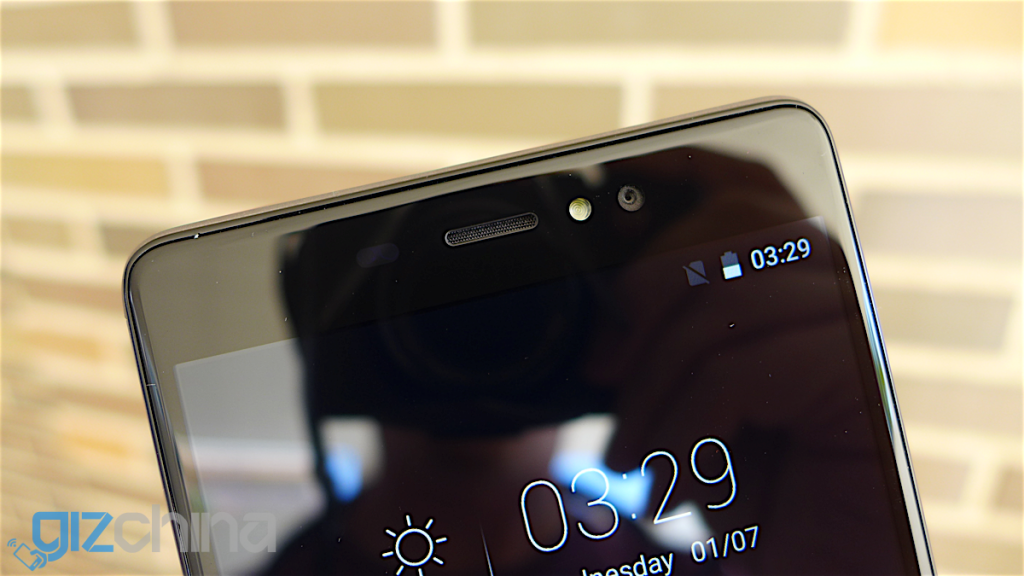 As already mentioned we have a 2 mega-pixel camera up front with a 5.5-inch 1280 x 720 resolution display beneath. The main rear camera is a 13 mega-pixel unit with F2.0 aperture and dual LED flash. 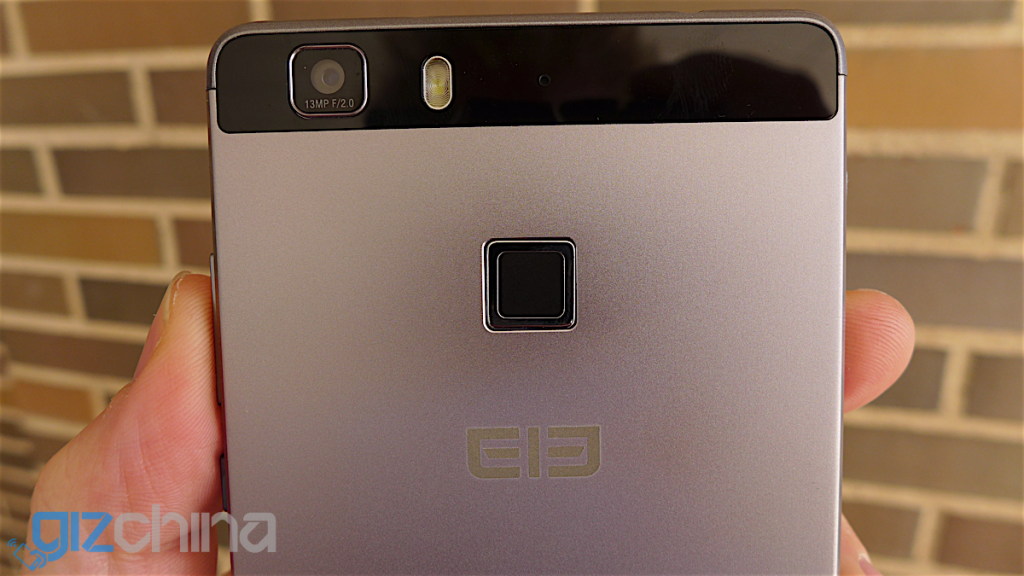 Also on the back of the phone is the fingerprint scanner. The model on the Elephone M1 features 360 degree fingerprint recognition, so all you need to do is set up your fingerprint then no matter which way around you touch the sensor the phone should unlock. I was worried by the slightly smaller sensor size at the start of the review, but overall the scanner has worked really well. 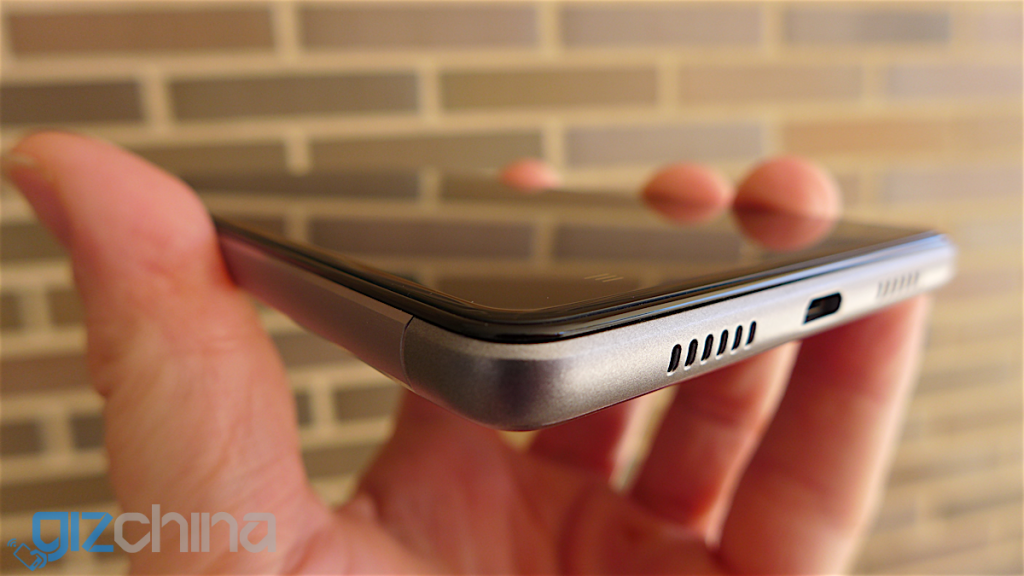 Working our way down to the bottom edge of the phone we reach the holes for the external speakers and USB. It’s a standard USB rather then a Type C plug which is perfectly fine, what isn’t fine though is the audio quality through the speakers. It’s been a while since I physically cringed at the sound of a phone, the M1 had me grating my teeth each time a sound comes through. Music, games, movies and even system sounds are just dreadful. Earphones is the only way to go with the Elephone M1, then you can at least enjoy the sound. 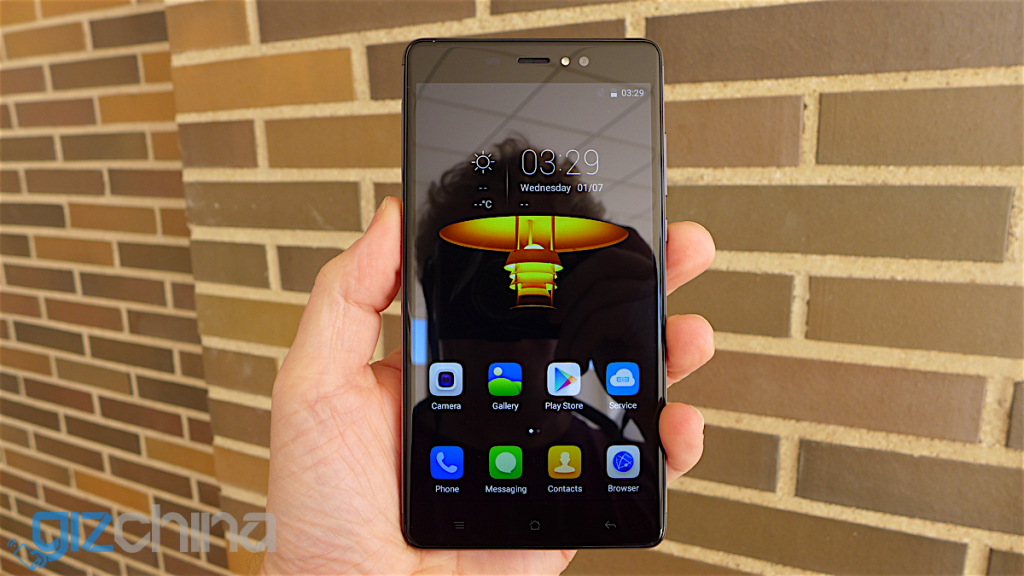 On to the front the 5.5-inch HD display is fine. It’s nothing special but there are no alarm bells are ringing either. Touch response is fine and viewing angles are good, with decent brightness for sunny days.

Now for the internal specs. With a Quad-core Mediatek MT6735A chipset running at 1.3Ghz and a basic Mali T720 you cannot expect this device to handle hardcore gaming, and it can’t. Benchmarks for the phone aren’t spectacular, but then again this phone is for customers wanting style rather than horsepower.

The rest of the hardware is on par with similar phones. 2GB RAM is fine, there is dual SIM support and you have the option for installing 128GB SD card should the 16GB internal memory not be enough.

Finally, the 2780mAh battery isn’t bad. With LTE connected you can easily get through a full day of use and have enough power for the following morning. Remember though this is not a hardcore device so you won’t be gaming on it much.

If you only care about benchmarks then you are not going to be very impressed with the Elephone M1. The scores are really very low for a 2015 device, but in all honesty I never felt that the Elephone M1 struggled with the day to day tasks I asked of it. 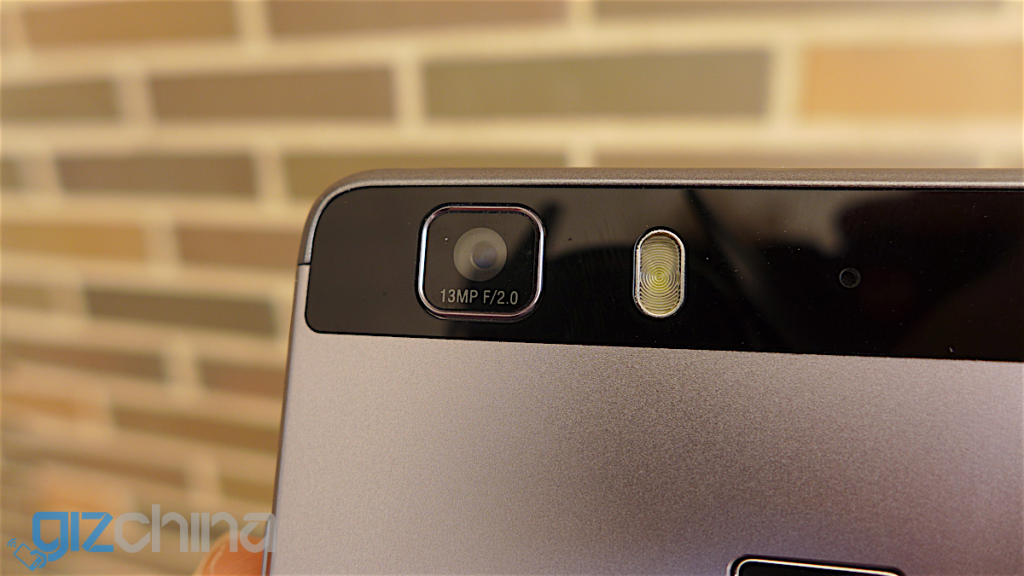 On paper the Elephone M1 has great camera. A 13 mega-pixel main camera with F2.0 aperture and dual LED flash all sounds fantastic. In use the camera is actually quite a surprise and it is clear that Elephone have really done their best to improve the image quality. For a $150 phone the Elephone M1 really surpassed my expectations and images look great once you get to view them on your computer’s screen. 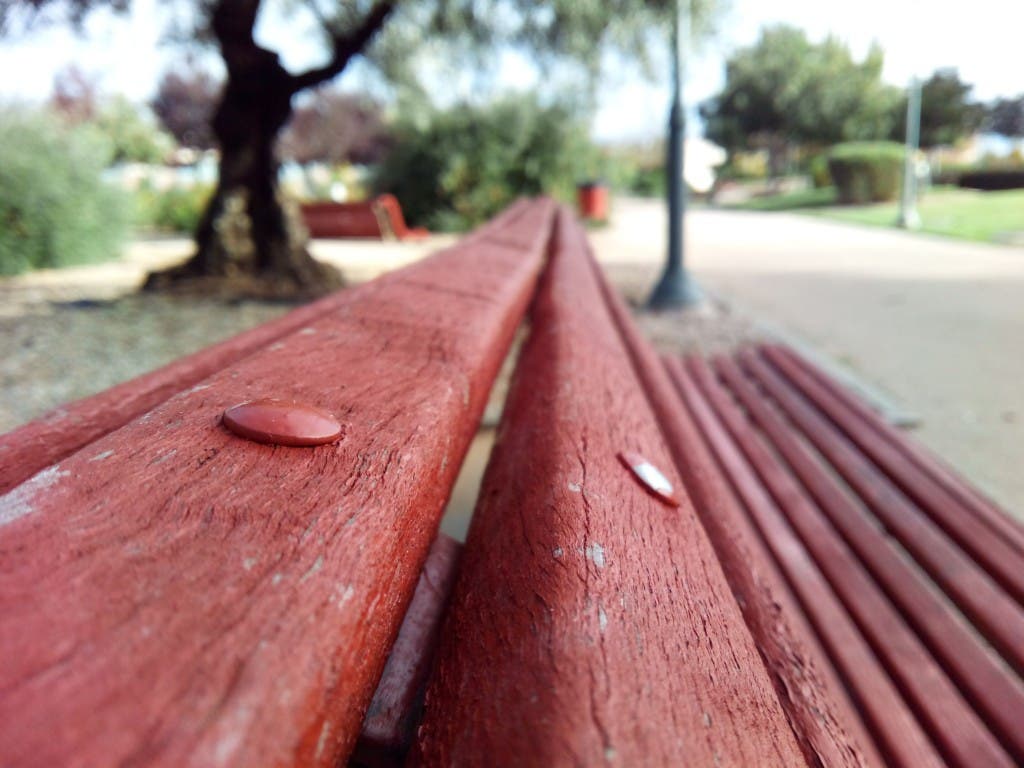 In low light conditions the F2.0 aperture does a good job of eating up any extra light that is available and creates a nice clear image. Only taking a closer look will show up any noise.

As I also mentioned in the Trunk review, the Ele ROM comes with some junk, bloat and most worrying of all adware. Choosing certain apps or features will bring up a list of sponsored applications. This really shouldn’t be allowed in a commercial ROM.

At $150 the Elephone M1 looks pretty good on paper. The metal chassis, fingerprint scanner, large display and large battery are all plus’, but then again there is a hell of a lot of capable competition at this price point too. 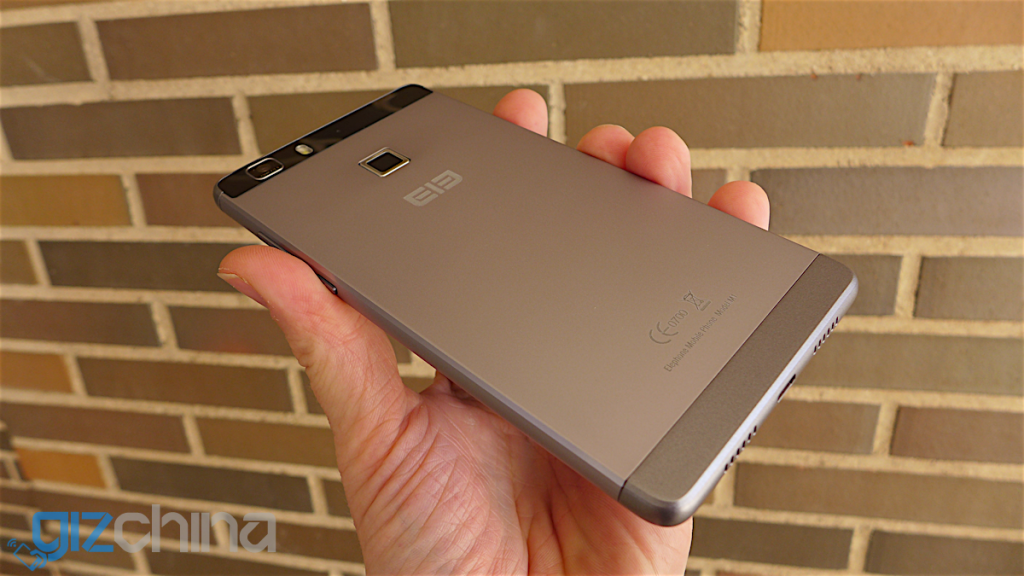 For the same money there are plenty of Xiaomi such as the Xiaomi Redmi Note 2 and there are Meizu devices you can pick up. If you wanted something that has style and good build there is always the Gionee Elife S5.5 which can be found for less than $150.