The Exynos 7420 is regarded among the most powerful mobile SoCs among Android phones. However, that might soon change later this month.

Huawei are in line to launch the upcoming Kirin 950 SoC, which just happened to leak in a benchmark listing via Geekbench. And guess what, the Kirin 950 beats the Exynos 7420 — at least as far as the Geekbench score is concerned.

Listed as the ‘NXT-AL10’, the Kirin 950 manages an impressive 1,710 points on Geekbench on the single-core test, while on the multi-core platform the SoC gathers 6.245 points, again fairly impressive. 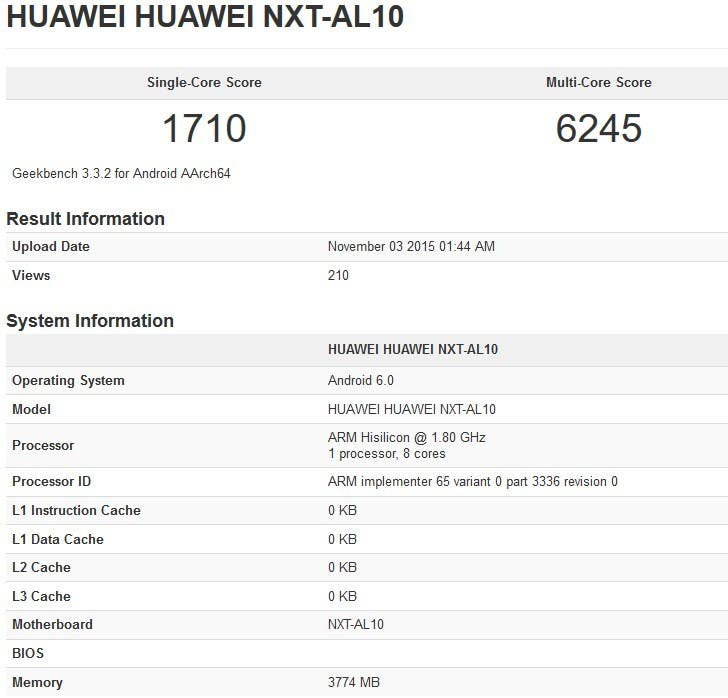 The Kirin 950 is expected to feature on the upcoming Mate 8 phablet from Huawei, which like previous generation Mate-series phones has always been expected to be a powerhouse. The leaked benchmarks of the Kirin 950 only confirm the belief.

MediaTek does not guarantee a permanent supply of chips to Huawei

Oppo is developing to make its Own Chipset, Trademark Filing Reveals