Qualcomm is planning to bring more flagship features to its lower-end processors. Recently, it announced two new models, namely the Snapdragon 6 Gen 1 and the Snapdragon 4 Gen 1. It seems there is nothing odd with such statements. But the thing is that these two come with AI enhancements and hardware to support 5G.

Among them, as the name implies, the Snapdragon 6 Gen 1 is slightly more powerful than the other one. It can capture images at up to 200 megapixels and supports HDR video. This SoC comes with “intuitive AI assistance” that will suggest apps and settings per your activity and habits. Qualcomm also added that its CPU performs up to 40% better than the Snapdragon 695. At the same time, the GPU performs up to 35% better. 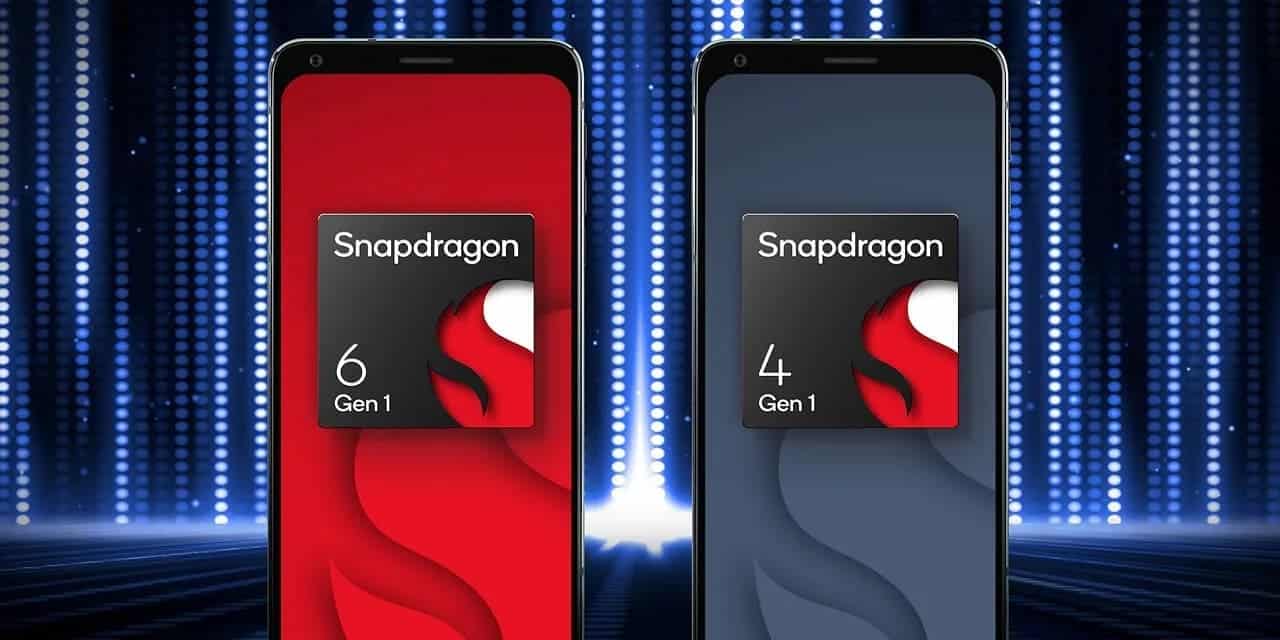 As for the Snapdragon 4 Gen 1, this System on Chip focuses on endurance. But it also comes with hardware support for AI voice assistance and can capture up to 108-megapixel photos. In comparison to the previous Snapdragon 480 Plus, there are not many enhancements. For instance, the CPU performance is boosted by 10%, while the GPU performance is upgraded by 15%.

Unfortunately, only the Snapdragon 6 Gen 1 System on Chip supports both mmWave and sub-6Ghz 5G networks. The Snapdragon 4 Gen 1 supports 5G but only a sub-6GHz band. The same is true for wireless connectivity. The 6 Gen model supports Wi-Fi 6E standard, while the 4 Gen still supports the old Wi-Fi 5.

The first terminals with these chips ought to appear on the market soon. The Snapdragon 6 Gen 1 models will come in the first quarter of 2023. In contrast, the terminals with another System on Chip will be available for purchase later this year.

As you can see, both chips have some enhancements over their predecessors. This is logical because it’s been a year since Qualcomm released mid-range and low-end chips. We mean it is the right time to bring new models. But what caught our attention is that Qualcomm has decided to focus more on AI features, therefore, making all of its processors AI-rich.

Previous AnTuTu: The most powerful sub-flagship and mid-range smartphones

Next Will Liz Truss, British New Prime Minister be softer on China?