In the midst of some aggressive international action that ZUK has lately been up to, the company has reminded its home audience of China that they aren’t forgotten.

Like OnePlus and Xiaomi, ZUK will now be offering a wood-themed rear for the ZUK Z1. The difference here is that unlike Xiaomi and OnePlus, ZUK won’t be offering the wooden back as a standalone accessory. 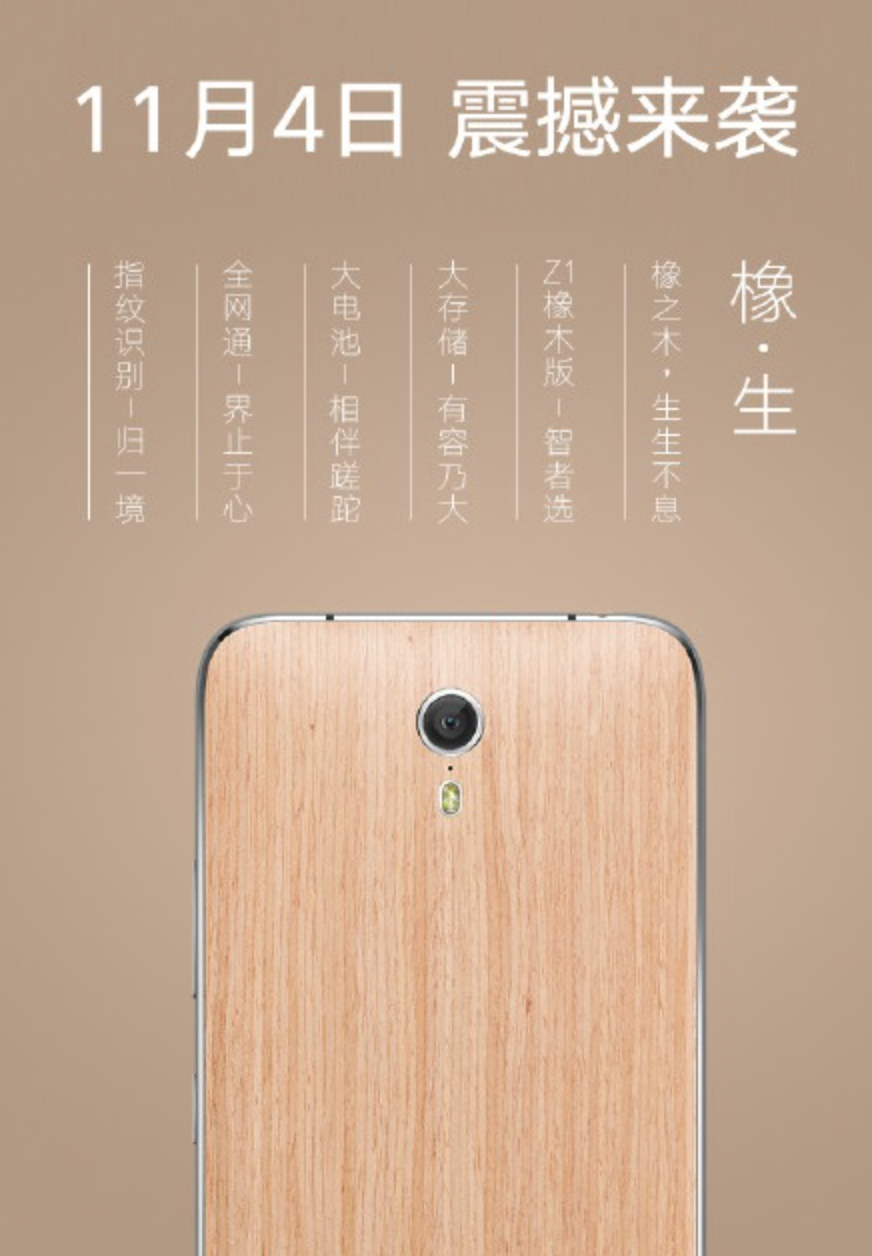 The oakwood rear ZUK Z1 is 1,799 Yuan in China, roughly an equivalent of $283… which in turn is about $15 more expensive than the regular ZUK Z1. In our review of the phone, we found it to be a decent performer with a good battery life, but we’re yet to find something about the Z1 which would leave us in awe. The oakwood rear is perhaps ZUK’s attempt at getting there. There’s no word yet on whether the oakwood Z1 will make it to markets other than China.

More recently, ZUK asked all of its official resellers to bump up the price of the Z1 which came as a bit of a surprise to us.