If you like HiFi audio, require a fingerprint scanner and want a phone from a larger Chinese brand then one of the new Lenovo X3 smartphones could be right up your street.

Lenovo have launched not 1, not 2 but 3 different variants of Lenovo X3 smartphones for the Chinese mobile market. The phones launched today with preorders running from now until the 24th November. 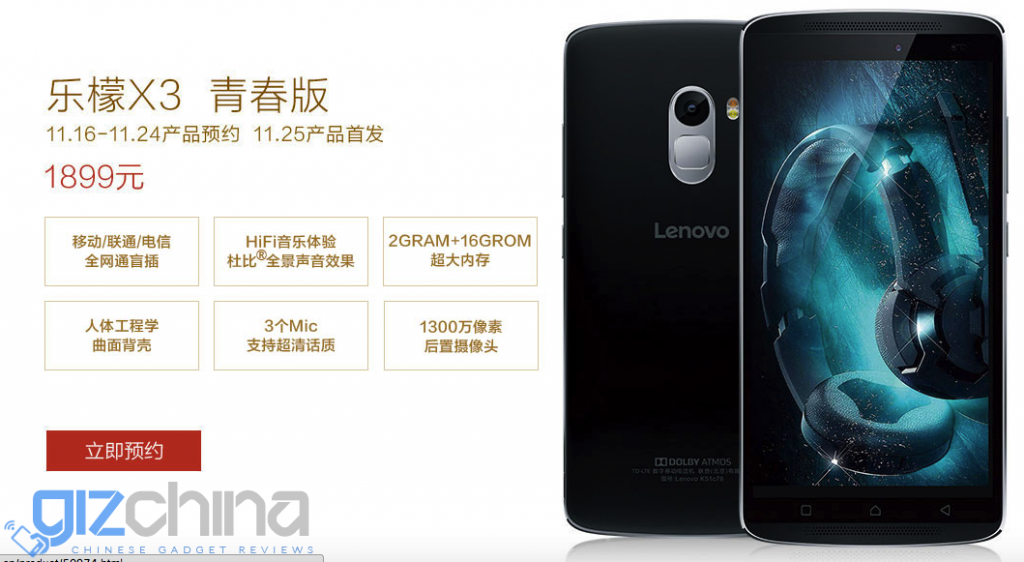 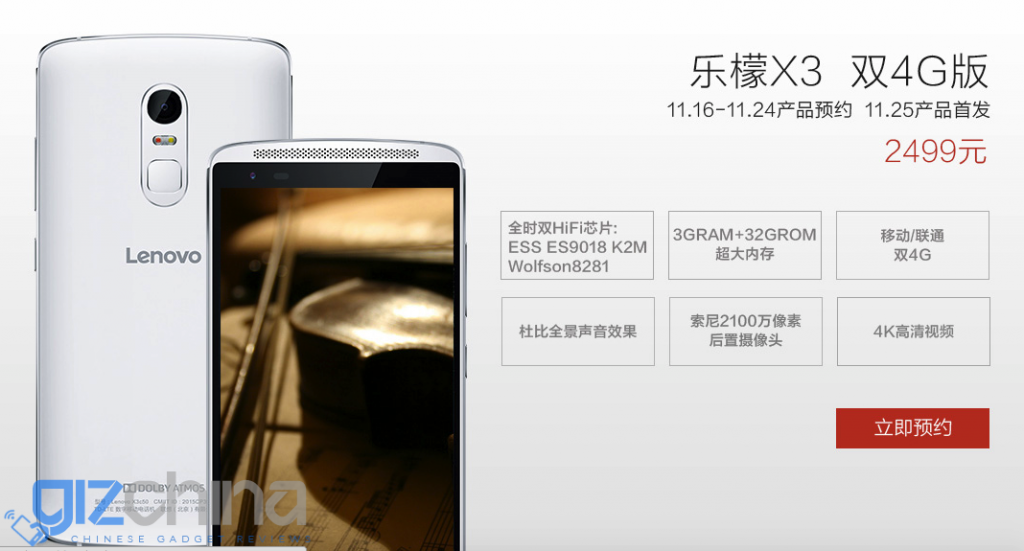 Moving up the range the next level of Lenovo Vibe X3 will set you back 2499 Yuan with the same audio hardware, but 3GB RAM and 32GB internal memory. 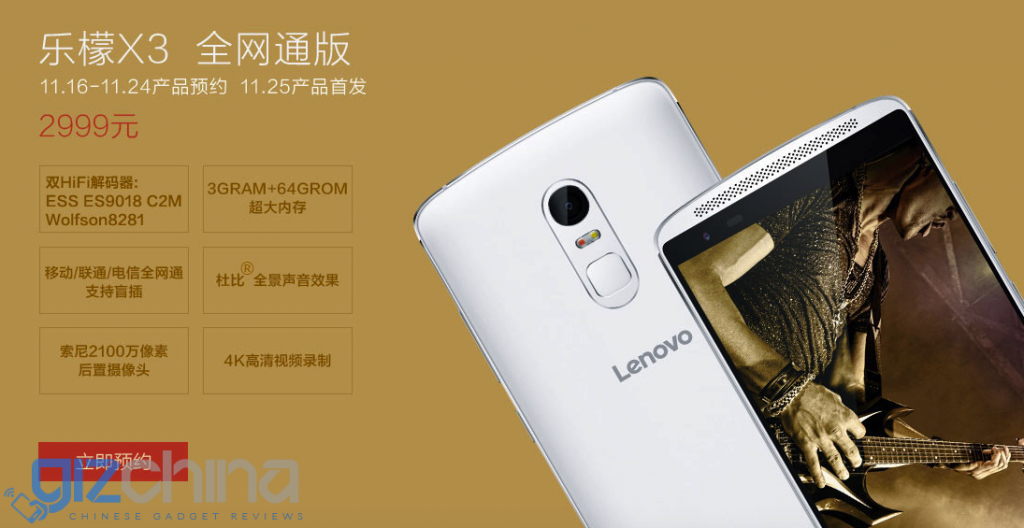 Update: The Lenovo pages have conflicting information and it appears the 1899 Yuan version of the Lenovo Vibe X3 might ship with a 13 mega-pixel rear camera, we are trying to confirm the details now.

Each model also boasts a fingerprint scanner on the back, NFC, and large 3600mAh battery and Qualcomm Quick Charge 2.0!

As customers in China won’t be receiving their Lenovo Vibe X3 phones until 25th November, don’t expect international resellers to have stock of the phone until late November/Early December.

Past Lenovo phones haven’t really managed to grab my attention, but the Vibe X3’s dual front speakers, dedicated audio, and decent camera hardware has me intrigued. What do you guys think?

Previous No.1 X2I gets more RAM and Lollipop as standard

Next Letv says Namaste to India with launch of LeMall India