Another day, more info about a November launch from a Chinese OEM.

This time round, it is Gionee that’s announced it’ll be launching the battery monster phone aka the Marathon M5 in India on the 24th of November. This comes after Xiaomi, Huawei and and Vivo have launched lined up for the last week of this month.

The Marathon M5 launched in China back in June, and will be making its way into the Indian market after the launch in Bangalore on Tuesday. 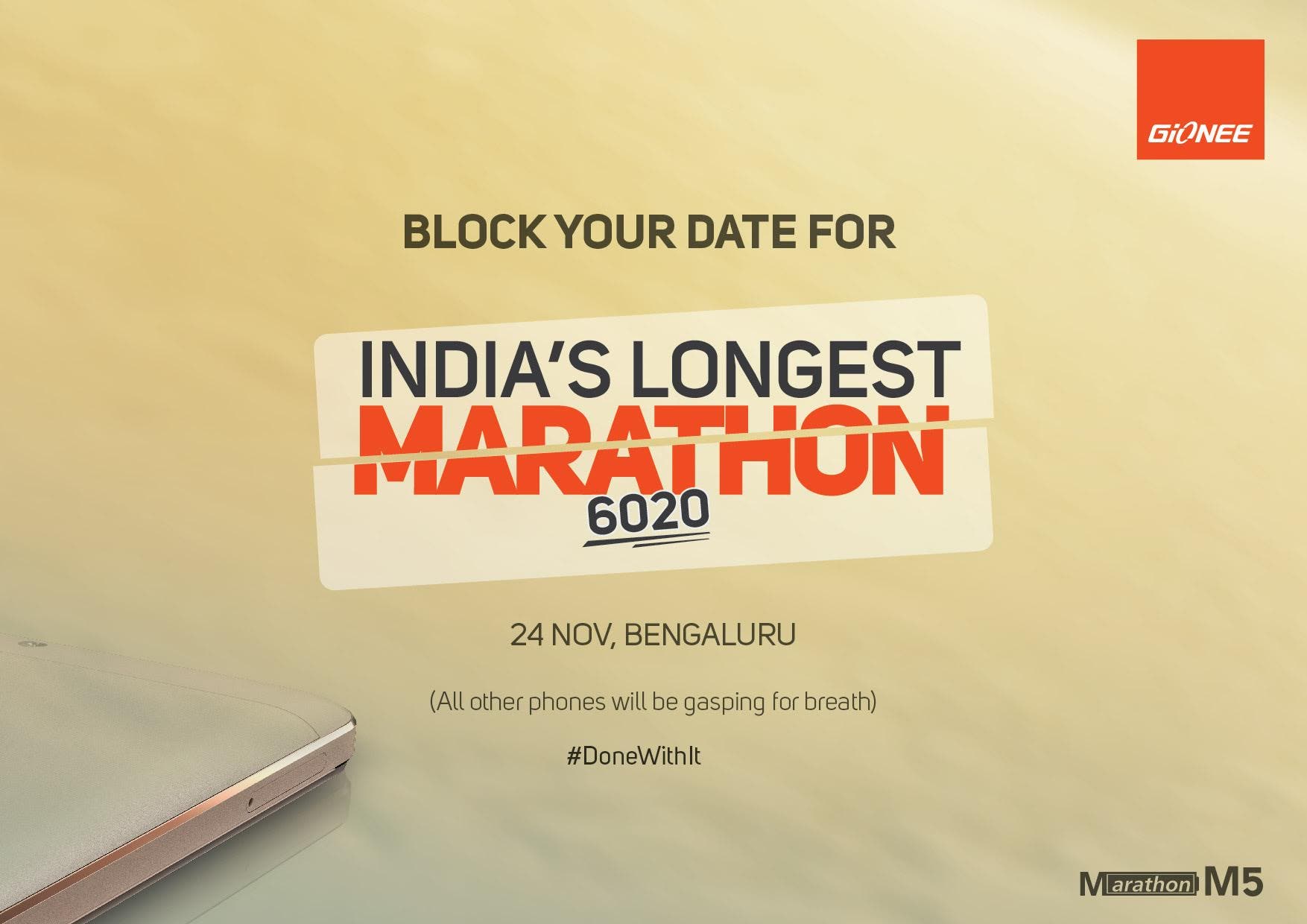 It comes with a dual-battery setup, with each cell clocking 3010mAh, thus giving an effective total of 6020mAh, which is way beyond the standard battery capacity of today’s Android phones. Imagine that coupled with a power efficient MediaTek MT6735 chip; we’re talking almost 3-5 days of moderate usage.