Xiaomi launched two exciting new Android products today. The first was the Xiaomi Redmi Note 3 with all alloy chassis and the first Xiaomi to boast a fingerprint scanner on the rear, and the second is the Xiaomi Mi Pad 2, a tablet that runs either Android 5.1 or Windows 10 out of the box.

Both devices were just announced in China today and already Chinese fans are preparing to buy them, but as usual Xiaomi haven’t released plan to launch either product outside of China just yet, so as usual international customers need to rely on resellers.

To get ahead of the rest, Shop.GizChina.Com have already announced the pricing of both models and are now accepting pre-orders for the products. 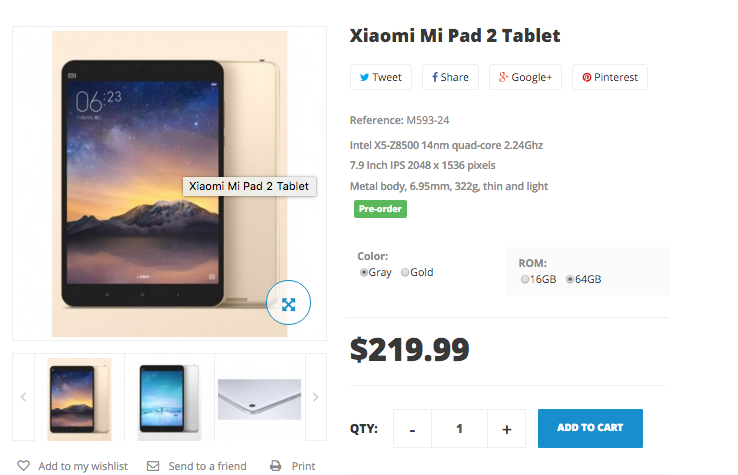 The Xiaomi Redmi Note 3 (2GB RAM model) is up for pre-sale now for $199.99, while the flagship Xiaomi Mi Pad 2 tablet can be pre-ordered for as little as $219.99. For more details of both device, or to order these or other head over to Shop.GizChina.Com now.