There’s already an active community of TV box hackers committed to bringing a desktop-like experience to these inexpensive boxes. What would be better would be a TV box that is made for the devs in mind — and the GeekBox is exactly that.

The GeekBox is an open source TV box powered by the 64-bit octa-core RK3368 chipset (H.265 compatible) from Rockchip. It also has 2GB of RAM and 16GB on-board storage with that based on eMMC 5.0, which should be fast enough for most users.

Another interesting, dev-centric feature of the device is its MXM3 interface, which will allow you to turn the GeekBox into a development board. Pretty neat indeed! 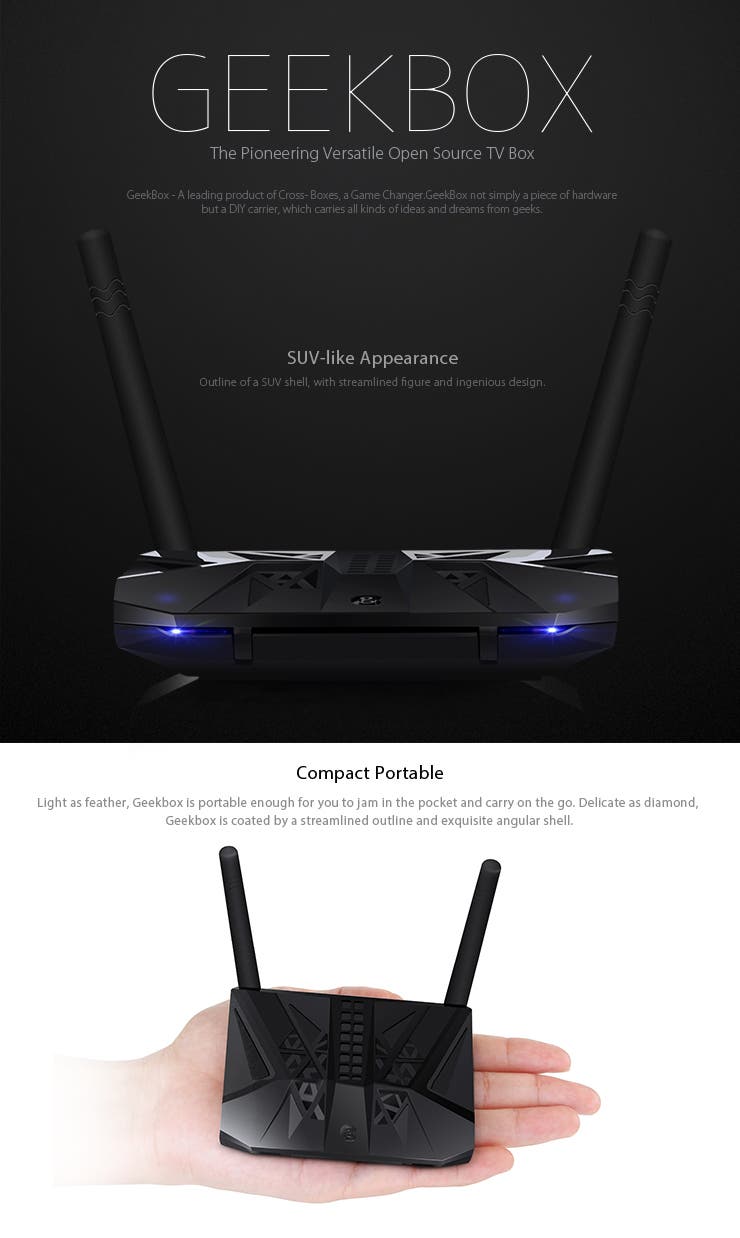 KODI is supported out of the box, while the TV box itself can boot into either Android or Ubuntu. However, with sources made available to anyone, you can expect more OS’s being developed for the GeekBox. It is priced $109.99 and available via Geekbuying.

More information can be found at the official website for the project, which is GeekBox.tv.