Following on from those impressive Snapdragon 820 Antutu scores this morning, Chinese tech media have now also managed to run Geekbench on the Qualcomm demo phone. Here are the results.

Today, Qualcomm are in China officially launching the Snapdragon 820 chipset and introducing the new features of the SoC to Chinese Media. While at the event press were also treated to have a turn on a demo smartphone featuring a 2K display, 3GB RAM, 21 mega-pixel camera, 64GB internal memory, and the new SD820.

It didn’t take long for someone to install Antutu on the demonstrator, those impressive Snapdragon 820 Antutu scores can be seen here, and now Geekbench has made its way on to the phone.

The Geekbench scores on the Kyro Snapdragon 820 are Single core: 2320 and Multicore: 5396. On their own that doesn’t mean too much so let’s compare them to a few other phones. 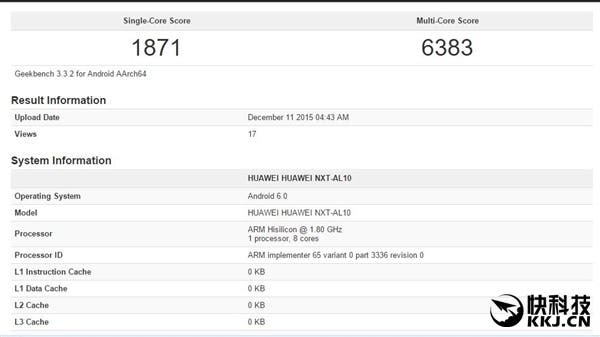 In comparison the Huawei Nxt with Kirin 950 scores 1871 in single core performance and 6383 in multi-core. 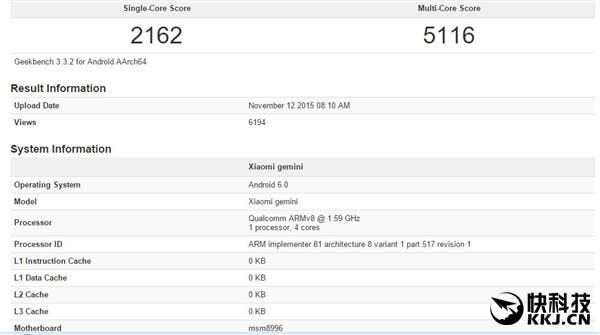 The Xiaomi Gemini (aka the Xiaomi Mi5) has been sighted on Geekbench with a single core score of 2162 and multicore score of 5116.

So Qualcomm’s demo phone is slap bang in the middle of the two, what will this mean for actual performance? Well it means all three of these phones are going to be insanely fast once you have them in your hand, and I doubt very much that we will be able to see any notable difference in gaming performance, but only time will tell!

Previous LeTV launching in the U.S in less than a month

Next What will Xiaomi launch on December 15? Speculate with us!