Xiaomi is up to quite a lot, it seems. The Redmi Note 3 just launched, while the Xiaomi Mi 5, along with a ‘Prime’ phone for the Indian market is in the pipeline. This is besides the December 15th launch that Xiaomi have planned, allegedly for a robot vacuum cleaner.

Add to that list, another smartphone: the Xiaomi ‘Kenzo’. This phone was recently spotted on a benchmark database, and is widely believed to be the Xiaomi Redmi 3.

The Redmi 2 may not have been the thundering success that its predecessors were, which is all the more reason for Xiaomi to make the Redmi 3 a killer phone.

The benchmark listing gives some (confusing) insight into the Xiaomi Kenzo; this includes a mention of the octa-core MSM8952 aka Snapdragon 617 processor, along with a processor listing that says the phone will have only six cores. Take a look. 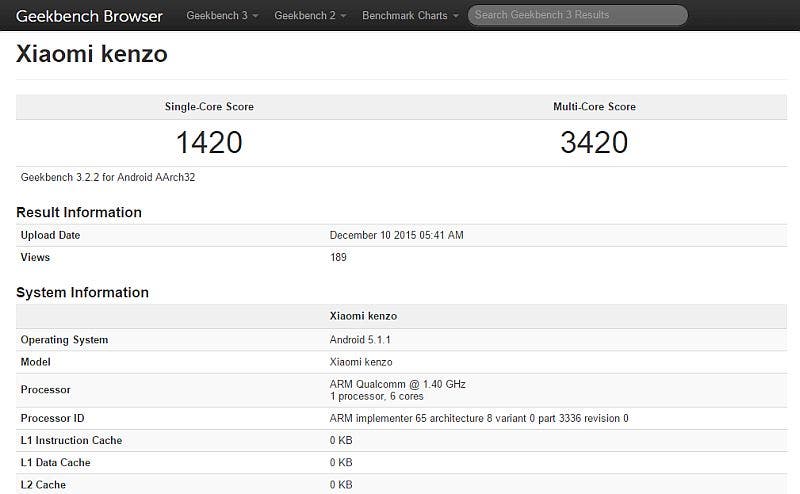 Specs in the listing in a nutshell:

While the processor model isn’t really clear yet, what you can tell from the info available is that this certainly isn’t going to be a flagship phone for Xiaomi.

Will this be the Redmi 2S/Redmi 3?

Previous What will Xiaomi launch on December 15? Speculate with us!

Next Elephone publish list of phones that will get Android 6.0