Doogee have released the full specifications for the Doogee T6 big battery phone along with pricing of around $140.

The Doogee T6 is the phone makers 2nd large battery phone of the year and uses a massive 6250mAh battery pack for a claimed 3 days of normal use. The battery is also good for 68 hours of music, or 39 days of standby. 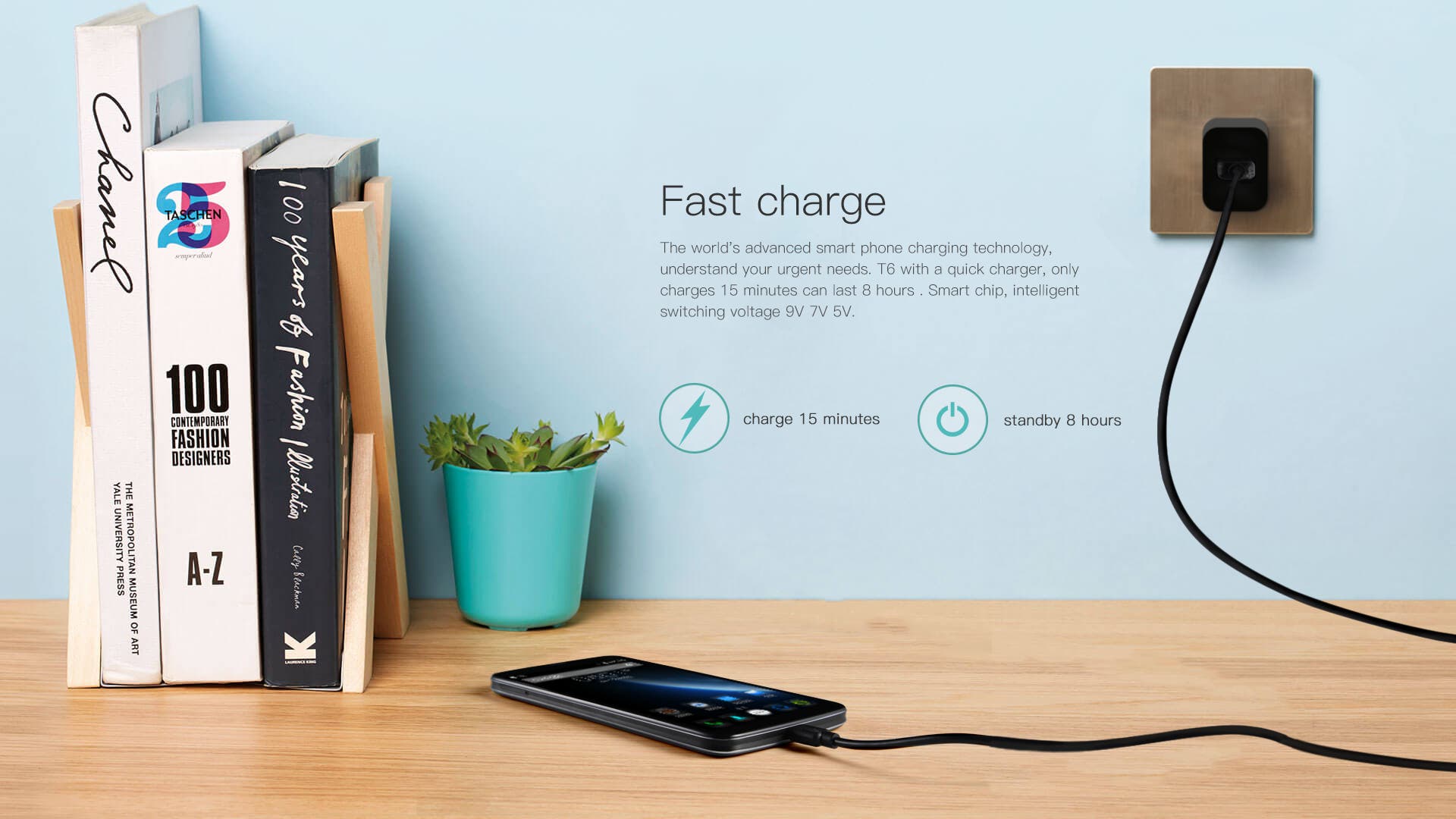 Keeping the large battery juiced is the job of a tailor-made 9v 2a charger. Doogee say they have also gone to great lengths to ensure that the charge is safe too and included multiple protective measures to prevent fires, shocks and other hazards. A full charge time hasn’t been revealed, but according to the press images a 15 minute charge will keep the phone going for up to 8 hours.

So its safe to say that Doogee wanted to make a battery-centric device with the Doogee T6, but there are also some other interesting features to take note of too.

A new ‘box’ speaker design has been included in the T6’s body which apparently will give the phone enhanced audio through the built-in speakers. 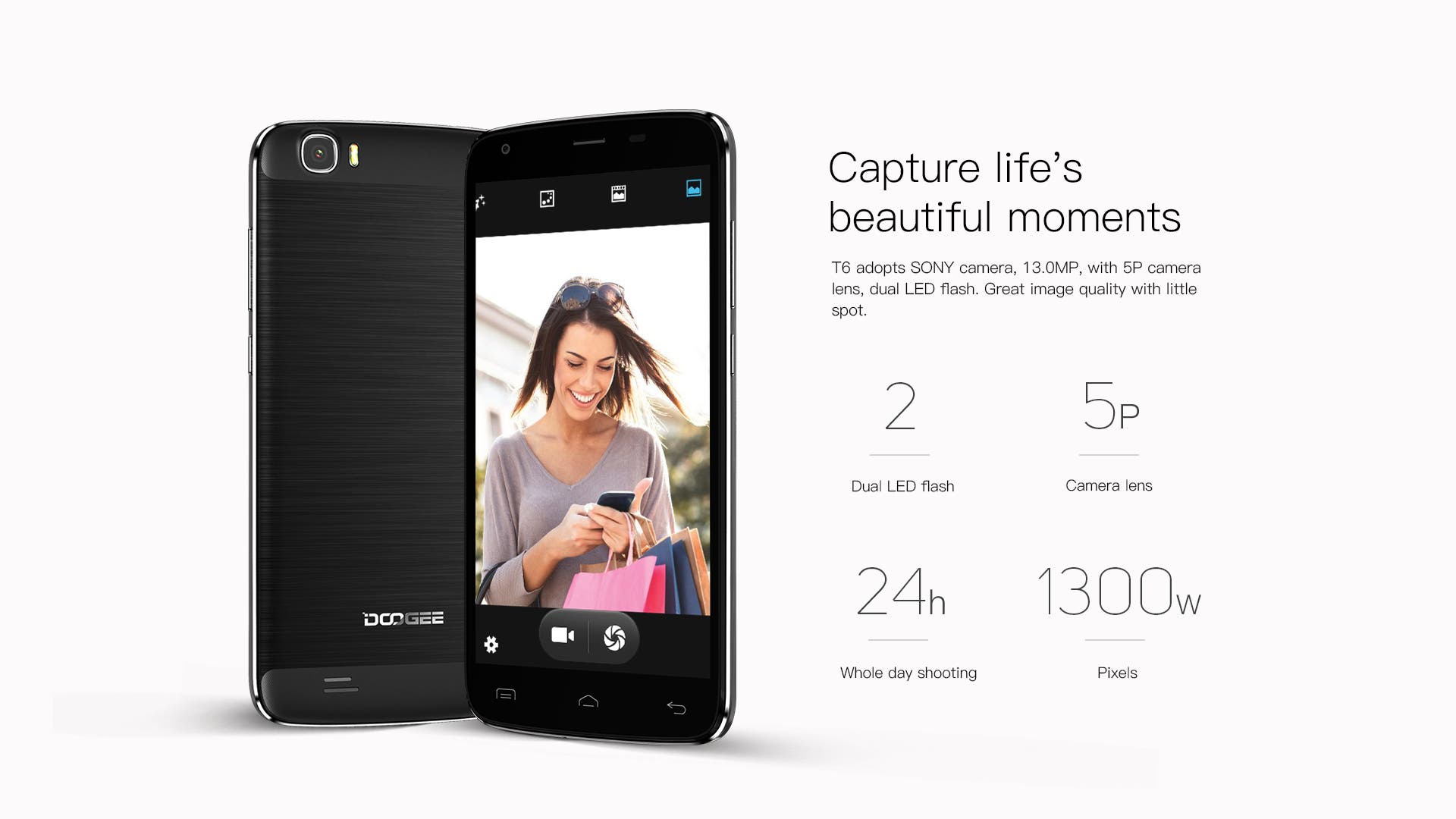 The Doogee T6 should start appearing on online reseller sites soon at around $140.

Next Uhans U100 Review - a phone for looks not function