It’s no secret that the upcoming Helio X20 is going to be a bomb (for the lack of a better word). Quite a few smartphone makers seem to be in queue to get an X20 under the hood of their phone… which is understandable given the kind of performance it has on offer, as the Helio X20 benchmarks suggest.

Helio X20 benchmarks were just found to have been listed on Geekbench, where the upcoming powerhouse of an SoC posted some crazy scores. Lets take a look.

As you would expect, the deca-core Helio X20’s strength lies in multi-core performance. It will now depend on developers to harness every bit of the available horsepower.

If raw numbers are what you deal in, here’s how the Helio X20 does: 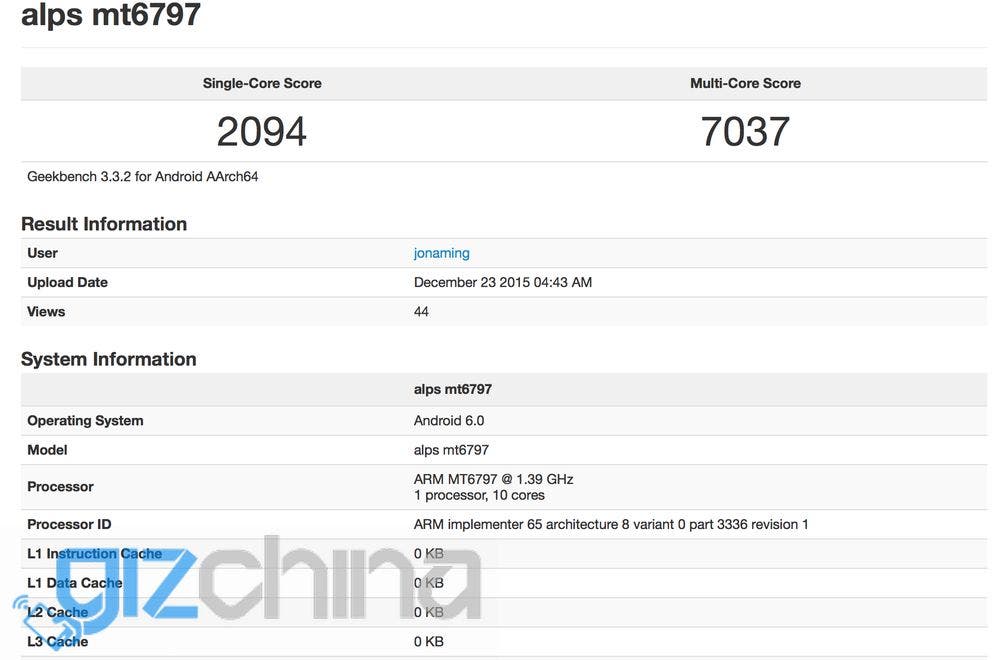 To put things into perspective, the Kirin 950 manages something around 6200 multi-core points, while the Apple A9 does 2500+ single-core points.

And they’re respectively the best in each of the departments (multi- and single-core respectively)… that is, until the Helio X20 finally shows up on a smartphone.

One of the most talked-about upcoming Helio X20 phones has been the un-named Zopo phone. Other companies, probably including Xiaomi, are vying for the first X20 phone in the world.

Previous Do NOT put your Redmi Note 3 in child mode for now, here's why

Next Siam 7x: Western cousin of the dual-screen Oukitel U6