The Xiaomi Mi5 has been spotted in the wild and a keen eye’d Weibo user has been quick to snap images and post them online. Take a look.

With Xiaomi Mi5 production already in full swing, and the phone launching next month it makes sense that there will be a few test mules doing the rounds in China, and it looks like one has already been snapped by an eagle eyed Weibo user.

The images show a black version of the Xiaomi Mi5 and as you can see it has a physical home button on the chin, just like the renders which have been posted over the past few months. 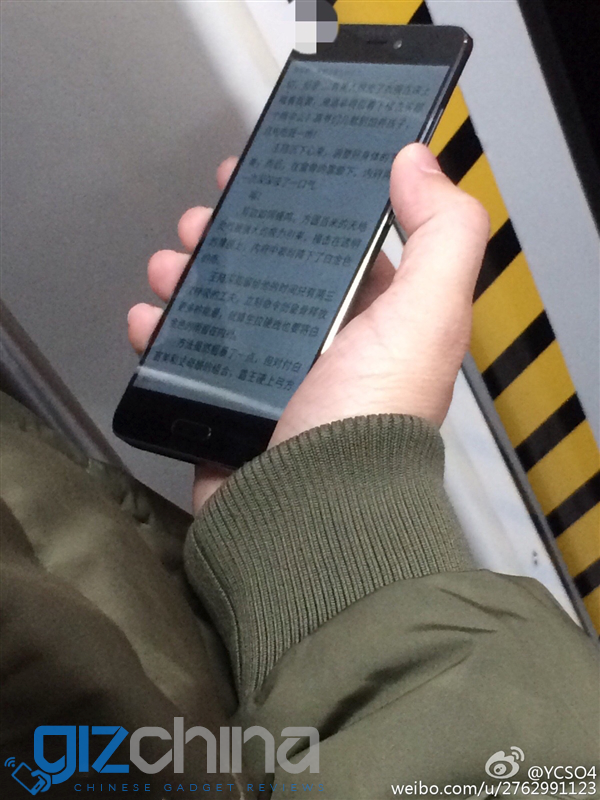 Bezels either side of the phone screen don’t look all that narrow compared to Nubia’s flagship phones, but are likely to be just a few mm wide like those on the premium Xiaomi Mi Note.

Speaking of the Xiaomi Mi Note, does the Mi5 have a similar curved rear shell to it? Looking at the top corner of the phone it does seem to curve away quite aggressively.

Xiaomi have already confirmed the Mi5 will come with a Snapdragon 820 chipset, and we expect 3 and 4GB RAM options to be available. Specs should also include a fingerprint scanner (in that home button), 16 mega-pixel rear camera, and a large battery.

Xiaomi will launch the Xiaomi Mi5 sometime at the end of February, while the Xiaomi Remi 3 will get on unveiling on the 12th January.