LeEco (formerly Letv) has been a bit of a revelation, not just in the Chinese market but also elsewhere (as you shall read towards the end of this article).

Testimony to that is the fact that the Letv Le 1 X600 review on GizChina is still a trending article — more than 7 months since it was published!

Another fact that solidifies the idea are LeEco’s sales figures. The company claims to have sold a mammoth 1 million units in December — this is not a cumulative figure across devices, but that’s how many Le 1s LeEco sold last month.

Coming from a company that launched its first smartphones less than a year back is truly commendable, and a reflection of how well the market can react to a good phone. Speaking of, LeEco also mention that the entire year’s tally (across all of its phones) breaches the 5 million mark. 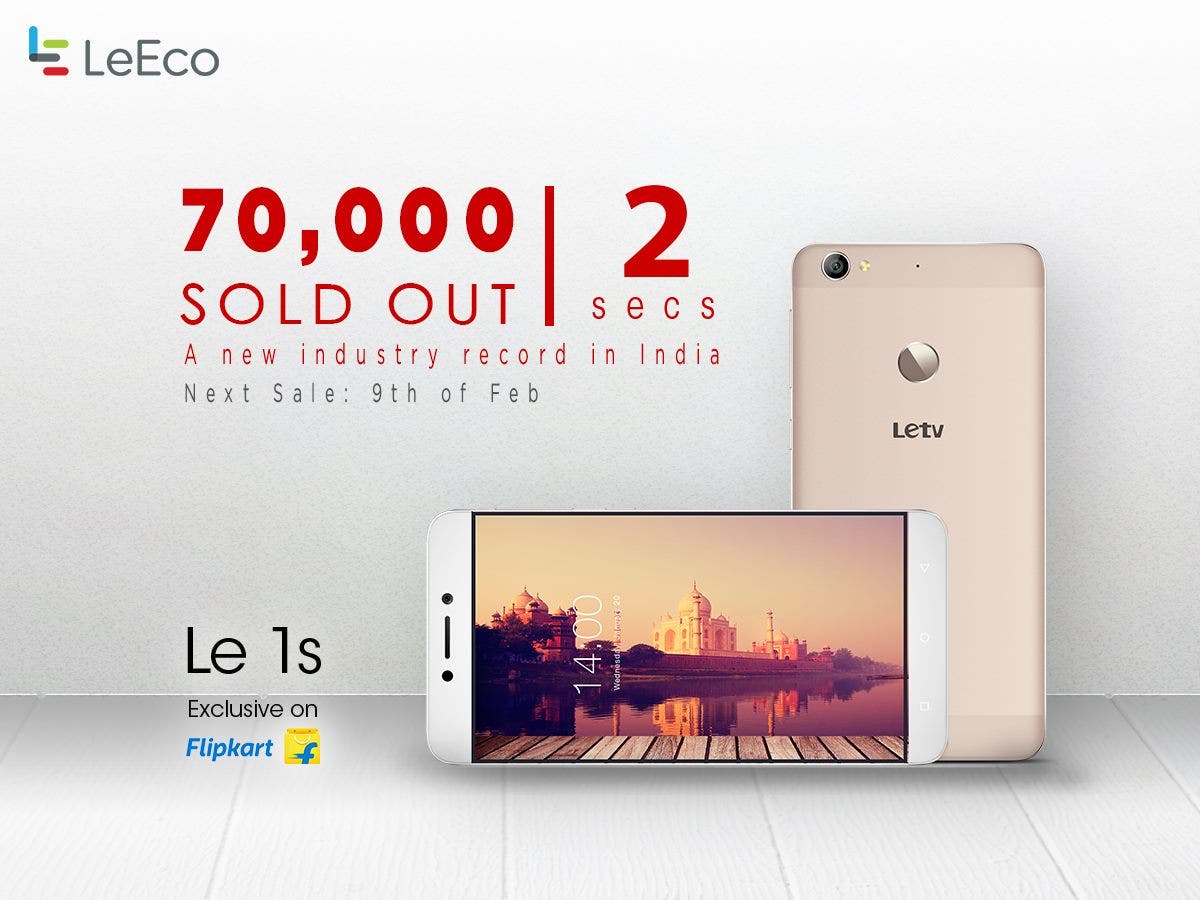 In related news, LeEco sold 70,000 units of the Le 1s in India today in a matter of just 2 seconds, which they claim is a ‘new industry standard’.

Furthermore, the Snapdragon 820 powered Le Max Pro is all set to see a first market launch.

Next Bummer: 'US Mobile' not authorized to sell Xiaomi phones