Gionee’s latest smartphone has been spied on Geekbench revealing details of the phone, and hinting at a new flagship from the company.

The Geekbench details show us that the model number of the mystery phone is Gionee GN9011, and that it is currently running Android 6.0, 4GB RAM and a Mediatek MT6755 chipset running at the full 1.95Ghz. 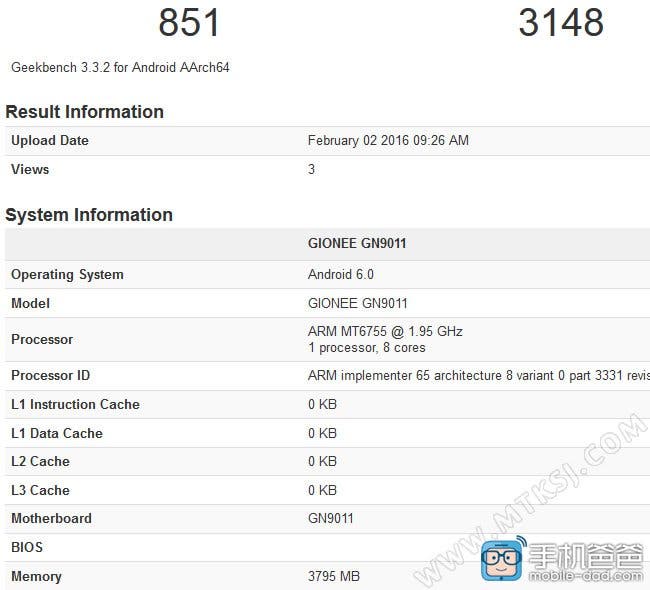 The GN9011 might be the ‘pro’ of flagship version of the Gionee W909 which was spotted last month running the same amount of RAM but Android 5.1 and the mid range MT6755M running at 1.81Ghz.

What’s interesting about the new benchmark is that the phone is running Android 6.0 which might indicate that Gionee’s Amigo OS is due a major update. The timing of the leaks also comes just a few weeks before MWC, so perhaps these new phones and Android 6.0 system will be on show?

Next Meizu users find malware built in to Flyme!