The Ulefone Power isn’t the only phone with 6000mAh battery, the Oukitel K6000 also has a similar large battery. More details revealed in the following teardown.

Considering Oukitel have only been in the Chinese smartphone race for just over a year, the company have done surprisingly well to grab fans with their use of large batteries. Phones like the K10000 with 10,000mAh battery helped the Chinese phone maker go viral, but its devices like the K6000 that the majority of buyers are more interested in for themselves. 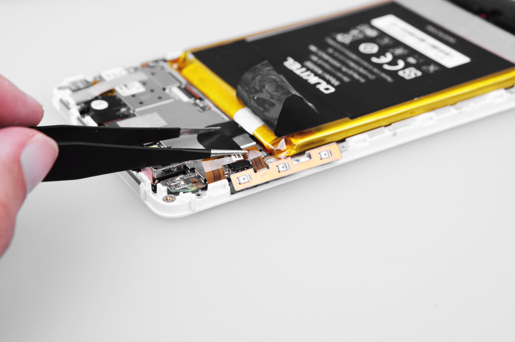 Oukitel have performed a quick teardown of the K6000 for us and provided a few photos to give us a peek inside the 5.5-inch phone and see the large built-in battery which would normally remain hidden from sight.

Going through the teardown the inside of the K6000 looks rather neat and well thought out considering the rear panel isn’t meant to be removed by the users. However, for anyone wanting to take a peek inside their K6000 the rear panel does seem to just clip in place and is easily removed. 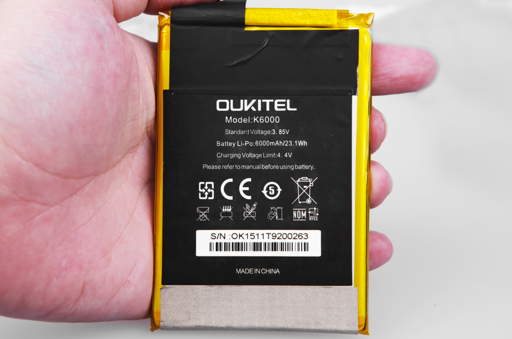 The teardown also reveals that metal chassis is split in sections and needs to be removed, by unscrewing 11 screws, before the internal 6000mAh battery can be removed.

We’re sure that Oukitel would prefer customers not to take their phones apart, but judging from the photos provided it doesn’t look all that complex and could mean home repairs could be possible (as long as spares are readily available).

Warning: Perform this teardown at your own risk. It is advised not to do this unless you have experience fixing phones as it is very easy to damage the hardware and chassis not done property.

What do you make of this tear down, do you find images and details like this useful for choosing to buy a phone, or are you not interested in the possibility of home maintenance of your smart devices?