The Elephone P9000 is the first phone from Elephone that I know of that leaked, was announced and then launched in a matter of weeks. This is a far cry from Elephone’s past launches which saw a phone leaked and then ultimately launch 12 months later.

So is the Elephone P9000 the phone which could turn Elephone’s image around? Elephone have actually gotten a few of the design details of the Elephone P9000 right for a change.

For starters the bezels on the phone are actually really super thin. For a 5.5-inch smartphone the Elephone P9000 is one of the more compact designs out there. Elephone have also put more attention to detail in the metal frame on the P9000 which has helped give the phone a clean look while maintaining a low weight. Our black version of the P9000 features a 5.5-inch FHD display up front with front 8 mega-pixel camera at the top and a single hardware button on the chin of the phone. This is an interesting choice, and one that is sure to displease some. The single home button design reminds me of earlier Meizu phones. Tapping the home button once acts as a back gesture, a double-click is for getting home, and a long press opens up recent apps.

If you don’t want to play around with these gestures, then you can always head in to the settings and turn on the onscreen navigation bar. 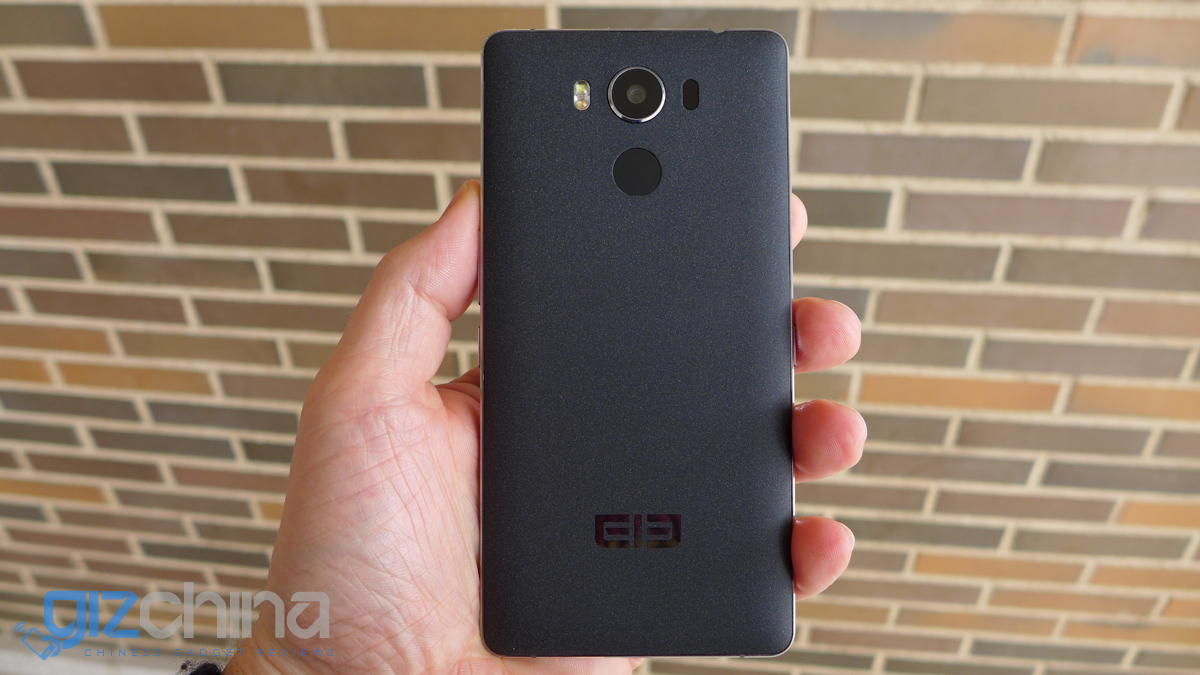 The rear of the P9000 has a sandstone finish similar to (but not as rough as) the one found on the OnePlus 2. Other features found on the rear are the ELE logo, laser for the focus, 13 mega-pixel rear camera, dual LED flash and fingerprint scanner. Around the sides is the metal chassis finished in dark grey with a polished upper and lower edge. The only surprise here is the function button on the right side of the phone which can be used to launch apps. For example you can have the button set up to launch the camera from any application, however you can’t then have the button work as a shutter control (which seems like a missed opportunity to me). On the same side as the function button is a dual micro SIM tray, then we have a 3.5mm headphone jack at the top, volume and power buttons on the right, USB Type C in the base and a couple of holes for speakers. Only the drilled out holes on the right are for the external speaker. Initially I was impressed with the build of the phone, but the more I used it the more movement seemed to be evident in the physical buttons meaning an audible rattle is present.

There are no gaps in the build, but as you can see in the photo above the rear panel isn’t sitting quite flush with the metal frame. It looks like it would be very notable from the photos, but in the flesh it’s not has noticeable.

Another issue I found is that the rear panel marks really easily. A few days in my bag while traveling through Europe last week has resulted in marks and scuffs making the phone look much older than it actually is. 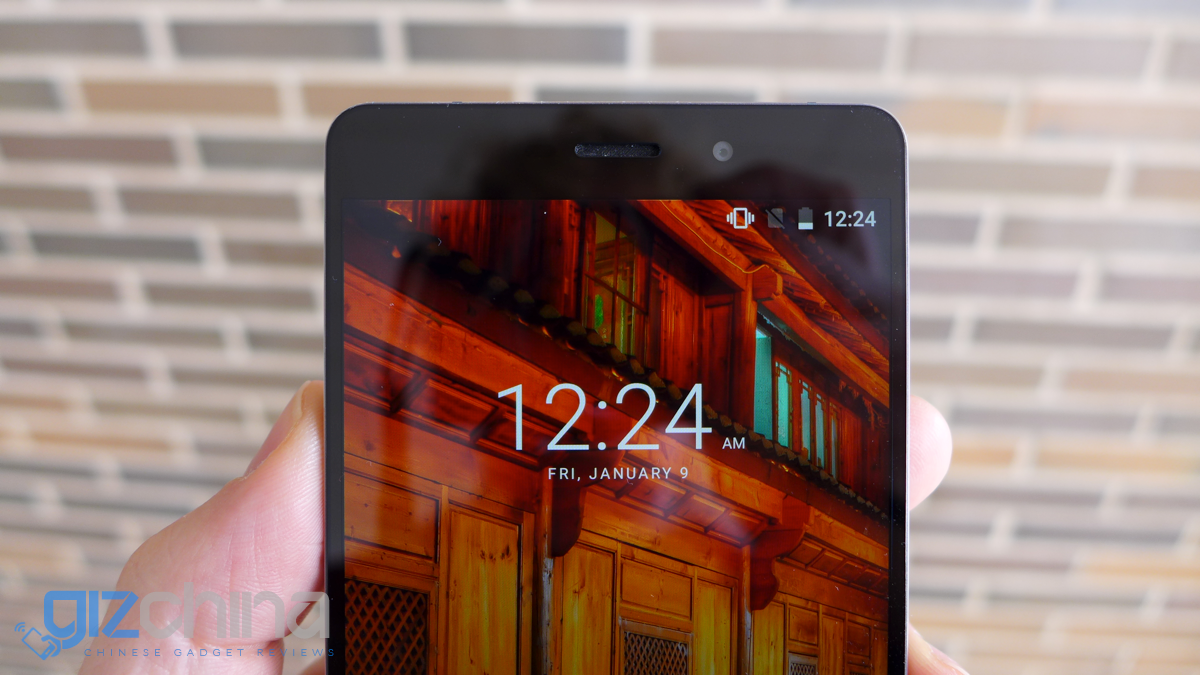 The 5.5-inch 1920 x 1080 display on the Elephone P9000 is exceptional. The screen really is beautiful with wonderful bright colours. Everyone who handled the P9000 commented on the display quality and the wonderful viewing angles.

The Helio P10 chipset and 4GB RAM set up is also an impressive combo. This is our first Helio P10 powered phone and we are impressed with the performance that the SoC offers. 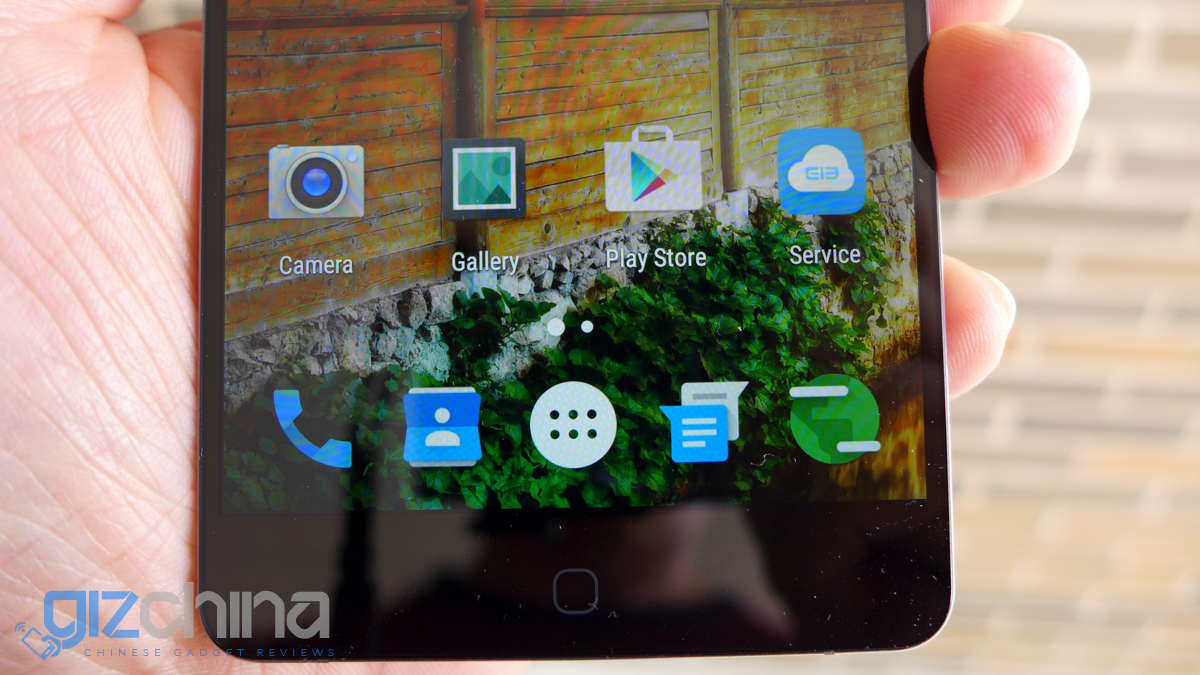 Many of you asked how GPS is on the phone, so I tested the phone without WIFI and a SIM installed. As usual the first lock on took a little while but since then the GPS has been super fast.

Elephone have given the Elephone P9000 fast charging features, but in the box there isn’t a fast charger included. You can buy the plug as an optional extra and using it will result in 0-100% charge times of around 3 hours. There is also an optional Elephone wireless charger, but using it results in much slower charge times.

The battery itself is a 3000mAh cell and it was giving me a full day of battery life and 4 hours of onscreen time while I was away traveling. To be fair the phone was hunting for LTE more often that it would at home as I was using data roaming, plus I shot a lot of photos and used Google Maps, so better battery life can be expected from less intense use. 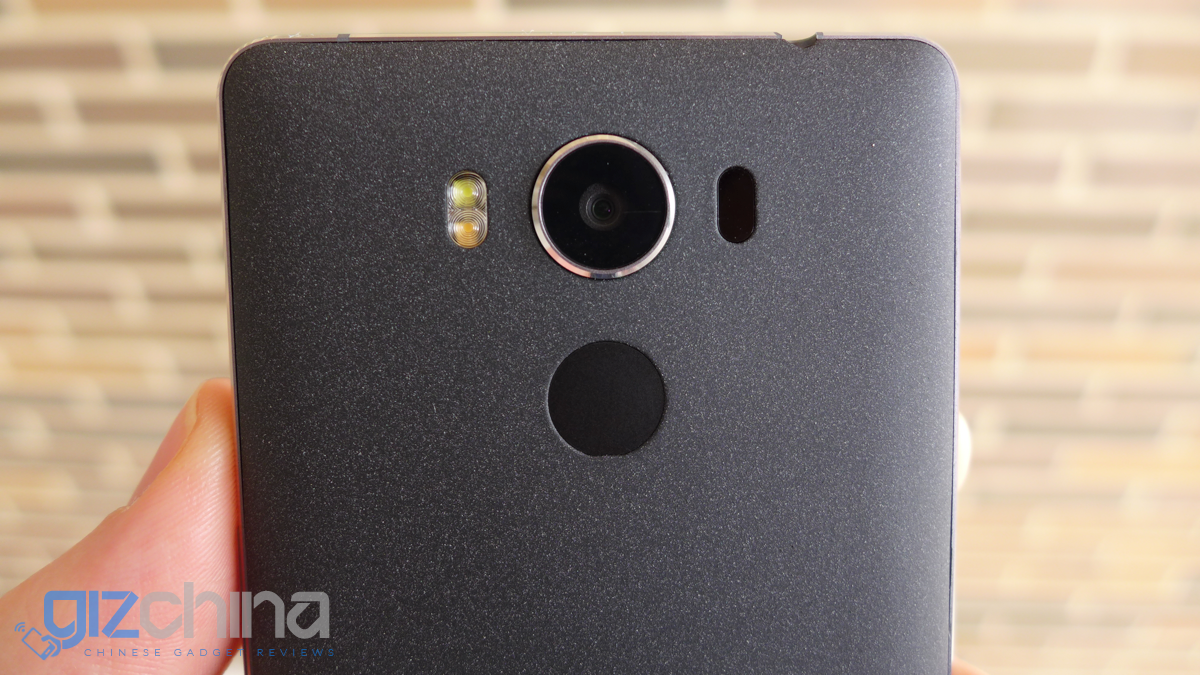 On the rear is that fingerprint scanner. In the past I have used Elephone phones with fingerprint scanners and not had a problem with them but the model on the P9000 isn’t great. First of all setting up the scanner isn’t very easy, in fact its so different from other phones that I had to write-up a “how to” a few days ago.

Once set up the fingerprint scanner isn’t very good. It worked well for the first day then it decided it no longer wanted to play nice. Restarting the phone jump started things again, but it’s still not as accurate as other phones.

The rear camera has laser autofocus but it won’t work unless you go in to the settings turn it off and turn it back on again. Laser auto focus is meant to help with close up images. With it on the focus is more accurate for close up images in good light, but the speed is similar to a fast regular autofocus phone (don’t expect OP2 levels of speed here). Final interesting specifications of the Elephone P9000 include NFC (a feature we are going to see come back on a number of phones this year), and USB Type C.

Overall the feature list is very impressive, and performance is good. The only features that really leave a lot to be desired are the camera (see below) and fingerprint scanner.

As mentioned, the Elephone P9000 is the first phone that we have tried with a Helio P10 chipset, and so far I can’t fault it. It might not get the same benchmarks as the Helio X10, but day-to-day performance is unquestionable.

The P9000 runs Android 6.0 Marshmallow out of the box, and although this is the first Android 6 build for the P9000 it is surprisingly well sorted (the only exception being the settings for the fingerprint scanner).

I took the Elephone P9000 with me to Prague last week. It was the first time I have ever been and I was blown away by the beauty of the city and the amazing architecture. 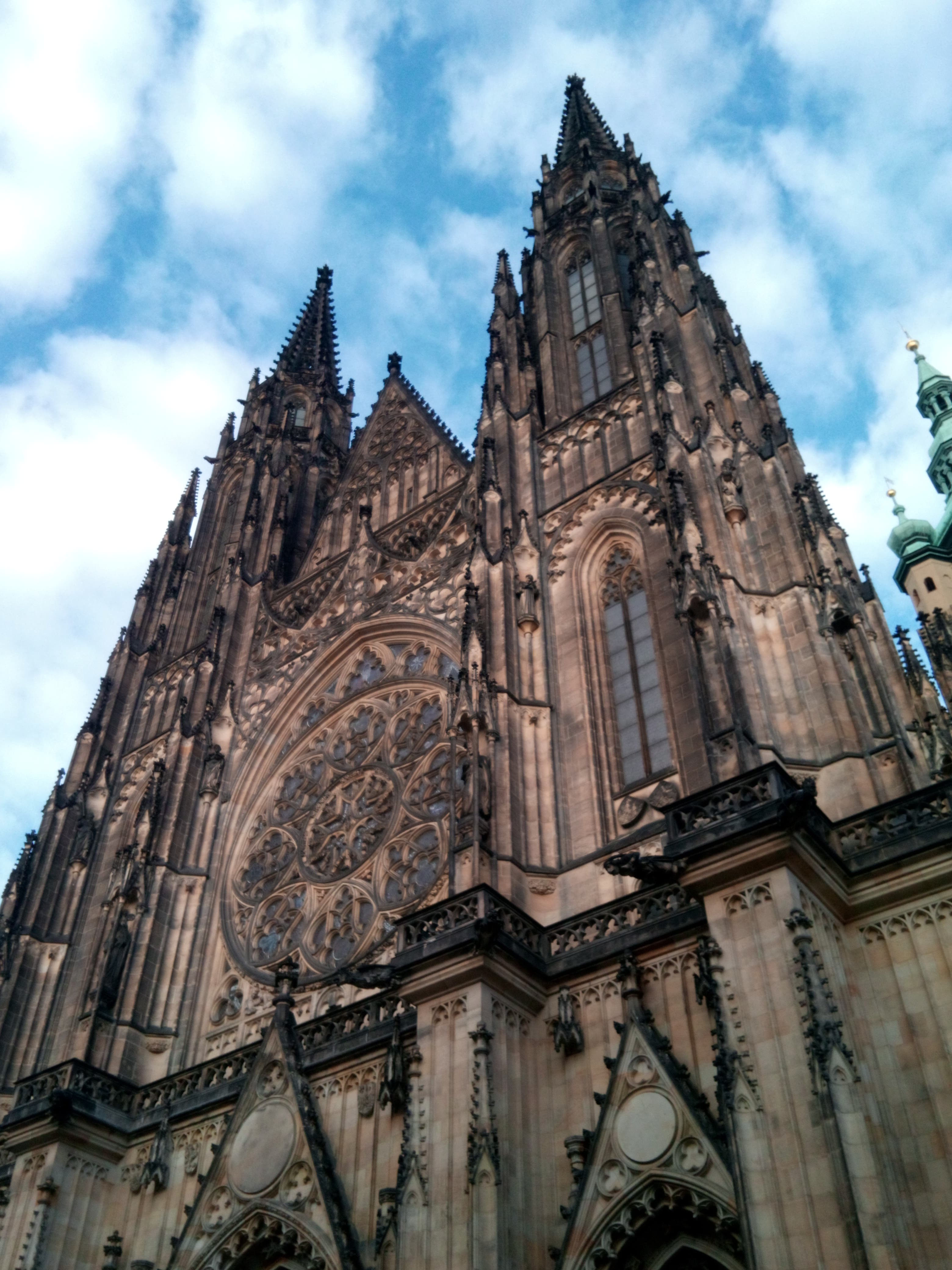 I’m sure I’ll go back again and see Prague and the wonderful sights, but if not I can count my lucky stars that I took my OnePlus X and Leica camera because the P9000’s camera is a pure let down. 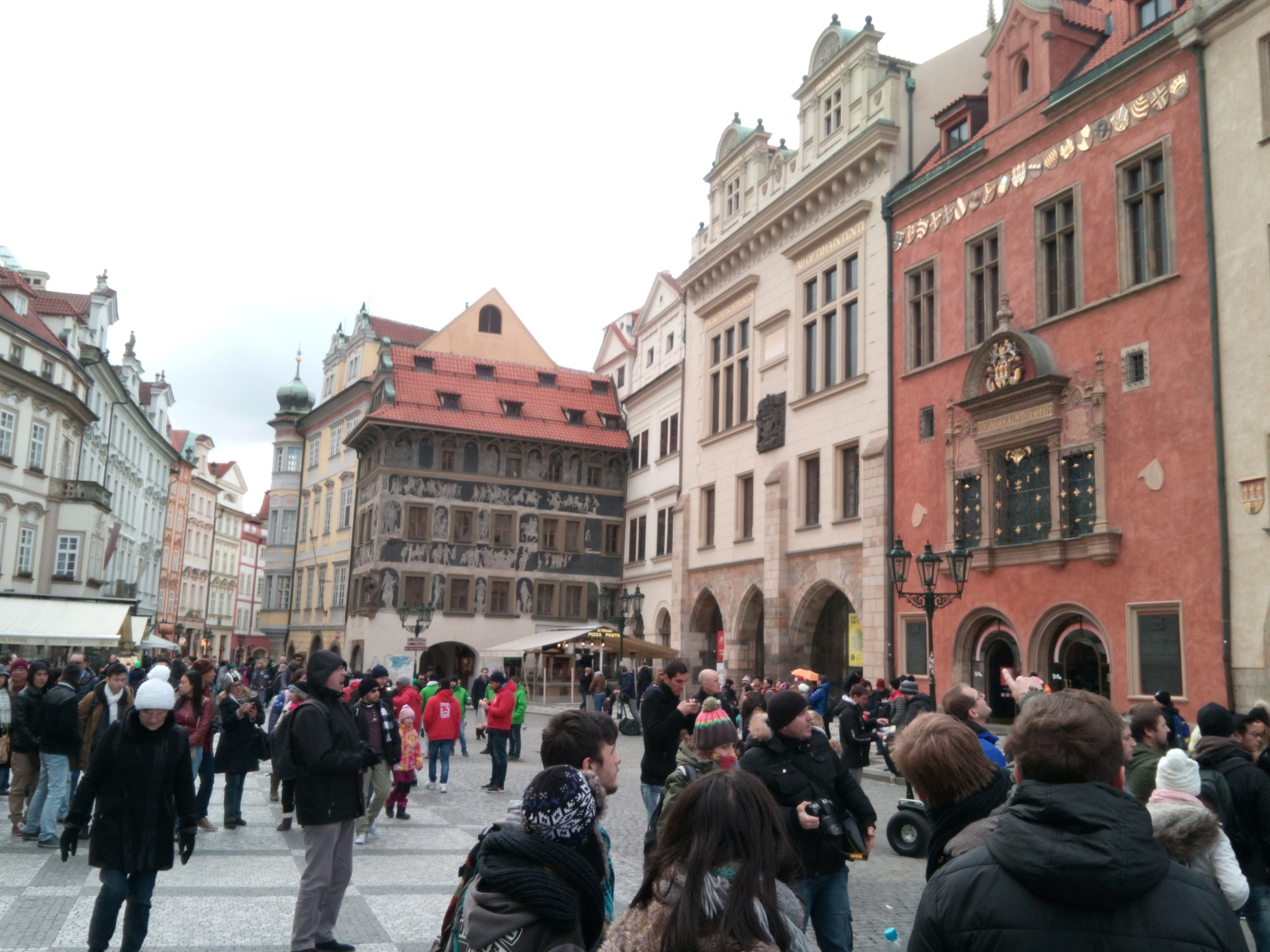 The P9000 requires huge amounts of sunlight to really perform well, but while I was in Prague I was getting bright sunlight mixed with deep shadows made by castles and other buildings. The P9000 simply cannot handle this and images which should have been good are seriously lacking. 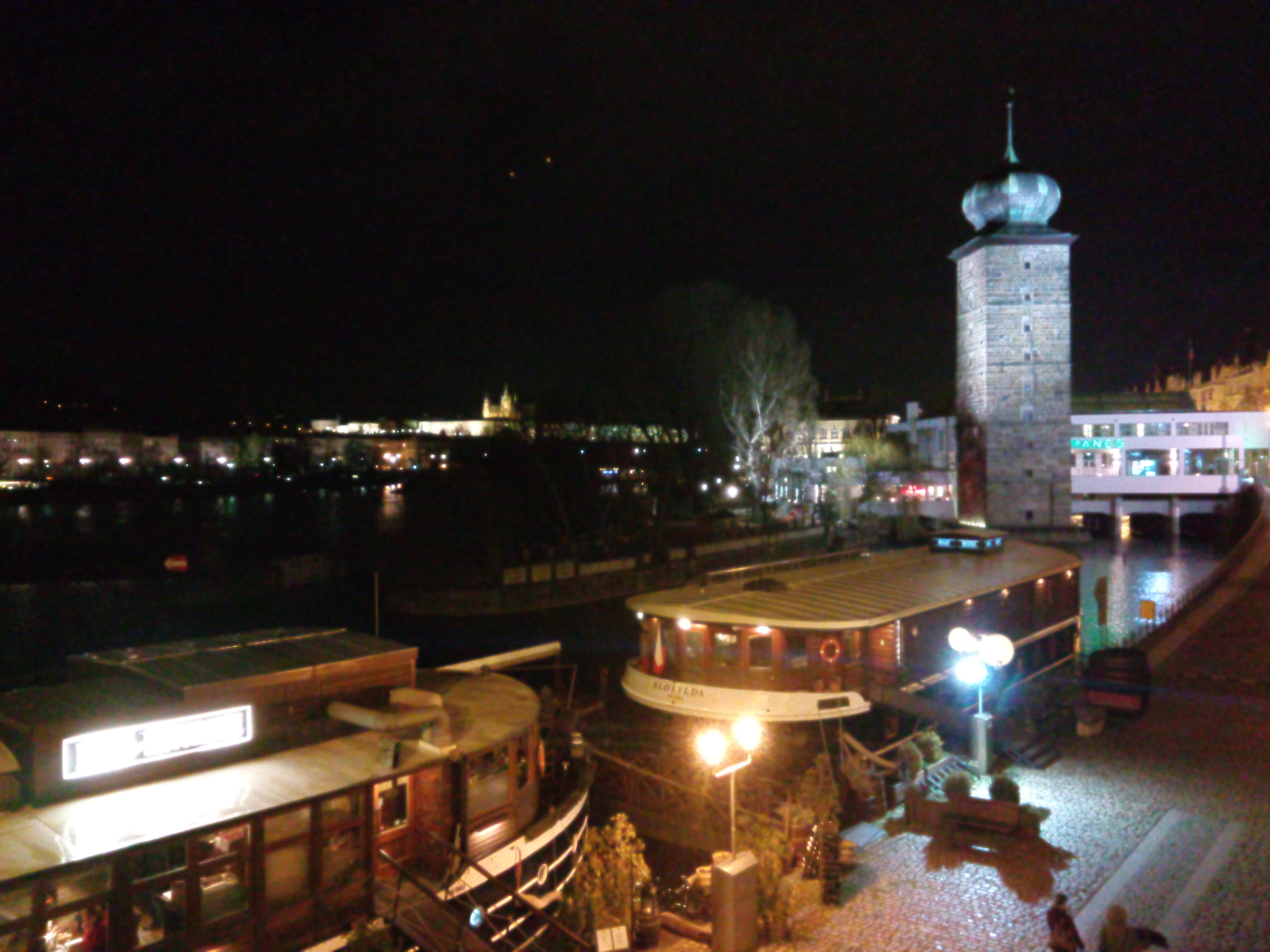 The main issues I had were with the focus and the lenses, a usual problem with Chinese phones and something we really demand that all brands address in the future. 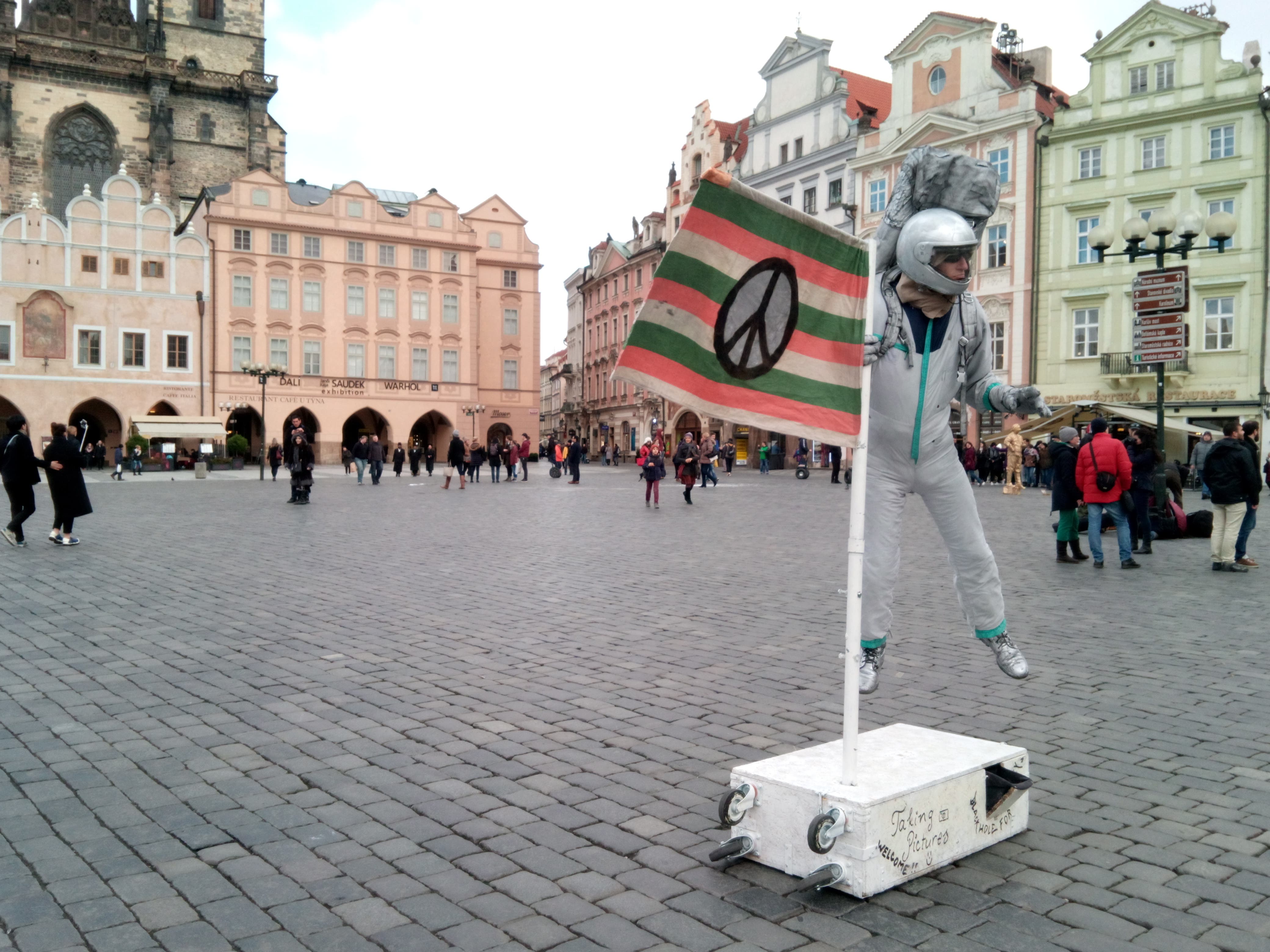 In comparison the OnePlus X shot everything well, but I wish I had taken something a little better (Mi Note, OP2). 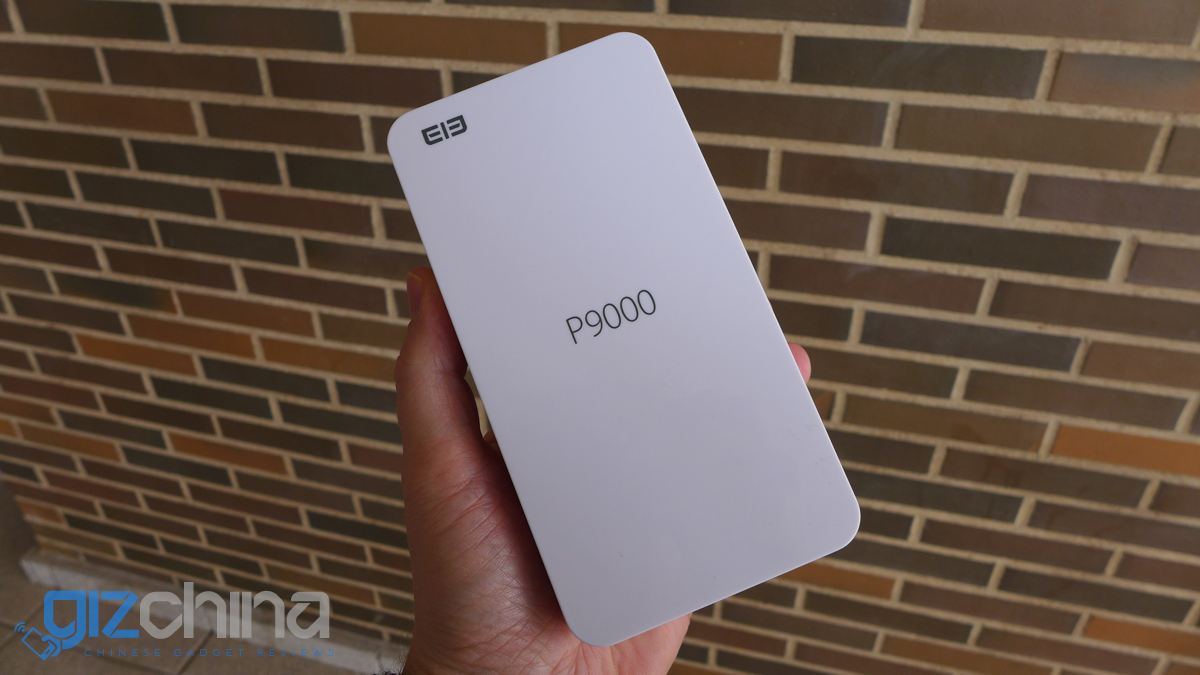 Another Elephone phone which promises the earth but lacks in important areas.

The camera, once again for Elephone, is the big disappointment this time around. The focus issue could be solved with updates but the lens issue cannot.

The fingerprint scanner can be fixed with updates and I hope this actually happens now that the Elephone team are back to work after the Chinese New Year.

Where the phone does impress though is the speed of the GPS, the amazing screen (it really is a joy to use), and good performance. I also like the fact that Elephone have included NFC and the option of wireless charging too, but proabably would have prefered it if these features were left out to bring enhancments to the camera.

Previous OPPO's teasers for 'something exciting' at MWC keep coming in

Next LeEco and Aston Martin will product the Rapid E together