Before we move on to the details, here’s something Hugo Barra said at the launch: “there are no truly borderless displays” 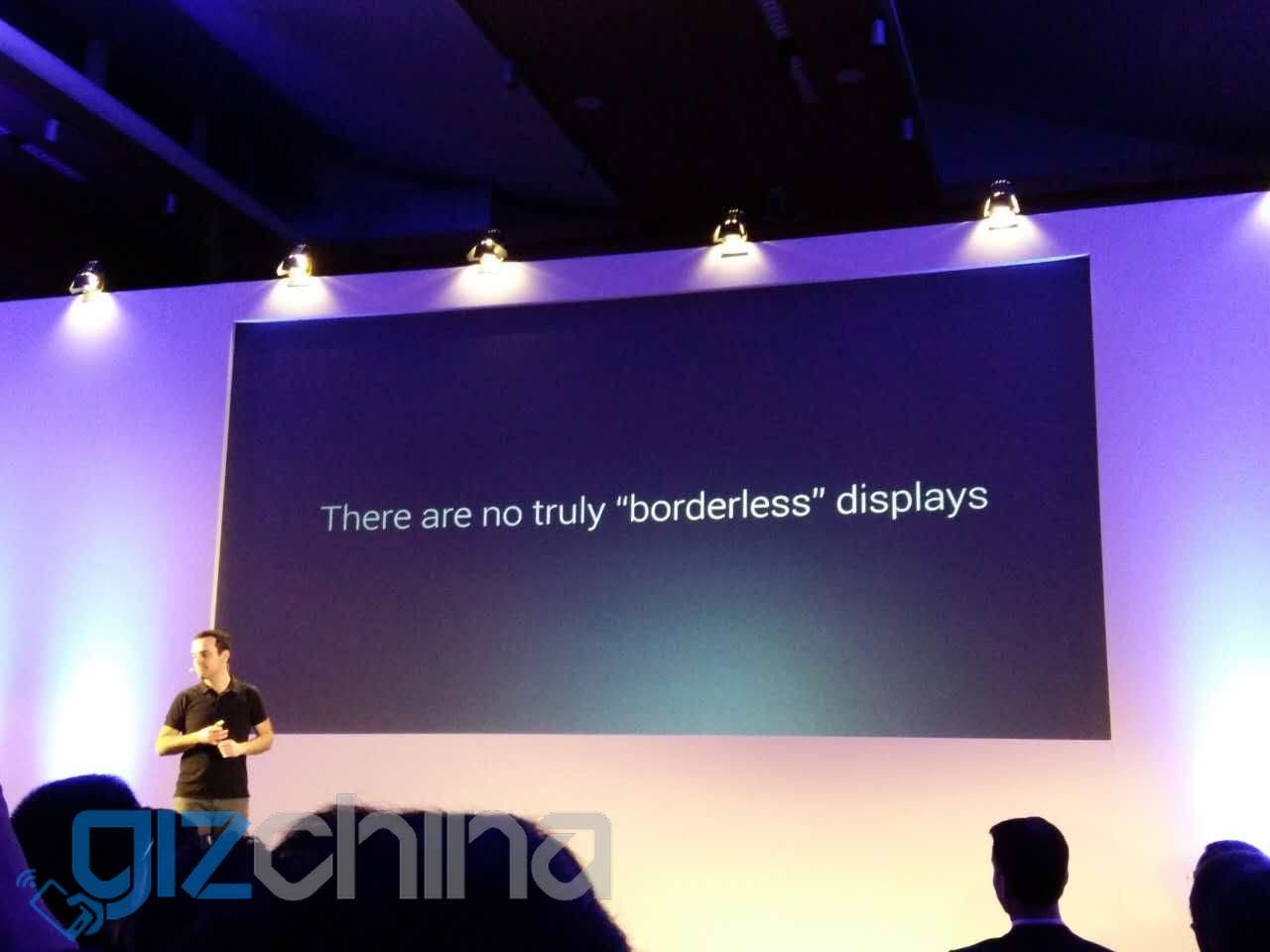 Right after we got the details of the Mi 5 from China, the MWC 2016 event for the smartphone launch took off.

Of course, heading the MWC event was the charming Hugo Barra, who went in-depth talking about the Mi 5.

Let’s get at the meat of the matter now: the phone, and its specifications! 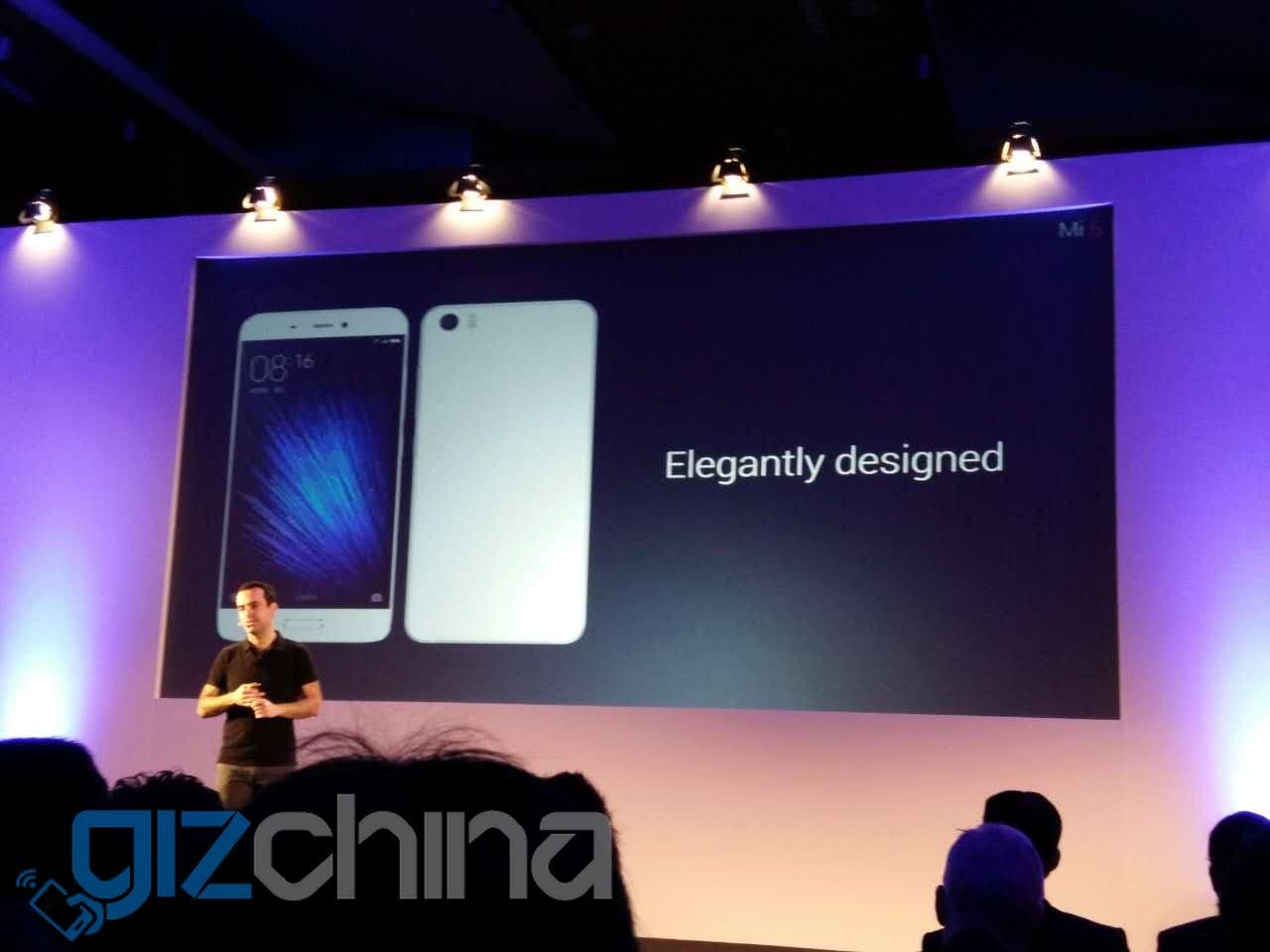 For starters, the Xiaomi Mi 5 has a Snapdragon 820 processor, and comes with either 3GB or 4GB of RAM. Xiaomi have put quite a bit of tech into the phone, and are rightfully calling the Mi 5 their most polished product yet. 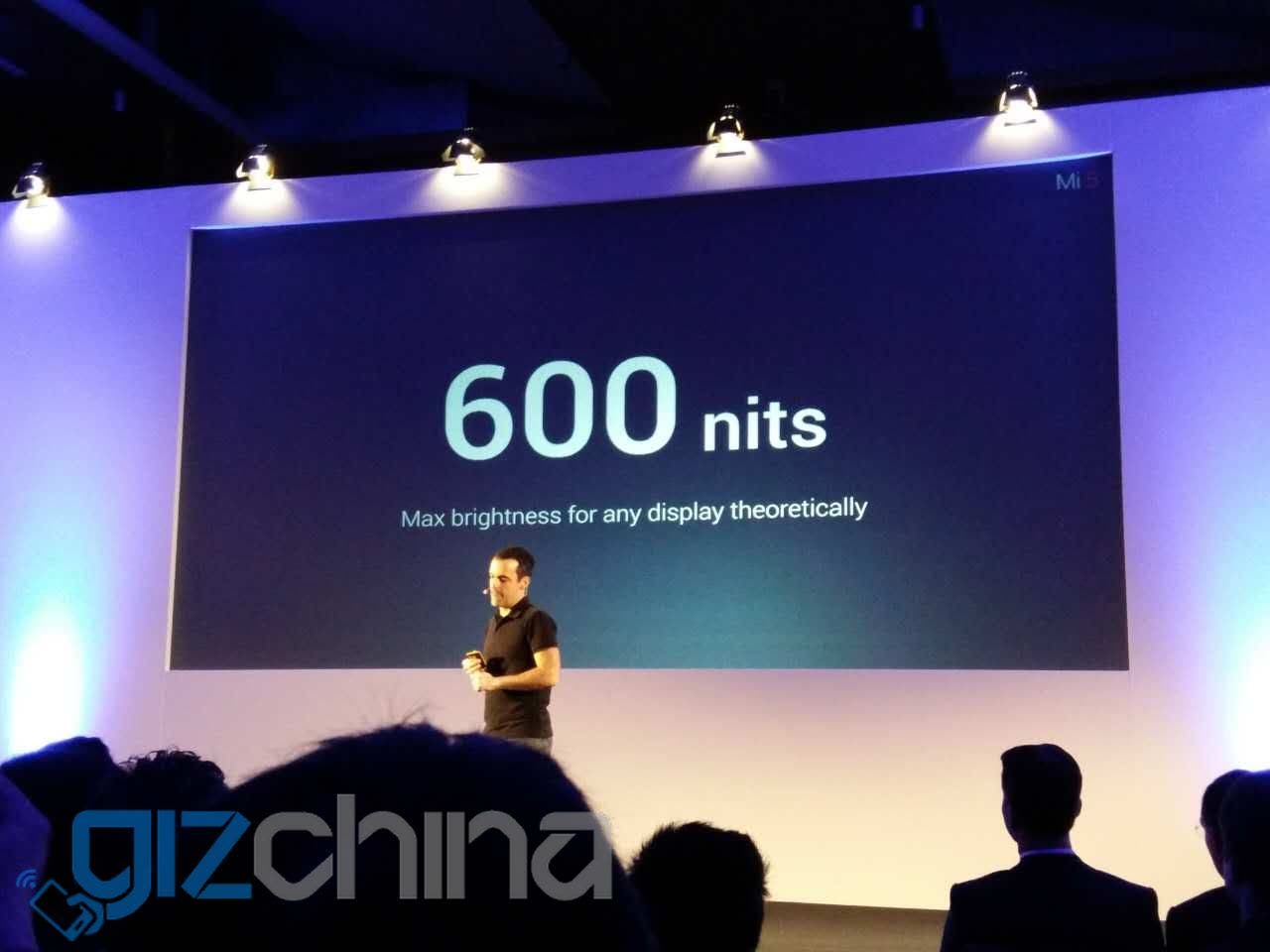 As we reported earlier, the Mi 5 will indeed feature only a 1080p panel and not a 2K display. This, across a 5.15-inch panel. Xiaomi mention they chose to go with 5.15-inches and not 5-inches so they could ramp up the number of LEDs beneath the screen and thus, make it brighter. 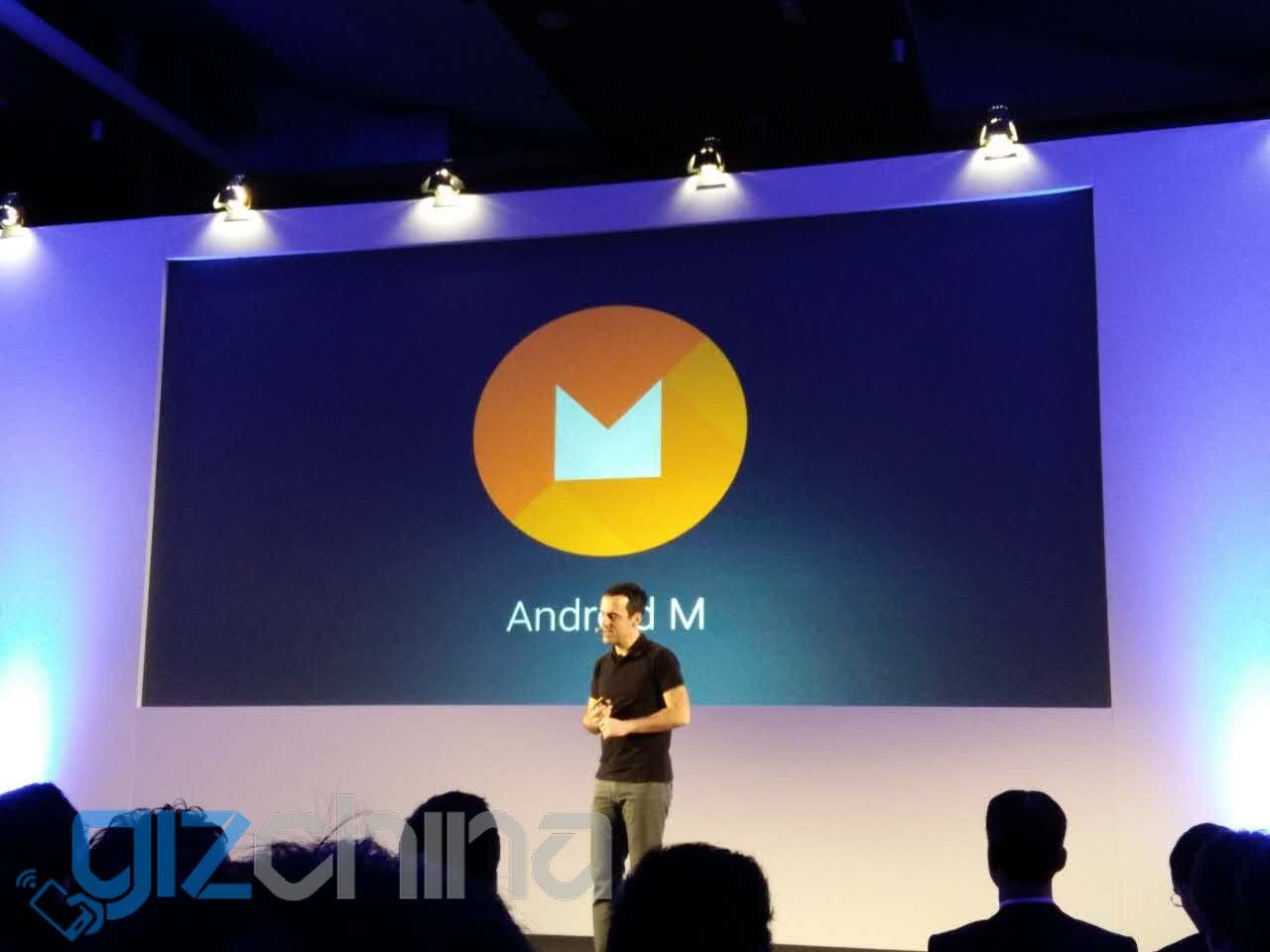 The Mi 5 will ship with MIUI 7 with 5 default themes. What you’ll be interested to know is the Android version: the Mi 5 will be the first Xiaomi phone to ship with Android 6.0 Marshmallow. 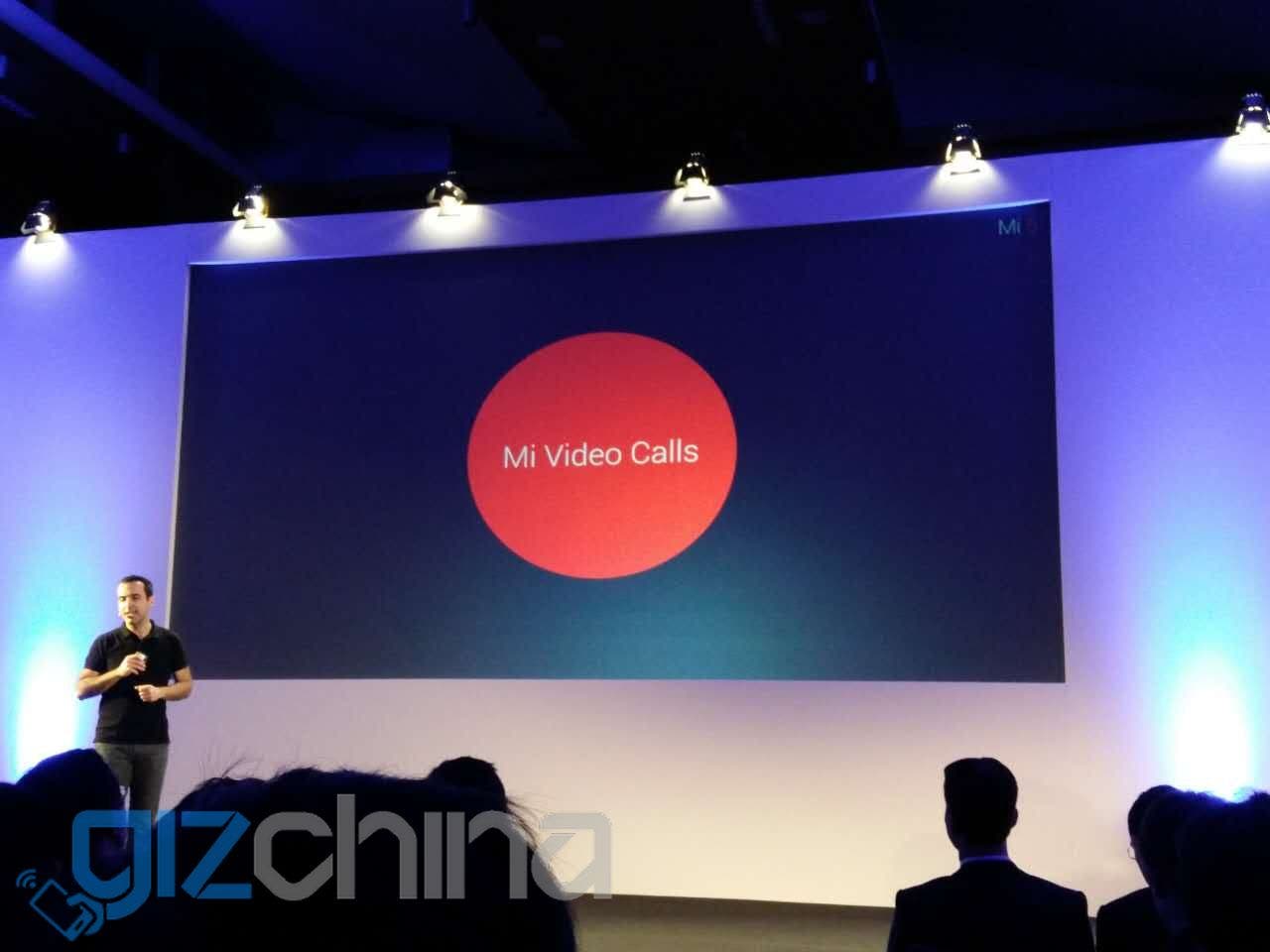 Video calling is something the Mi 5 will support via a Xiaomi app, built in to MIUI 7 on the Mi 5. The app will use real-time beautify (the same algorithms the front cameras on MIUI use).

Of course, it looks like something that’ll mainly be targeted at Xiaomi’s Chinese users. 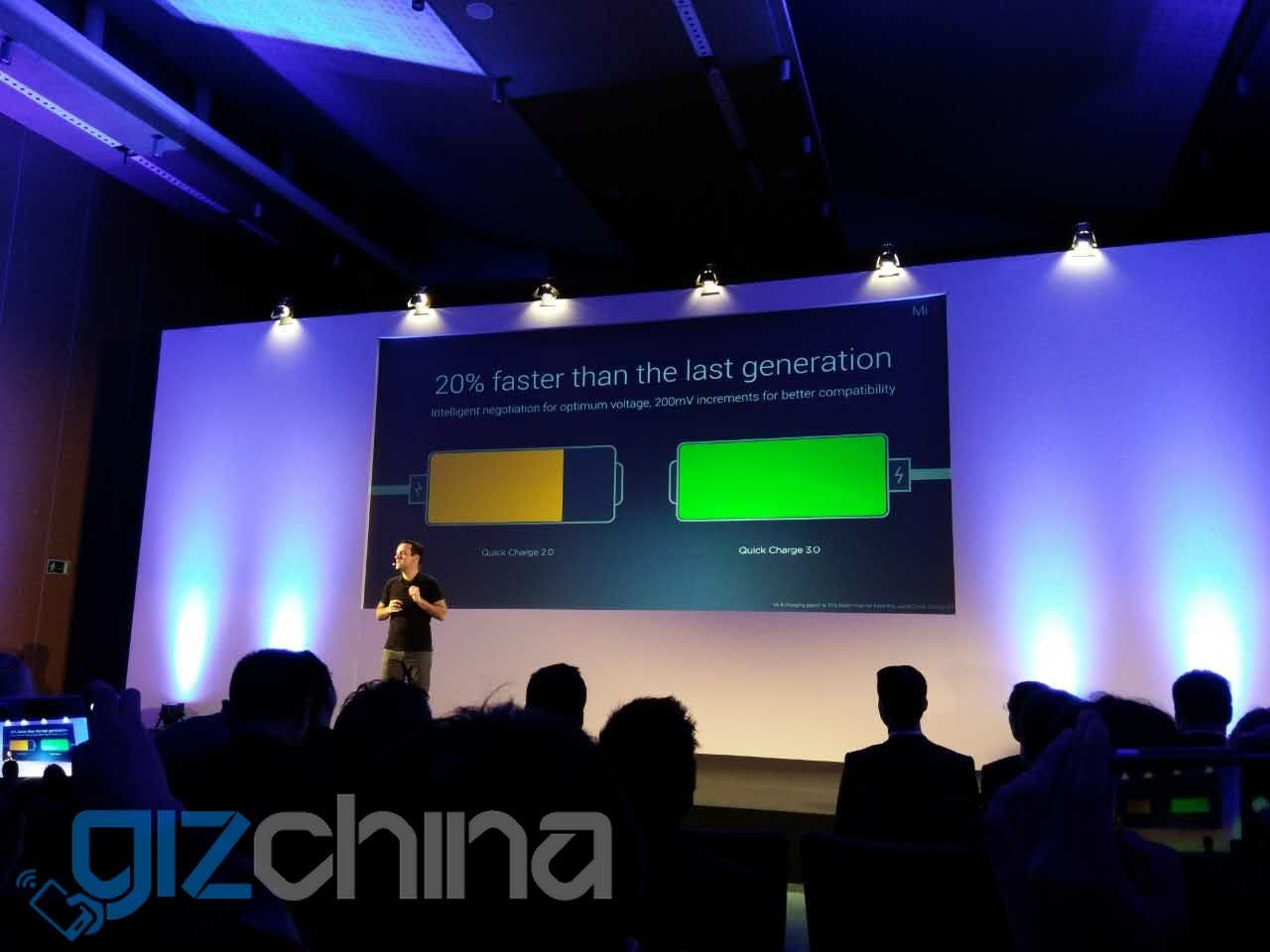 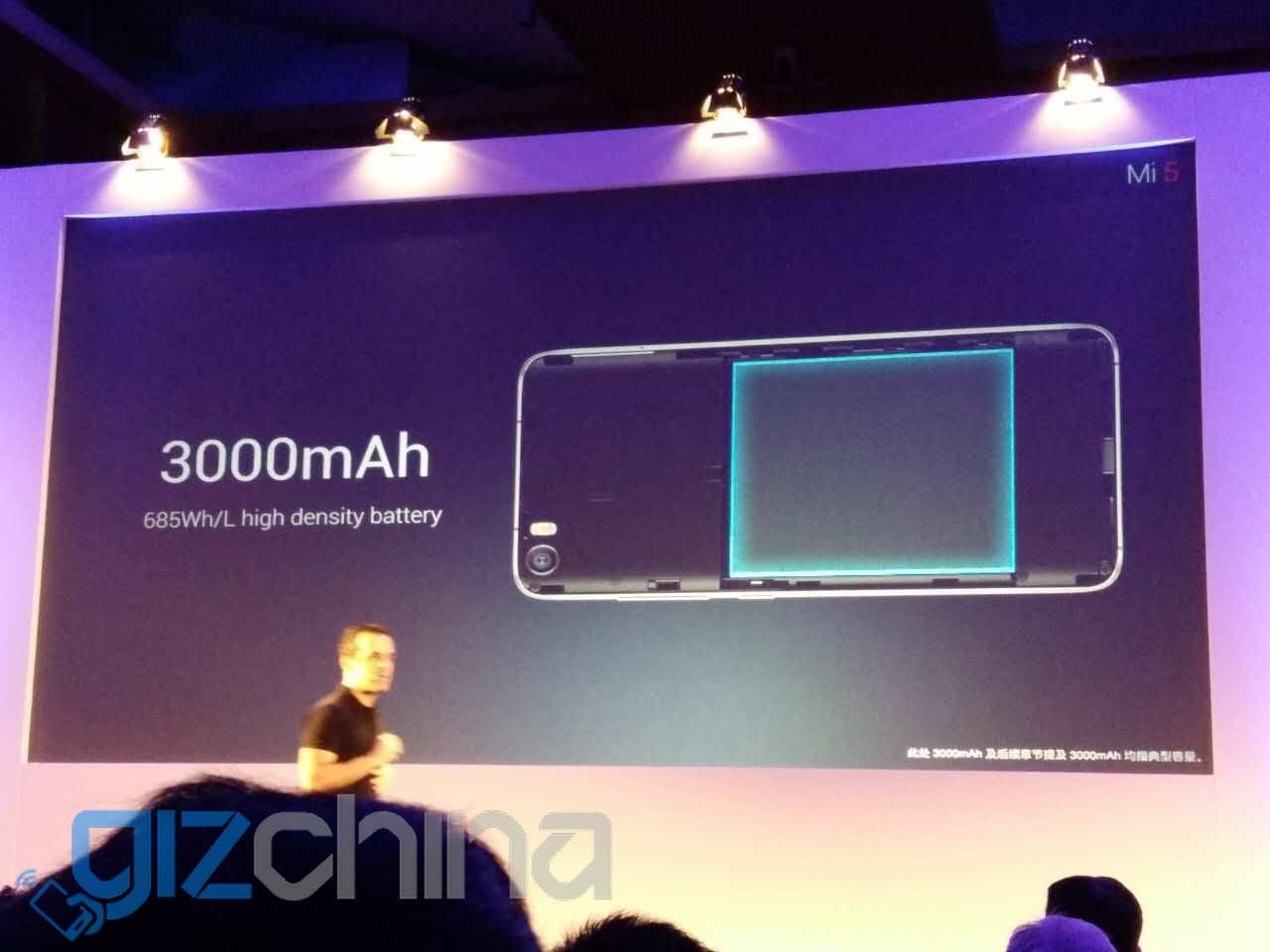 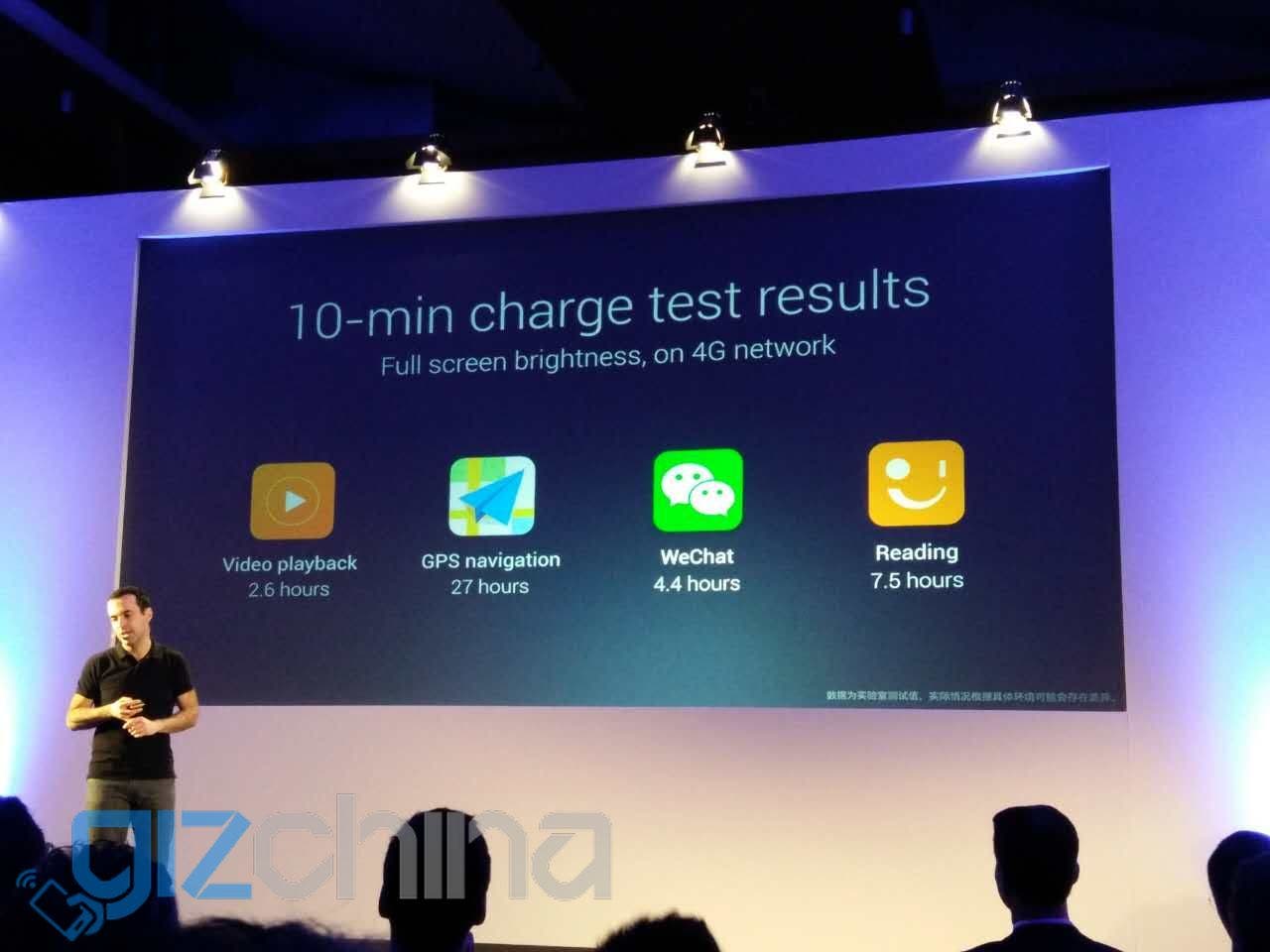 Coming back to the hardware, the Mi 5 will have a 3000mAh battery with support for Qualcomm’s Quick Charge 3.0. The tech comes with the Snapdragon 820, and on the Mi 5 it means that the phone will do:

The 16 mega-pixel rear camera on the Mi 5 is a Sony IMX298 sensor, which is paired with PDAF and what Xiaomi call ‘4-axis stabilization’. On the front, the Mi 5 will have a 4 mega-pixel camera. Here’s a video depicting the prowess of the 4-axis OIS: 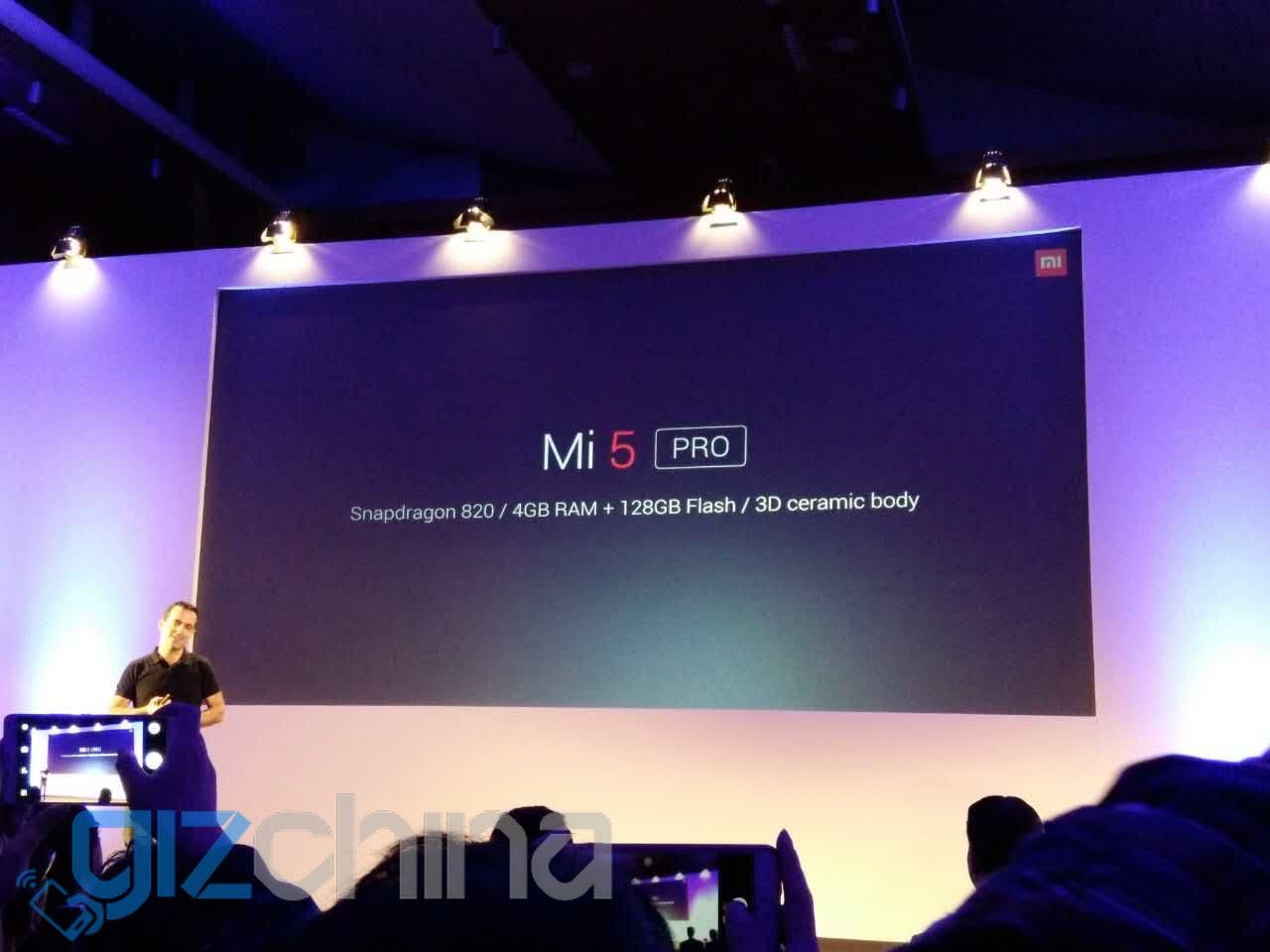 The top-end model will have 4GB of RAM (Xiaomi Mi 5 Pro) and a hefty 128GB of on-board storage, whereas the entry-level model of the Mi 5 will ship with 3GB RAM and 32GB storage.

All models feature a Qualcomm Snapdragon 820 processor. However, there’s a slight difference in the processor frequency. The entry-level 32GB version features a 1.8GHz Snapdragon 820, while the other variants have 2.15GHz processors.

The phone in all its glory weighs 129g. 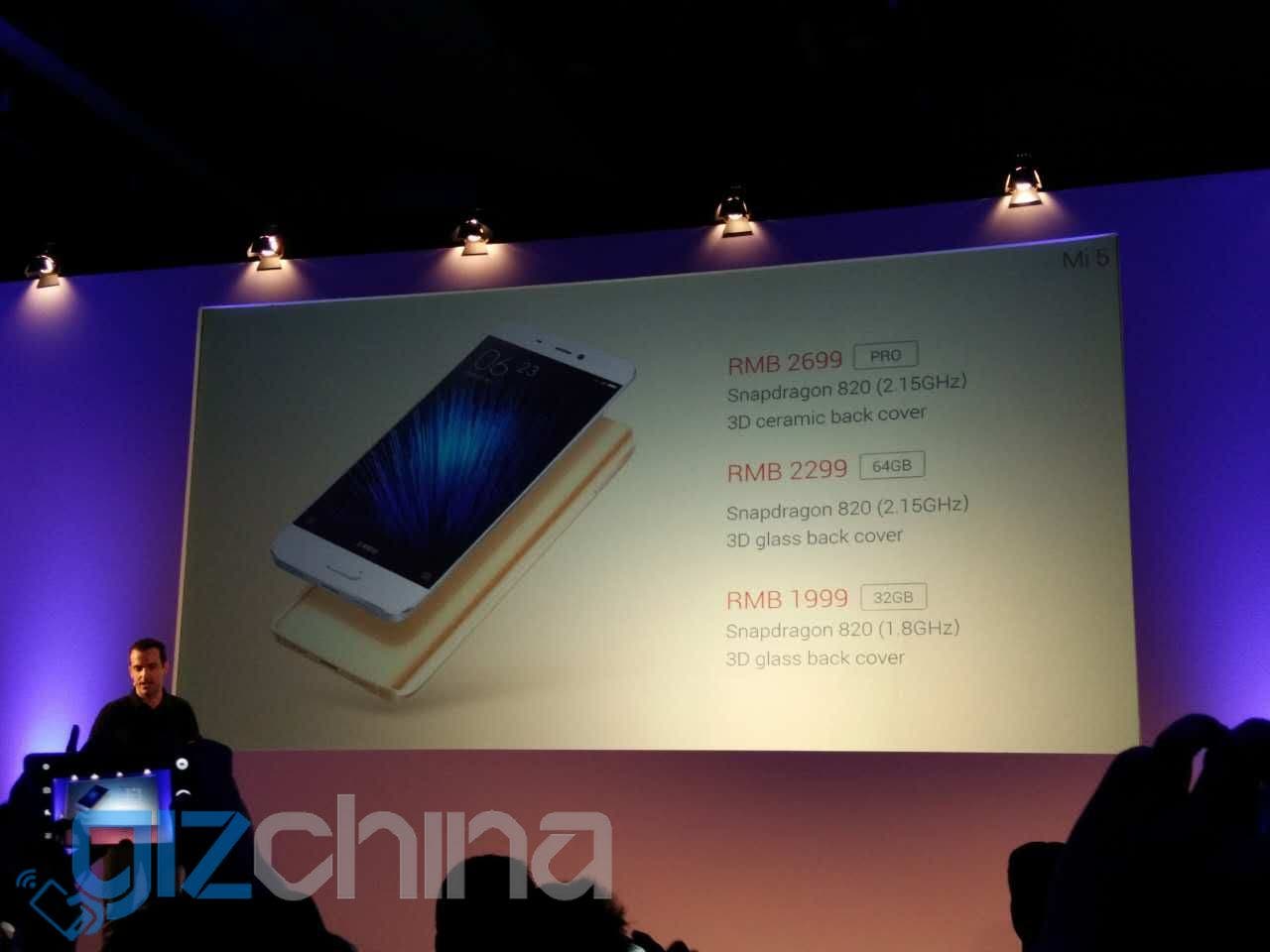 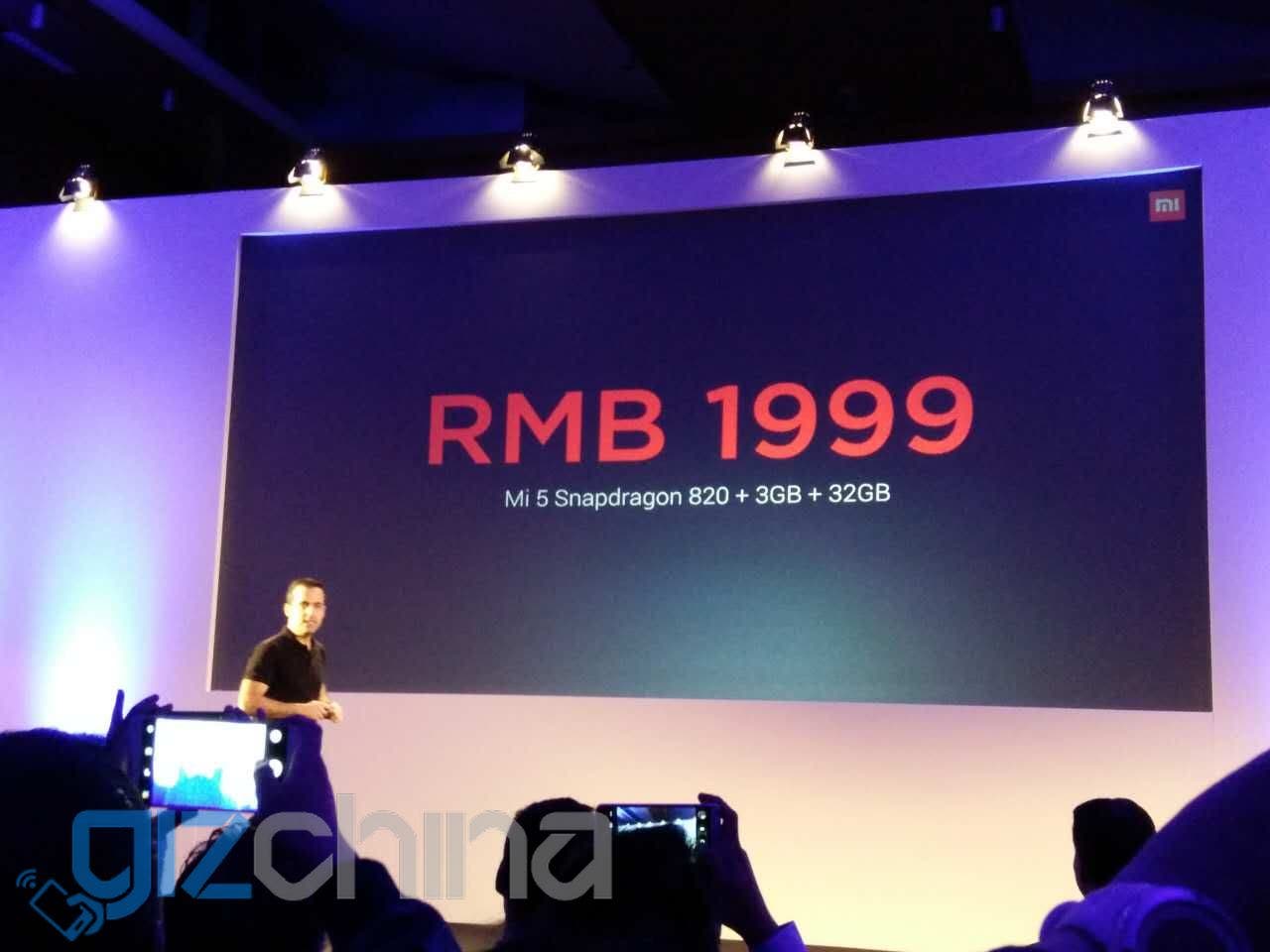 There’s also a third middle version of the Mi 5 which costs 2299 Yuan and has 64GB ROM. The rest of the spec of this version are same as the entry-level Mi 5 with 3GB RAM. 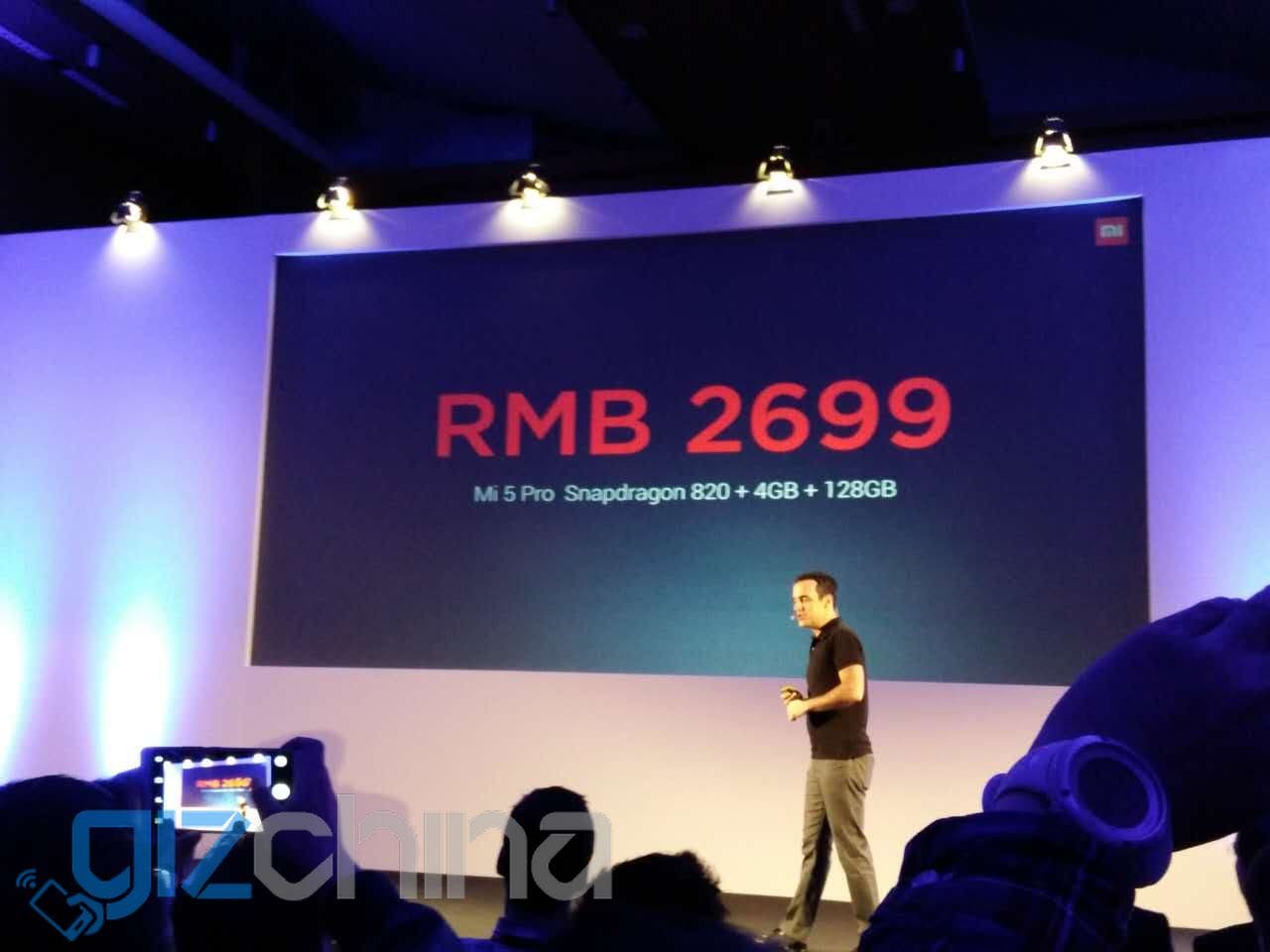 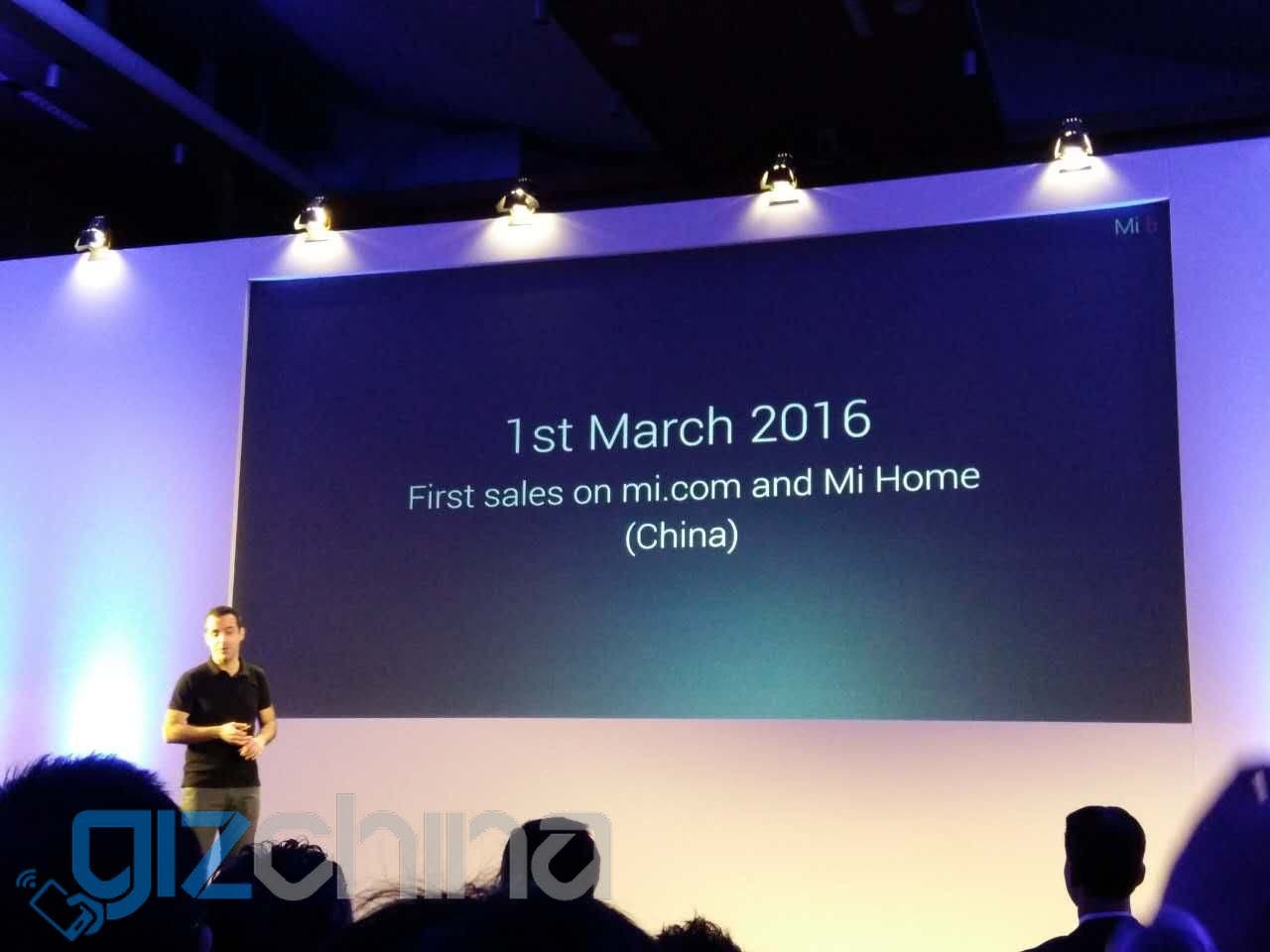 Xiaomi mention that the Mi 5 is actually the world’s first phone with the Snapdragon 820 that you can buy (LeEco would disagree?).

The Mi 5 goes on sale in China starting as early as March 1st. The phone most likely won’t make it to the US and European markets, but India and probably a few other markets can expect the Mi 5 in the coming months.

Next More Photos: Xiaomi MI5 hands on and first impressions