Vivo gave us their Vivo X6 Plus A for review during MWC, and with a good few week under my belt with the phone its time to hand in my full review.

Vivo really made an impression on me with the Vivo Xplay3S and the Xshot. Those were phones I bought myself and loved from the day I opened the box, and still love now. But later phone launches really didn’t impress. For example the X5 was a huge disappointment.

The Vivo X6 Plus A though is one of their newer device, and with some optimizations could the X6 solve the issues I had with the X5, and make me a true Vivo fan once again?

Vivo X6 Plus A Review – Design

Vivo like their stablemate Oppo, have been heavily influenced by the current iPhone design, so what we have here is basically an iPhone 6S Plus look-a-like, with a few changes. 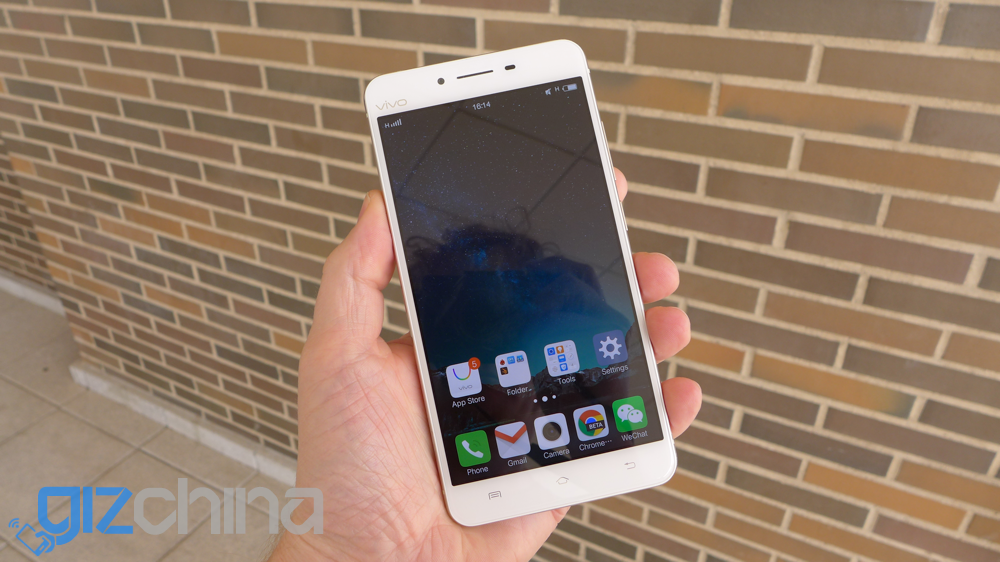 There is no physical home button for one, and instead the (amazingly fast) fingerprint scanner is on the rear of the phone. Also, the display on the Vivo is a larger 5.7-inch model too.

The overall design of the Vivo X6 Plus isn’t one that really impresses, sure its a well made premium device, but it’s not the most stylish phone.

The white face of the phone is very traditional and could look like a smartphone launched a few years ago. The only modern inclusion is the 2.5D front glass panel. 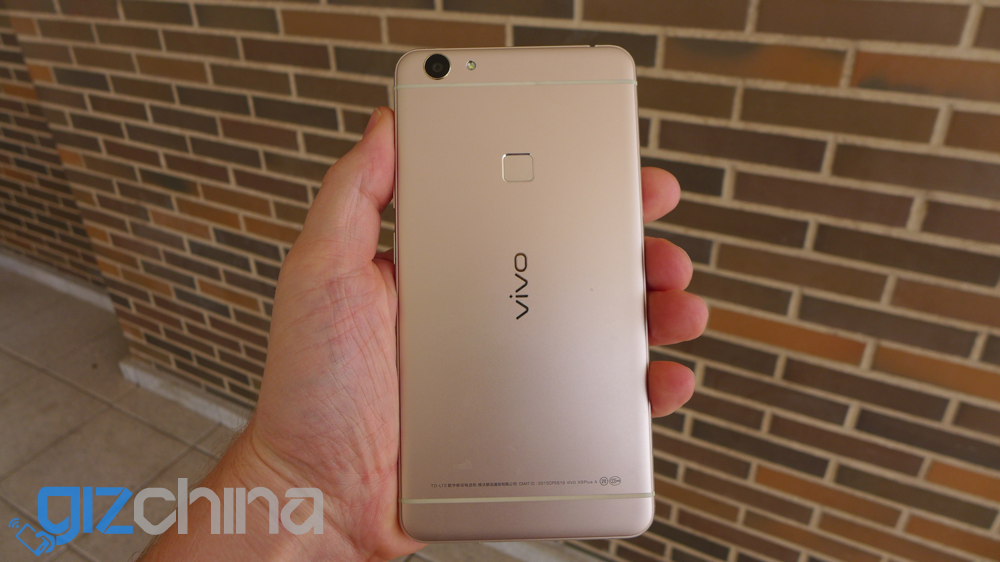 A unibody metal design makes up the rest of the gold phone. The rear has that square fingerprint scanner, a 13 mega-pixel rear camera and LED flash. It’s finished in light gold or ‘champagne’ and has the Vivo logo in the middle. The CNC machined body has a border around the rear before it meets the slightly curved edge where the dual SIM tray, 3.5mm headphone jack, and power and volume buttons are all located. 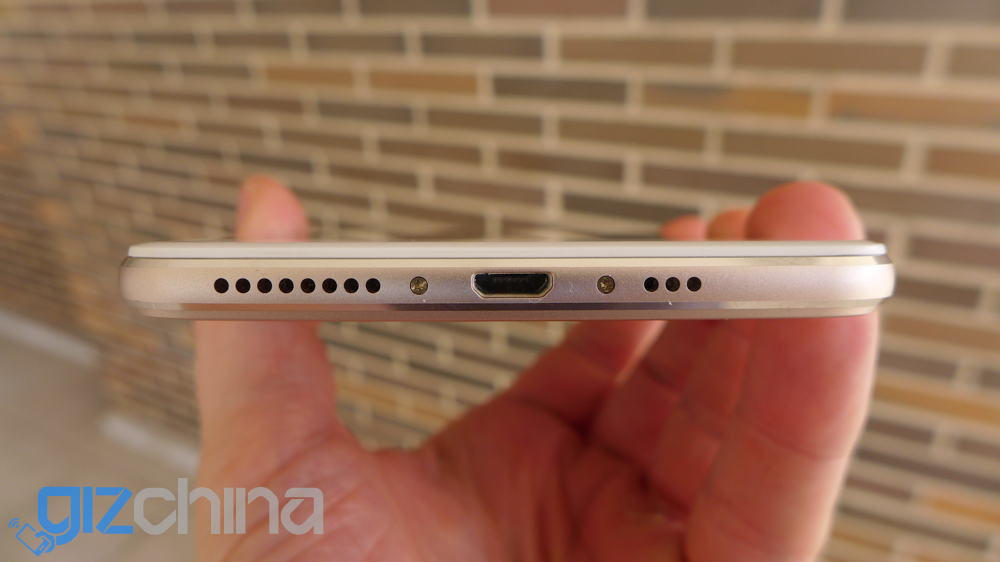 In the base is a standard USB which used Vivo’s dual engine fast charging and there are 8 holes to the left for the main speaker (which is very high quality for listening to music and movies), and 3 holes on the right for a microphone.

Overall, as mentioned above, the phone is really well made with high quality materials, but the design is really very unoriginal and uninspiring.

Vivo X6 Plus A Review – Hardware

Vivo offer multiple versions of the Vivo X6 Plus, but my model is the Vivo X6 Plus A. This version of the phone comes with some pretty impressive hardware features which we are now going to talk through from front to back. 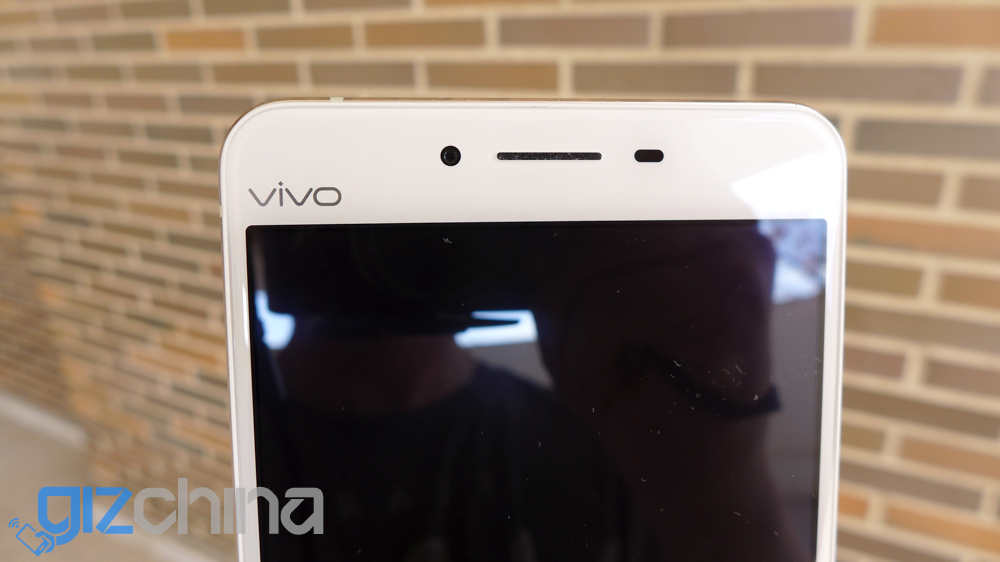 The very top of the phone, just between the Vivo logo and receiver, is where the 8 mega-pixel fixed focus front camera can be found. Use this camera only when there is decent lighting as I discovered after trying to take a selfie with Hugo Barra in Barcelona! 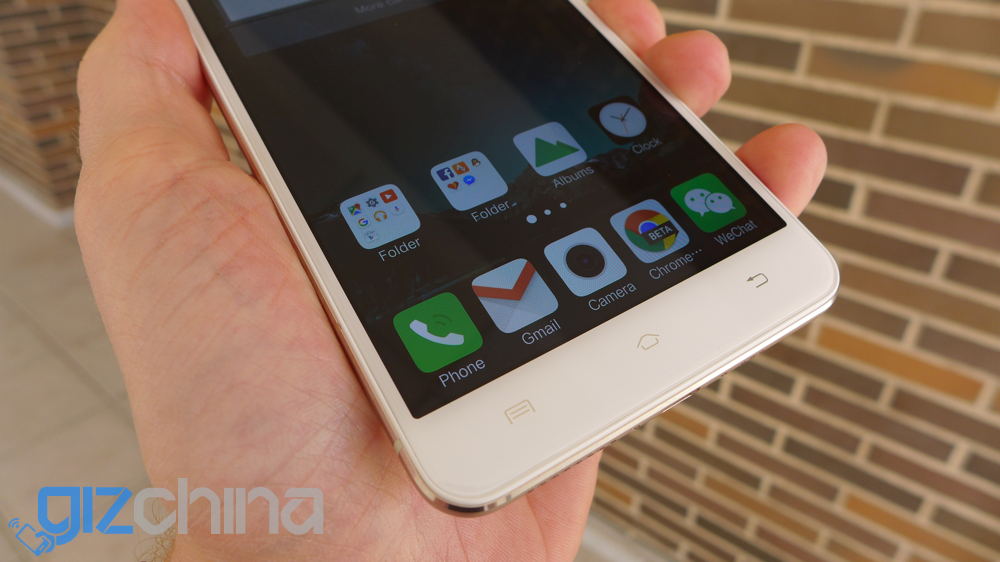 Below the front camera things start to look up with a 5.7-inch 1920 x 1080 display. Vivo have gone for a Super AMOLED model which means vibrant colours and really natural blacks. Using this screen also means you can help increase battery life by opting for a black wallpaper, not that I ever felt the need as battery life is incredible.

Capacitive buttons on the chin of the phone do not light up and are arranged with the option button on the left, home in the middle and back on the right.

Moving through the phone we come across a 4000mAh battery which is charged via Vivo’s dual engine fast charging. Charging initially kicks off and is fast and progressively slows until the phone is at 100%. My charging times using the Vivo supplied fast charger with 1 hour and 45 minutes.

Battery life is by far the killer feature of the Vivo X6 Plus A. In the past I have been surprised with Vivo’s battery optimisation, and they have continued to do an amazing job with the this phone. During MWC I was using data, WIFI, and the camera heavily throughout the day, but the X6 Plus just soldiered on all day and all night. 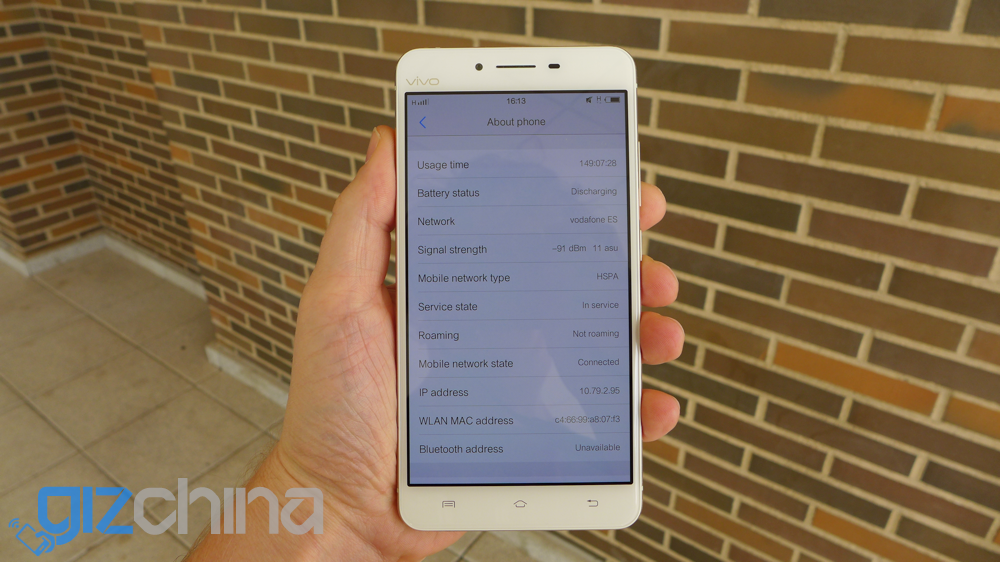 While we’re in the phone we can also mention that the X6 Plus A has a Snapdragon 616 octacore chipset, 4GB RAM and 64GB memory. Those are solid specs, but during my time with the phone I did feel that Vivo’s Funtouch isn’t really taking full advantage of the hardware on offer, and I did suffer from some very slow media load times, and a few application and launcher hang ups. 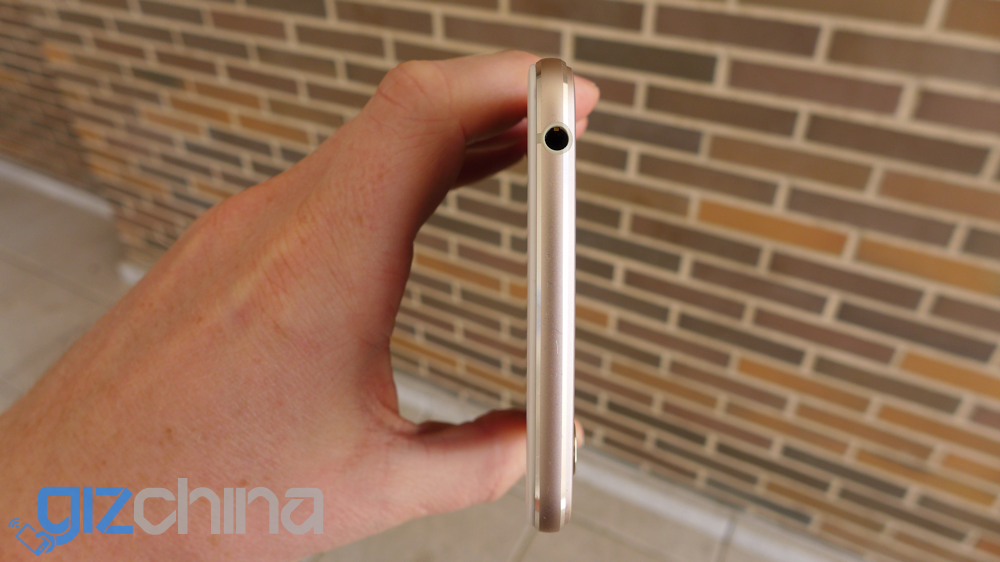 If you like music you are going to love the Vivo X6 Plus A. Vivo are known for their HIFI audio and it is no different on this phone. Two chipsets are built-in to the phone, one an ES9028 and the other an ES9603 amplifier. Together with a decent set of headphones they create amazing audio, you owe it to yourself to at least listen to a Vivo phone once.

On the rear we have a 13 mega-pixel camera with PDAF (phase detection auto focus). This camera has an F2.2 aperture, and single LED flash but I’ll go in to more details below. 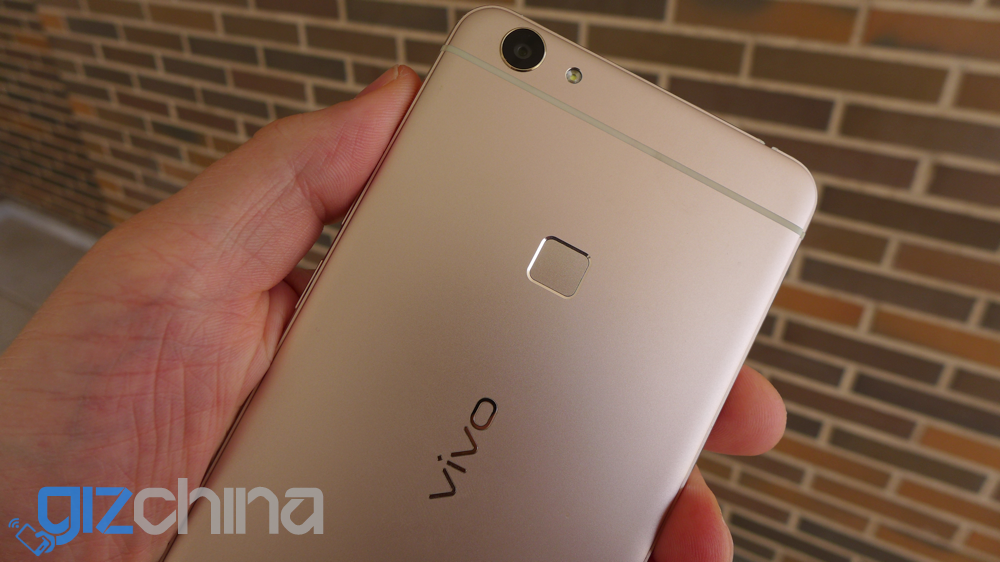 Vivo X6 Plus A Review – Performance

This is where things take a bit of a turn. I already mentioned above that the hardware is all top-notch stuff, but Vivo haven’t really done the best of jobs getting their Funtouch ROM to run nicely. The phone has a hell of a lot of potential but with the current version of Funtouch there are occasional lags, force closes and online media can take a seriously long time to load.

I feel that the OPX is more responsive as a day-to-day phone, and I seriously hope Vivo perform some decent OTA updates to solve these slow down issues soon.

Vivo X6 Plus A Review – Camera

Vivo didn’t make the X6 Plus A as a camera phone, so they haven’t really gone over the top with the features. What you get is a 13 mega-pixel F2.2 main camera with fast PDAF and a single LED flash. 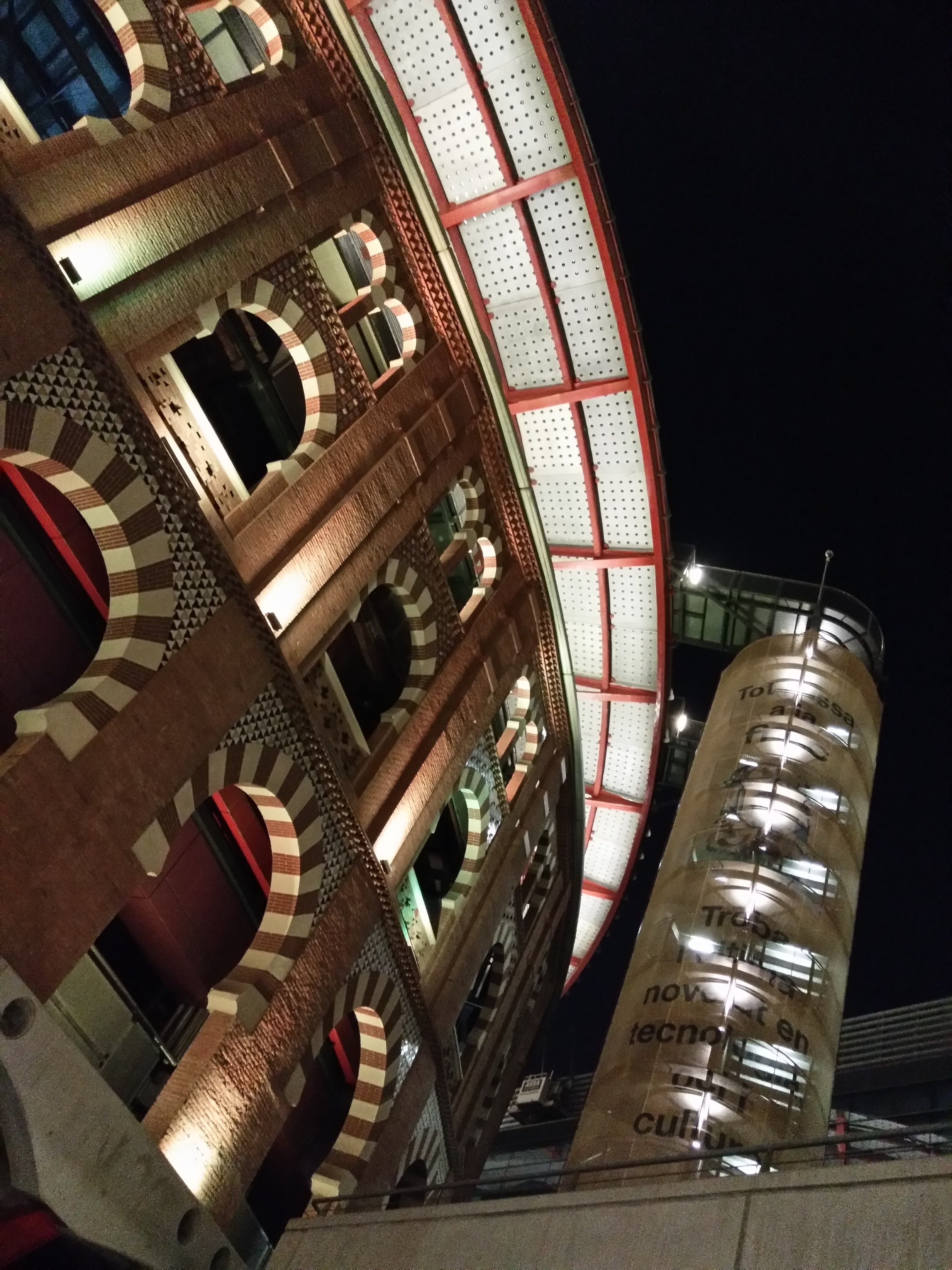 F2.2 on a phone with a premium price is not what we are expecting, but at least Vivo have managed to give the phone a decent set of lenses this time around, and the Funtouch camera application is packed to the brim with great features. 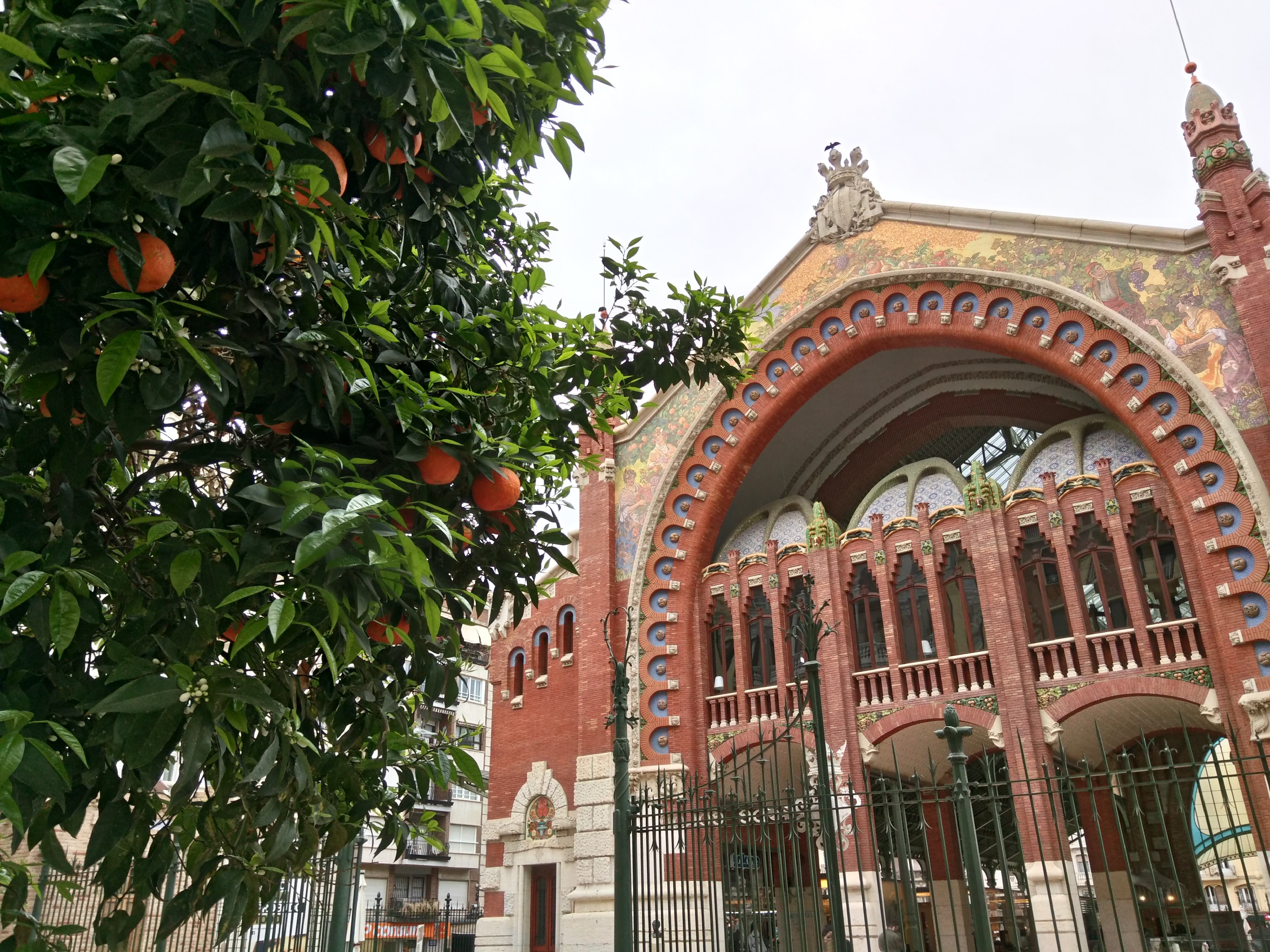 The camera offers a nice wide view so you can get a little more creative with it than other models, and overall image quality and colour reproduction is ok. I’ve been able to live with the camera for the past few weeks, but as someone who really enjoys taking mobile photos I can’t wait to move on to something with a few more bells and whistles. I tended to find myself using HDR more often with the Vivo to get more vibrant colours. 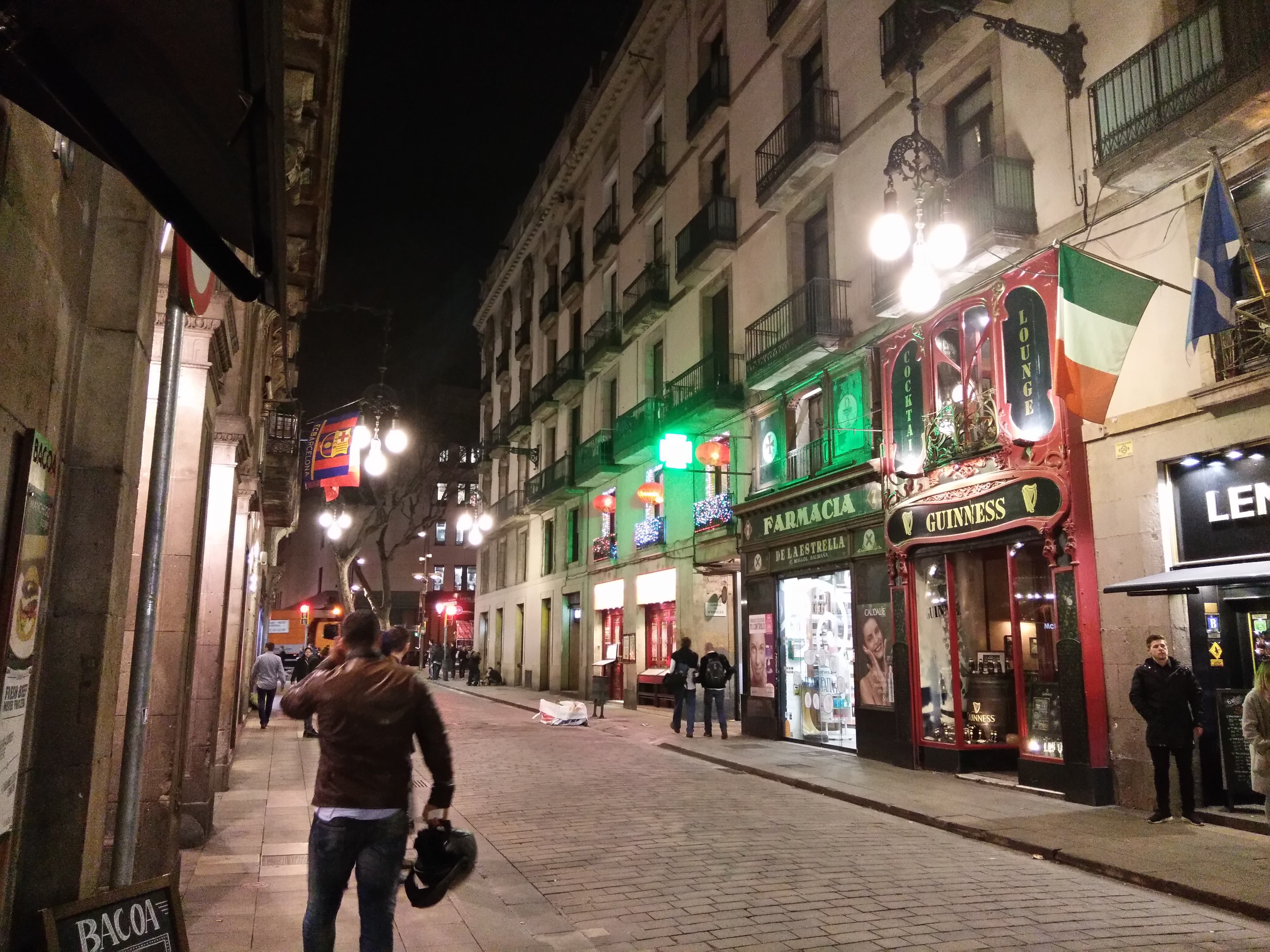 Below are some sample photos. All the photos taken at night used the ‘night’ mode, which gives a sort of oil paining effect but drastically reduces the noise.

Vivo X6 Plus A Review – Funtouch

Now and then Funtouch will slow down or hang up, but when it is running well its a superb OS and one of my personal favourites. 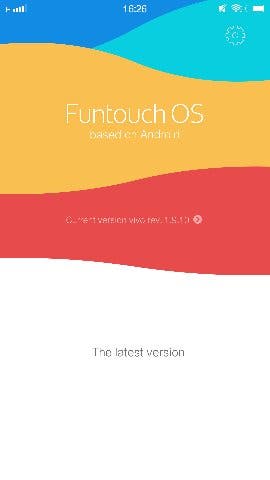 There is a learning curve, for example you swipe up from the bottom of the screen to get to your toggles, brightness control and task manager rather than hold down the option key, but once you do get use to it good to use, even if it does have a few quirks.

Notifications are an issue for me. SMS, and phone calls show up in the notification area fine, but I tend to use WeChat for most of my communications and the Vivo won’t tell me if I miss a video call. Normally I would put that down to the phone being a Chinese model, but the app is Chinese too. 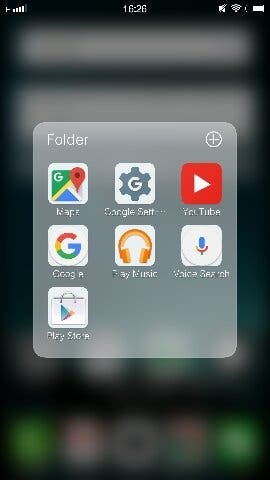 One issue for international buyers is the fact that the Vivo X6 Plus A is a China only device, and doesn’t come with Google Services. As you can see though I do have Google on my phone, and I wrote up a guide so you can also get Google on your Vivo here.

Even with Google on the phone though there are problems. Many of the apps from the Google Play store say they are not compatible with the phone. So Facebook and Facebook Messenger need to be downloaded from Vivo’s app store rather than the official Google Play store (I came across the same issue with some benchmark apps too).

Another problem is with Google Music. Opening this app will cause the phone to have a UI error and the launcher crash. It’s not a huge issues as all you have to do is unlock your phone and open the app again and it will work without issue, but it is a bug that needs to be pointed out as it likely will never get fixed (unless an international version of the phone comes out).

Vivo X6 Plus A – Specifications

Vivo X6 Plus A – Gallery

Vivo X6 Plus A – Conclusion

I am personally very happy with the Vivo X6 Plus A. It has wonderful build, class leading battery life, the best fingerprint scanner on a mobile phone to date and audio is just mind blowing.

My issues with the phone are the bugs and lags I experienced with Funtouch, the non-existent official support for Google Services and apps, and the plain design. It’s also an expensive phone to export from China too (Chinese price is $491, add the reseller mark up and you will be close to $600).

I personally am going to continue to enjoy this phone and keep my fingers crossed for those bugs to be fixed, but I would only suggest you buy one of these phones if either A) You have a lot of money to experiment with or B) Vivo launches an international version of the device.

Previous Fresh Goods Friday 2: A Cubot, a clone, a drone and a few accessories