I finally finished the Lenovo Vibe X3 review. How does this feature packed, quality made smartphone stand up to to the competition?

This is a review a lot of you have been waiting for, so I’m sorry for the delay and I hope that the final details were worth the wait.

So first of all why the wait? Well as you all know I received the Chinese version of the Lenovo Vibe X3 and this means that it has no Google services, but unlike other phones (Vivo, Xiaomi etc) Lenovo have looked down the Vibe X3 as tight as possible to prevent Google services from being installed through the usual methods.

As the phone launched in India recently I hoped that if I waited Lenovo would release the international ROM and I could simply flash the phone, but this hasn’t happened yet. So with time running out and the desire to try a new phone I just went ahead and reviewed the phone without any Google services at all. Lenovo have used a few styling details that we have said were a no no on other phones in the past. For example that is a black border all around the display, and there are wide bezels, but somehow (at least in my eyes) the Vibe X3 actually looks pretty good.

I know not all of you are going to agree with me on the looks of the phone, but actually having it and physically using it I quite like the design.

Even if you don’t like the look of the phone, I think you can agree that the added bonus of having hardware buttons and dual front facing speakers are features enough to look past the look. Even if then you can’t agree, then the quality build and materials are still there to win you over. 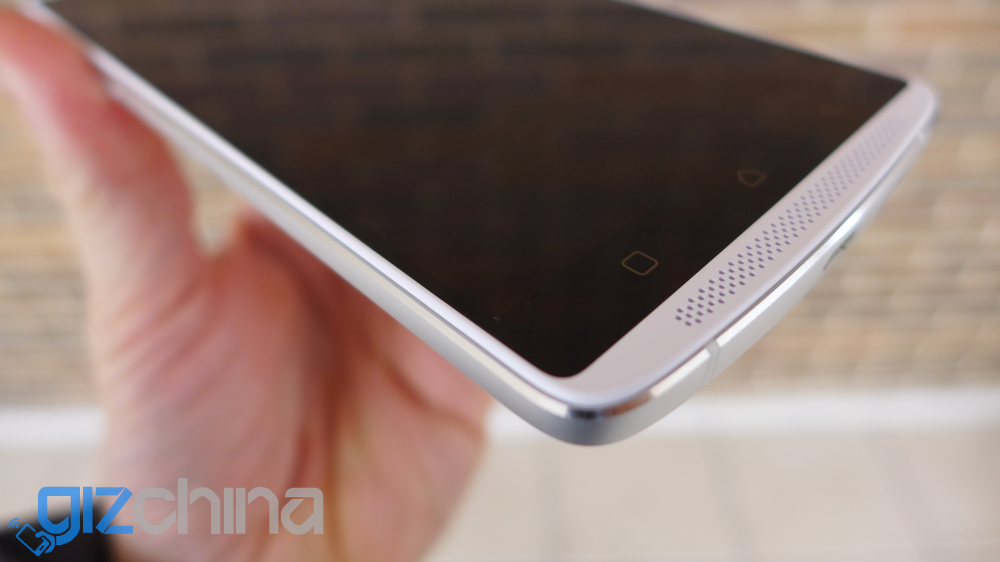 Those materials are glass plastic a metal. Glass across most of the front of the phone, metal for the frame and plastic for all the while parts. It’s a good quality plastic though, with a similar soft touch feel as the original OnePlus, and funnily enough the build quality reminds me of an Oppo.

So now you know that this is a well made and solid device let’s take a tour around the phone to take in the features. 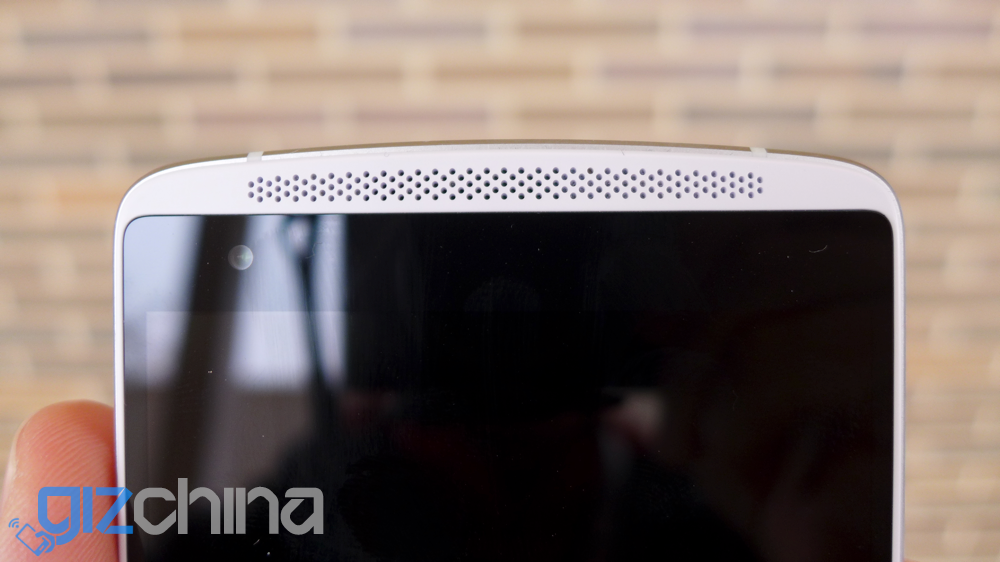 At the very top of the face of the phone we have one of the front speaker grills, the curved design is cloned on the chin where the second front facing speaker grill is located. 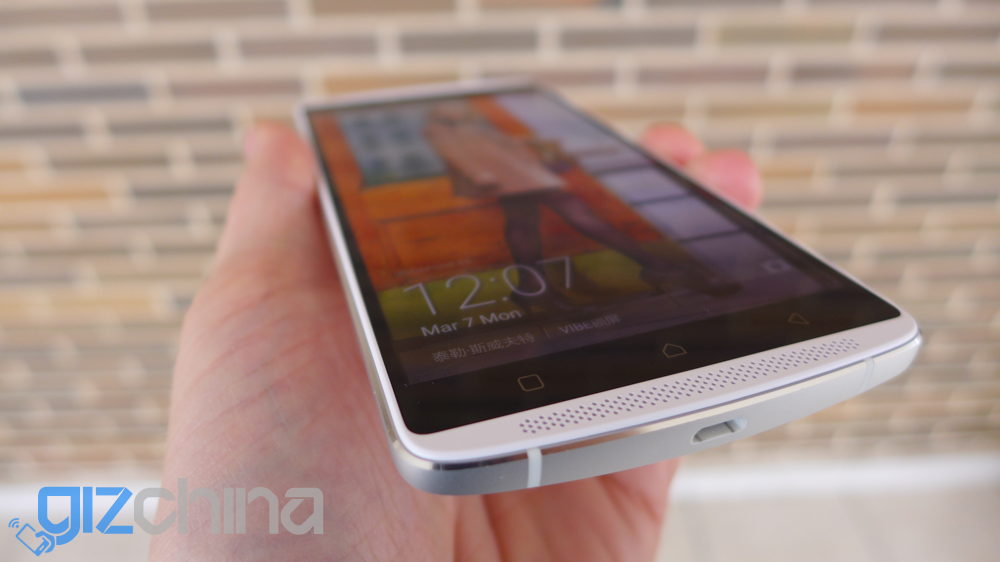 In between the two Dolby Atmos speakers are the is a 5.5-inch FHD display protected by Corning Gorilla Glass 3. Just above the screen is a front facing 8 mega-pixel camera, while below we have hardware controls with no back lights. 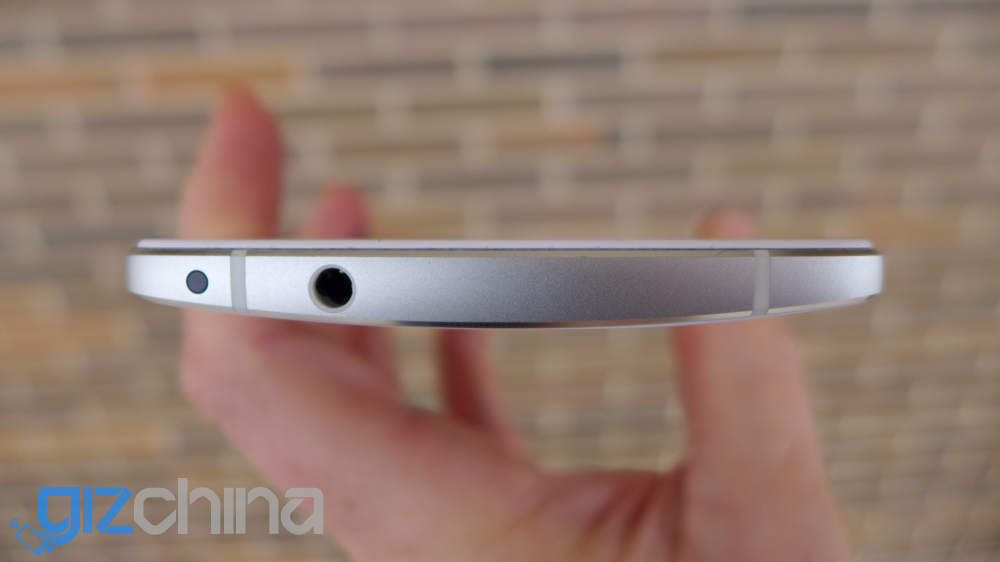 Around the sides of the Lenovo Vibe X3 is a CNC machined alloy frame. A dual SIM slot is located on the left, 3.5mm headphone jack and IR remote in the top, power and volume buttons on the right and a micro USB (not Type C) in the base. The curved metal frame is finished with a non removable plastic rear panel. As already mentioned it’s a good quality plastic with a soft to the touch finish. 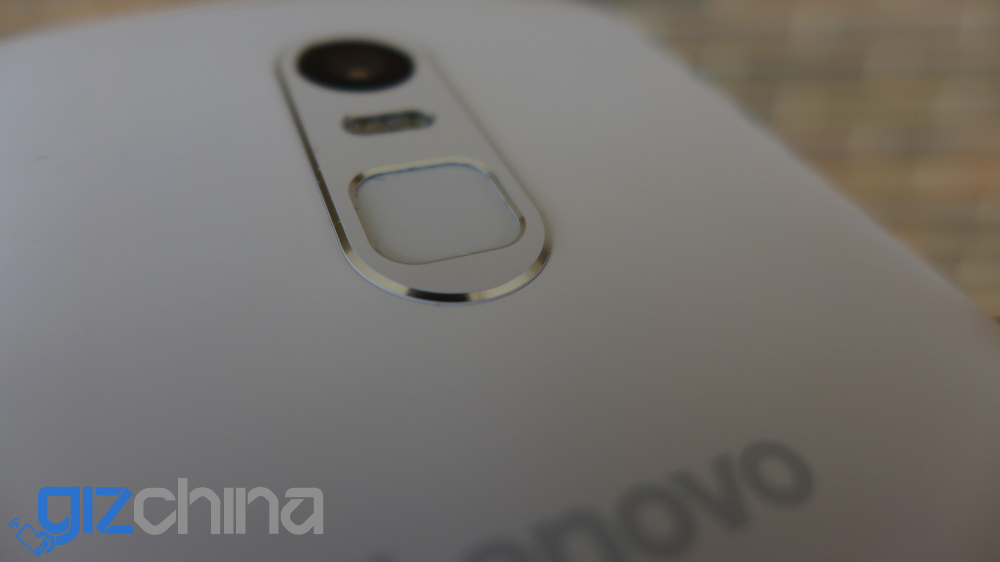 In the top center there is an extended alloy oval where the 20 mega-pixel rear camera, dual tone LED flash and fingerprint scanner are located. We also have a Lenovo logo, and some other markings at the base of the phone. 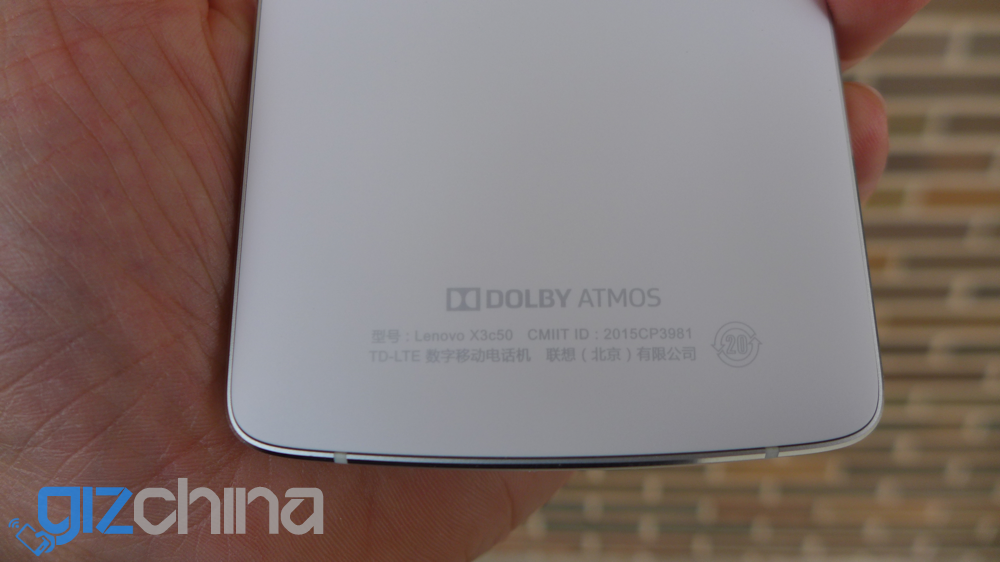 Dimensions are 154 x 76.5 x 9.3, which you will see add up to a phone that is a little bigger than most other 5.5-inch phones, but remember that the Lenovo Vibe X3 has those dual front speakers and also have a ton of hardware features while maintaining a sensible price point.

Remember while reading this section of the review that my version of the Lenovo Vibe X3 is from China so I am following the specifications laid out on the Chinese Lenovo website. I am pretty confident that these are the same specs as the model that launched in India, but I suggest you double check them for yourselves. 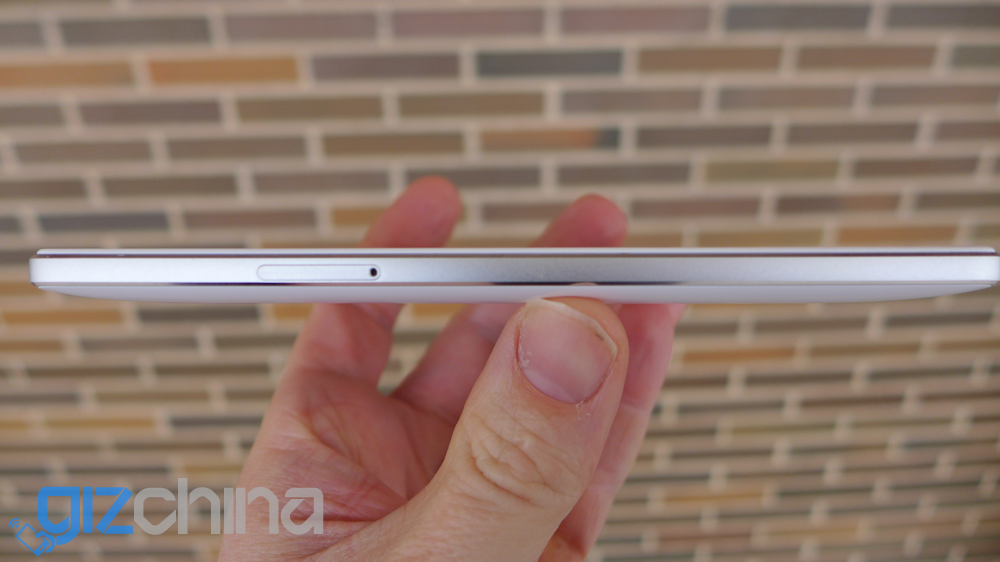 In China there are 3 versions of the Lenovo Vibe X3, the model I chose is the XC50, which has all the features of the top end model but with only 32GB memory, but that’s fine as the Lenovo has an option to run a micro SD card in place of one of its SIM cards. 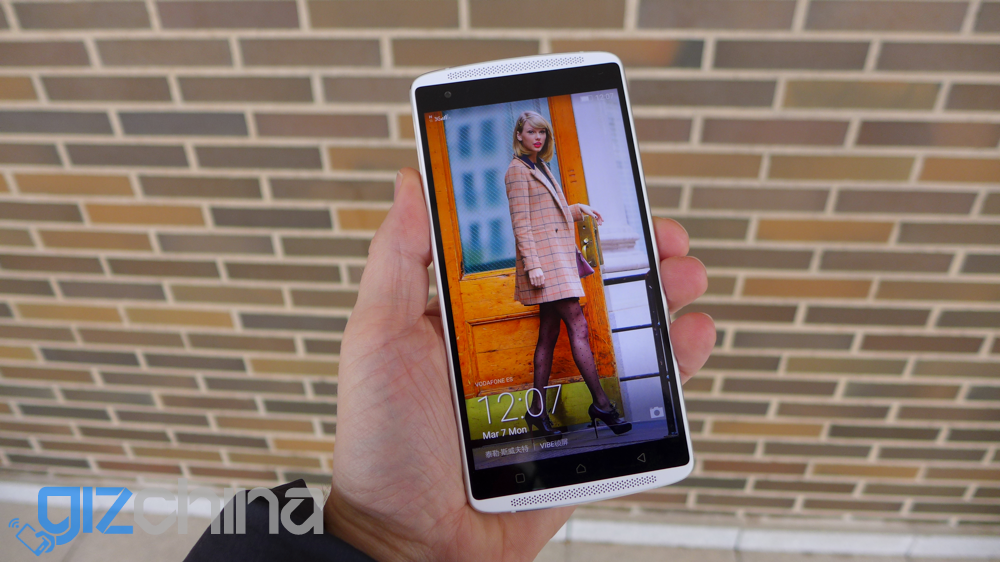 Again I’ll start at the front and with the screen, which is a superb piece of kit. Although this isn’t an AMOLED display the colours are bright and everything just seems to pop off the panel. It’s a very responsive display too, just the lightest touch will be noticed, but Lenovo have been careful with the coding so that it won’t register accidental swipes and bumps. 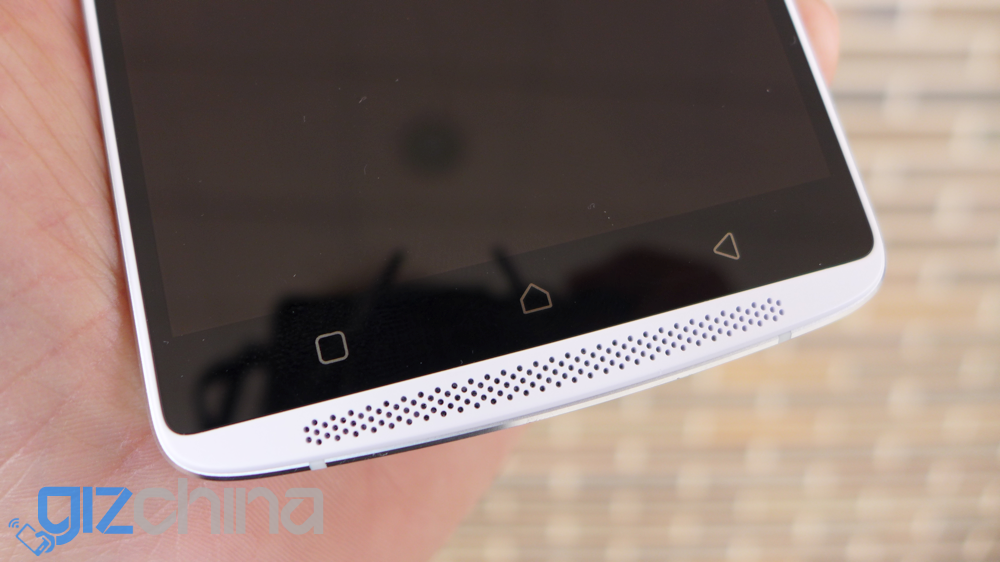 Next we have those dual front facing speakers which are just perfect for filling a room (or car) with music. This past weekend I used the Vibe X3 and its front speakers as our car radio and GPS, and even on half volume you could easily hear the audio over the growl of my ageing boxer engine.

There is a Dolby Atmos setting on the phone (you can easily toggle it on or off in the notification area) so if you have a movie with Atmos you can experience the 3D surround sound from the phone. I was sceptical at first, but it does work amazingly well and offers a better audio experience to my home TV. If you get a chance to demo the Vibe X3 there are some sample Atmos videos on YouTube which will let you experience rain and storms in the forest or a helicopter flying right over you.

Plug in a set of earphones and you will be treated with impeccable audio quality. From the built in music application you have access to the Atmos settings, and HIFi settings. From the HIFI options you can chose either standard HIFI or Turbo HIFI. We’re looking at a Vivo rival here people.

Also on the front is the 8 mega-pixel front camera. It s simple fixed focus sensor with no LED flash, but the default SNAPit camera application has a ton of features from face beautification, to a very good selfie panoramic mode (good for getting a group of people in to a photo).

Moving through the Lenovo Vibe X3 and on to the inside of the phone we uncover the guts of the device, a Snapdragon 808 Hexacore, with 3GB LP DDR3 RAM and 32GB eMMC internal memory. The dual SIM tray allows for use of either a nano and micro SIM or a nano SIM plus SD card of up to 128GB.

Also internally there is a 3600mAh battery, and some serious audio hardware including a ESS ES9018K2M DAC, TIOPA1612 amp and Wolfon WM8281 audio codec. For those of you wanting easy sync with accessories and use contactless payments, there is NFC inside too.

Battery life has been pretty good and I can get about a day and a half from the phone on a single charge, which isn’t as much as the Vivo X6 Plus, but then again the Lenovo doesn’t have the bugs and also has a smaller battery. 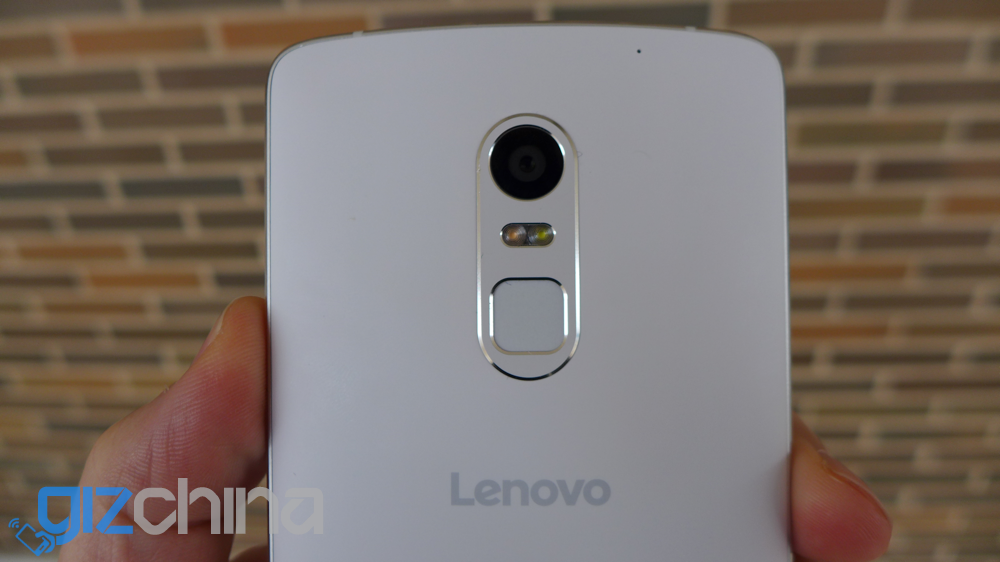 Finally on to the rear of the phone and we have the main camera. This is a 21 mega-pixel sensor with F2.0 aperture, PDAF (phase detection auto focus) 6p lens and dual tone dual LED flash. More on the camera in the camera portion of the review.

Last but not least is the fingerprint sensor. It’s another top quality sensor with a larger area for your print to press up against. Speed of the fingerprint is almost instant, and accuracy is right up there too, but not quite has good as that on the Vivo X6 Plus we reviewed last week.

For those of you needing the network support details for the Chinese version of the Lenovo Vibe X3 here they are:

Lenovo have done a good job with the optimisation of the Snapdragon 808 and 3GB RAM inside this phone and their own UI. The performance has been consistent and bug free from the start. Sorry GFXBench would not run.

This weekend presented me with the perfect opportunity to test the rear 21 mega-pixel camera on the Lenovo Vibe X3, we we visited Valencia and the excellent BioParc.

Valencia is a great city with beautiful architecture, and this time I was based around the park area with all the modern buildings (where Disney’s Tomorrow Land was filmed)

I already wrote an article detailing some of the features of the Lenovo Vibe X3’s camera here, and I decided to use the phone in ‘smart’ mode consistently with just a switch to ‘artistic HDR’ or ‘defocus’ modes just to try them out now and then. 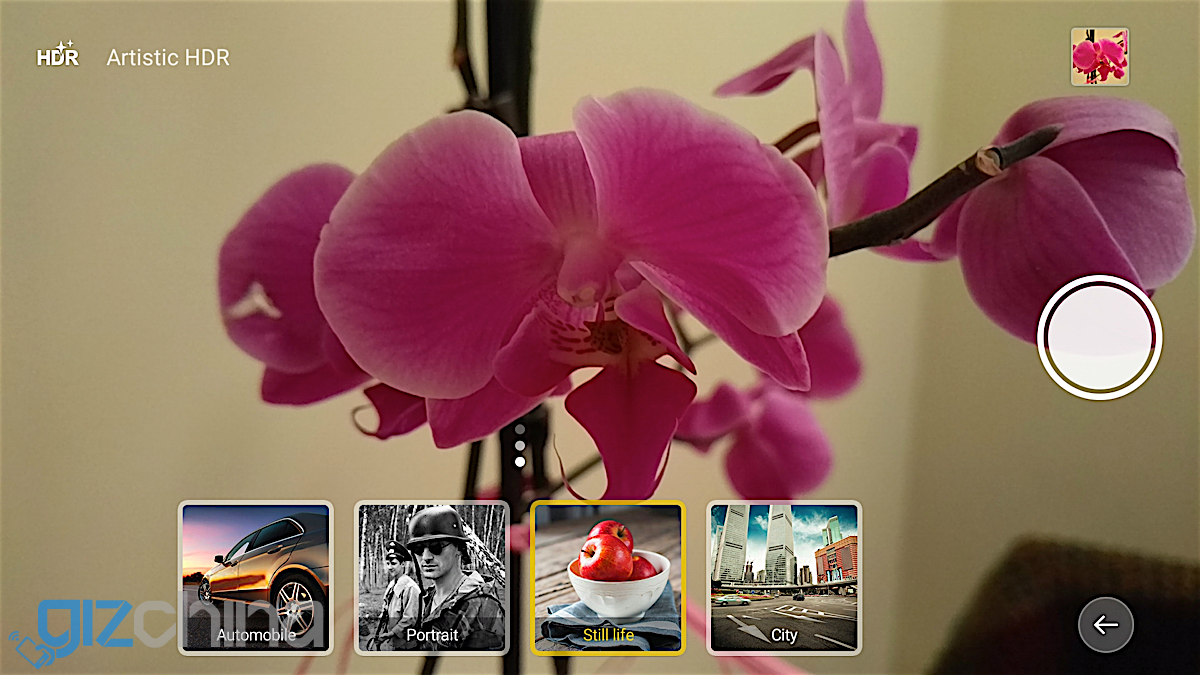 With the smart mode enabled the default SNAPit app will try to figure out what you are shooting and based on the lighting conditions decide if you need HDR on or not. It will also make changes if it thinks you are trying to take photos of landscapes, people or food too.

The speed the app works with the quality of the photos is very good. Yes, there are better camera phones on the market, but the Lenovo offers a ton of excellent features in an easy to use and fast package. It’s hard not to enjoy taking photos with the Vibe X3.

One detail that you should be aware of is that the lenses on the camera tend to show a much closer photo than most other smartphones. This means you have to take a few steps back than usual for some photos, and in confined spaces it means you may not be able to get all the detail you want in to your photo. On the flip side close-ups are much better.

Below are some sample photos taken in various lighting conditions. Keep in mind that some of the photos of animal were taken with the digital zoom all the way in, while others I was really that close. 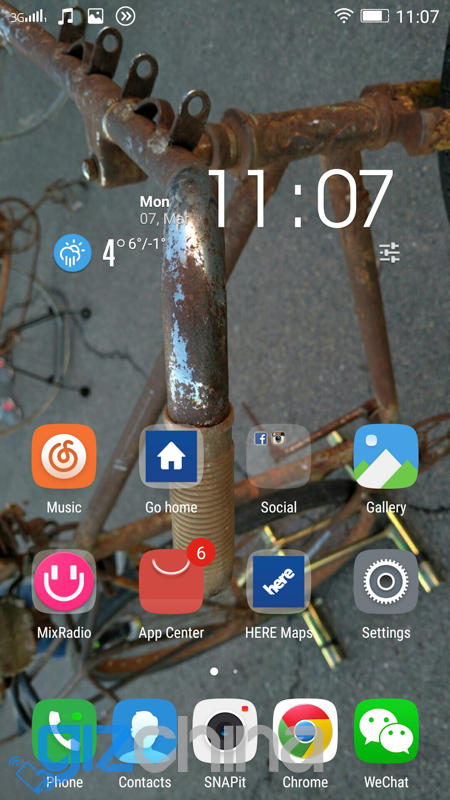 I’ve already mentioned a few times that this is a Chinese version of the Lenovo Vibe X3 so throughout my time with the phone I had no access to Google services.

At first I though that this would be a hassle but in the end I feel I had a much better weekend as I was able to keep away from email, and constant calendar reminders.

But as an every day device I would really want to have Google working, and this is easily possible by choosing the India version of the phone.

As for Vibe UI, I do like it. It’s much better than previous Lenovo ROMs, it has a stylish look and most importantly its feature packed and really well optimised. I have also received a couple of updates and while I don’t notice any new features, I also don’t have any new bugs or problems either (take notice OnePlus).

The Lenovo Vibe X3 is the most feature packed Android smartphone on the market at this price. It has amazing build quality, a wonderful screen and a fast camera with fun camera application.

The performance of the phone is spot on, audio is amazing and build quality is on par with phones costing double the price.

This is the phone that ZUK should have made, they should have just rebranded it and offered CM on it and they would have really made an impact on the market. 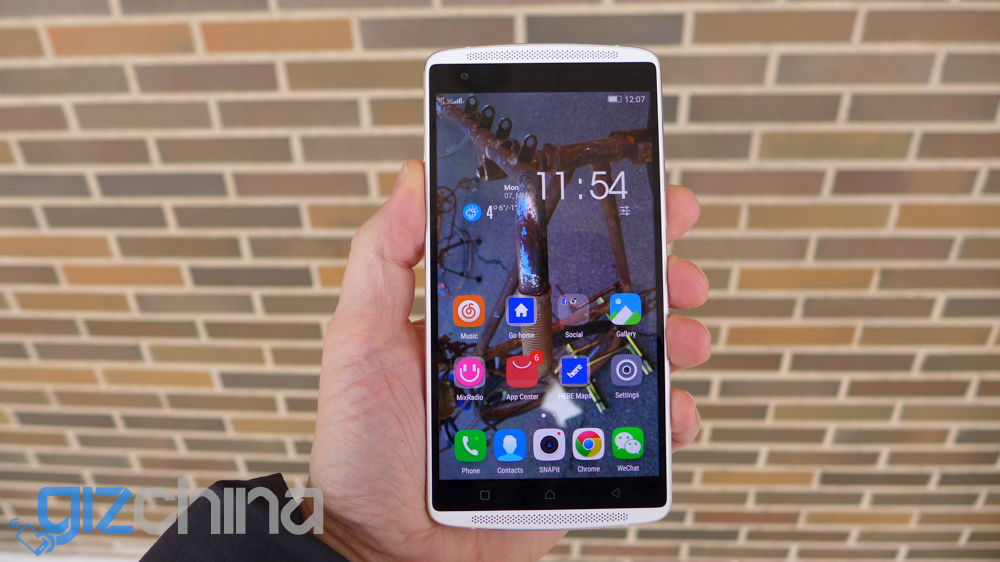 I hope that I can finally get Google Service working on my version of the Vibe X3, but I’ve enjoyed the phone so much that I might just go out and buy another international version of the phone.

Next Ulefone Vienna will be the companies first Audio Centric phone