With Oppo’s rebranding to be known as the maker of ‘camera phones’ it is not surprising that the upcoming Oppo R9 will have a few photography tricks up its sleeve.

A recent leak from TENAA showed both the Oppo R9 and Oppo R9 Plus in all their narrow border glory, and a new Antutu screenshot has now confirmed that the Plus sized version will get front and rear 16 mega-pixel cameras.

It’s highly likely that the rear 16 mega-pixel sensor on the Oppo R9 Plus will feature the new super small Oppo OIS system which was demoed at MWC, and while we’re not sure what hardware features the front camera might have, we do believe that it will have auto focus available at the very least. 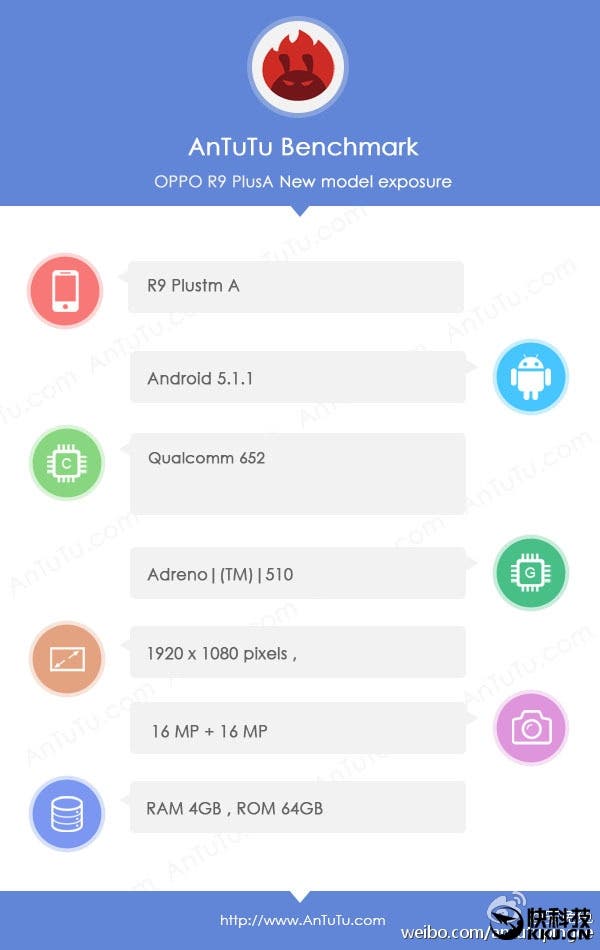 The Oppo R9 Plus A shown in the benchmarks is also confirmed to have a Snapdragon 652 chipset, 4GB RAM, 64GB internal memory and a 1920 x 1080 FHD display. Expect Super VOOC to be a feature on the new phone too.

Previous Are these reasons enough for you to want to buy the UMi Touch?

Next How fast is the Xiaomi Mi5 camera? Video and sample photos