Meizu could be set to launch as many as 7 phones this year according to a leaked roadmap containing naming, pricing and partial specs.

It is obvious that Meizu are already working on a Meizu M3, MX6 and M6 Pro, obvious because the leaks have already started, but what other phones do the Zhuhai based phone maker have in store for fans in 2016? Well according to a leaked roadmap Meizu could well have 7 devices lined up for 2016.

Accompanying the Meizu M3 will be the Meizu M3 Note, Meizu Metal 2, Meizu MX6 Mini, Meizu MX6, Meizu Pro 6 Mini and Meizu Pro 6. It’s not known how up to date the roadmap is and if it takes in to account the earthquake in Taiwan which Meizu bosses said put a stop to the Pro 6 Mini.

For lovers of metal phones the Meizu Metal 2 will come in 3 variants from 16GB to 64GB. Each Metal 2 has 3GB RAM and Meizu mTouch 3.0 fingerprint scanner with a 5.5-inch display like the M3 Note. 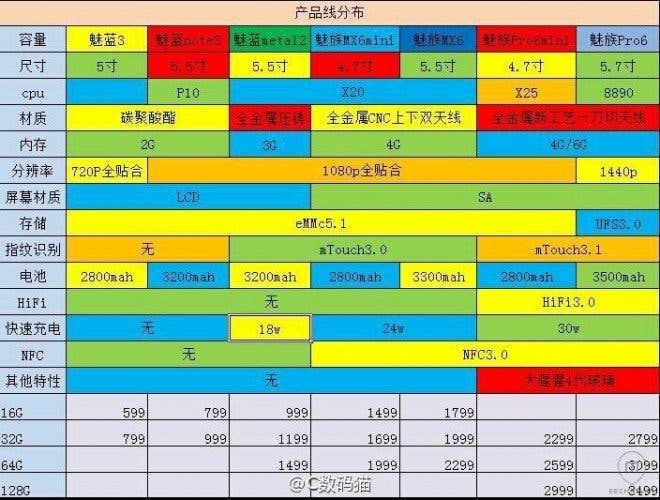 So out of those 7 possible Meizu phones which model would suit you best?