Homtom has just released another piece of specs description for their upcoming flagship model Homtom HT10 and this time it’s the cameras. Details are pretty vague, but still worth sharing at least the the plain general announcement.

Apparently the HT10 model is going to flash some serious megapixels with 21 Mpix rear camera 8 Mpix selfie front one. Sadly not a word about the actual used camera hardware so we can only speculate, personally im leaning towards the rear one being Sony IMX230. 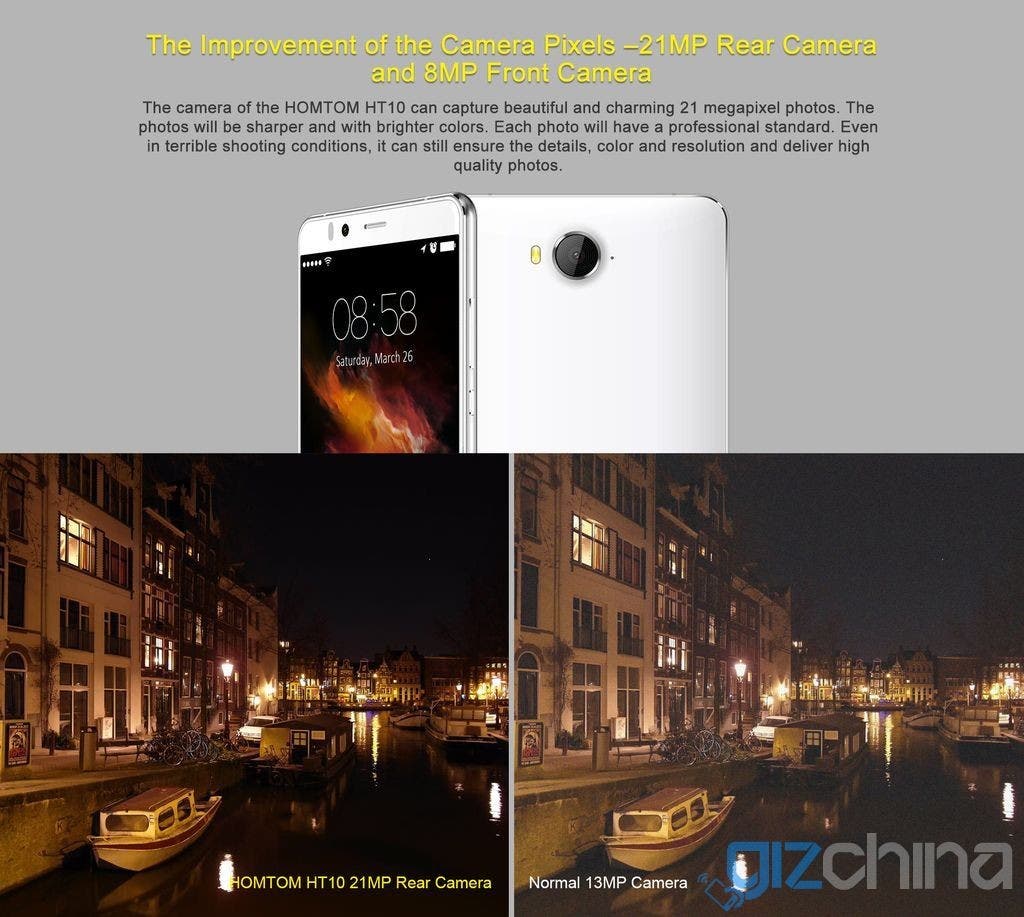 Of course the megapixels are not the only important thing and the smaller Chinese brands are often suffering with poor software optimizations so lets’s hope that’s not going to be the case with this Homtom. No real photo samples available yet the one relased promo shot (see above) is inconclusive. As soon as we get our hands on the first batch of the samples we will of course share those with our readers right away.

Next Leak: LeEco continue their pursuit for the truly borderless phone with the Le 2