Chinese phone makers keep surprising us with more phones that get cheaper by the day. However, there’s a fine line between usability and namesake. The UMi Rome X is a $62.99 phone that wants to be the flag bearer of budget phones.

Unlike the case of the UMi Rome, the Rome X can actually be bought for around the $65, so the price definitely isn’t just a marketing stunt.

We spent a few days with the phone to find out if its worth what you pay for.

It seems as though the Rome X’s design is a rip off of something between the Samsung Galaxy S6, the S6 edge and some newer Samsung phones. From a distance, the phone does look like a more expensive piece of kit, too. However, that’s only until you get the device in your hands.

In general, the Rome X feels like a very ‘crude’ device. It’s a little difficult to explain in words, but the phone lacks sheen and polish. The weight seems a bit unevenly distributed too, making the phone feel a tad heavy sometimes. 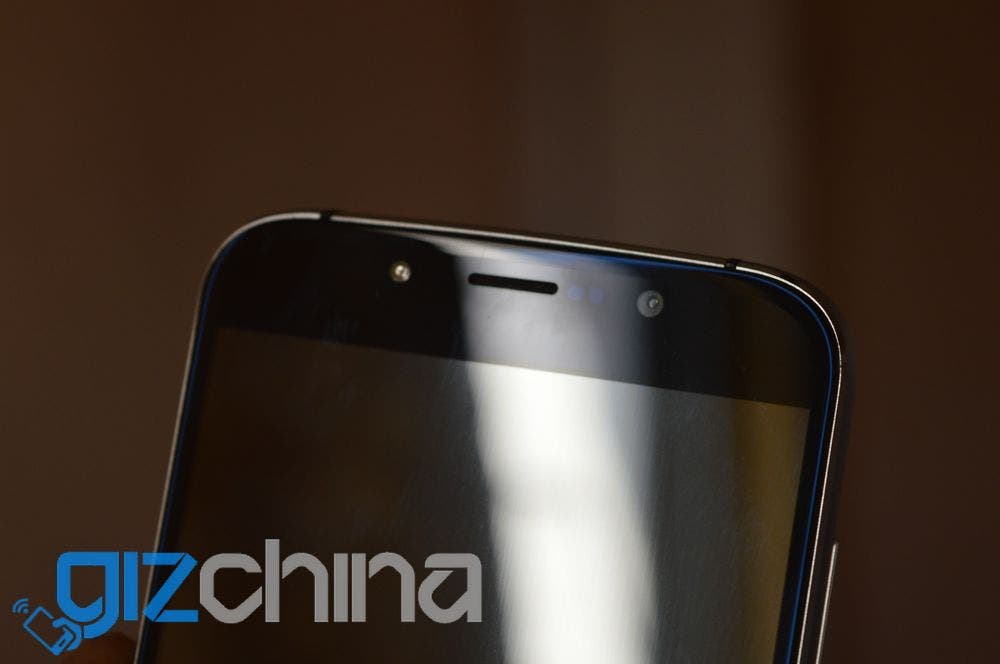 Both, the front and the rear of the phone are fingerprint and smudge magnets. This can really irritate the hell out of some people, and unfortunately I happen to be one of them. Not just that, getting the stains off of the rear panel is quite a task, too.

While the phone looks really good for a $65 device, it unfortunately feels like nothing more than a $65 device.

The front of the phone has a very generic look to it… somewhat like no-name Chinese phones from 2011-12. There’s (surprisingly) a front flash next to the earpiece, and the front camera on top of the screen. Below the screen are the three capacitive keys — Recent Apps, Home and Back, from left to right.

Another, rather conspicuous addition is a mic hole that goes right through the glass panel and takes one point away from the looks department of the device. 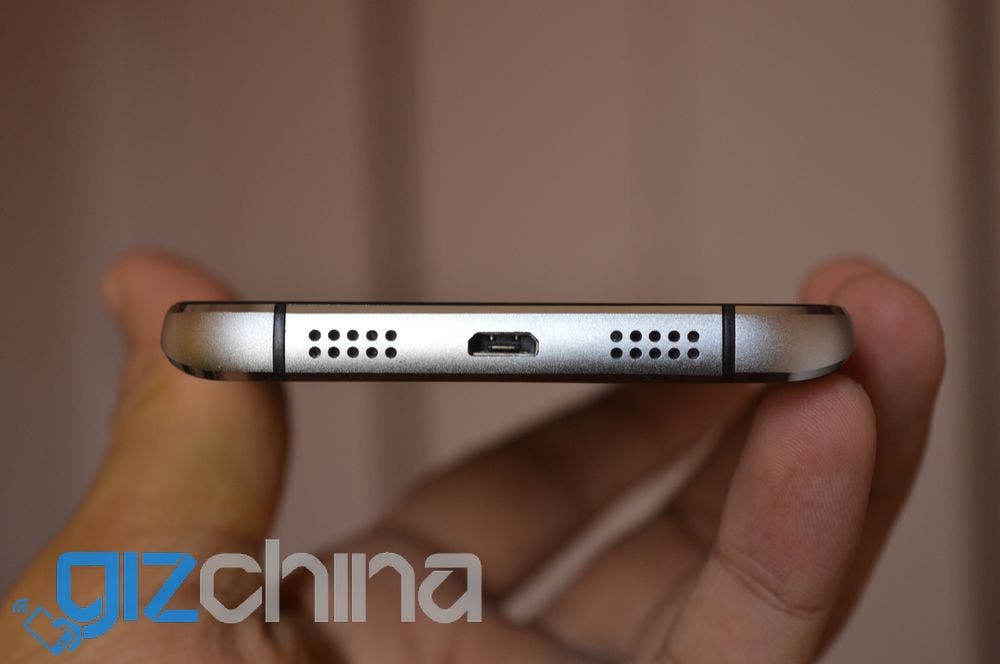 The chin of the phone has two sets of machine drilled holes on either side of the USB port. I’m pretty sure there’s just one speaker, perhaps somewhere between the two sets of holes — skewed towards the right. 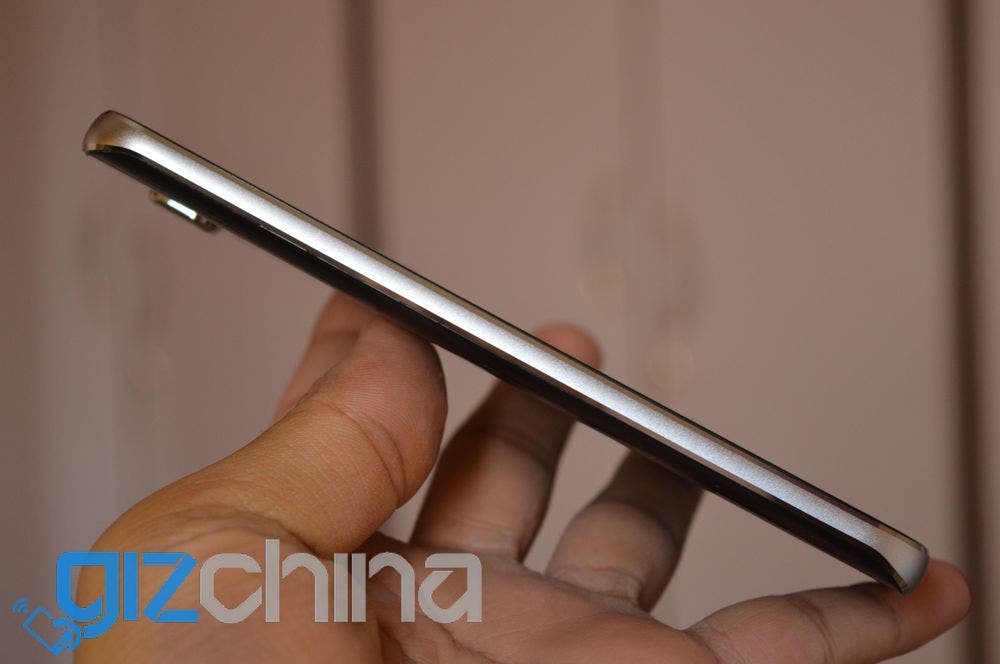 To sum this section up, it feels as though the Rome X is made out of inexpensive but durable material, which however lacks polish — figuratively speaking. The weight of the phone is a little jumbled up also, both in magnitude and balance.

While the digitiser on top of the screen isn’t something you’ll want to write home about, the display beneath is genuinely impressive for a phone worth as much as the Rome X. On the scale of natural to saturated, the balance is more towards the latter. Colors kind of pop out like they do on an AMOLED usually.

I’ve always been a fan of MediaTek’s MiraVision ever since it started showing up on their 64-bit phones last year. MiraVision helps in the Rome X’s case too; not only does it allow you to make the display looks much nicer, you can even tone down the saturation, contrast and other things if you’re more into natural-looking picture.

Since it’s an LTPS display, the viewing angles take a bit of a beating. Anyway, I believe viewing angles are often overrated and I’m perfectly OK with what’s on offer here.

Moving on to audio. As I mentioned before, the phone seems to have a single speaker and a deceptive two speaker slots… anyway, it’s how it sounds that matters, and it doesn’t sound too good. The audio output is what you’d call ‘cheap quality’ with too much treble, virtually no bass, and a low volume.

I also had issues trying to make sense of what people said during calls — so the bad audio isn’t restricted to the loudspeaker, the earpiece is a victim also.

The digitiser that UMi are using on the phone seems to be of a low resolution, but that is expected when you’re talking sub-$65… at least at the time of writing this review.

Battery backup stands somewhere between poor and average. There’s no 4G LTE support on the phone that helps the issue a bit; however, I’ve found that there’s quite a bit of a difference in overall battery life (more than other phones) between 2G and 3G modes.

If you don’t connect your phone to a WiFi network on a work day, you can expect about 8-10 hours of battery on a charge. With WiFi, an hour or two extra is what the phone manages.

For the SOT folks, it’s around the 3-3.5 hour mark generally.

I’ve been spoilt with some nice hardware of late, after which the Rome X and its MT6580 seemed like a few steps back. While it is true that the phone is extremely affordable and such, but I believe a better overall phone can be made out of the money.

For instance, the MT6582 was a chipset that was really inexpensive and did a good job. I believe I’d prefer the MT6582 over this.

Basic functionality expected out of any smartphone: ability to browse the web, IM/Mail, camera and of course phone calls. The Rome X doesn’t do too well with any of those, unfortunately.

With web sessions becoming more important by the day, cached web pages in browsers don’t help. The Rome X struggles with a couple of tabs open in Chrome.

Anyway, here are some benchmark scores. 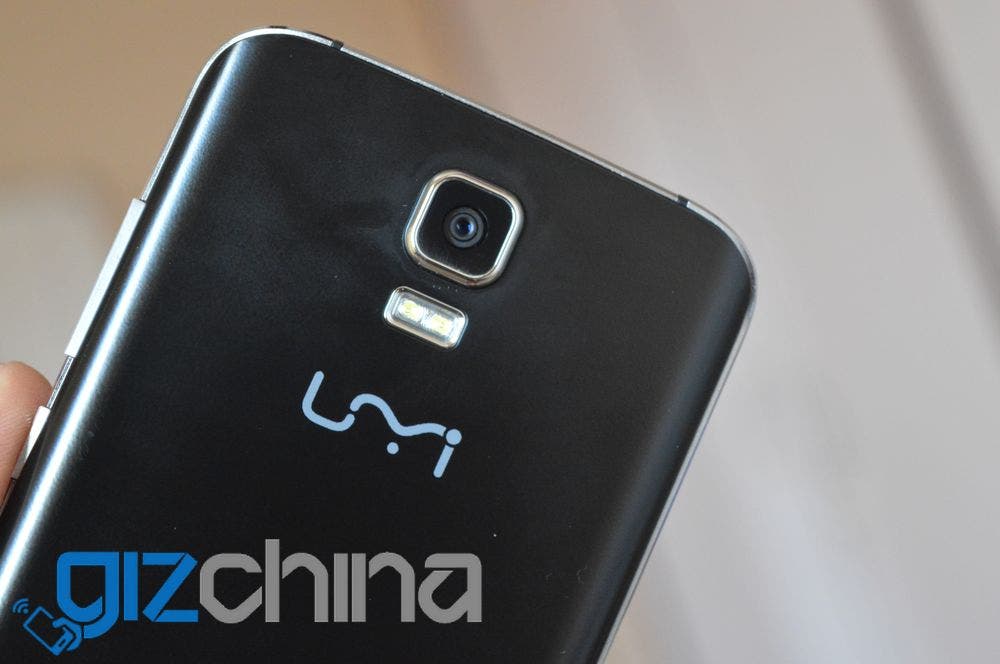 I’m fairly impressed with what the Rome X can ultimately produce with it’s camera. Emphasis on ‘ultimately’; it takes quite a bit of time to get to the saved image file after hitting the shutter button. Again, not something that you wouldn’t expect from a $65 phone.

Overall, besides the slow camera speed (which, to be fair, should be attributed to the SoC), the Rome X takes some decent photos… No complaints here. 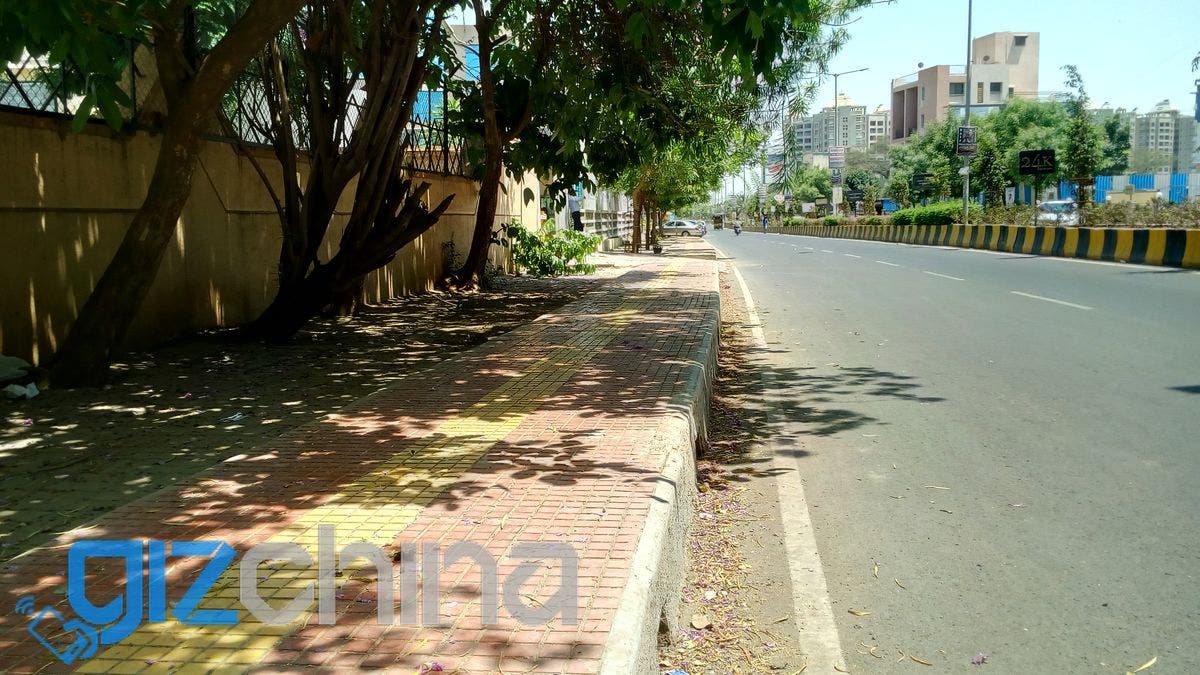 UMi have been fairly adventurous, releasing phone one after another. While it’s phones like the Touch that make the most noise, UMi have been trying to crack the sub-$100 code for a while. The Rome X is what I’d call a fairly unsuccessful attempt, but I can see other Chinese manufacturers, if not UMi, get there very soon.

I’d reckon you get the Rome X only if you are on a very limited budget; there are plenty $100 phones out there that can do a much better job otherwise.

The UMi Rome X can be bought off of TomTop for $62.99, the folks who supplied this review unit. Use coupon code TOMTOPROMEX to get another $2 off.

Previous Is the Helio X25 in the Meizu Pro 6 really that weak ?

Next Homtom HT10 will come with magnesium-titanium alloy body