So much for Meizu getting a Helio X25 exclusive as LeTV have just announced their Le Pro 2 with the 2.5Ghz chipset.

The LeEco Max launch today was the big draw today with up to 6GB RAM and a Snapdragon 820, but for people wanting a 5.5-inch flagship phone, LeEco also had the release of the Le Pro 2.

The design is similar to the LeMax but the phone has a more compact body and smaller 5.5-inch display but with the same 2K resolution. The Le Pro 2 sticks with 4GB RAM but get’s 64GB memory, and a Mediatek Helio X25 chipset running at 2.5Ghz (the same chip Meizu claimed only they would be using). 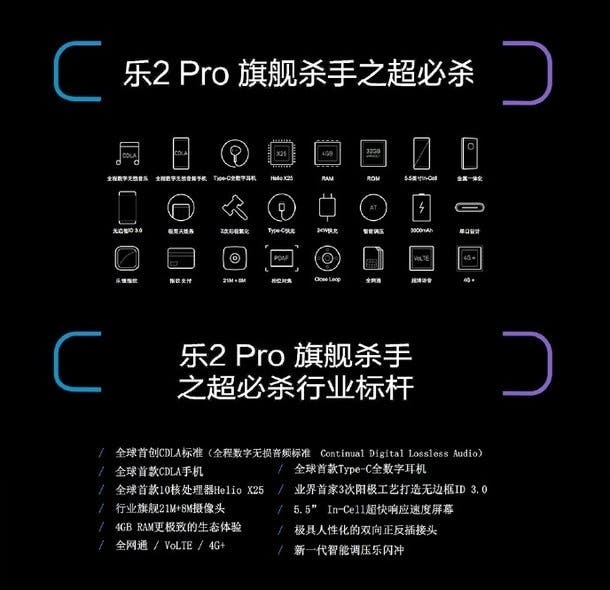 Other details include a Sony IMX230 rear 21 mega-pixel camera with OIS, an 8 mega-pixel front camera, 3000mAh battery, EUI based on Android 6.0 fingerprint scanner and fast charging.

Pricing is very keen on the Le Pro 2 with the Chinese RRP set at only 1499 Yuan! Not bad specs at all but once again the phone ships without a 3.5mm headphone jack and instead users must use the included USB type C adapter to use their current headphones.