Curved displays are set to be all the rage this year with Huawei, Xiaomi and now Meizu all rumoured to be building phones with the Samsung panels.

This year Vivo released the Vivo Xplay 5 with curved display, marking themselves as the first Chinese phone maker to use the Samsung panels, but soon they will be joined by others. Apparently Huawei and Xiaomi are planning new devices (Mi Note 2 perhaps) with Samsung sourced screens.

Before those two mobile giants get stuck in though, Meizu might be their first. Purported leaked photos show what looks like a mystery Meizu device, with curved panel. The images are suitably grainy to make them difficult to believe or not, but what we can see from the images are Meizu’s Flyme OS and a physical home button. 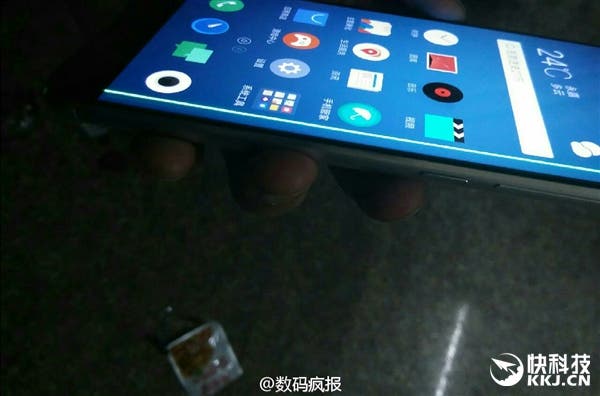 Meizu using Samsung curved panels would kind of make sense as the two brands have worked together in the past with Exynos chipset’s showing up in Meizu phones.

Meizu have already released 3 phones this year, and have 3-4 more phones in the pipeline, its just a question of which one(s) might use curved panels, and if Flyme will take advantage of the new screen surface.