The Zenfone 2 was one of the most exciting phones of 2015, and Asus look set to keep the momentum going with the Zenfone 3 this year spotted on Antutu with Snapdragon 820 chipset.

While not a perfect device, the Zenfone 2 had a lot going for it. It had a powerful chipset, a lot of RAM, decent overall hardware and incredible pricing.

So with that all to live up to what will the Zenfone 3 have to offer? 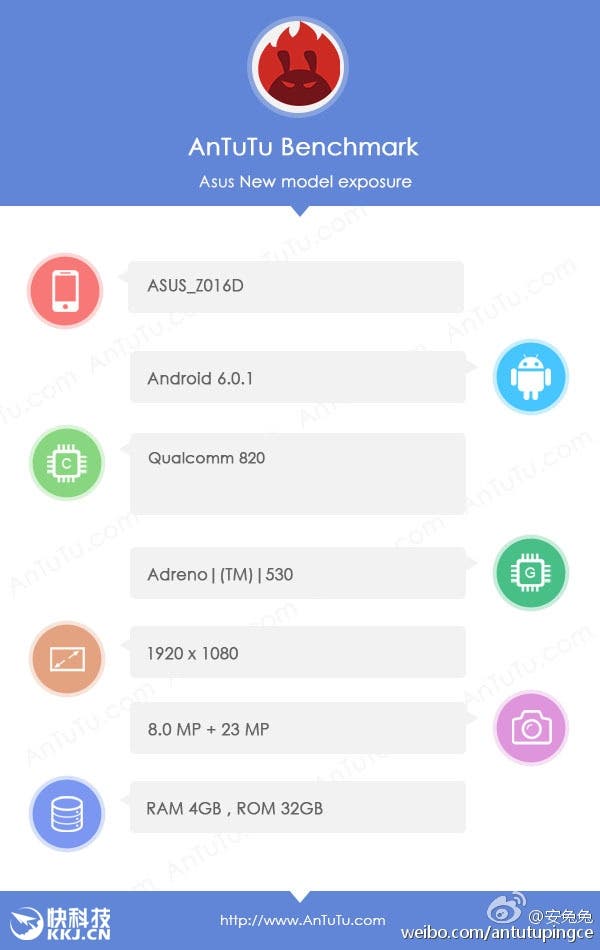 As you can see from the specs, this version of the Zenfone 3 isn’t set to make new RAM records, but with an 8 mega-pixel front camera and 23 mega-pixel rear we might see some better performance in these department this time around.

For those of you who still think Antutu scores are worth reading in to then the Zenfone 3 scored 135,000 points, which has it ranking just behind the Galaxy S7 Edge, Xiaomi Mi5 and LeTV LeMax 2.

We still have around a month before the Zenfone 3 is launched, but if Chinese media are correct it could be well worth it as pricing could be as low as 1999 Yuan.