Last week we have mentioned the new special edition of UMI Super coming and celebrating the EURO 2016 football championship. Seems like the fan feedback convinced UMI about going bigger and more affordable so they have announced the crowdfunding campaign on Kickstarter. But still the exclusivity is there, because the edition will still be pretty limited. 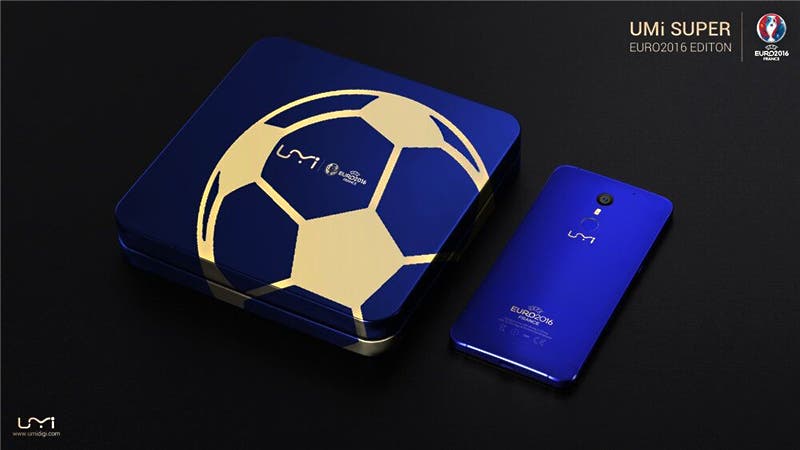 If you look at the pictures of the new edition then you have to admit the blue design suits the UMI Super just perfectly. On the back of the device we can see even the EURO 2016 logo and allegedly the national flag of the winner should appear there too. But for that we will have to wait, because the playoffs are still underway.

The whole redesign applies also for the whole box and once again everything is in royal blue color. UMI representatives said that if the crowdfunding campaign will succeed then the special edition will be made and distributed right away in very short amount of time needed.

The phone specifications will of course stay the same as the normal normal UMI Super, which you can get in here and even participate in a giveaway.

Previous Not even an angry woman can break the Blackview BV6000

Next Elephone is working on another action camera - EleCam Explorer Elite