Chinese phone makers have been infamous for ripping off famous designs for a long, long time. Off late, companies from the same countries have been gaining popularity for their ingenious products… what you’ll see here is the best of both worlds. Xiaomi first came out with the Mi Mix (review here) late last year, which has since turned into a super popular design. Apparently it’s not just the consumers that have taken a liking to the design, but fellow Chinese makers too. 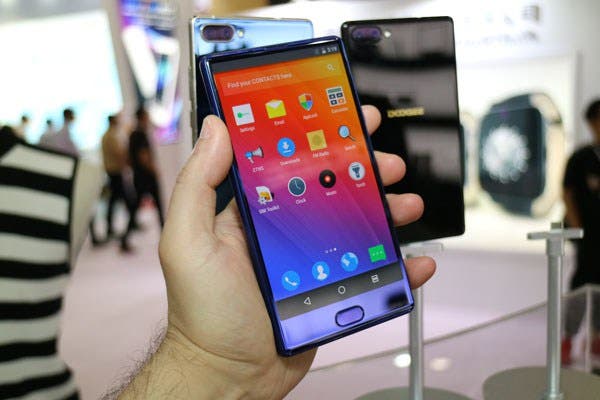 If you’ve been around a bit, you’ll have seen a bit of Doogee Mix news on GizChina. The company seem pretty serious with the Mi Mix cloning campaign… so much so that they’ve given their attempt at a replica the same name as the original — the Mix.

It’ll most likely come with a MediaTek Helio processor unlike the Xiaomi Mi Mix, of course. On the up side, you should expect the phone to be a lot more affordable. 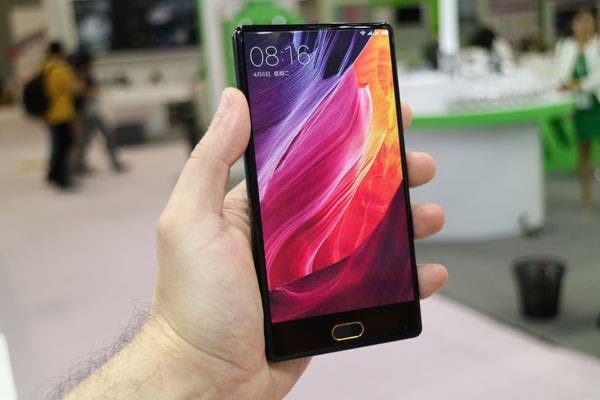 A recent announcement, the Bluboo S1 is yet another shot at cloning the fantastic Mi Mix. Interestingly, the Bluboo S1 will come with only a 5.5-inch display (compared to the 6.44-inch of the Mi Mix), which should make it an extremely compact phone, given there will hardly be any bezel on three sides out of four.

This one will come powered with the MediaTek Helio P20, which in our opinion is a fairly good choice. It now depends on how well Bluboo price the phone…

UMiDigi (earlier known simply as UMi) like to leave no stone unturned. Since their rebranding earlier this year, the company has churned out a couple of really nice phones and seem hungry for more.

One of their future launches is the UMiDigi Crystal, a phone that takes a dig at the Mi Mix. However, like other phones in this list, the Crystal will be way more affordable than the Mi Mix.

According to video blogger Charbax, the UMiDigi Crystal is in fact just $90 — a far cry from the asking price of the Mi Mix.

IDWell is a company that you probably wouldn’t have heard of before, and rightly so. From the looks of it, IDWell seem like an OEM that will usually make phones for other companies to brand and sell.

So don’t be surprised if you see the same phone being sold under a different brand name in the coming few weeks or months. As you can see from the video above, the IDWell D10 and the D10 Pro will set you back upwards of $135… so these aren’t going to be the most inexpensive bezel-less phones that you will see this season.

What’s a list doing with Chinese phones without the mention of Elephone? The notorious maker from China is known to throw its hand at any and every market segment, and sometimes, doing it well.

Elephone are now preparing an new phone which will… be built along the lines of the Xiaomi Mi Mix. There’s no name given to the project yet, and hence it’s only a concept so far. Interestingly, this Mi Mix clone from Elephone will feature a pop-out camera module. You can read more about it right here.

You should expect to see some news having to do with this upcoming Elephone concept in the coming few days on GizChina.