Xiaomi’s biggest 2016 release would be the Mi Mix. The phone came on the same day as the Mi Note 2, and despite all the curves of the Mi Note 2, the Mi Mix managed to be the star of the show.

In typical Xiaomi fashion, the company did not give the Mix a full-blown launch. Instead, they chose to hide the Mix in the Mi Note 2’s shadow, and let the market respond instead of making the push themselves. Heck, they even called the Mix a ‘concept’ phone.

Come CES 2017, Xiaomi are seen showing off the Mi Mix… in white. Again, it’s a phone really tough to get hold of (unless you don’t mind digging a hole in your pocket).

Anyway, let’s get to the Mi Mix.

This is the section you need to be in if you’re here to get yourself convinced into getting yourself a Mi Mix. The Mi Mix is unlike any other phone you’ve seen before (unless of course you’d seen the Sharp Aquos Crystal a few years back). It’s a huge phone, with a screen to body ratio that’s quite unnatural for modern phones. Contrary to belief, the Mi Mix does not have the slimmest bezels ever; what it does have is three sides of slim bezel instead of the usual two.

I have to admit, it’s quite refreshing, and most certainly a crowd magnet. Be ready for some awkward second glances (if you’re not used to those, that is) when you pull out the Mi Mix to take snaps at a concert. 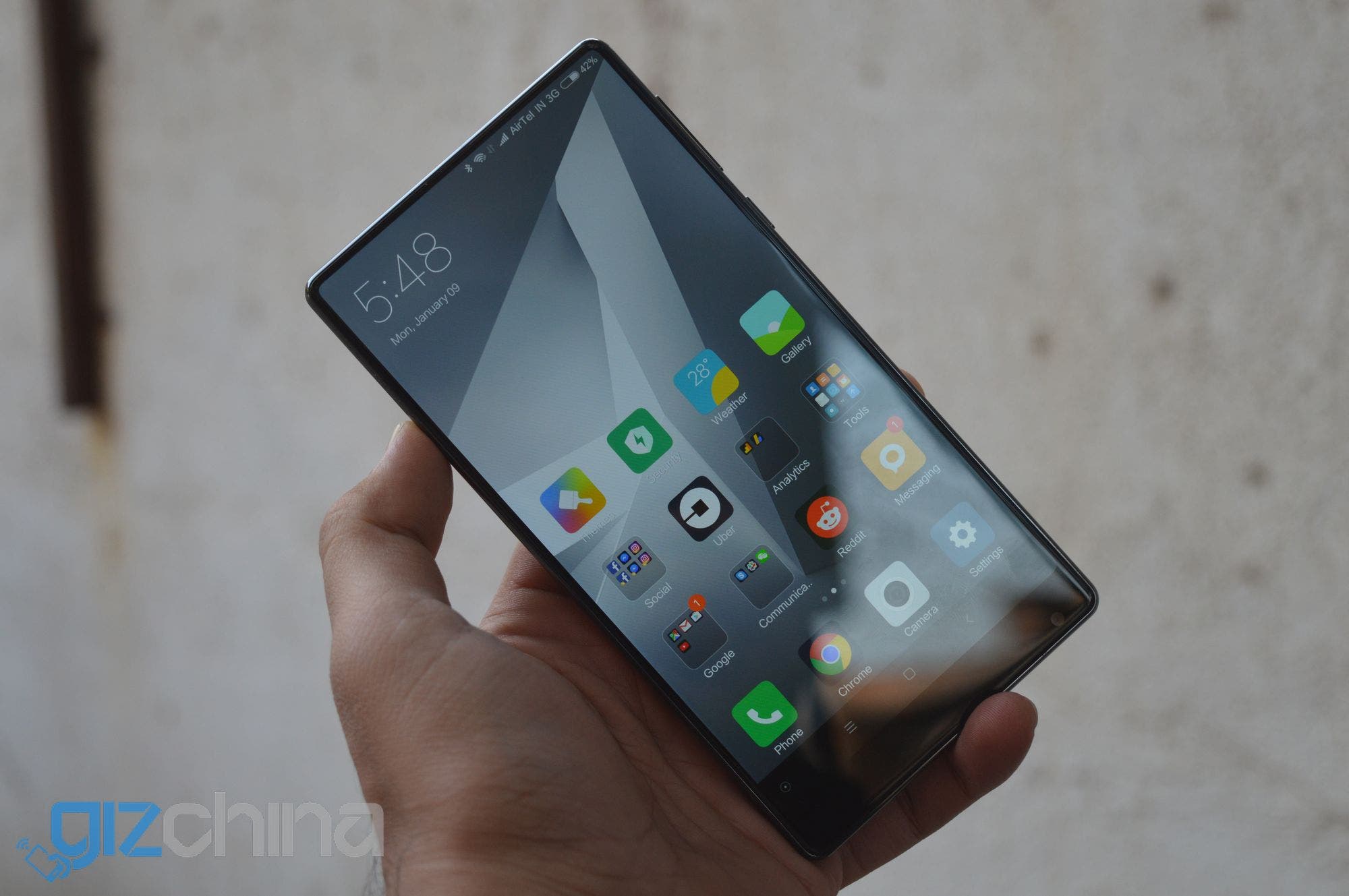 The screen on the Mix is a 17:9 6.44-inch display. Since it isn’t a traditional aspect ratio we have here, the pixels on the screen are 1080 x 2040. While it does sound like a tricky number, Xiaomi have tuned MIUI enough to make best use of the available real estate without really making users adjust to it.

With great design, comes great responsibility — the usual selfie camera, proximity sensor, etc. arrangement goes for a toss. For starters, the selfie camera is placed below the screen, so if you’re a Snapchat user you’re going to have to turn the phone 180-degree to get a normal-looking selfie. I don’t use Snapchat (hey, I’m young though) but certain obligations have required me to turn on the front camera and it’s a bit of a hassle. You will find the pulpy part of your palm covering the camera invariably. 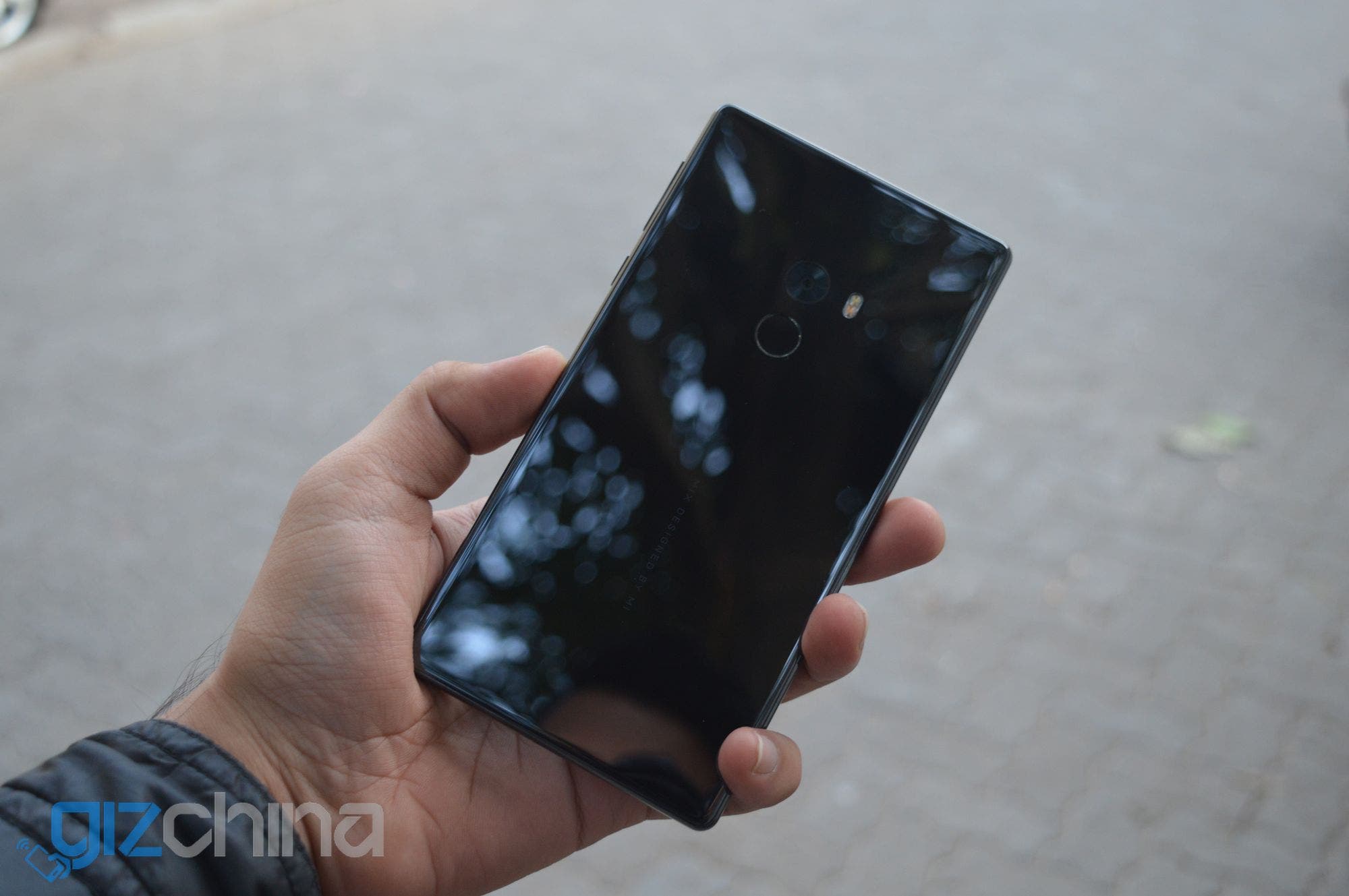 Coming back to the design, the Mix is truly something worth gawking at. For a week or so, until you get bored of it and the impracticality starts weighing out the pleasure you get out of its great looks. It’s also the slipperiest smartphone you’ll probably ever have the pleasure of using. I’ve had a couple of heart attacks already, since it’s a really expensive phone and you usually want to be using it in one piece. 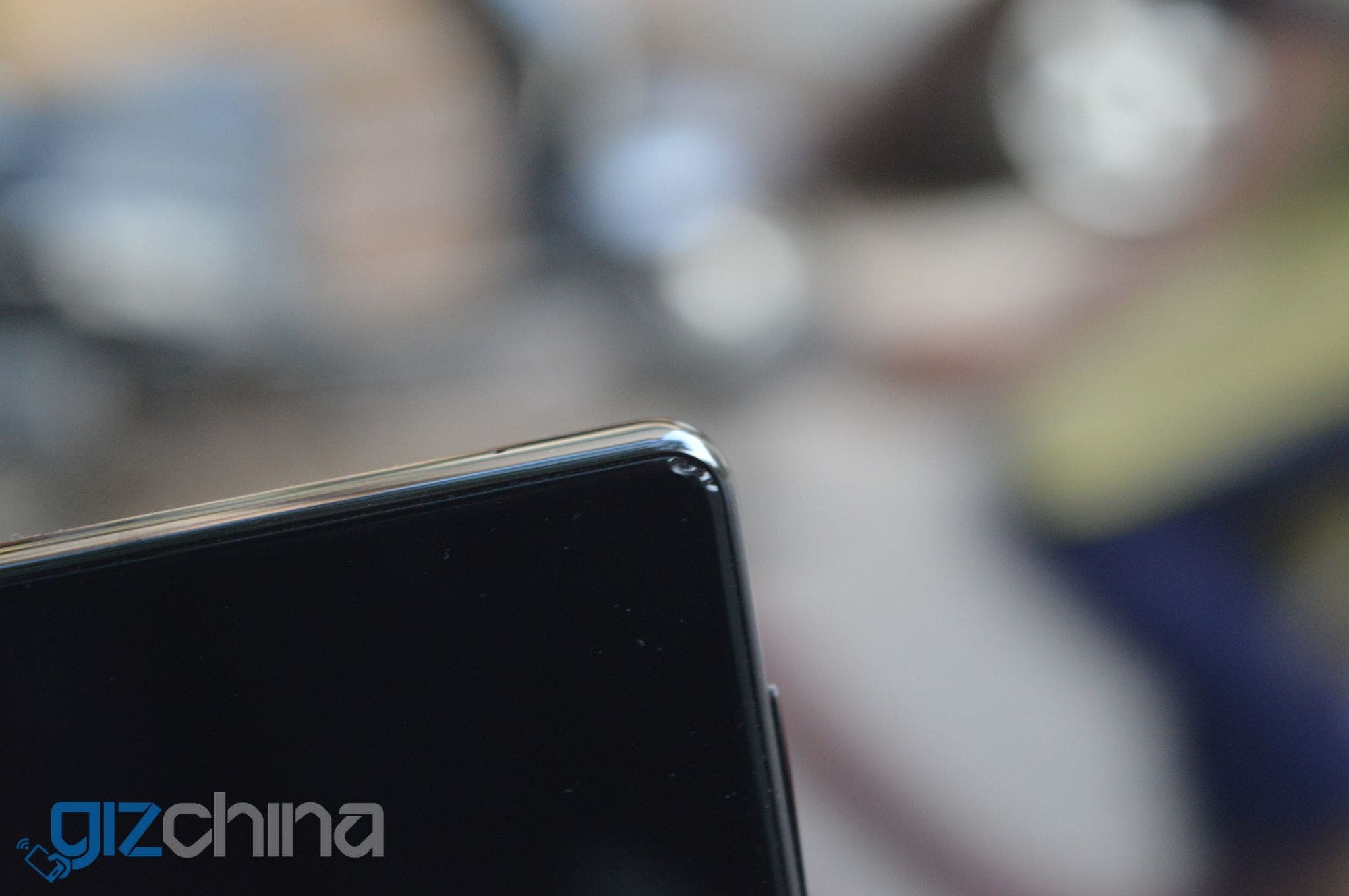 Also it turns out that it’s not the best built phone of 2016. Or to put it in other words, it’s a certain ‘handle with care’ device. I managed to chip one edge of the phone somehow, and I swear I don’t even know how. Not something you want to be happening to your heavy investment. 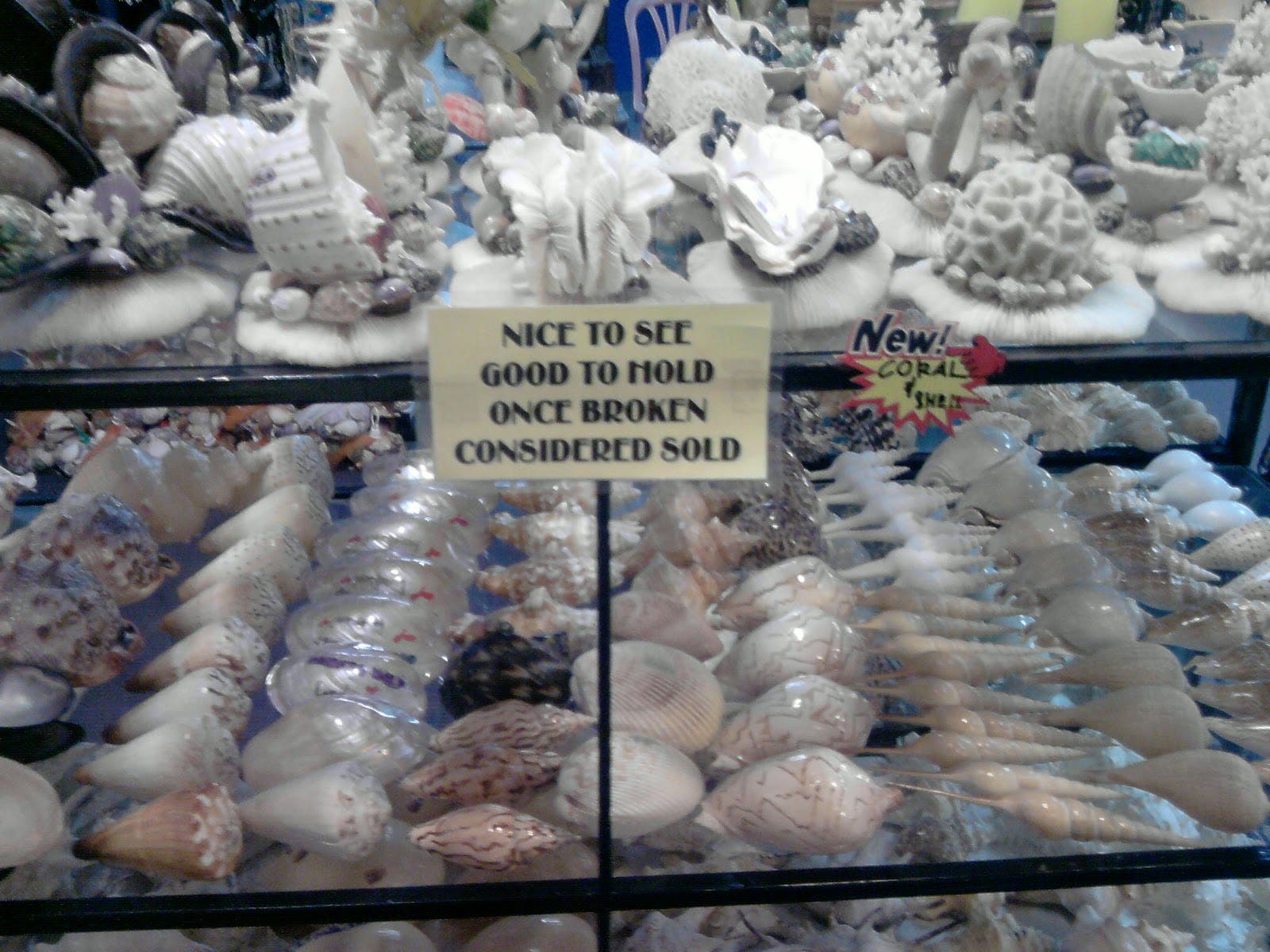 I mostly have only good things to say about the Mi Mix’s hardware and performance. It’s a really fast phone, which despite its humongous screen, manages to deliver a battery life that makes it fairly usable.

For starters, the Mi Mix comes with a Snapdragon 821 SoC — one the most powerful smartphones processors out there. With that, it either gets 6GB or 4GB of RAM and lots of storage. The version we tested here was the 4GB RAM/128GB, which despite being the ‘base’ version performed like a champ for the most part. 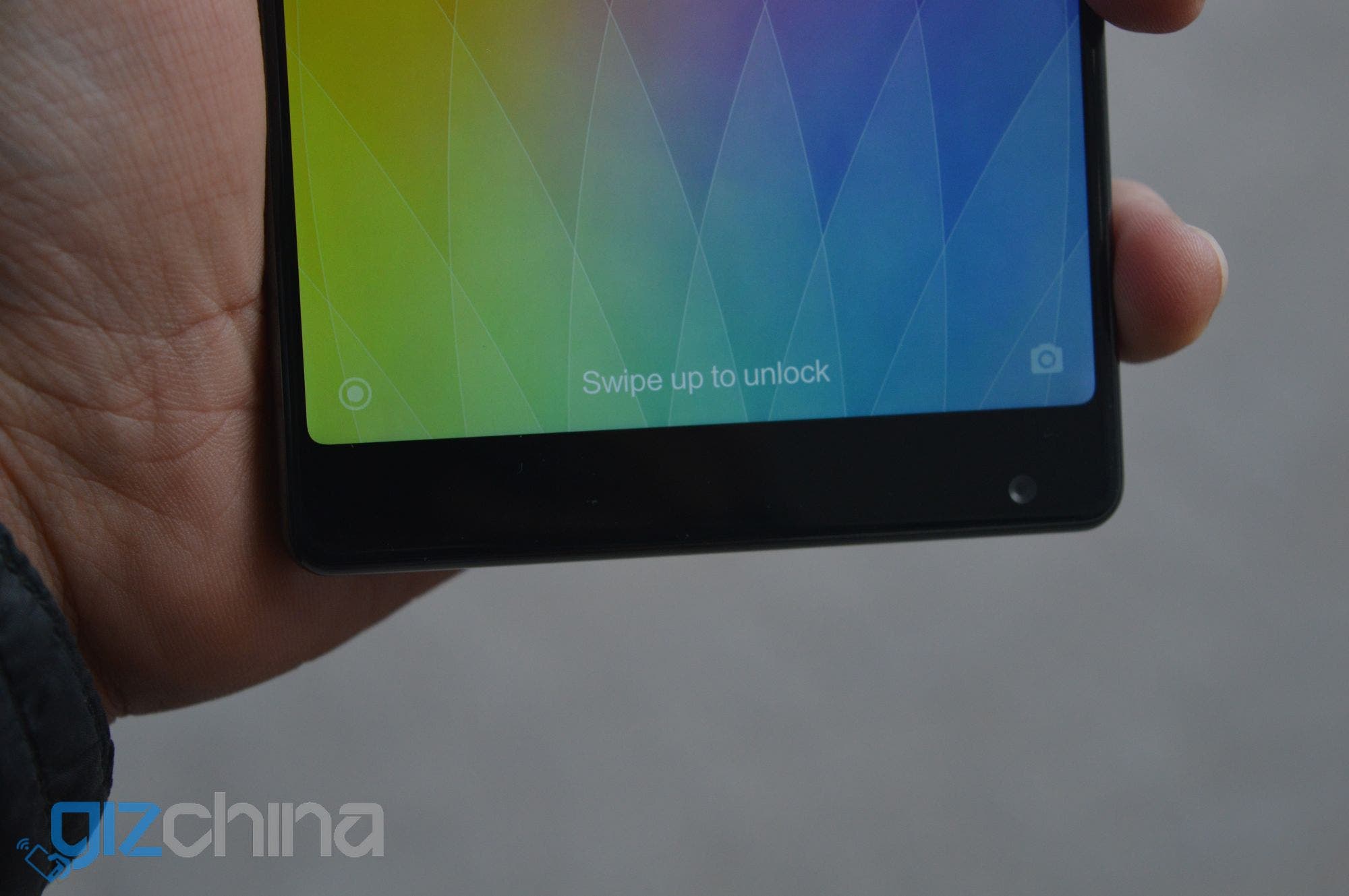 MIUI being MIUI, does have some really useful features, but also screws up at times. The screw up for me started when I had to get Google Play and other Google services running on to (the unit from Trading Shenzhen did not have these out of the box). After a good 30 minutes of trying I finally got Google running on my phone (the contacts wouldn’t sync, which is what took time).

Thankfully though, that was the end of my troubles with MIUI on the Mi Mix. It’s been smooth sailing, pretty much, since then.

The phone is blazingly fast in firing up apps, takes next to no time saving photos… in other words, the Mi Mix does behave like you’d expect a Snapdragon 821 phone to. After having used the OnePlus 3 for a few months, I will admit that there are situations when you find apps being cached out of the memory, but then it’s not all that bad. No one’s ever gonna buy the Mix for sole performance… 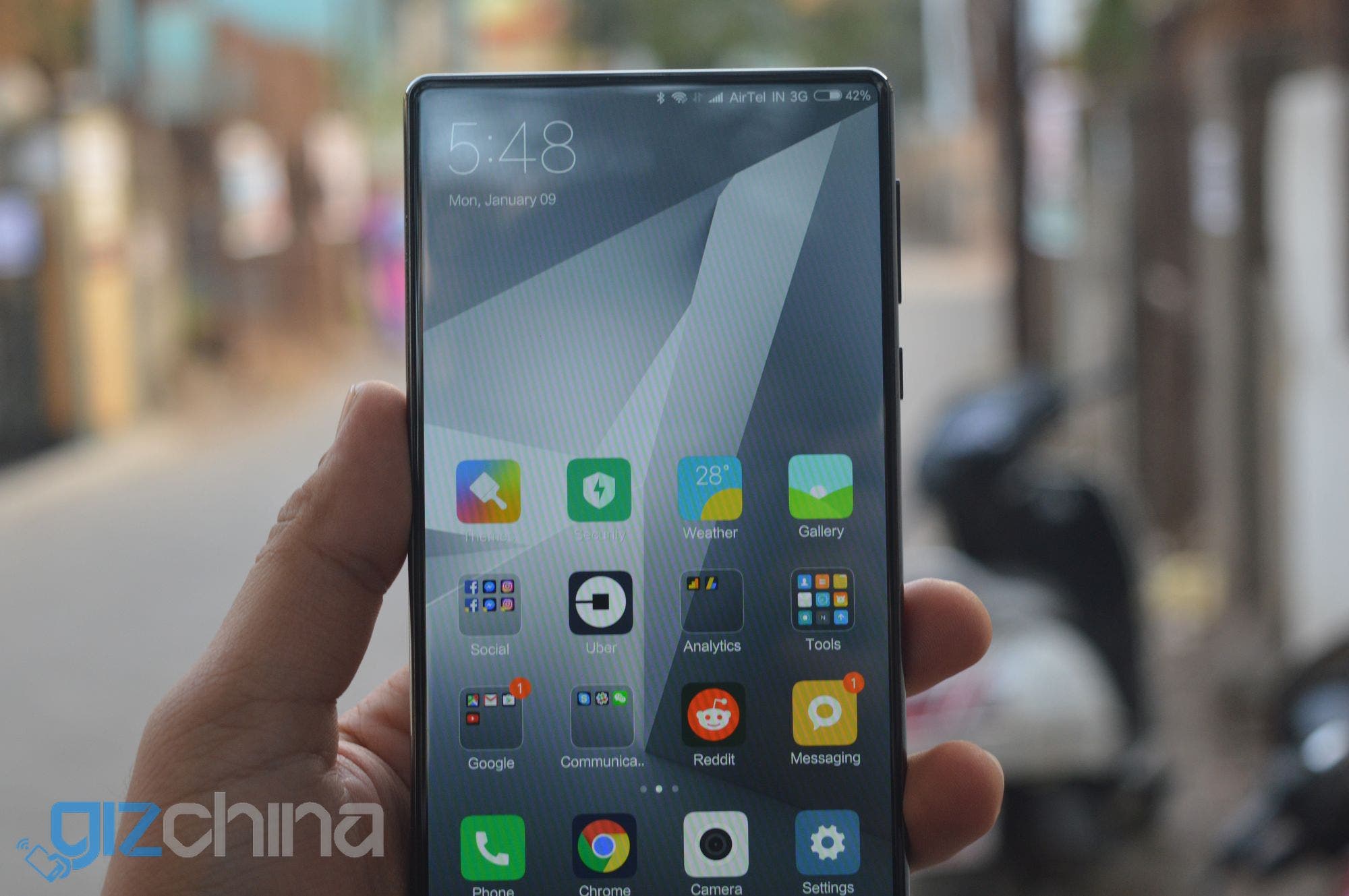 Where I feel Xiaomi missed a trick though is the display. While it’s a fun panel and everything, a higher (QDH-grade) resolution would’ve sealed the ‘wow’ deal all for once. Another something Xiaomi could’ve tried with the Mix (since it really wasn’t a phone they were betting their future on) is slapping on an OLED panel, just to get the saturation levels up and to make the phone look more like a ninja when the screen wasn’t turned on.

That said, looking at it with a purely objective perspective, the display is nice. It’s a bit reflective sometimes, but then getting the brightness up does the trick. What I don’t like too much about it though are the edges — they’re curved. While curved edges go well with the cartoonish MIUI, they take away a bit of class from the Mi Mix. 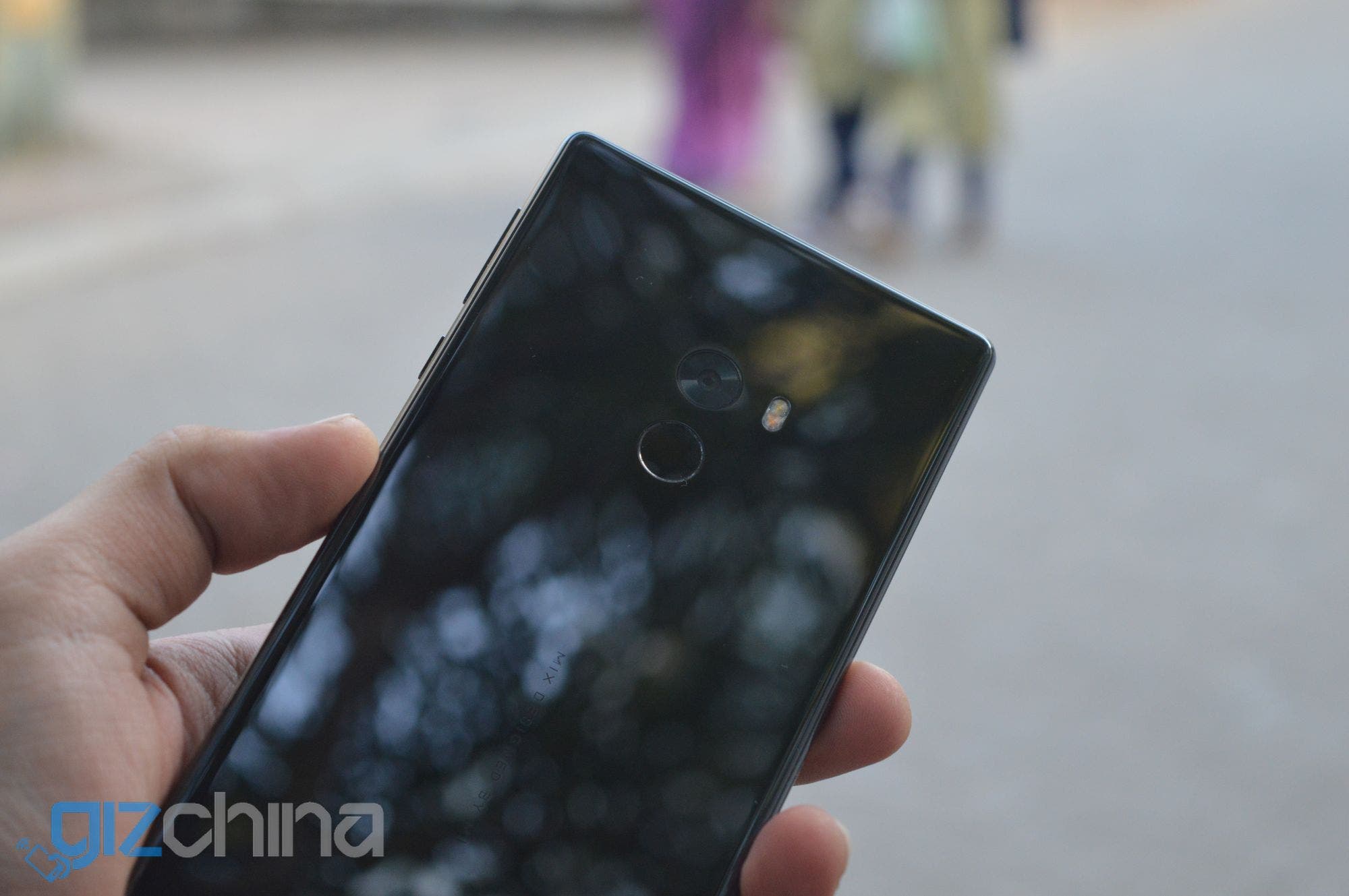 The fingerprint sensor on the rear is pretty much spot on all the time. It’ll take you a few days to get used to having your fingerprint scanned on the sensor instead of the camera (it sucks when that happens), but when that does happen you’ll find the sensor working pretty fine. It’s fast, and unless you have really wet hands, it’s going to unlock your phone in no time.

I use the Mix with one SIM, on 4G for the most part. Despite that, the phone has been able to return on average a full day’s use. Given that it does feature a larger-than-average size screen, I feel this is quite impressive. As for screen on time, you can easily expect 5 hours (or more) of screen time. As I write this review, the Mi Mix stands at 38% battery with 3:40 hours of screen on time. 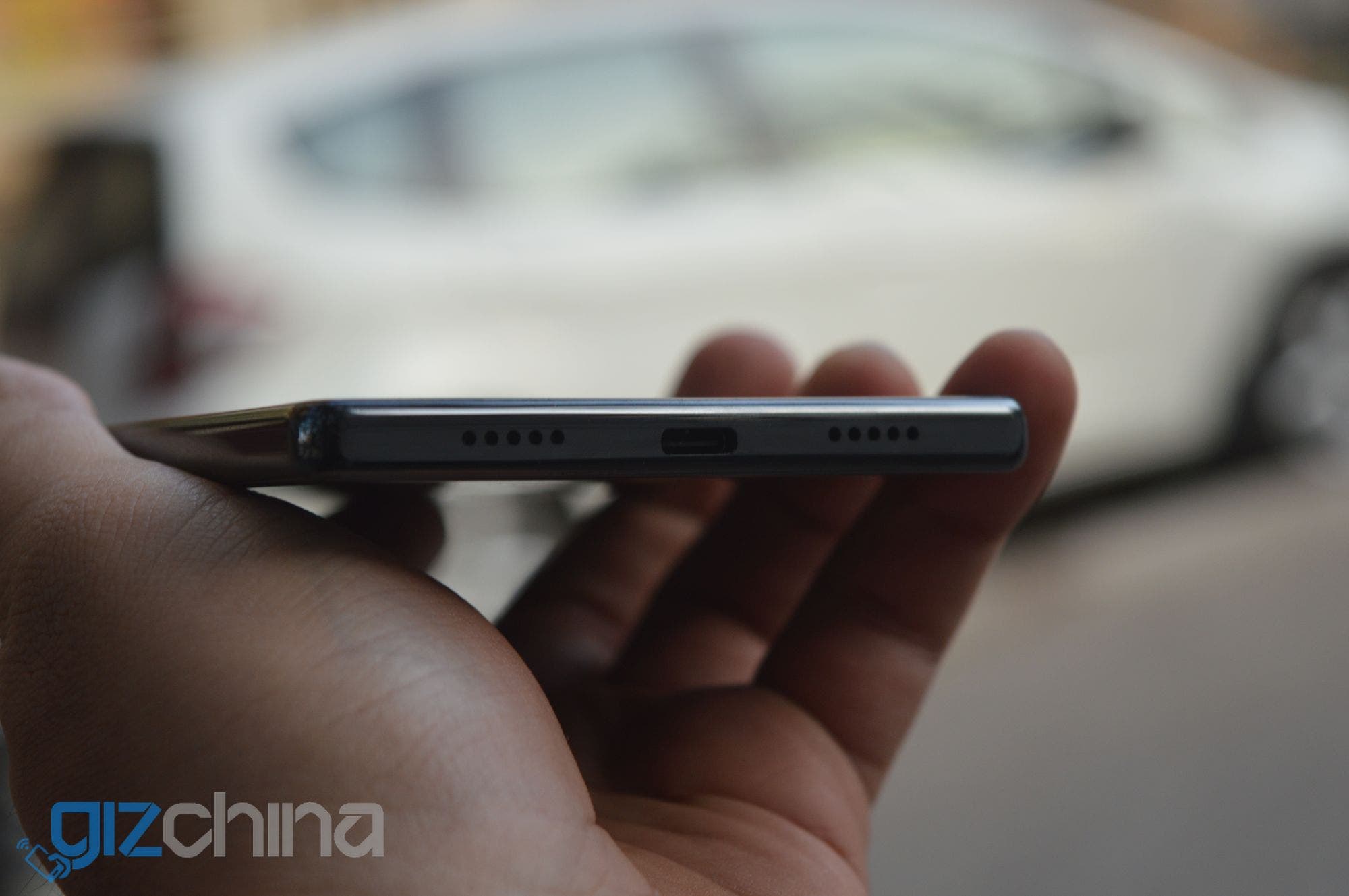 As for the sound output, it’s a bit of a mixed bag. The included loudspeaker isn’t loud enough at times, but the sound quality it outputs is manageable. There’s no dearth of bass or abundance of treble, something that a lot of Chinese phones happen to suffer from.

The ‘earpiece’ (or the lack thereof) is interesting. When you’re on a call, it feels like the entire phone is acting as a speaker, which is quite remarkable to be honest. It’s also a fun experience. As for how practically usable it is, I’d say it’s as good as a regular earpiece. The sound will certainly not be the same, but the efficacy will.

Unlike previous Xiaomi phones (the Redmi Pro, Mi 5s Plus) the Mi Mix does not have a dual rear camera setup. It’s again a bit of a surprise because Xiaomi appeared to gone all guns blazing with this one.

That said, the camera does perform fairly decently on the Mix. You are invariably going to hate the front camera sensor’s positioning, but once you realise you’re holding a Mi Mix in your hands, it’ll probably and hopefully (for you) dissipate. 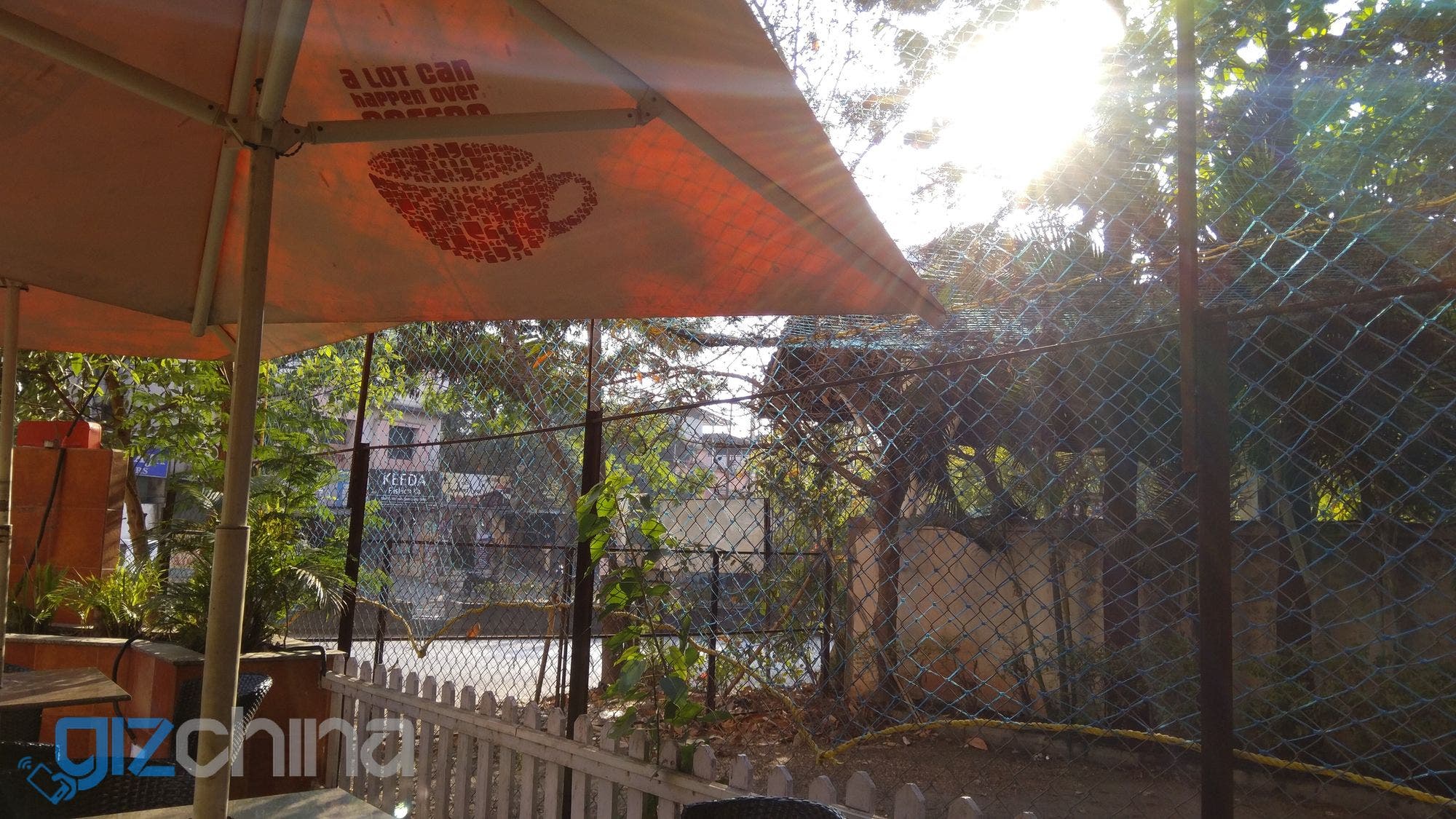 How about a selfie test? 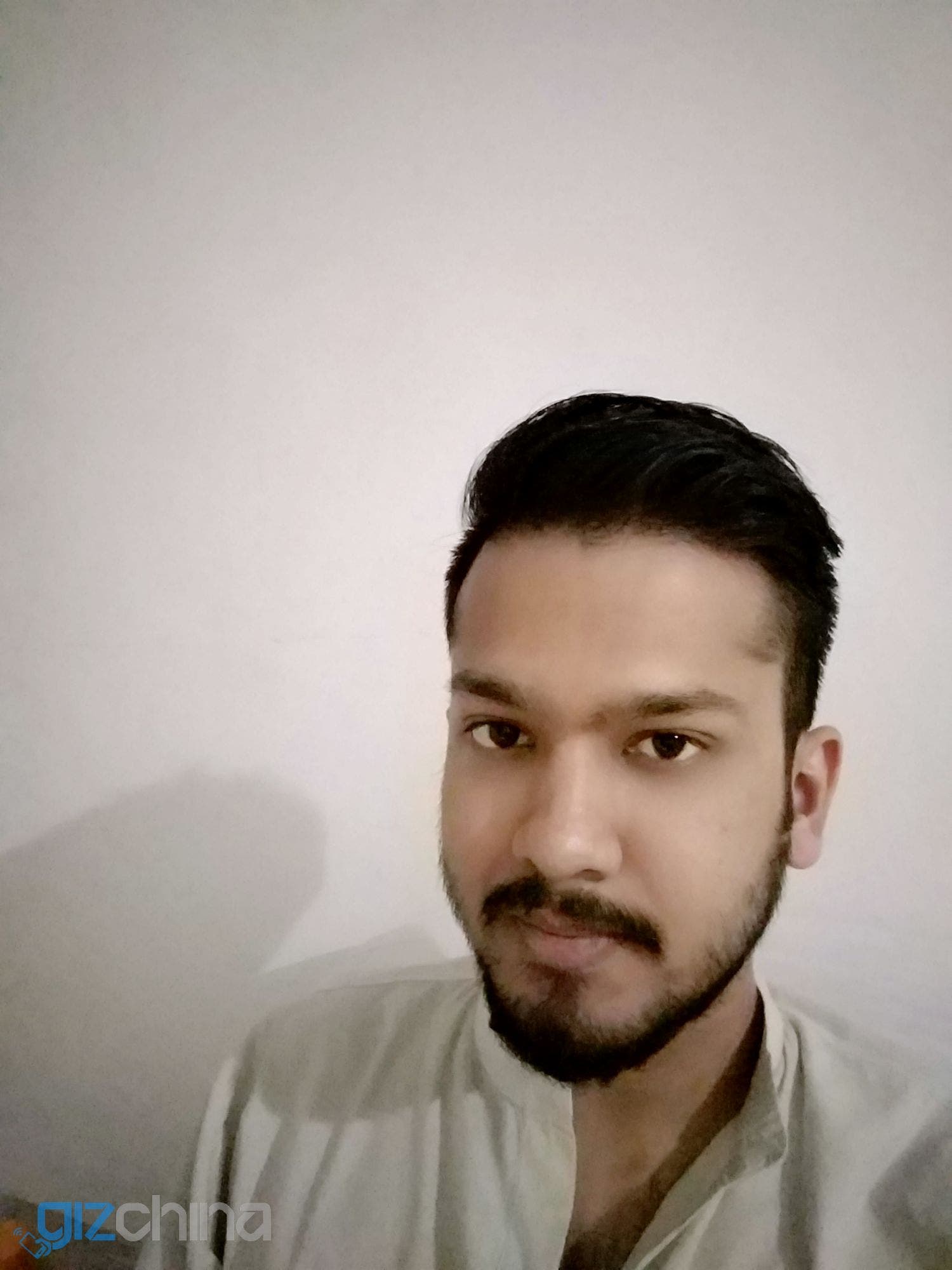 The Mi Mix is a fad. It’s a superb device to look at, to show around, and to use for a few days. Beyond that point, it starts getting a little impractical. You start realising how easy it is to break, start thinking what else you could’ve done with your $800-1000.

I feel the Mix isn’t a phone designed to be tested as a regular phone, but since that’s what we do, we did it anyway. People who want a Mix will get the Mix anyway, regardless of what we (or anyone else, for that matter) say about the phone.

You can purchase the Mix from the following stores.

Next Oukitel U20 Plus Review