The camera experience will make or break the Oukitel U20 Plus. Take the dual camera out of the equation for a moment. Now count on all of your fingers and toes how many other phones feature the same specs. And if you hadn’t guessed yet, most of them cost less than $100 and apart from the dual camera setup, this is a completely unremarkable phone.

The Oukitel U20 Plus is very run of the mill. It has generic ultra budget specifications while costing slightly above the average for specs like these. With the release of the Redmi 4A, it has redefined ultra budget, instantly rendering any MT6737 phone subpar.

“Run of the mill”

Oukitel U20 Plus Specifications

Big thanks to Oukitel for providing this review unit. I used the Oukitel U20 Plus on Fido in Toronto.

Oukitel U20 Plus Hardware 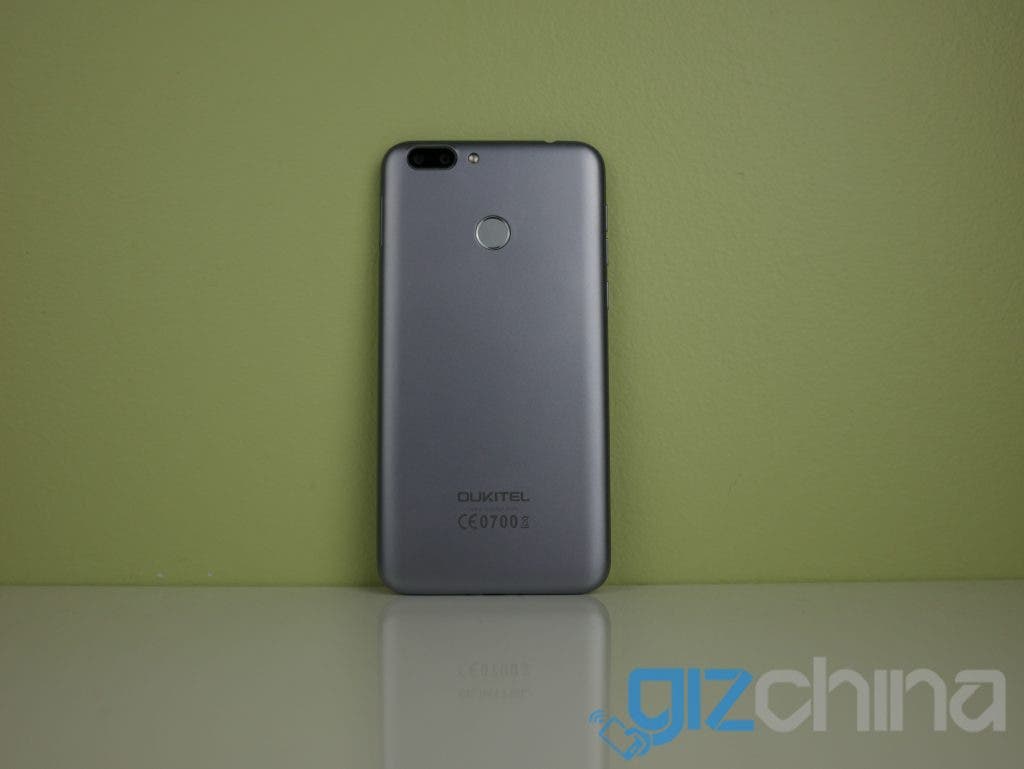 The Oukitel U20 Plus is big. With the current trend towards smaller bezels (see the Mi Mix), the U20 Plus doesn’t bother with that and it’s very difficult to use one handed. The front of the phone features 2.5D glass with the capacitve buttons at the bottom. There is a huge bezel around the screen but it is actually hidden quite cleverly, with part of it being the black part of the screen and the rest being the silver bezel. It does resemble the iPhone 7 Plus somewhat from the front as well. The back of the phone is made out of soft touch plastic and does resemble metal from a distance but does not feel like it. We have the dual cameras, the fingerprint sensor and the Oukitel logo on the back. 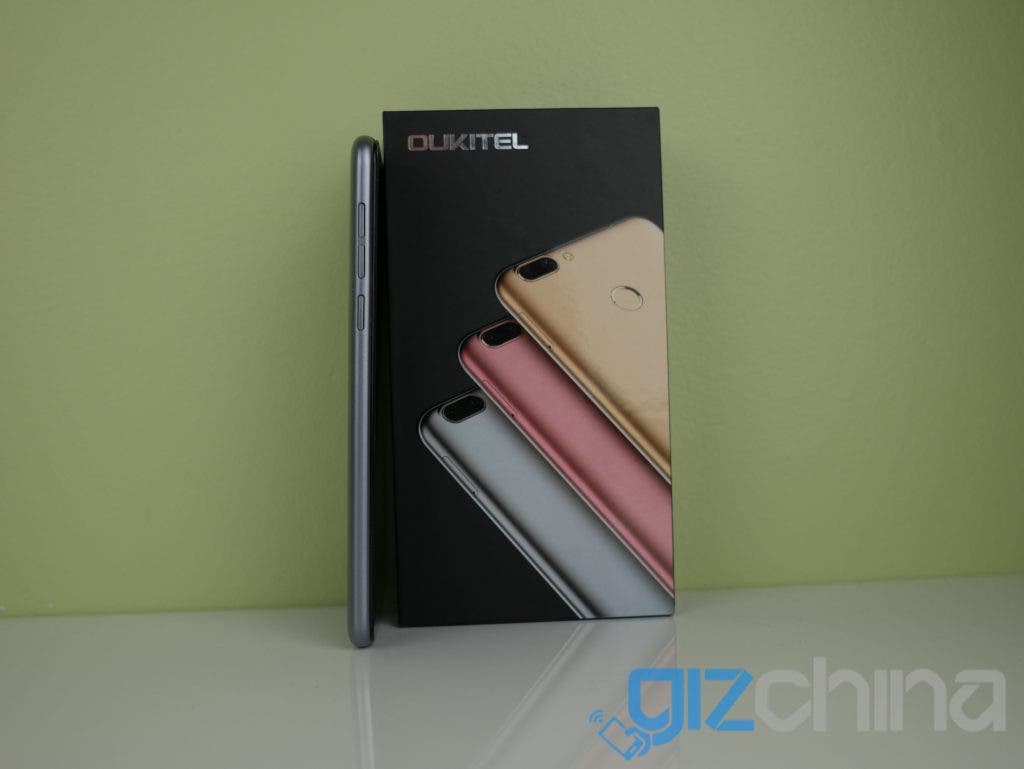 The build quality overall is decent. It’s not metal but it feels durable enough for everyday use.

Oukitel U20 Plus Display 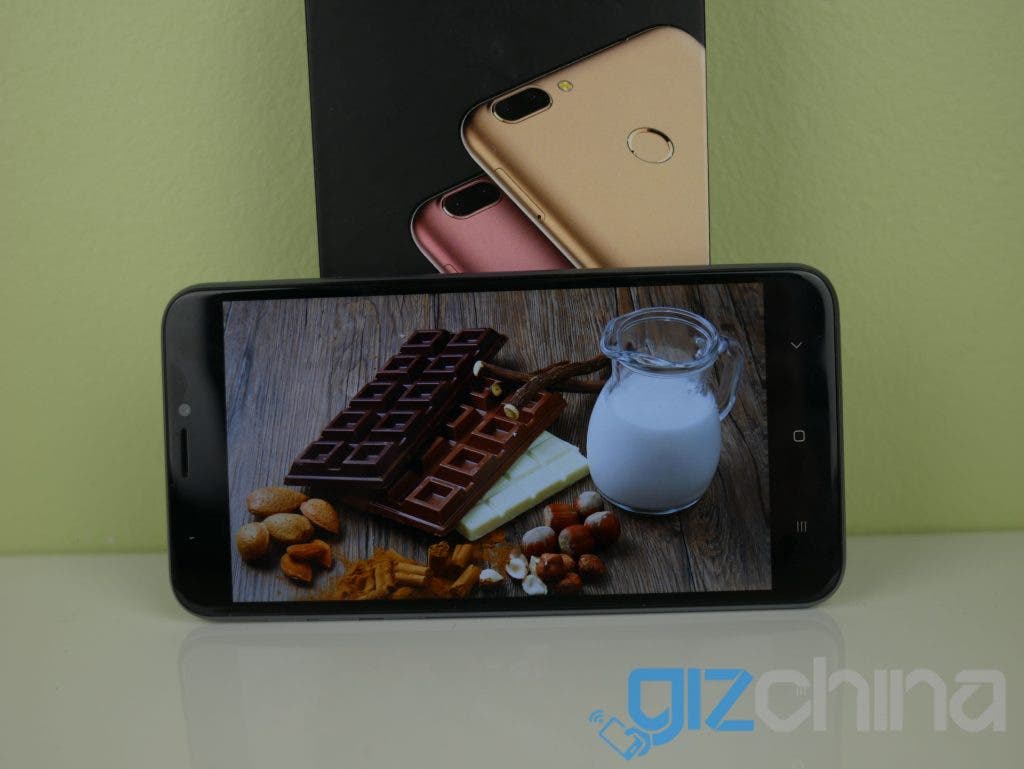 I’m quite impressed that Oukitel managed to squeeze in a 1080p display into this phone, and they didn’t use a completely terrible one either. Colours are reproduced very nicely and there is some decent contrast, but place it beside a more expensive phone and the difference becomes apparent.

Max brightness is OK, topping out at around 400 nits which means you’ll have great difficulty seeing it in direct sunlight. Everywhere else and the screen performs just fine. There is no protective glass on the screen either. 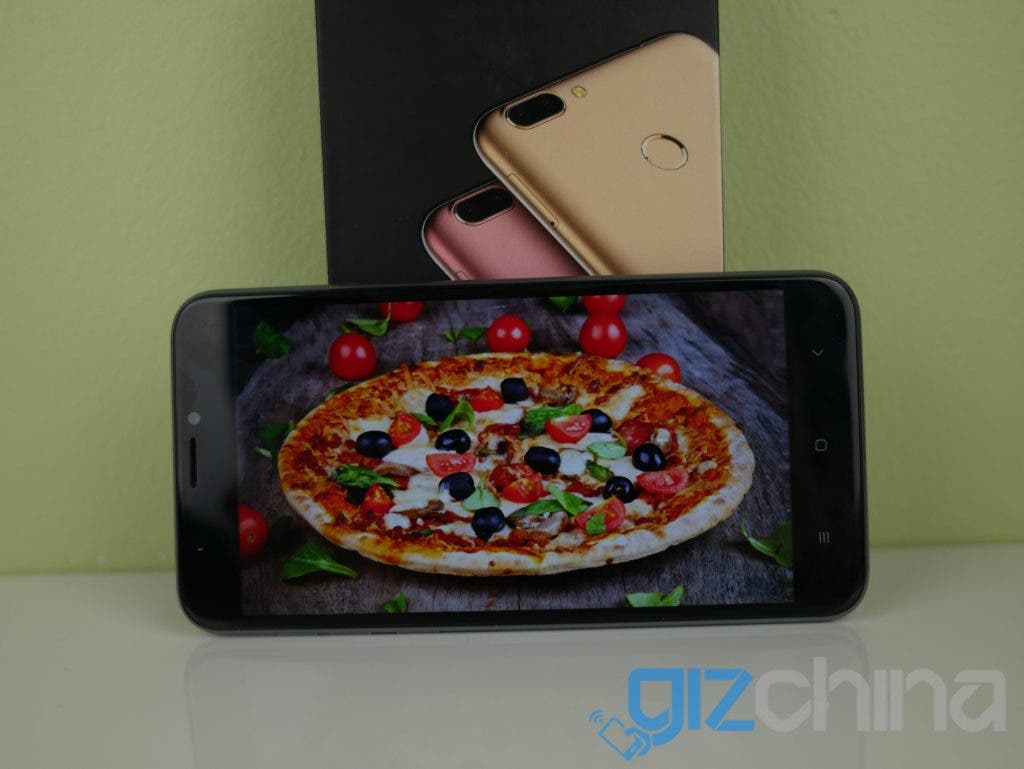 Oukitel U20 Plus Audio

The speakers are located beside the MicroUSB plug, and they produce some very loud sound, not as loud as the Mi5s, but definitely more than loud enough. Quality is a below average, there is some distortion at loudest volume and the audio is generally not very crisp.

However, I’m trying my best not to be harsh here as this phone has an ultra budget price of $99. Still though, don’t get your hopes up here.

Oukitel U20 Plus Battery

A 3300mAh battery is not large compared to Redmi or UMi devices, but its also not abysmally small either. Battery life here is about average, I was able to obtain around 4 hours of screen on time which is definitely not amazing but is probably not enough for heavy users to use without a charger. The use consisted of web browsing, some Reddit, social media, and taking photos.

Heavy users should consider long and hard whether this phone can get them through a day without charging as its a toss up while medium and light users won’t have a problem at all.

Oukitel U20 Plus Software

Performance has me the most afraid. I’ve dreaded reviewing MTK6737 phones because of how slow they are, but I was given a pleasant surprise here. When opening and closing light apps like messaging, calculators, or 9gag, it was generally quite fast. Same when swiping between home screens, also very fast as well. Yes, it is still slightly slower than high end phones but not by much. 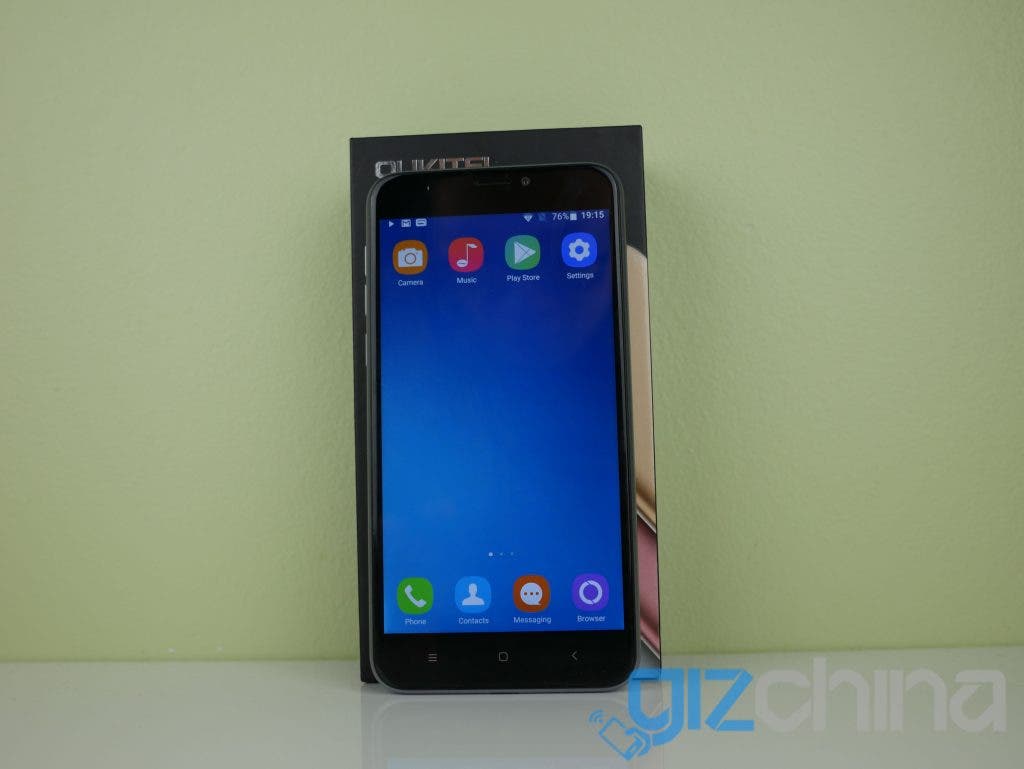 Where you start seeing slowdowns is opening heavier apps. For example, Facebook and Instagram take about 2-3 seconds from a screen tap to actually load, and other apps like the Play Store and Google Music take about a second or two. Definitely bearable, but not as fast as before. Multitasking is tough as well with just 2GB of RAM. The U20 Plus is no powerhouse but it is respectable enough to perform in day to day use.

I did see quite a bit of stutter when playing intense games such as NOVA or Asphalt so if you are an avid mobile gamer, this device is not for you. However, playing games that are not as graphically intensive such as Clash Royale or Candy Crush and you see no slowdowns whatsoever. It obtained a low score on Antutu as well which is expected. 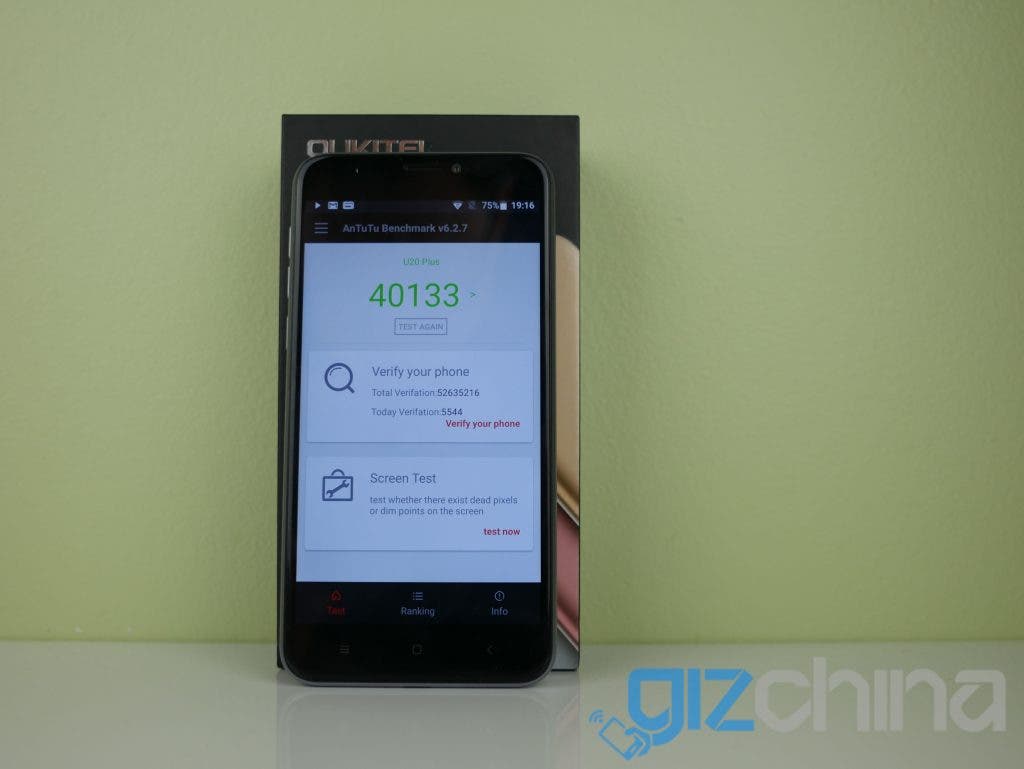 The fingerprint sensor is surprisingly bad, it doesn’t accurately detect my finger consistently and it gets even worse when my finger is even slightly sweaty. Speed is nothing good either.

Oukitel U20 Plus Connectivity

You get the usual range of 2G, 3G, and 4G network bands and make sure it works on your carrier, it works on mine.
WiFi, Bluetooth and GPS all work well as well.

Oukitel U20 Plus Camera

Putting in a second camera does not guarantee better photos. In fact, software is more important than ever in order to fully utilize both cameras to their full potential. On the rear we have a dual rear camera setup with 13MP and 0.3MP sensors.

I’m not sure what they are trying to achieve here, as a 0.3MP camera will only be good enough for capturing depth, not detail. I was hoping for a Huawei P9 Plus style dual camera where one camera captures colour while the other captures a monochrome image, combining the two for great photos (you sacrifice detail if you try to capture a colour image vs. a black/white image).

However that requires two identical cameras which is definitely not the case here. It seems that Oukitel is just going for a more pronounced bokeh effect in the style of the Redmi Pro, and I will say that they are somewhat successful, considering quality is sacrificed for the Bokeh effect. 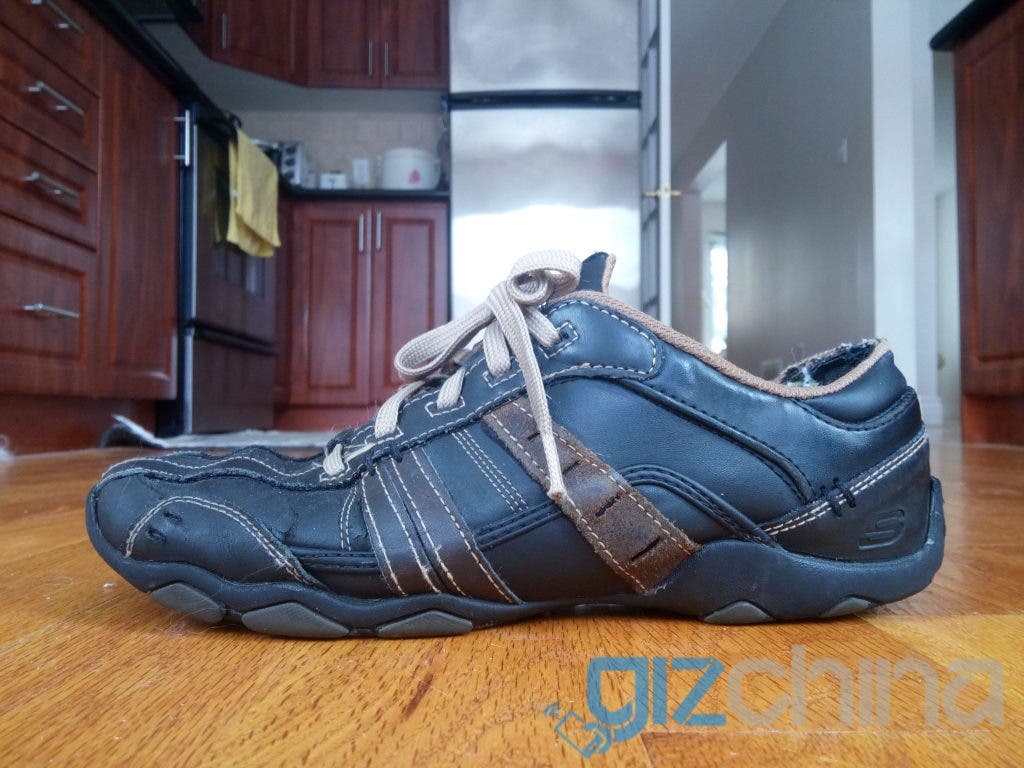 In “normal” camera mode, the camera takes pleasant pictures, definitely above average compared to other phones in this price range with the exception of the Redmi 4A. The phone excels in good lighting conditions, taking fairly detailed photos with decent colour saturation. Let’s put it this way, you’ll be able to see a marked difference between this and a flagship phone’s camera, but the comparison is more along the lines of good vs. best instead of bad vs. good.

In low lighting conditions the camera quality deteriorates fast. Graininess sets in and you start seeing artifacting as well. definitely not what you want to be seeing, when the main selling point of this phone is the camera.

The front facing camera pulls its fair share of weight, taking good photos on a sunny day but again failing to deliver in low light. 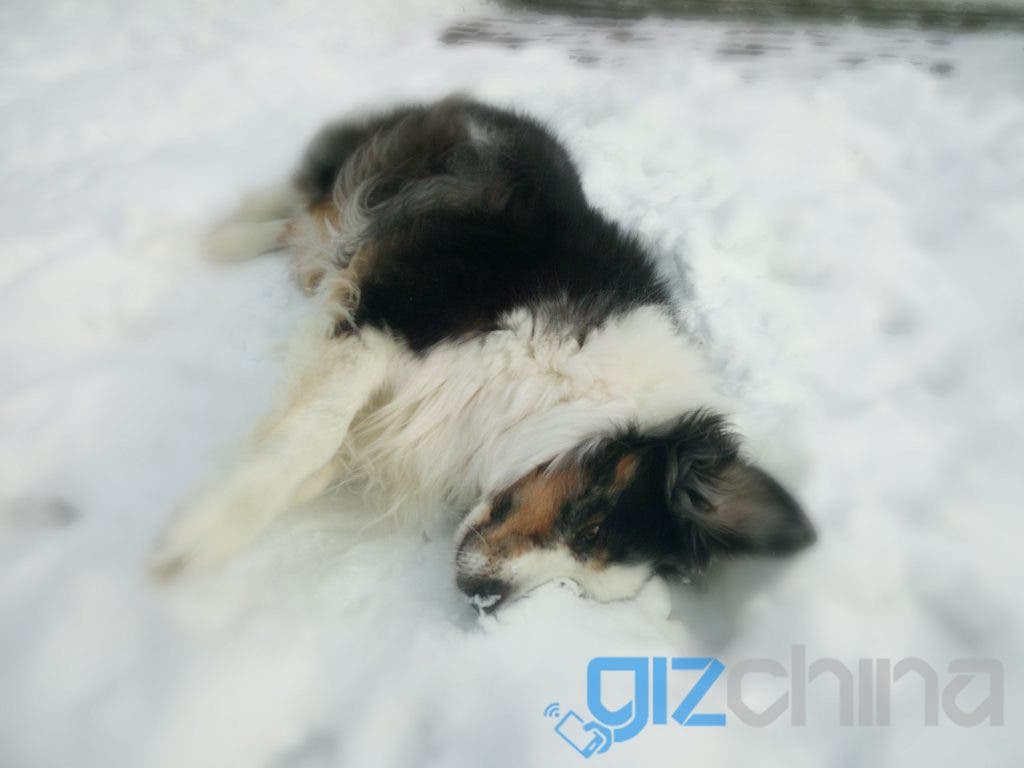 The highlight of this phone is the dual camera. This setup allows the U20 Plus to simulate the depth of field achieved by a fast lens by distinguishing the background from the foreground and applying digital blur to the former. You can even adjust the “virtual” aperture which allows you to adjust how much blur you want the camera to apply.

Two problems with Oukitel’s implementation here. First and foremost (pun intended), the transition area between focus and blurred areas can be inaccurate around the edges of objects (e.g. the edges are blurred in the photo below). This gives it quite the same effect as the Google Camera app’s “Lens Blur” functionality, which renders the second camera a little redundant.

However, when the camera does successfully eliminate blurred edges, the second problem comes into play. The camera setup has trouble distinguishing between the foreground and background and the transition between in-focus and out of focus areas is rather abrupt.

For example, no camera in the world is capable of keeping a vase shaped object in focus while the rest of the frame is out of focus, it is based on area not object and therefore can look unnatural. I will say though that I don’t consider the second “problem” a problem at all, in fact I quite like the unnatural look it gives photos but that’s something to be aware of. 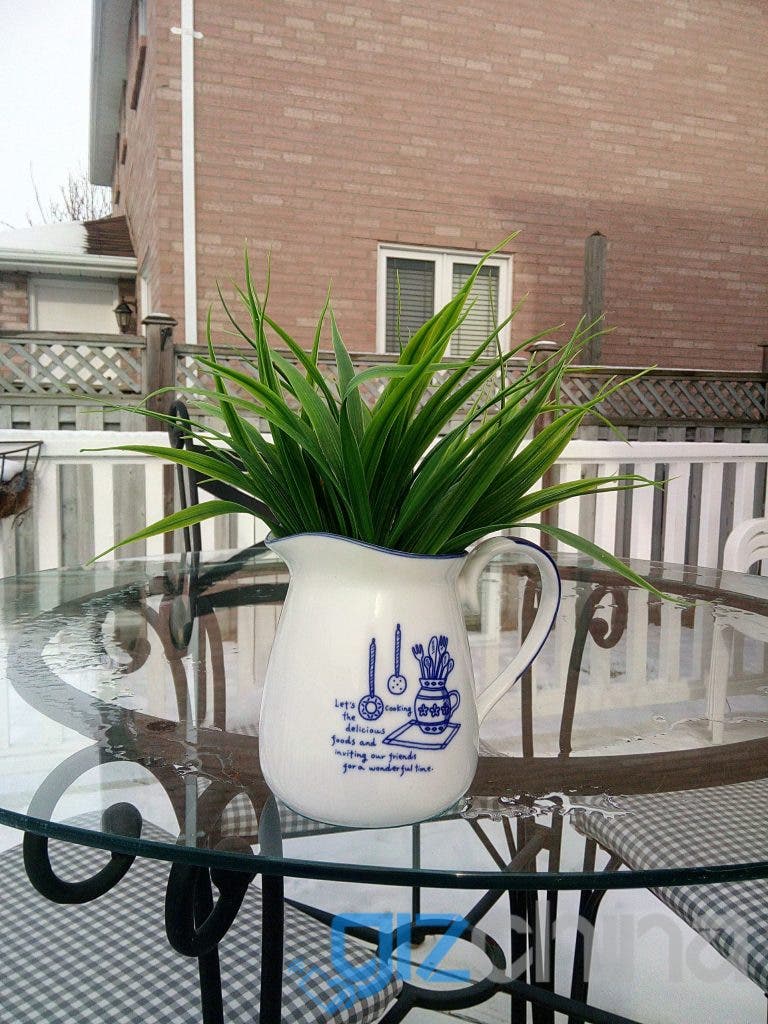 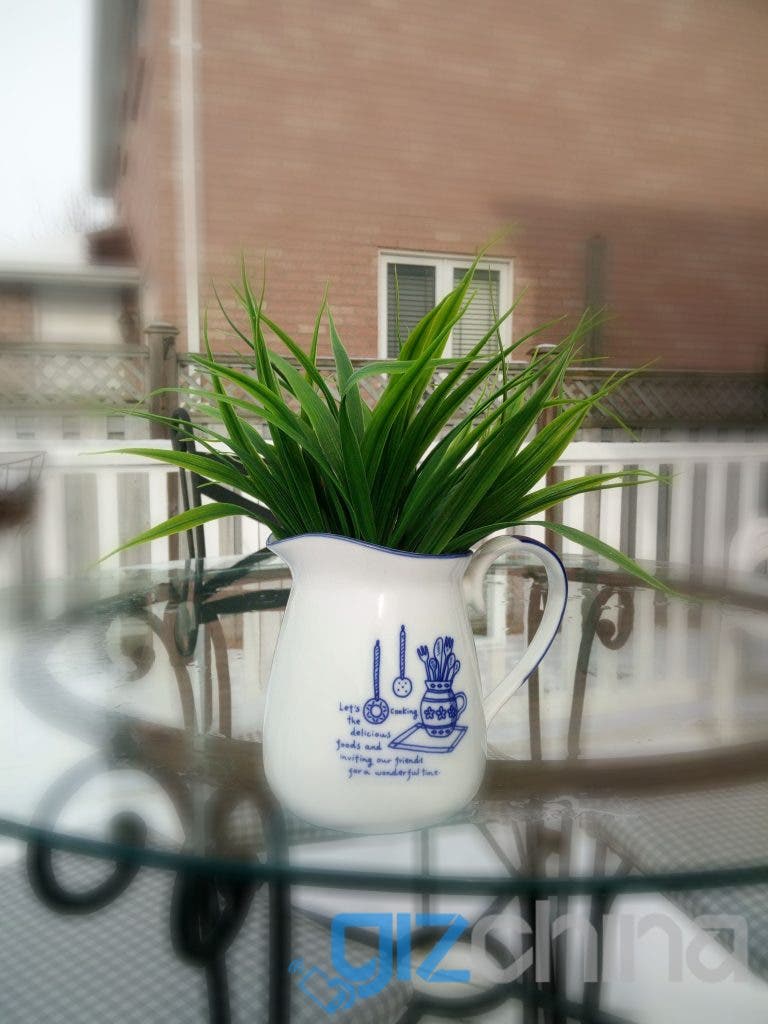 I do have a bone to pick with Oukitel though. They have added a decent bokeh effect to photos by adding in a secondary camera, but pictures taken in SLR mode (what Oukitel named bokeh mode) are actually slightly lower quality compared to in HDR mode. This means that you actually have to sacrifice some picture quality just to get some bokeh in your shot. I tried turning on both HDR and SLR mode to try and get HDR and bokeh in the same photo but every time I took a photo the bokeh would just disappear.

One last thing, the camera app is quite atrocious. Switching between different modes is quite a chore and I found the SLR mode (bokeh mode) laggy as well with the what is displayed on the screen a good ½-1 second behind the camera itself.

Oukitel U20 Plus Camera Gallery

Oukitel U20 Plus Verdict

Like I mentioned before, the dual camera will make or break this smartphone, and weirdly enough, it does neither. On one hand, it takes decent photos with plenty of bokeh if you do decide to turn the feature on, but on the other hand the dual camera setup doesn’t always work perfectly.

You’ll always get your bokeh mind you, but you sacrifice quality in return because photos taken in HDR mode actually look better than in bokeh mode. The rest of the phone is decent for $99. The MT6737 processor is entry level and coupled with 2GB of RAM is good for light tasks. It’s quite competitive with other phones utilizing the same processor and in that situation; the dual camera setup can be a potent feature to swing you from an equivalent MT6737 phone. However, it does face competition in the Bluboo Dual which features a metal body but costs $20 more (around $30-40 more from resellers).

“only buy if you absolutely want dual cameras”

You can purchase the Oukitel U20 Plus here.

Oukitel U20 Plus Video Review

Oukitel U20 Plus Gallery